The fascinating story of the Polish nobleman who owned Amsterdam

Adam Mierosławski was an adventure seeker, nobleman, traveller, sailor and a businessman. His goal was to make a fortune, but he ended up as ruler of Amsterdam, but not the one in Holland.

On a map Mierosławski’ Amsterdam is just a small dot in the Indian Ocean. From the island to the nearest continent it is about 3,000 kilometres. Amsterdam and St. Paul, a neighbouring island, are part of the French Southern and Antarctic Lands. But two centuries ago they were nobody’s land, so in 1842 Adam Mierosławski decided to he could become their owners.

Mierosławski was 28 years old at the time and ready to conquer the world. Together with his close friend Adolphe Camin they decided to build a small harbour, start catching fish and then send the catch to French colonies. First, he had to talk the governor of Reunion, an island nearby, into seeing the benefits of the project.

All he had to do was to get France to extend its protectorate over the islands, and ensure the claim by the partnership of Mierosławski-Camin was recognised. This, they thought, would guarantee success. Camin had known the governor for many years so all should be well. 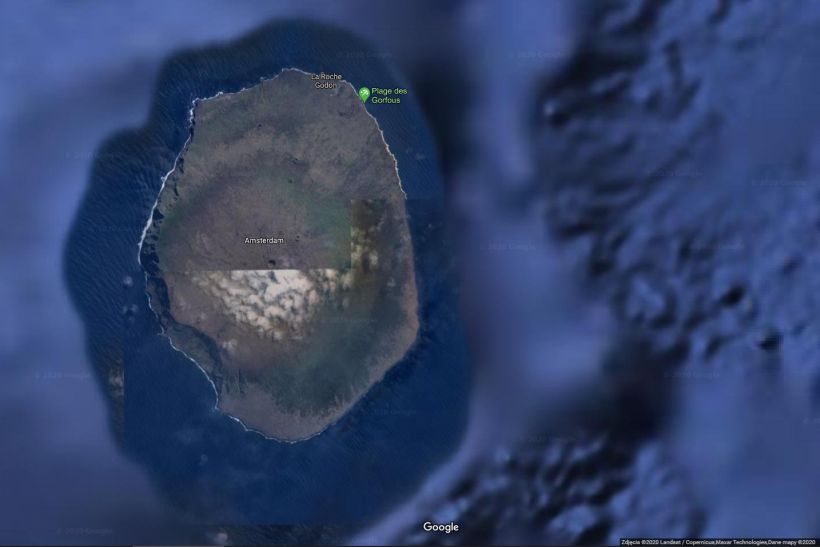 The island has remained uninhabited for most of its history.Google Maps

Mierosławski has always dreamt of travelling to far-flung places. He was born in 1815 in Stryków, a small city near Łódź. He grew up in a noble household, his father was one of Napoleon’s officers and his brother was noted for his role as a leader of the January Uprising. Adam decided not to go to school so he could join the fight against Russia. He joined the Polish army aged just 15 although he told people that he actually two years older. Come the end of the uprising, which had failed, he found himself in France.

In Nantes he boarded a ship and decided to travel the world. He reached Reunion, Sumatra, then travelled to South America and to India’s trading posts. On his first journey he was just a cabin boy but he went on to become a captain of ocean-going ships.

It was when he was serving as a captain that came across the islands in the Indian Ocean.

Camin convinced the governor of Reunion that the two islands should be French possessions. In addition to that Mierosławski gained property rights to both of them. By 1843 Camin’s and Mierosławski’s business was booming.

Did anyone own Amsterdam Island before Adam Mierosławski? According to Stanisław Rakusa-Suczewski, a Polish biologist and Polar explorer, the Portuguese were the first ones to discover St. Paul’s Island, while Amsterdam was first spotted by the Spaniards around 1522. However, 100 years later Dutch sailors named the island after the Dutch city. 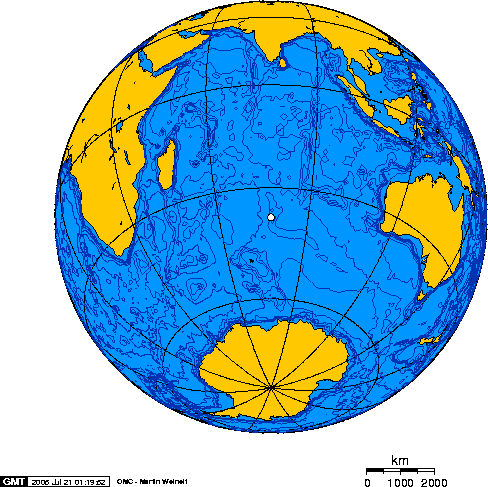 The island lies some 3,000 kilometres from the nearest land mass.Public domain

Anyway, for Mierosławski everything was going well, but not for long. The British started to become increasingly interested in the islands. Unwilling to go to war over two tiny specks of land the French governor gave up and took down French flags.

Mierosławski wasn’t too happy about this.

“If the British are going to come here, I will put up the Polish flag and I will ask them to bury me underneath it,” he said. But in the end the nobleman decided to pack his bags and return to Poland.

In 1850 he bought his first merchant ship, which he named ‘My Poland’. Sailing the Indian Ocean he soon became well known among sailors. Once, during a storm off Mauritius, instead of heading to the safety of port, he stayed out to help drowning fishermen. An act of courage that lost him his ship.

In the spring of 1851 he travelling to Australia when fell ill and died, and that was the end of Mierosławski.

In the meantime his islands had been abandoned and almost forgotten. It was not until the end of the 19th-century that the French remembered about them and brought them back under their control, and they remain French territory to this day. St. Paul’s Island is still while on Amsterdam there is a small research station with about 20 scientists researching the fauna and flora of the island.

The island of Socotra has few people and little contact with the outside world.