The face jewellery that stops you being recognised by artificial intelligence

Ewa Nowak, who graduated from the Academy of Fine Arts in Warsaw, created the jewellery which has been compared to something an Egyptian Goddess would wear, to combat the creeping number of facial recognition technologies being implemented globally. She successfully tested her device against Facebook’s DeepFace algorithm. 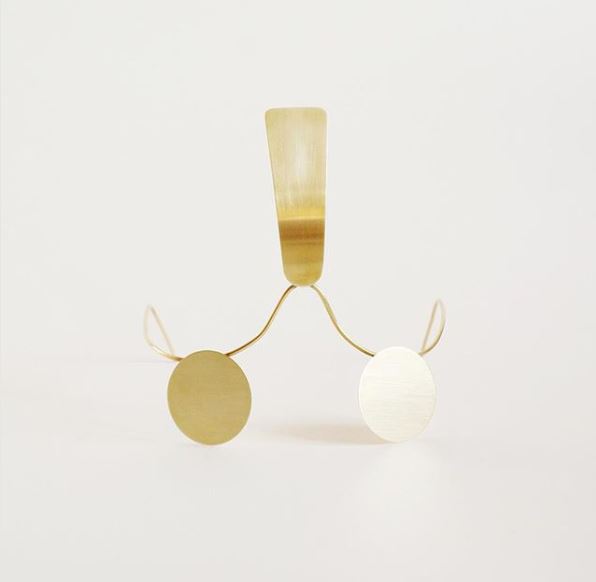 Made of polished brass the frame holds two discs below the wearers eyes while a strip sits above the nose going up the forehead towards the hairline.Noma Design Studio/Instagram

“Cameras are able to recognize our age, mood or gender and precisely match us to the database - the concept of disappearing in the crowd ceases to exist. This is definitely of great value in the form of increased security and detection of dangerous units. On the other hand, in what direction will the supervision of society develop?” Ewa Nowak, co-founder and designer at NOMA Studio, said.

The jewellery has been given the name ‘incognito’ by Nowak and is the result of extensive testing. Made of polished brass the frame holds two discs below the wearers eyes while a strip sits above the nose going up the forehead towards the hairline. 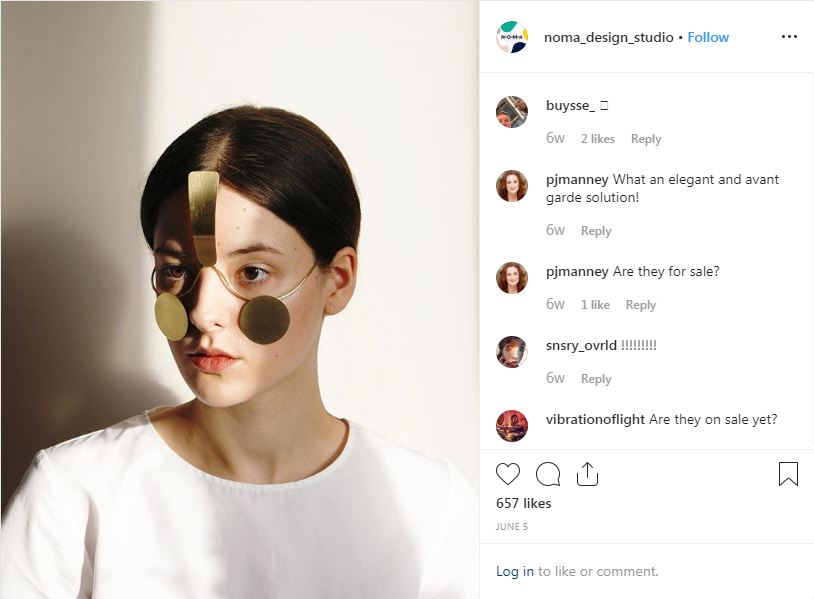 The jewellery has been compared to something an Egyptian Goddess would wear.Noma Design Studio/Instagram

The algorithms used in facial recognition technology rely on mapping points on an individual’s face.

The relative position, size, and/or shape of the eyes, nose, cheekbones, and jaw to identify faces from within their database.

The positioning of the discs and strip prevents the software accurately mapping these points and stops it identifying the wearer. 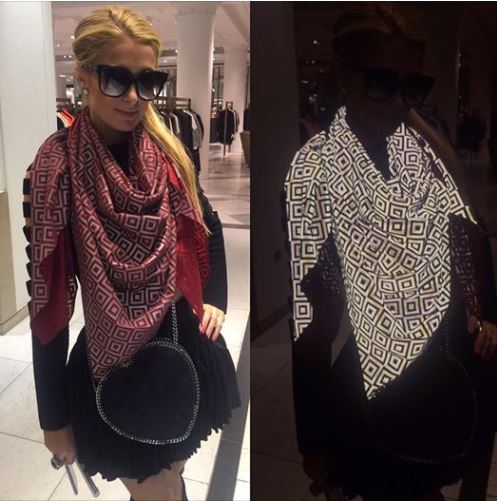 Paris Hilton rocking the anti-flash ISHU scarf which prevents paparazzi from getting photos with a flash photography. Left pic without flash, right pic taken with flash.ISHU/Facebook

“This project was preceded by a long-term study on the shape, size, and location of mask elements so that it actually fulfils its task,” Nowak said.

This is not the first attempt for people who are camera shy to stop themselves being recognized, fashion brand ISHU has a range of attire that stops wearers being recognized when flash photography is used. Their popular scarves are worn by celebrities such as Paris Hilton, Nick Jonas, Jay-Z, Jeremy Piven and Debby Ryan to combat paparazzi snapping pictures of them. 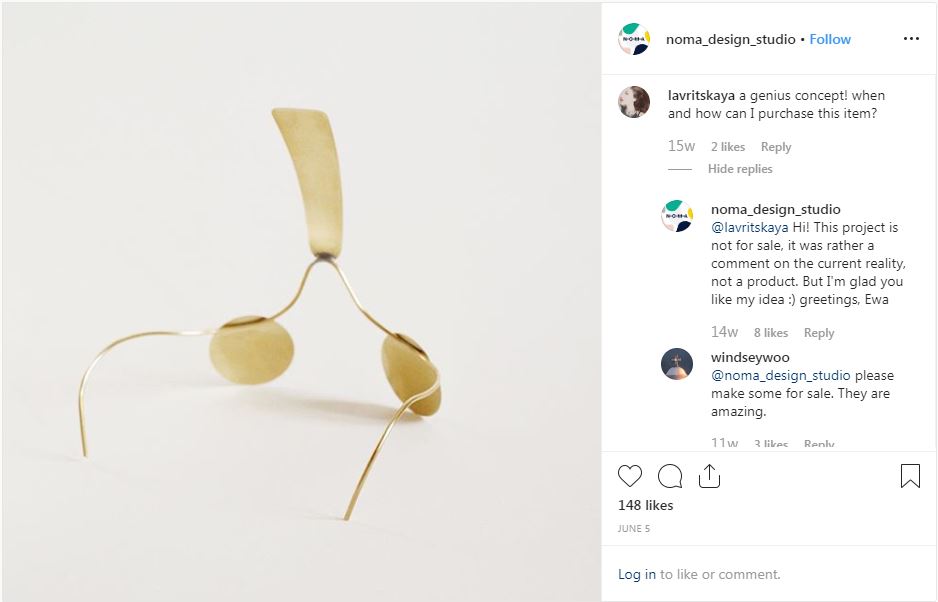 After being inundated with requests for the face piece, Ewa revealed it wasn’t for sale but more of a “comment on the current reality.”Noma Design Studio/Instagram

Nowak answered multiple requests on her social media, asking to buy the item, by telling her followers that: “This project is not for sale, it was rather a comment on the current reality, not a product. But I'm glad you like my idea.”

While Nowak might not have any interest in selling her design other fashion houses used facial jewellery when showcasing their Spring 2020 collections during in September. Designers Daniel Roseberry at Schiaparelli, Pier Paolo Piccioli at Valentino, and Giambattista Valli all had their fashion week models walk the runway with facial adornments.