The day that changed history: Picturesque town of Wieluń among first casualties of German invasion that sparked WWII

In the early hours of 1 September 1939, 29 Stuka bombers took off from Germany under the command of Captain Walter Sigel.

Half an hour later they reached the small, picturesque town of Wieluń in southwest Poland and decimated it with twenty-nine 500-kg bombs and one hundred and twelve 50-kg bombs. 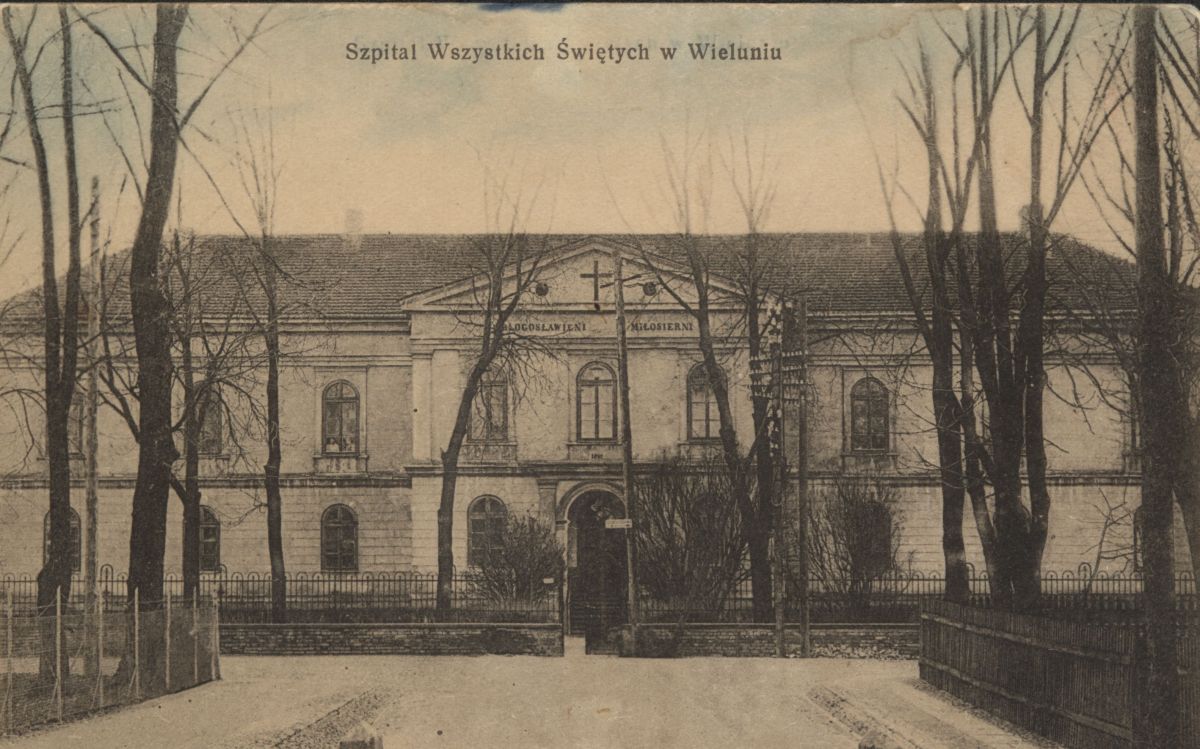 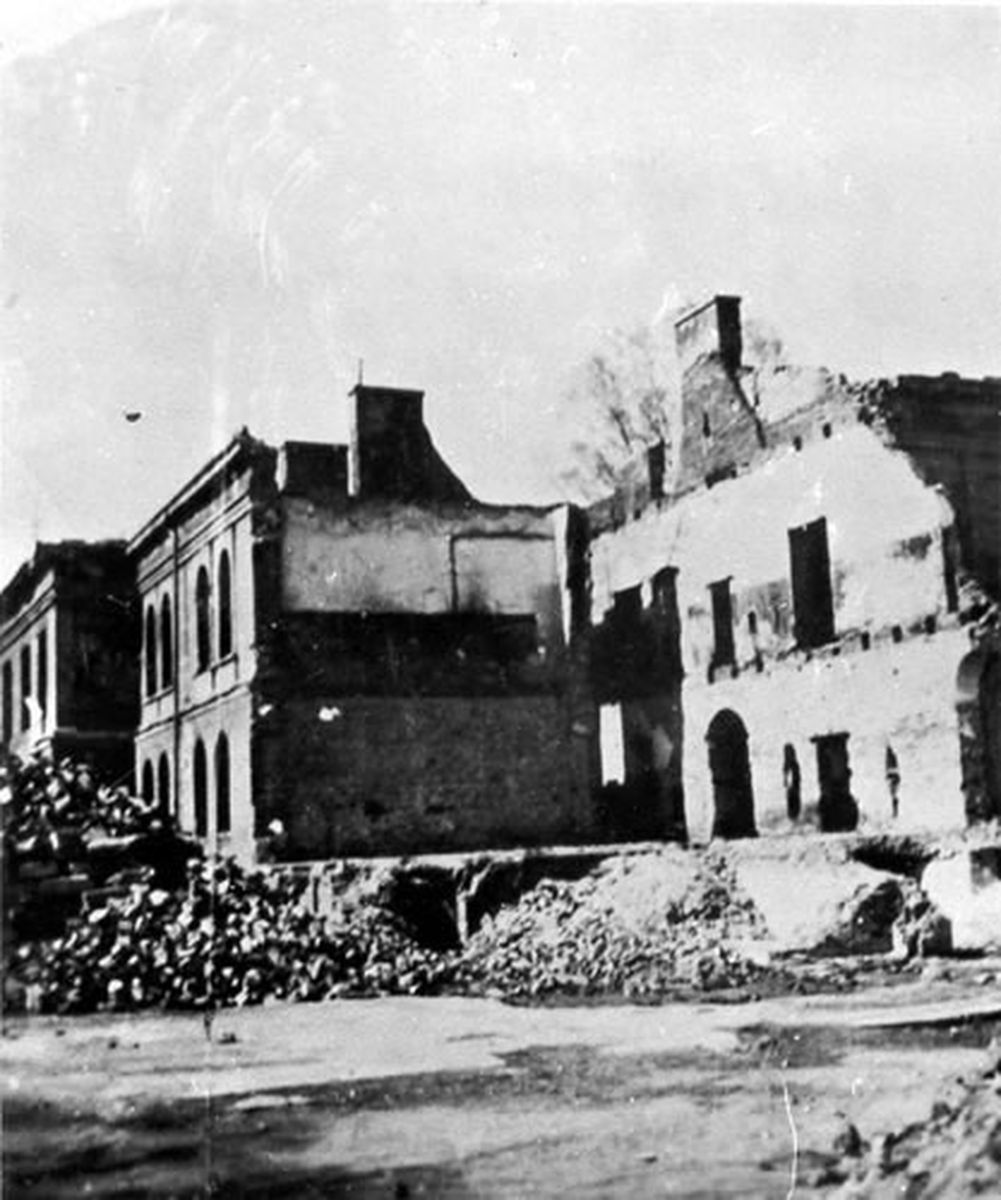 The first bombs to fall hit the All Souls Hospital, which was clearly marked with the symbol of the Red Cross.IPN

Considered by many to be the very first bombing campaign of WWII, the town was razed to the ground with 75 percent of its buildings destroyed.

Though exact numbers of those killed vary between 127 in the city itself to over 1,200 including the surrounding county, the attack has been described as the first war crime committed by Nazi Germany in World War II.

The first bombs to fall hit the All Souls Hospital, which was clearly marked with the symbol of the Red Cross. 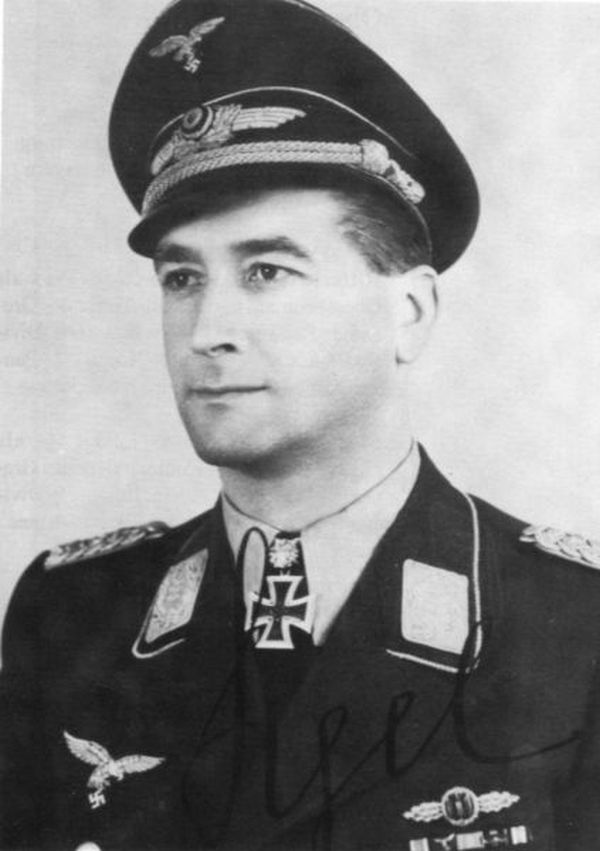 The raid was led by the Luftwaffe’s Cpt. Walter Sigel.Wehrkundearchiv

Seen as a deliberate attack to show Hitler’s disregard for the Hague Convention which protected such buildings, the bombing killed 26 patients and six medical personnel.

According eye-witness accounts, the Germans carried out three bombing raids over Wieluń. The first commanded by Walter Sigel, the second by Captain Friedrich Karl von Dalwigk and the third by Oskar Dinort who is said to have been proud of having dropped the last bomb on the town’s square.

None were ever brought to trial. 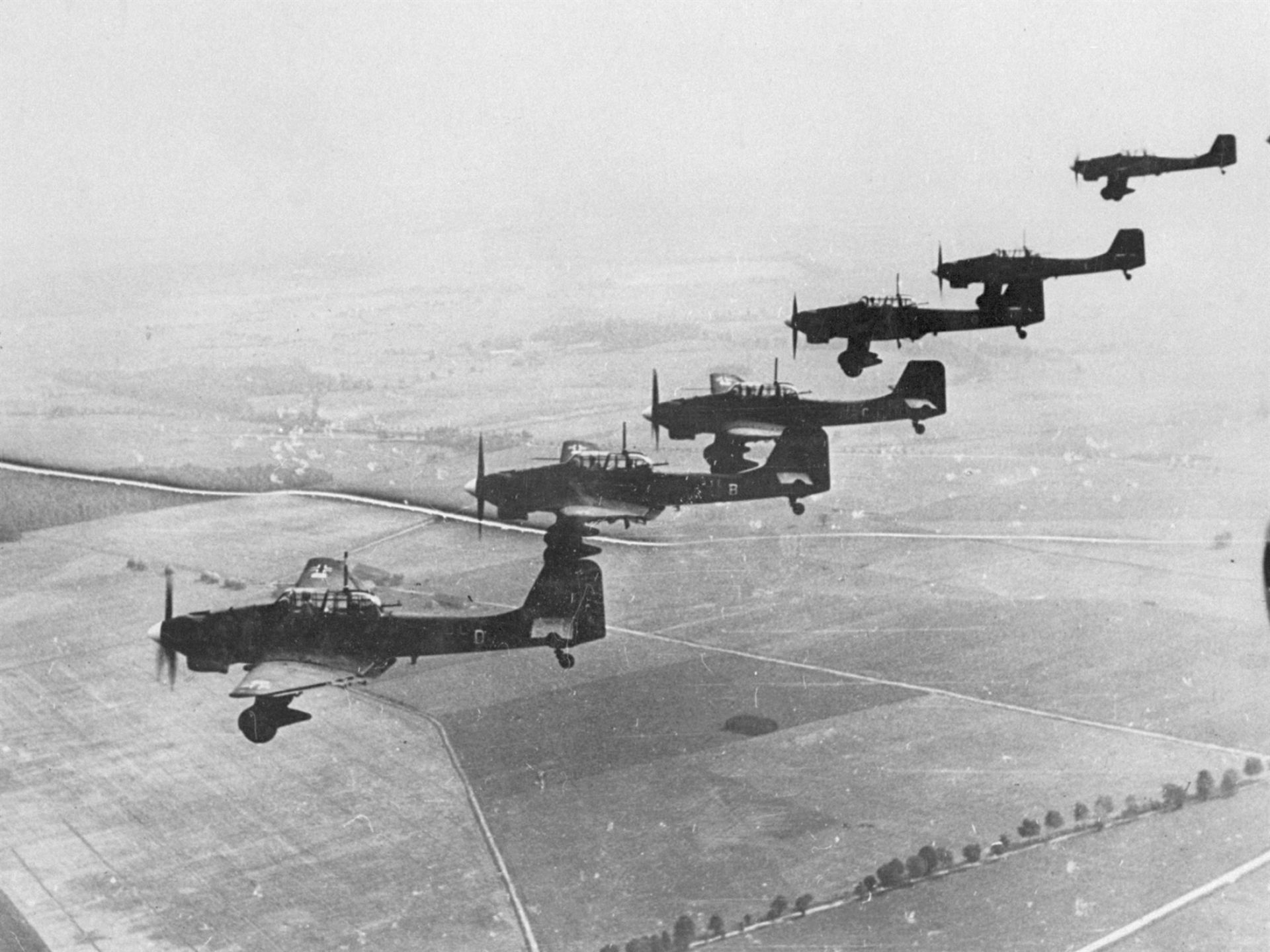 Historians are divided over the exact time of the attack, thus calling into question whether it was the first casualty of WWII, and are unsure of the exact reasons for the attack as the town was not strategically important and had no Polish military garrison.

But according to German journalist Joachim Trenker, who produced a film about the bombing for German television in 1989, it was symbolic of a new type of warfare, a total war in which there was no demarcation between civilians and military. 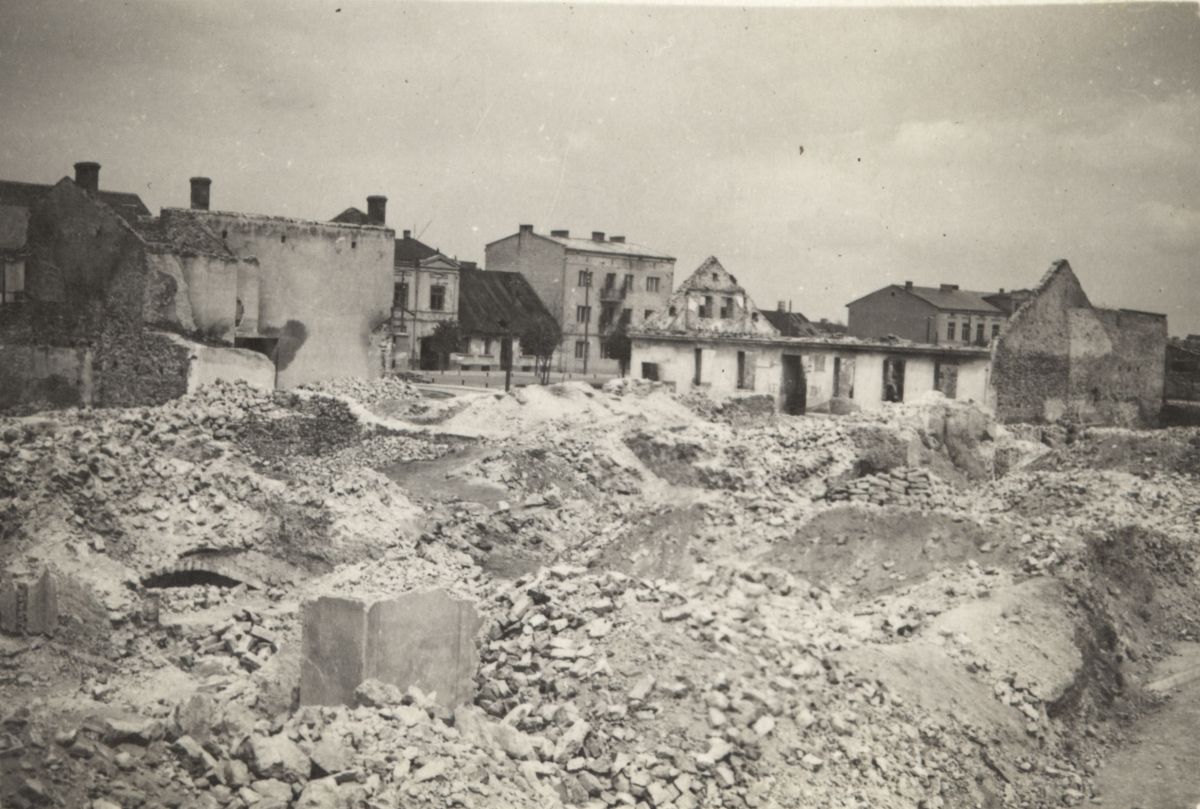 By the time the bombing raid had finished, 75 percent of the town’s buildings had been destroyed.IPN

Another theory is that the attack was used by the Germans to test a new model of plane, the Junkers Ju 87, later the pride of the Luftwaffe.

Undisputed however, is that the attack was an element of the German’s Blitzkreig strategy aimed at sowing chaos and disorganisation and winning a psychological upper hand over the enemy. 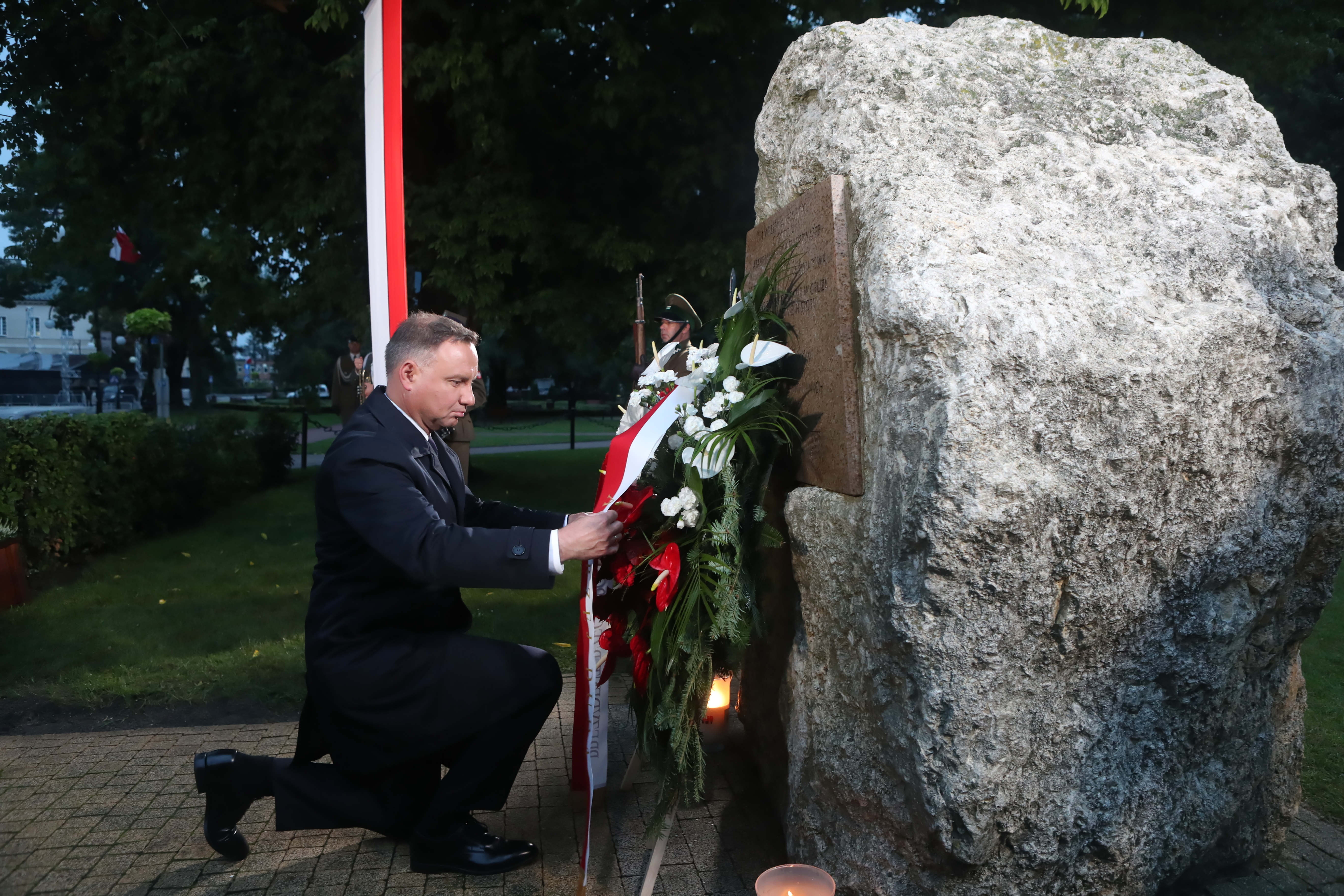 Speaking at today’s ceremony in the town to mark the 82nd anniversary of the outbreak of WWII, President Andrzej Duda said: Roman Zawistowski/PAP

Speaking at today’s ceremony in the town to mark the 82nd anniversary of the outbreak of WWII, President Andrzej Duda said: "It was an act of terror, it was not an ordinary war.

"From the very beginning, it was about breaking all the rules of warfare that were binding then as they are now.”