Shot by Oskar Lewiński, a series of photos depicting Gdynia at night have thrilled the public after sweeping Facebook and other online platforms.

Almost haunting and ethereal in their stillness and beauty, Lewiński’s images have captivated viewers, and in the process underscored Gdynia’s burgeoning reputation as a city to treasure. 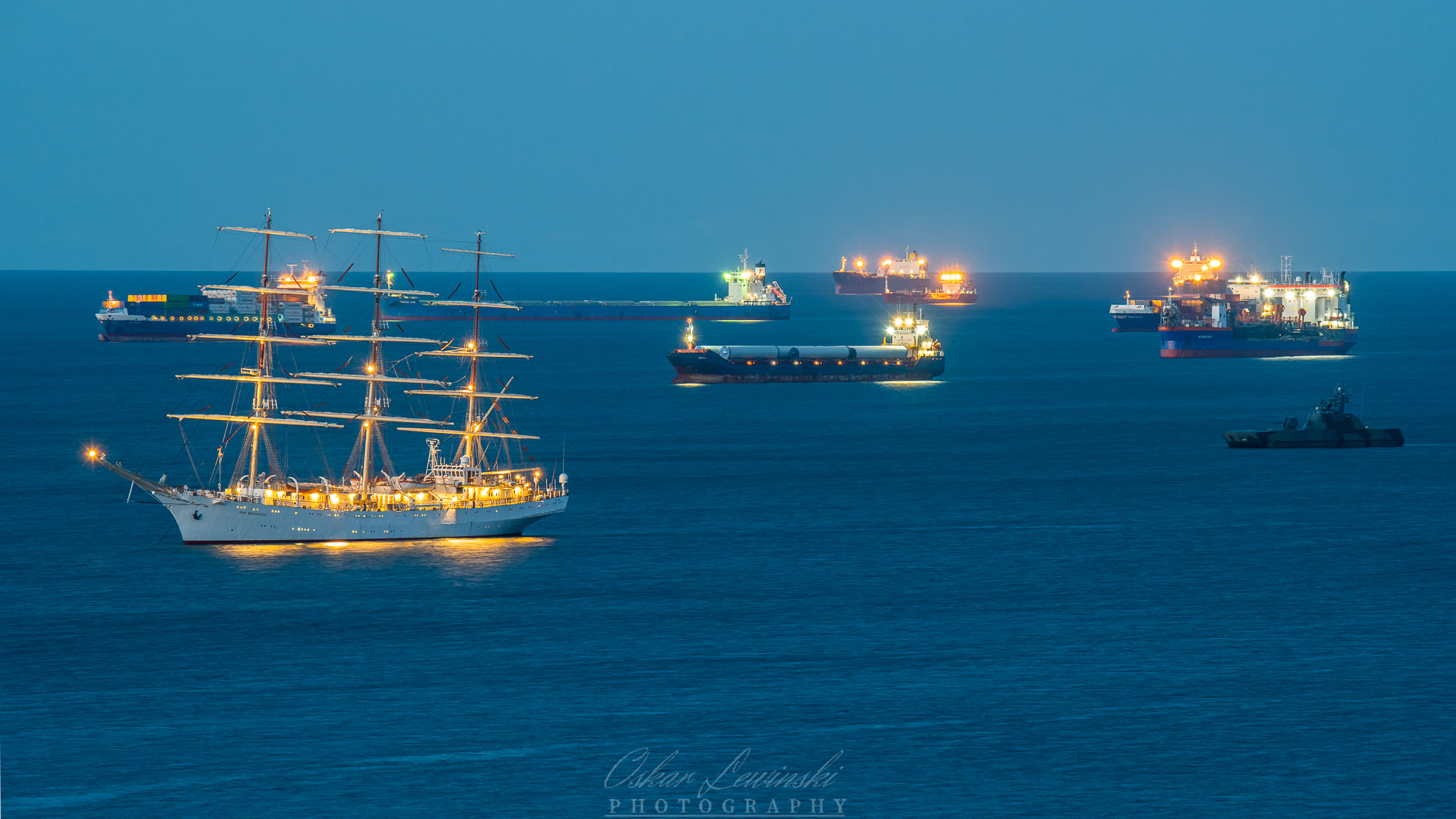 Choosing to shoot at night due to his daytime work commitments, the 44-year-old amateur snapper only moved into DSLR photography three-years back.Gdynia NOCĄ/Oskar Lewiński

Choosing to shoot at night due to his daytime work commitments, the 44-year-old amateur snapper only moved into DSLR photography three-years back having first flirted with so-called Mega Zoom cameras.

A native of Gdynia, Lewiński’s images have struck a chord on account of their pristine magnificence. 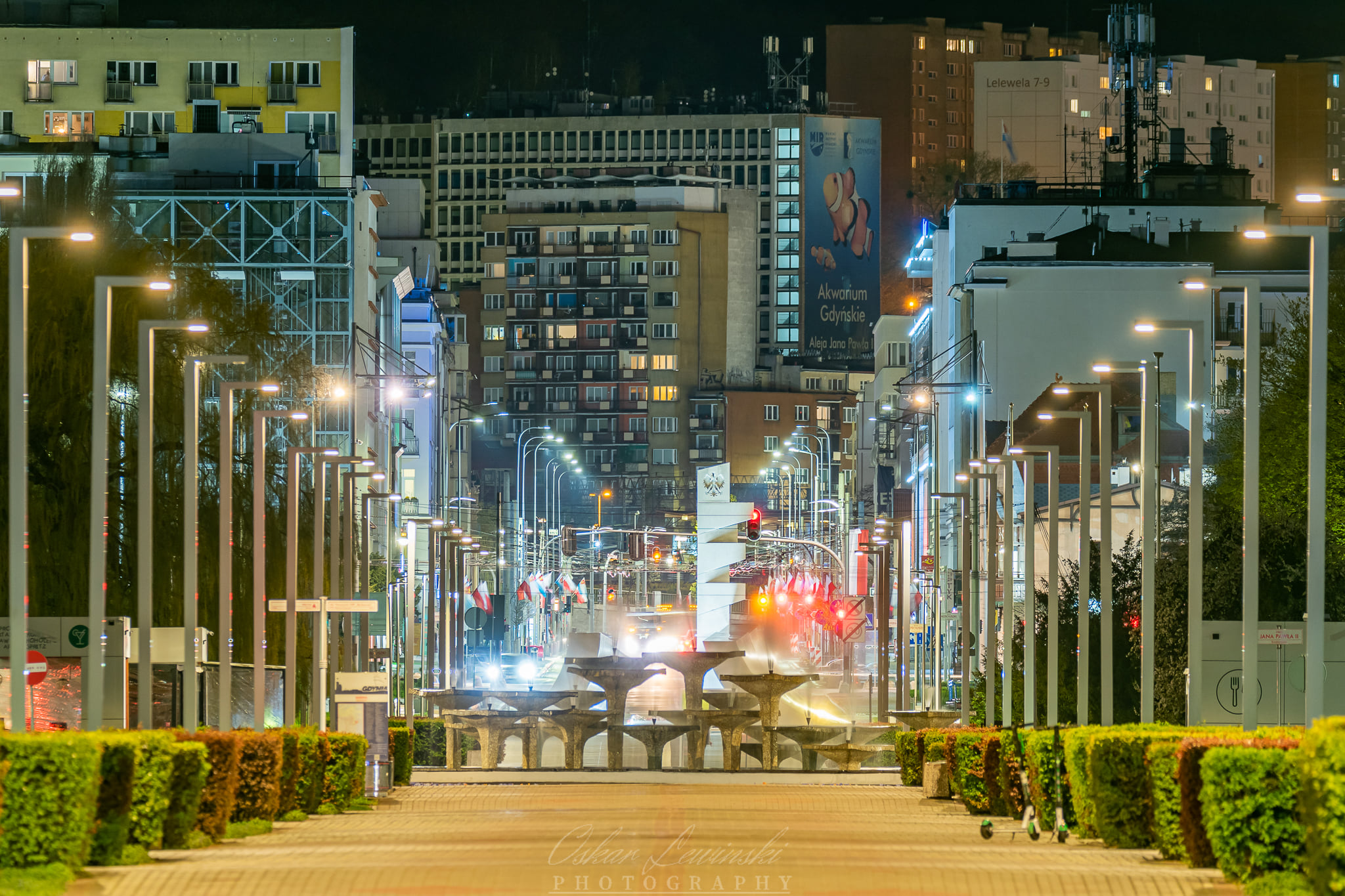 “I think people enjoy these night time photos because they allow for a different perspective of the city,” he tells TFN.Gdynia NOCĄ/Oskar Lewiński

“I think people enjoy these photos because they allow for a different perspective of the city than daytime,” he tells TFN. “You see the lights reflecting on the water, the glow of the city in the skies and the structure of the clouds. Even the reflections you see in the windows are more noticeable at night.”

Learning his craft through trial and error, Lewiński’s step-by-step approach has paid dividends. 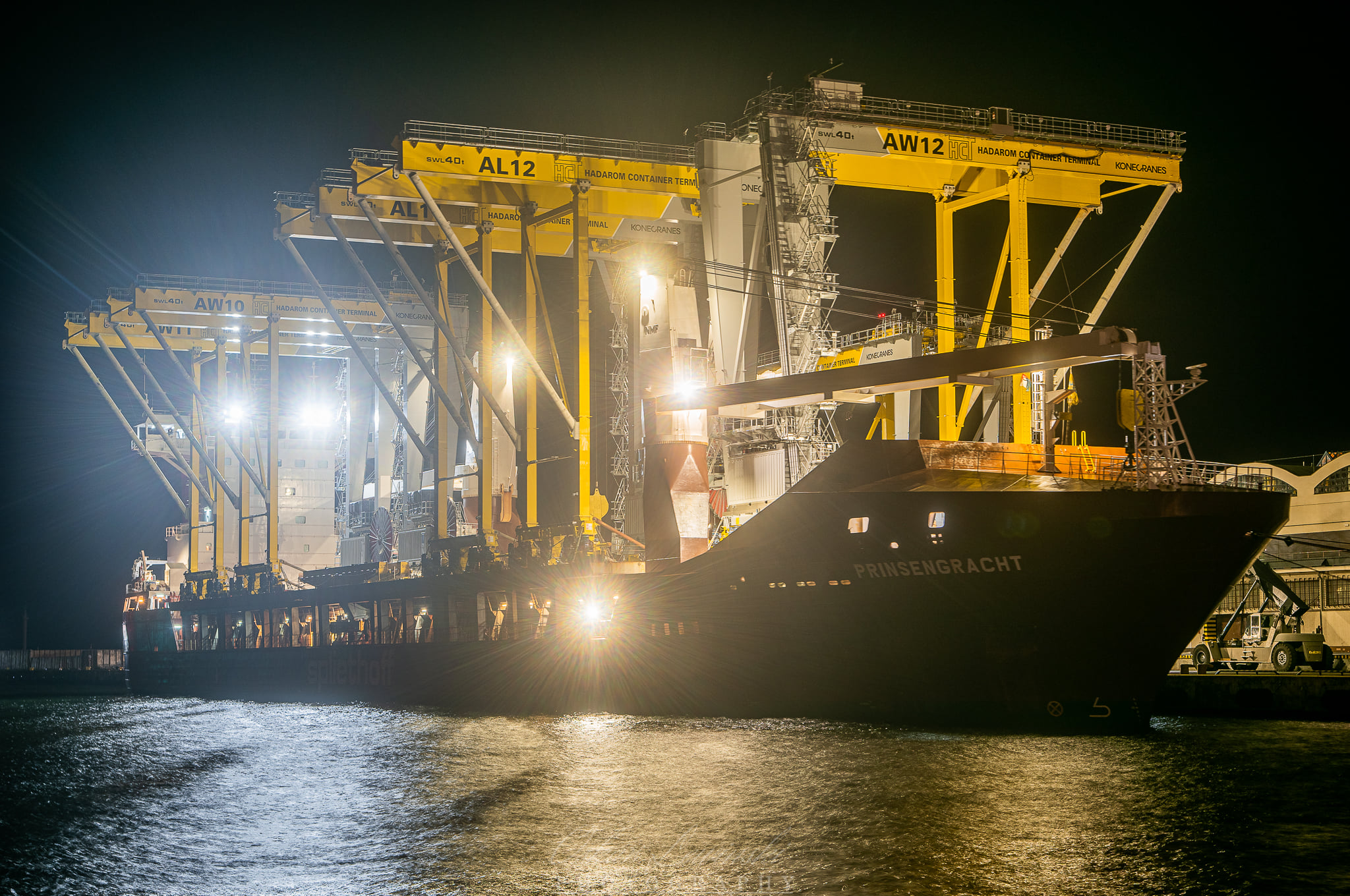 “I learn from my mistakes,” he says. “It’s possibly not the easiest or quickest way to learn, but I think being out ‘in the field’ is the best way to get to grips with photography. But doing so, you need to be able to draw your own conclusions and work out where you are going wrong.”

Though pushed into evening photography on account of his daytime working hours, Lewiński has no regrets about sacrificing a large chunk of his evenings to hunt for the perfect shot: “I’m fascinated by the night,” he says, “the skies and the city are so different to what people see during the day.” 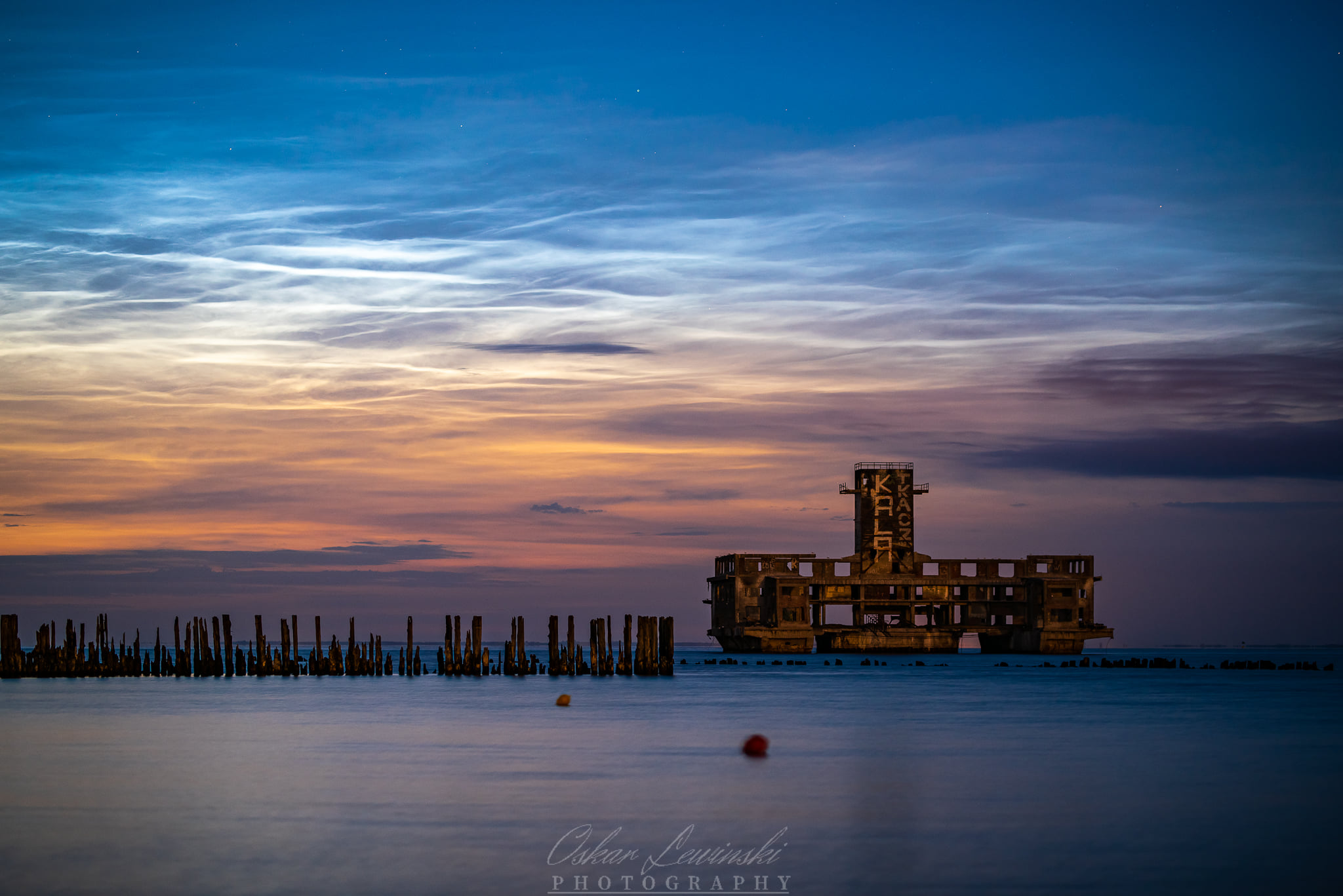 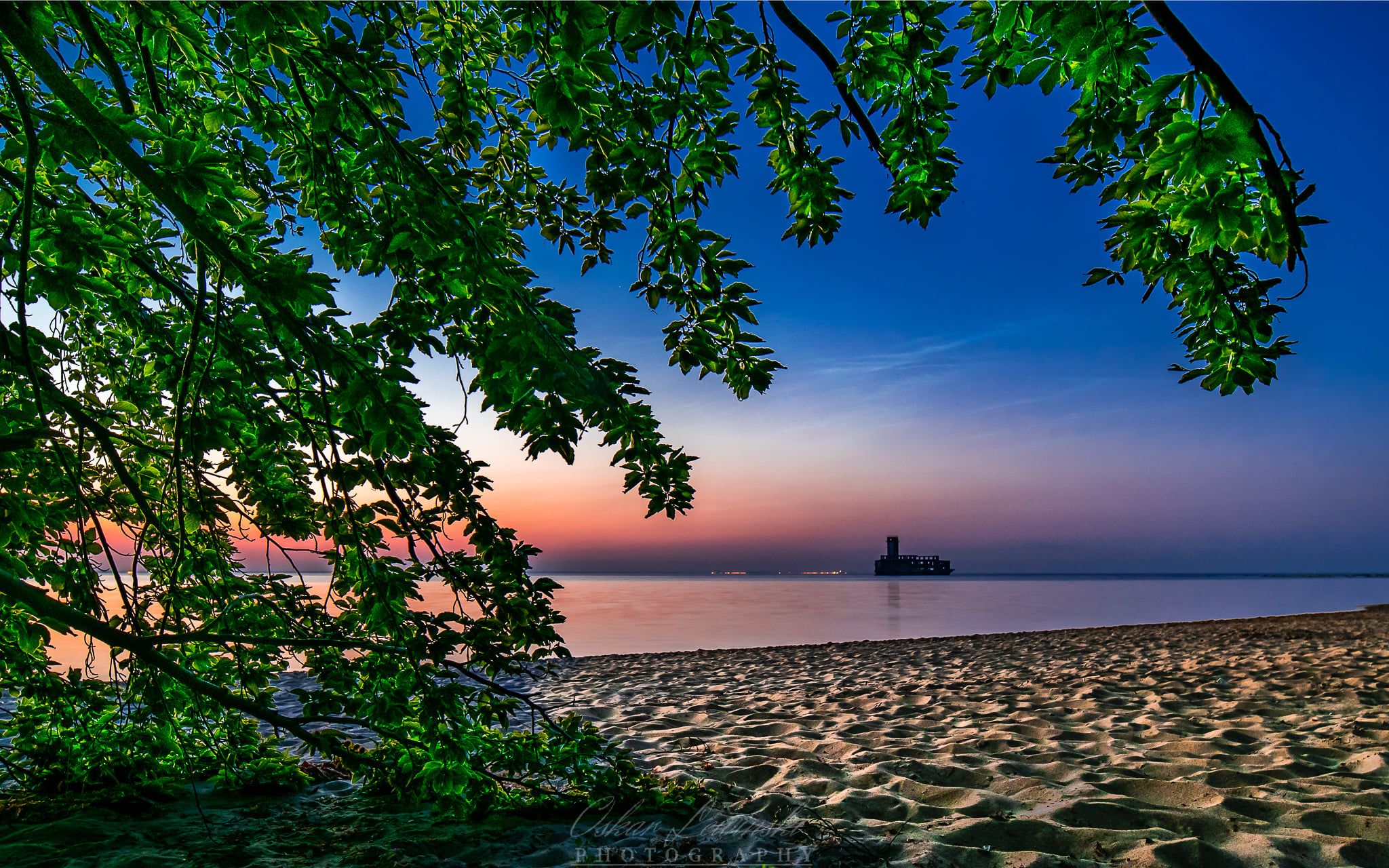 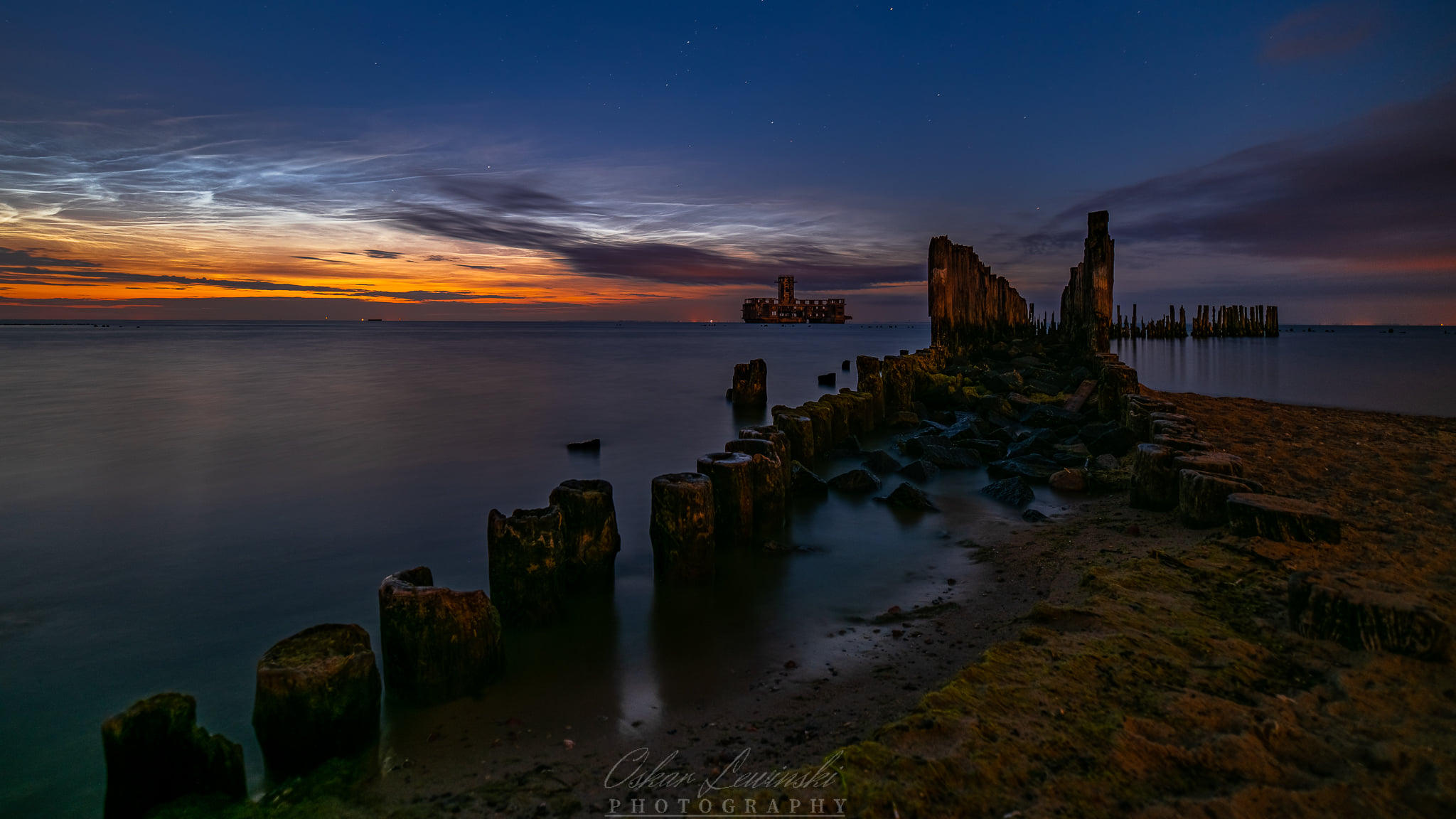 Lewiński reserves special praise for the mysterious beauty of Babie Doły – pictured in the distance, the ruins of a WWII torpedo depot emerge from the sea.Gdynia NOCĄ/Oskar Lewiński

Patience, however, is key he says. 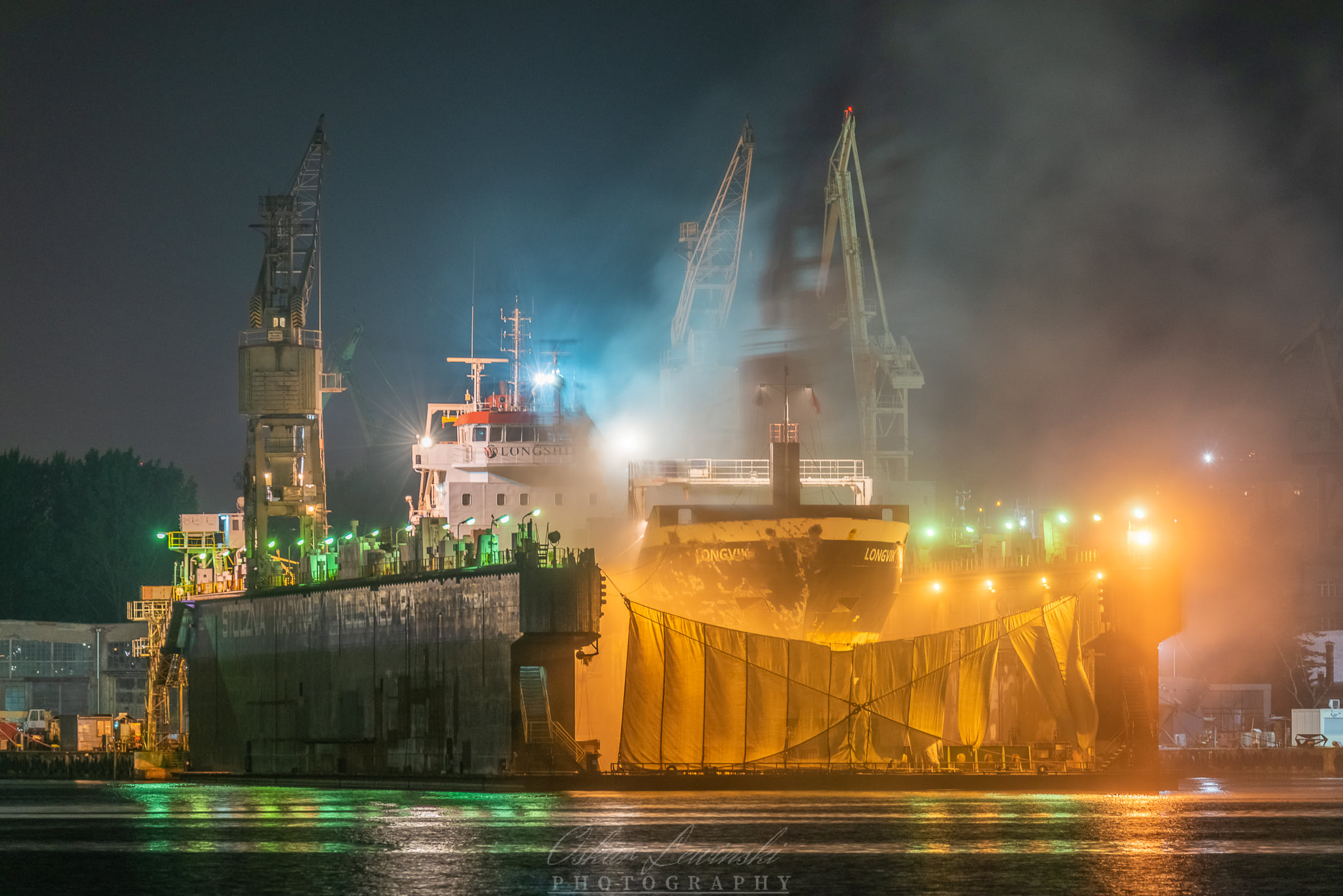 “More than once,” he continues, “I’ve started out photographing a sunset in the port only to head into Gdańsk before returning for sunrise in Orłowo. It’s crazy, but the rush of photography is great. It’s like time doesn’t exist – the hours just fly.”

Sometimes “hunting” for shots with his friend, professional photographer Marek Stan, a highly-regarded expert when it comes to photographing auroras, Lewiński has proven especially committed when it comes to astrophotography and seeking out natural phenomenon such as noctilucent clouds. 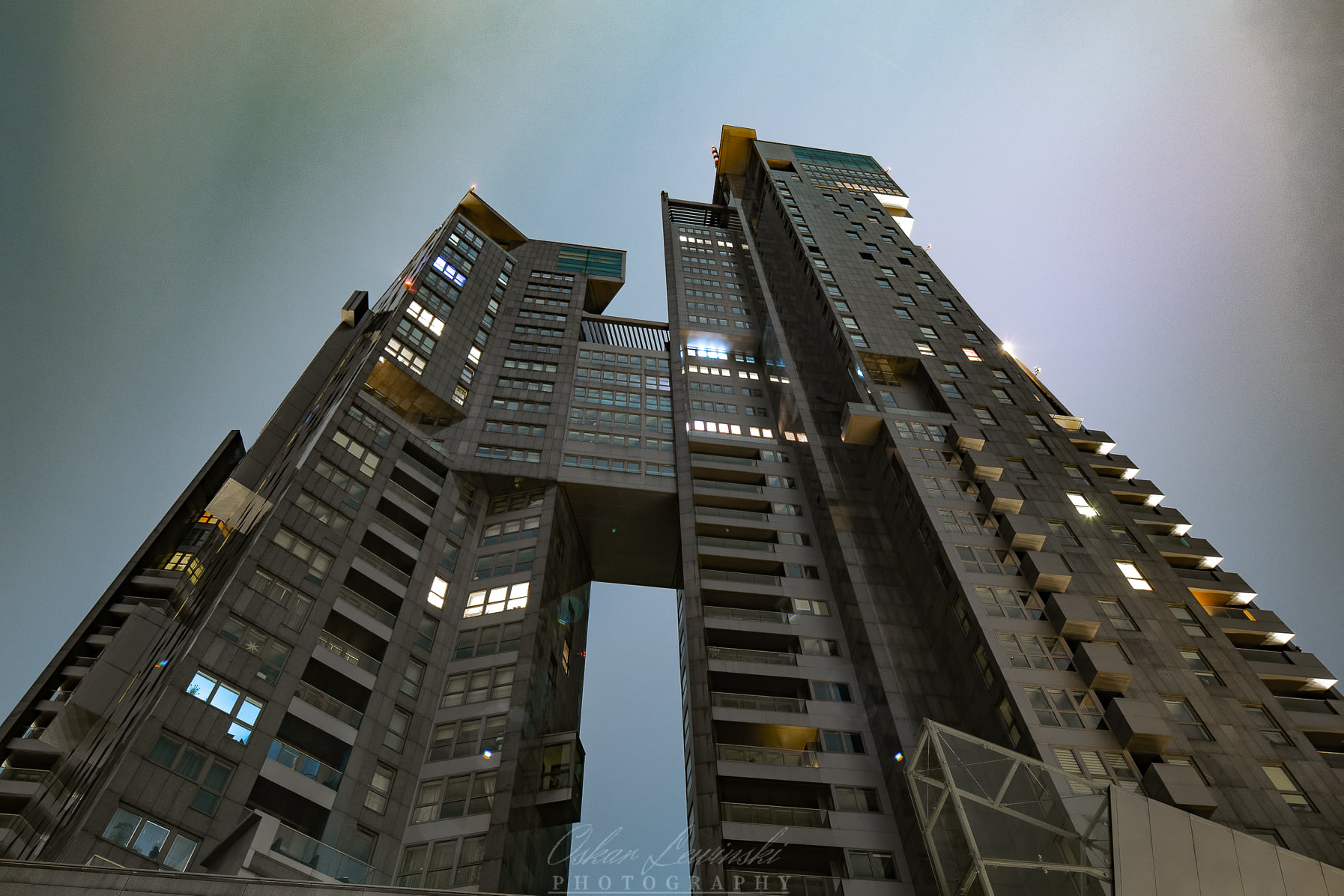 Known also as NLCs or ‘silver clouds’, these stunning cloud formations are formed from high altitude icy particles and occur between the end of May and start of August at latitudes between 50 and 65 degrees north. Gdynia, therefore, is perfectly placed to view these striking marvels.

“I’ve got several preferred places that I enjoy photographing in Gdynia,” says Lewiński, “and each time they seem to change depending on the circumstances, whether those be the waves, the light, the clouds, or just the surrounding objects. 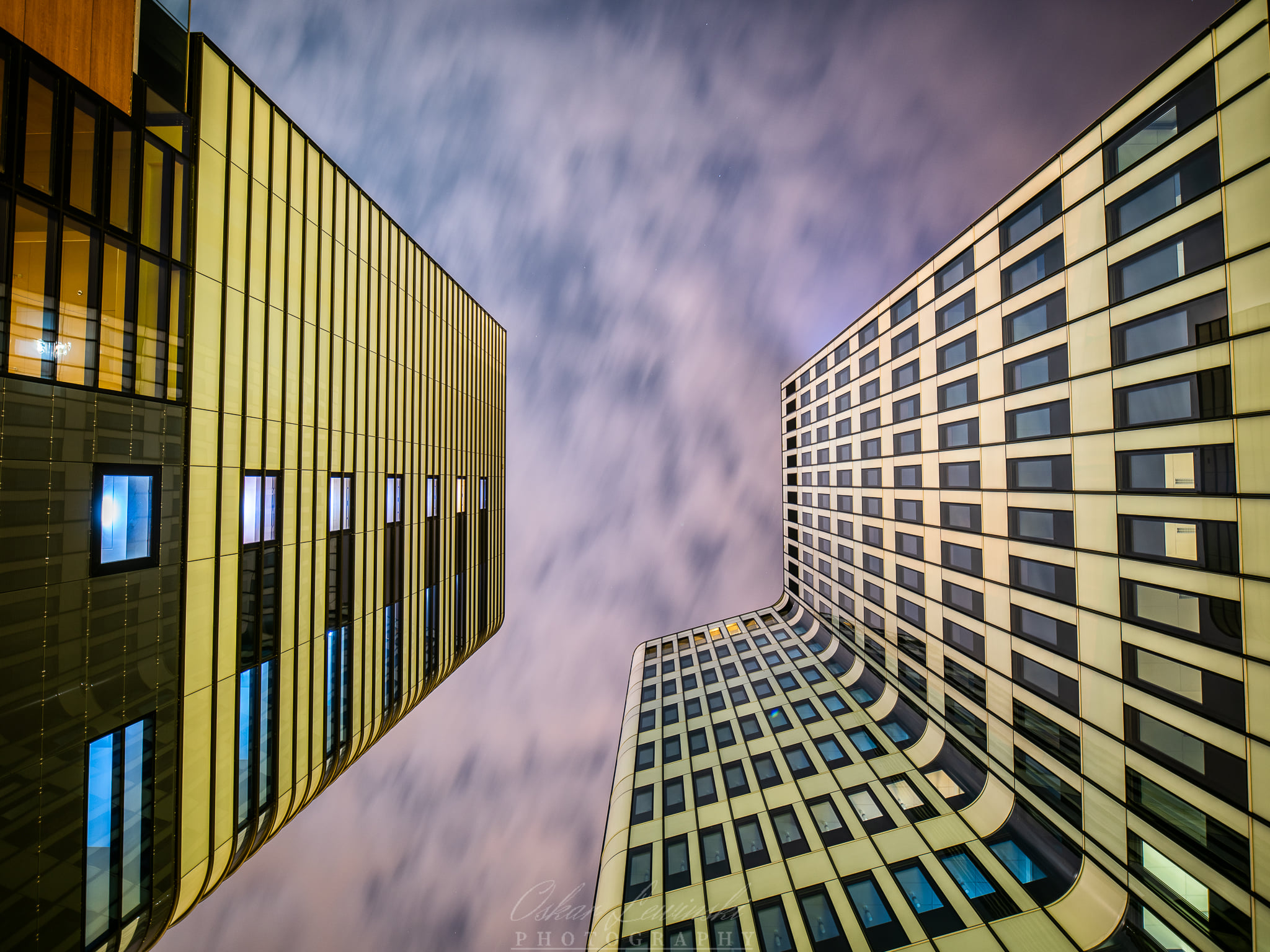 Defined by their clarity, detail and stunning composition, Lewiński’s images cause viewers to pause as they soak in the richness of the atmosphere that his shots convey.Gdynia NOCĄ/Oskar Lewiński

“It’s like photographing the same person every six times – they never look identical, do they?”

Professing a love for the city’s industrial sites such as the port and shipyards, as well the Sea Towers area, the seafront boulevards, Kamienna Góra and Orłowo, Lewiński reserves special praise for Babie Doły. 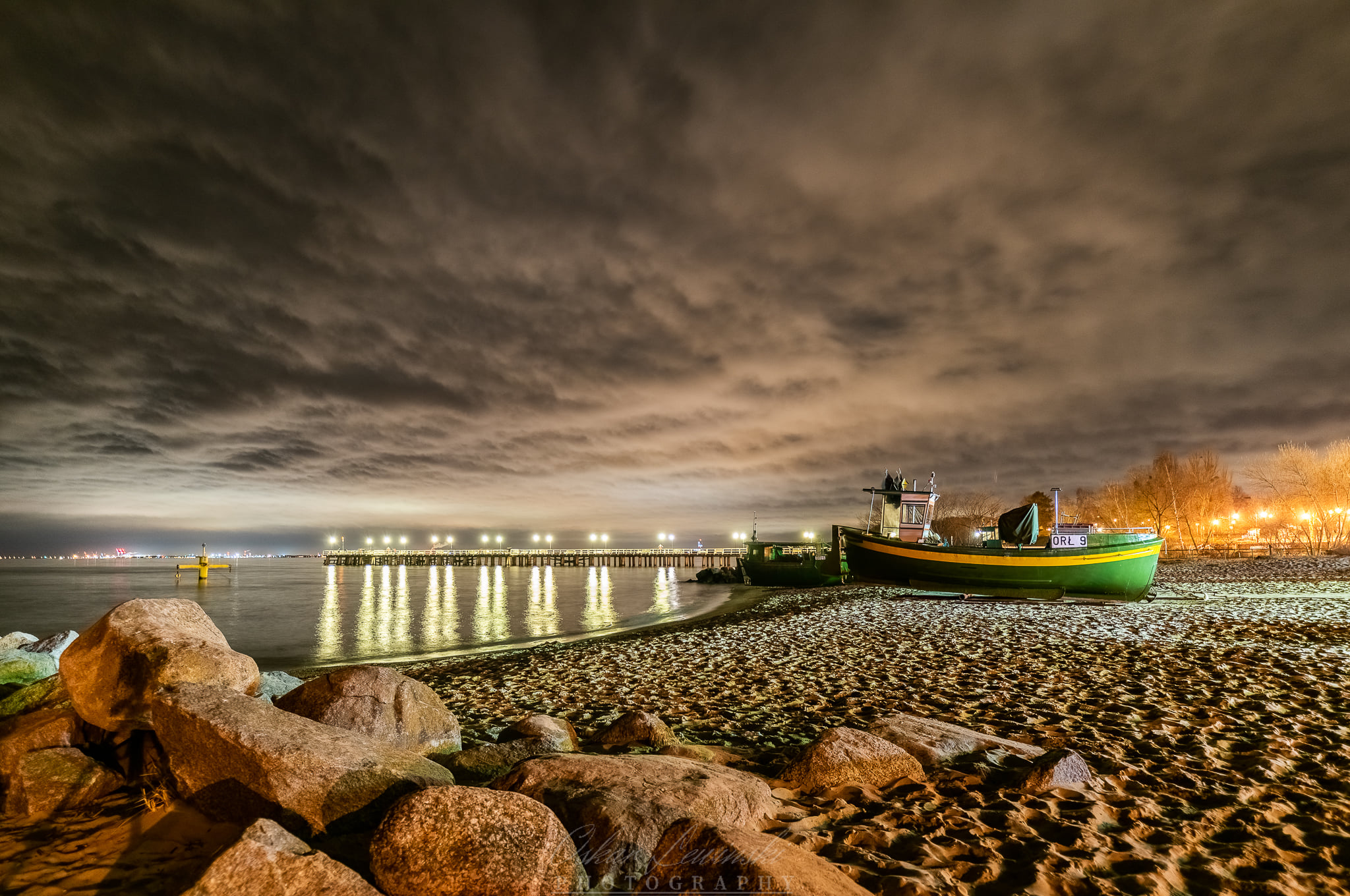 “I’m fascinated by the night,” he says, “the skies and the city are so different to what people see during the day.”Gdynia NOCĄ/Oskar Lewiński

Citing it for its atmospheric sense of mystery, it’s on this rugged stretch of coastline visitors will come face-to-face with a ruined torpedo depot emerging from the ocean, shattered-looking sea defences, abandoned fortifications staring onto the sands and wooded clifftops plunging into the sea.

Defined by their clarity, detail and stunning composition, Lewiński’s images cause viewers to pause as they soak in the richness of the atmosphere that his shots convey. The final effect, of course, is not accidental. 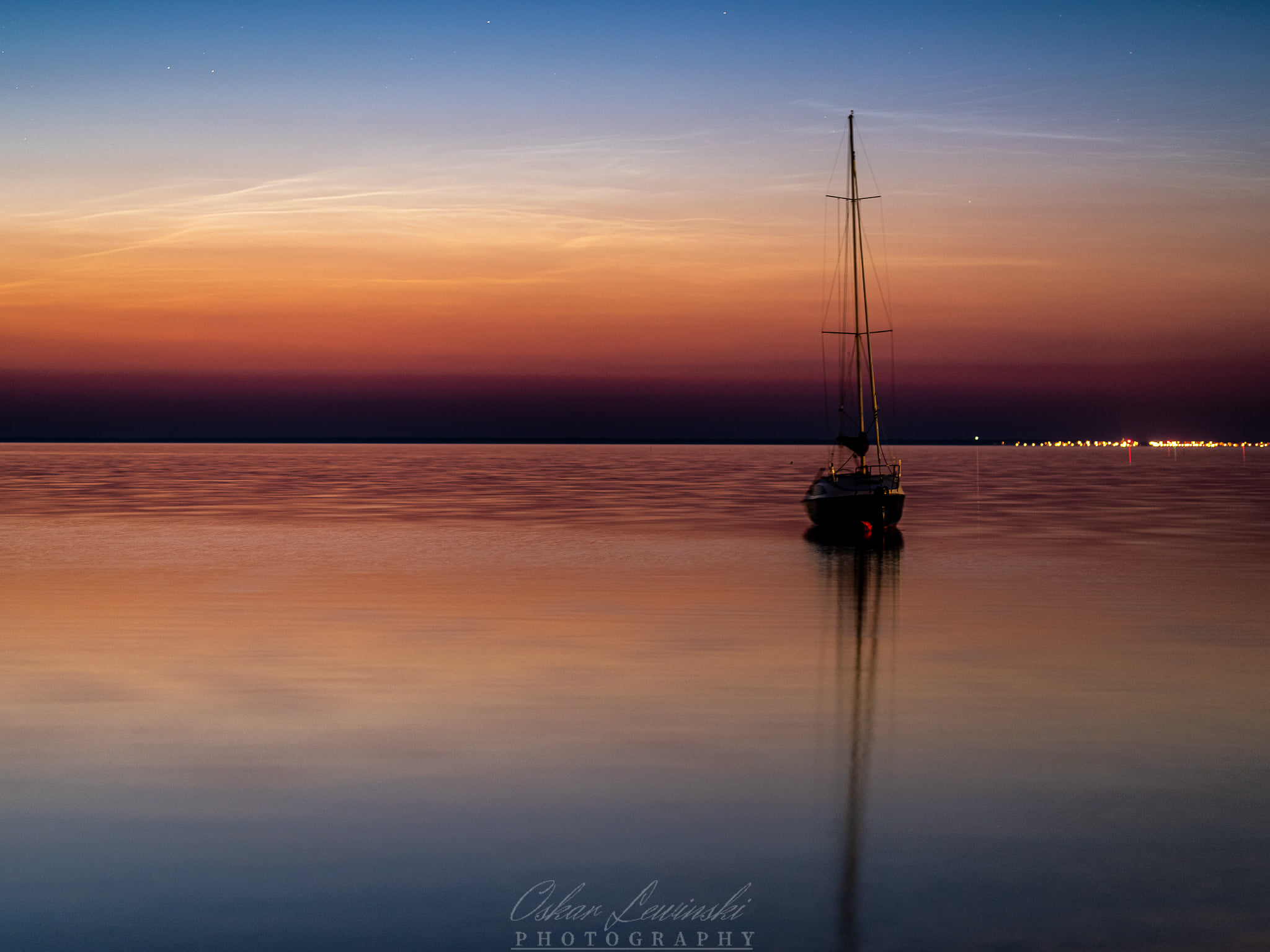 Lewiński has proven especially committed when it comes to seeking out natural phenomenon such as noctilucent clouds. Gdynia NOCĄ/Oskar Lewiński

“To take a great night time shot you firstly need a tripod,” he says. “Without one there can be no night time photography.

“Next, you need a camera with a low-noise matrix, and thirdly you should try to use bright lenses with the best light transmission. Finally, take advantage of modern camera electronics by going for multiple exposures and subsequent exposure compensation in the post-production process.” 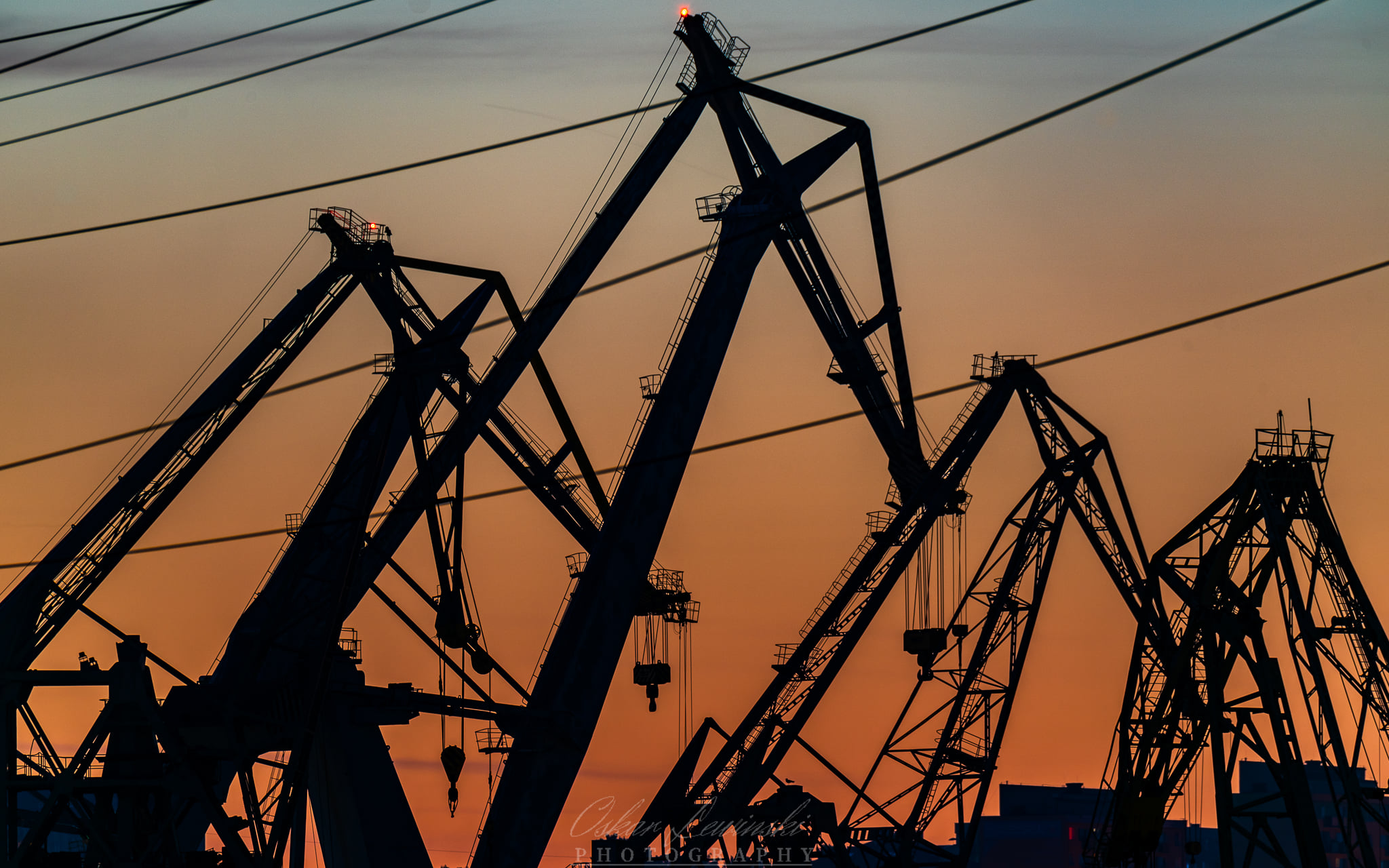 Though technically accomplished, it is the base visual magic of the photographer’s shots that have seduced the public.Gdynia NOCĄ/Oskar Lewiński

But tech talk aside, whilst the accomplished perfection of Lewiński’s photographs is to be applauded, it is fundamentally their base visual magic that has seduced the public.