It’s the smile that gets you first.

Characterized by his generous laugh and larger than life persona, Joseph Seeletso is the chef that everyone can’t help but love: enthusiastic, engaging and forever beaming with positivity, his presence alone is enough to send spirits soaring. And he knows his way around a kitchen, too.

A regular fixture on TV, Seeletso has become one of most recognizable culinary celebrities in the country; playing a critical role in the popularization of food culture through his numerous media appearances, his part in Poland’s gastro revolution is not to be underestimated – not bad going for a Botswanan lad once fired from one of his earlier kitchen jobs. 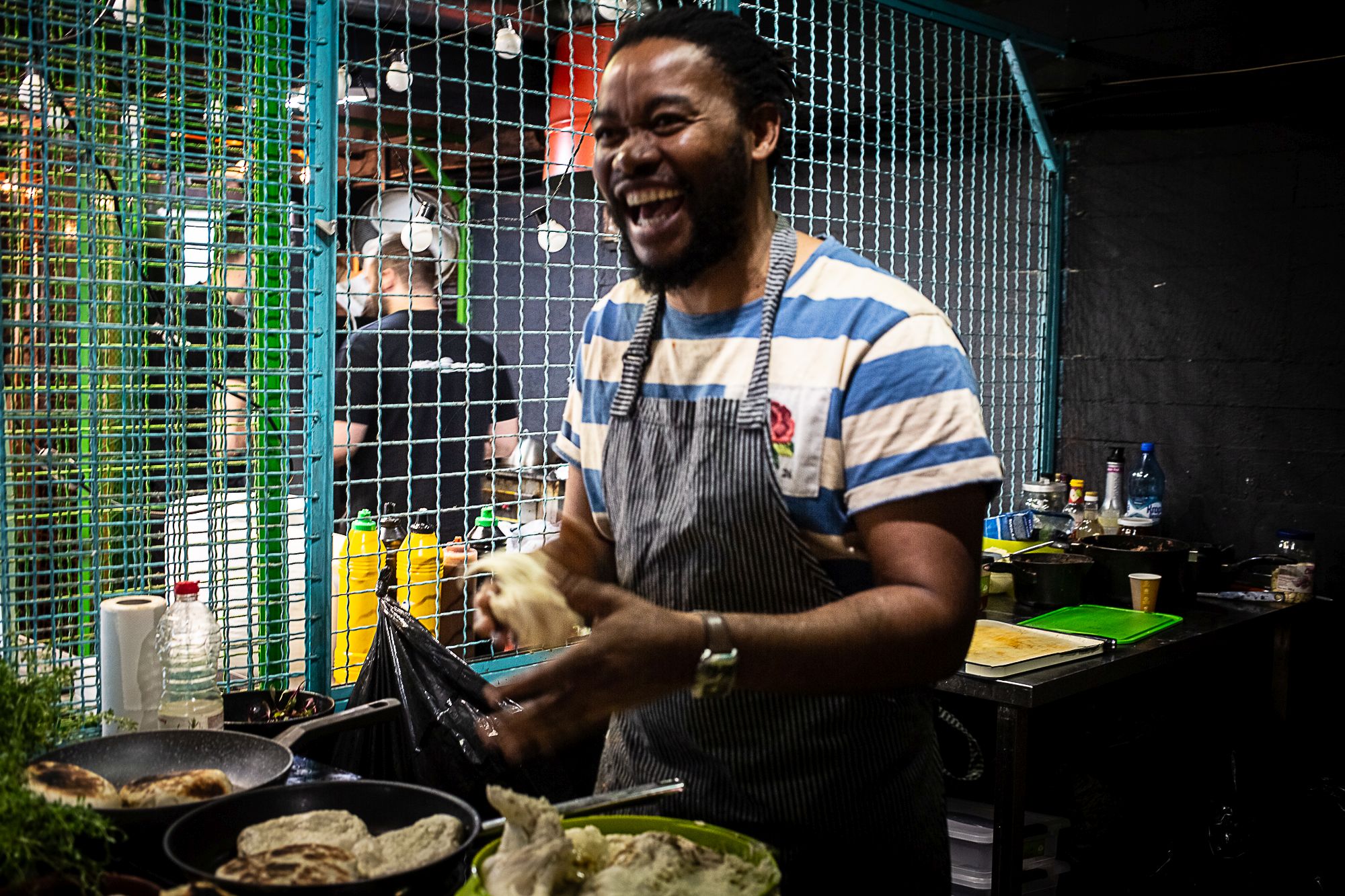 The cooking sensation says he’d like Luna Park to be similar to Camden Market - a melting pot of culinary tastes.Kalbar/TFN

In many ways, though, this footnote typifies a colourful background that reads like an impossible work of fiction: a descendent of King Sekgoma I, Seeletso quit his job in a Botswanan bank to follow his culinary calling, earning a scholarship at the acclaimed Westminster College. Mentored by the legendary Marco Pierre White and John Williams (currently Executive Chef at The Ritz London), it was whilst lodging at a hostel in Notting Hill Gate that he met Karolina, his future wife-to-be, with the couple opting to move to Karolina’s native Kraków in 1999. 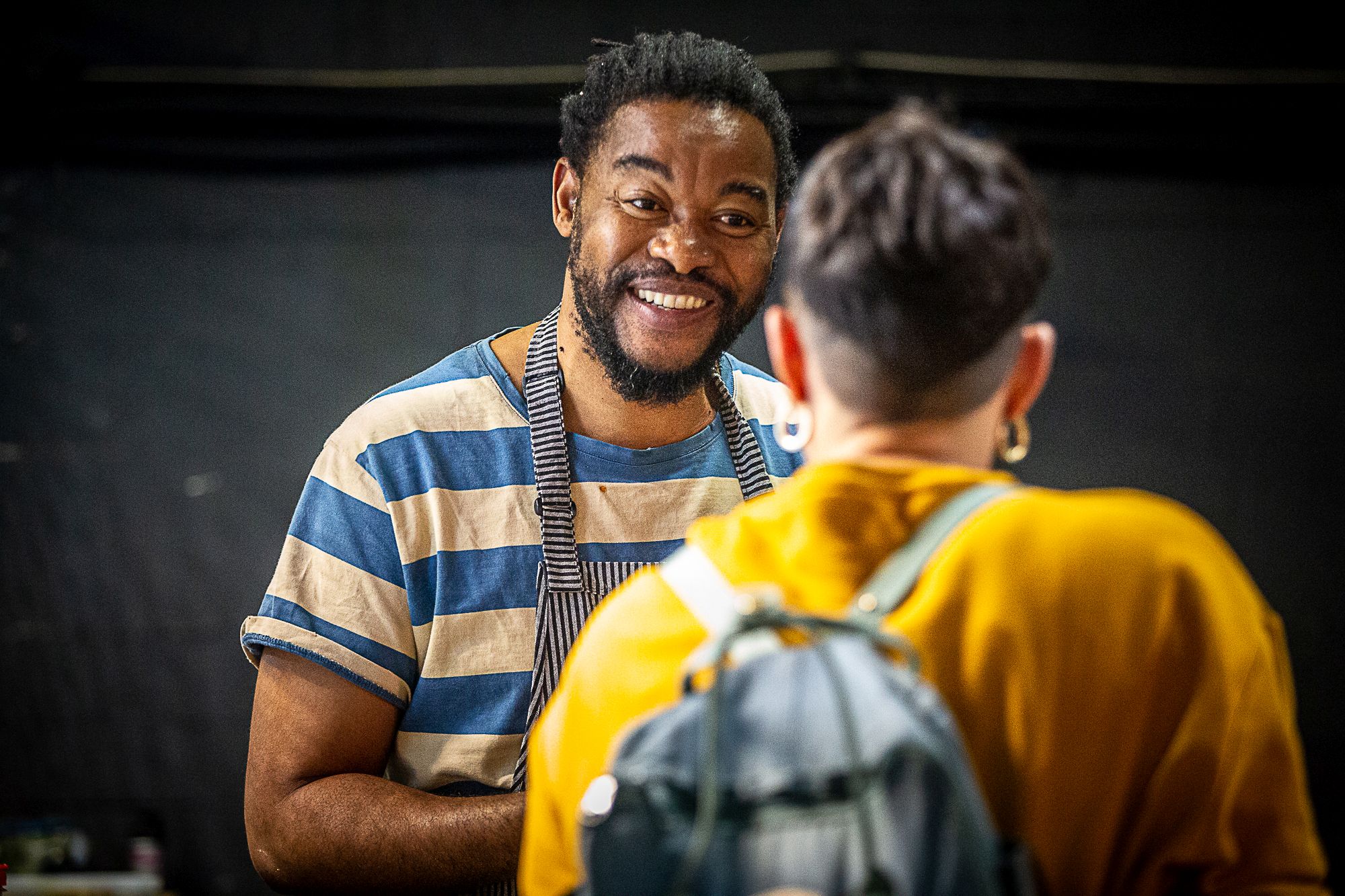 Regarded as an unofficial ambassador for Poland’s African community, Seeletso has served as a pioneering inspiration for the ethnic minorities living in this country.Kalbar/TFN

Working his way around some of the biggest restaurants in the city, any early culture shock was overcome when Seeletso made the conscious decision to master the Polish language, a challenging process that he says took five years. “Learning the language changed everything, all of a sudden it felt like I could understand the Polish mentality and the DNA of the country,” he says. “Although I would never claim to be fluent, I can definitely make myself understood, and I still love reading history and heavier literature to extract complicated proverbs that I know will impress people!” 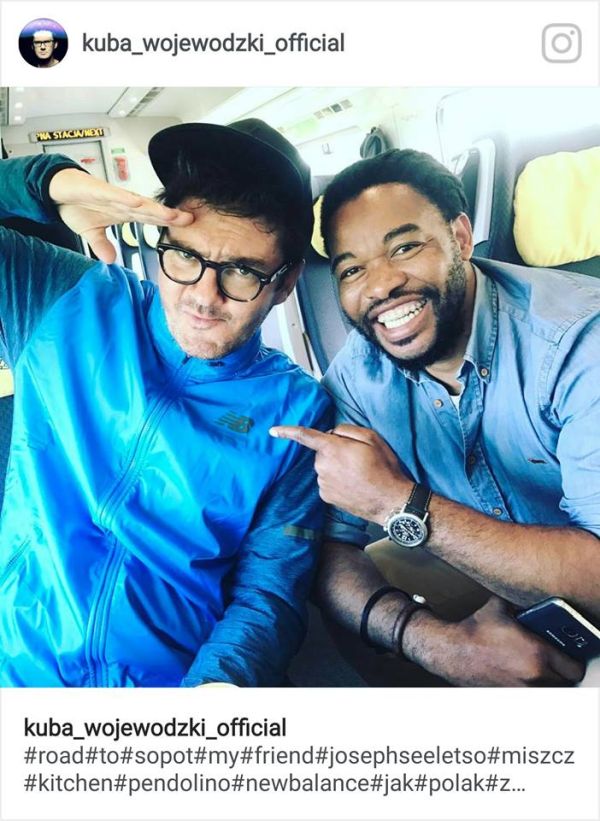 Awed by his cooking and seduced by his persona, TV executives dining in his restaurant offered him a screen test which led to his long-lasting career on Polish TV and celebrity chef status. Kuba Wojewódzki/Instagram

With his in-laws heavily connected to Kraków’s artistic scene, Seeletso soon found himself ushered into a captivating world populated by Poland’s intelligentsia. As much as anything, he says this induction shaped the way he learned to interact with the Polish public, something that was to prove invaluable years down the line. Following a brief stint back in Botswana the couple returned to Warsaw, and it was then that Seeletso came to the attention of some television executives who were dining in the restaurant that he worked in. Awed by his cooking and seduced by his persona, their offer of a screen test paved the way for what was to subsequently become a long-lasting career on Polish TV. 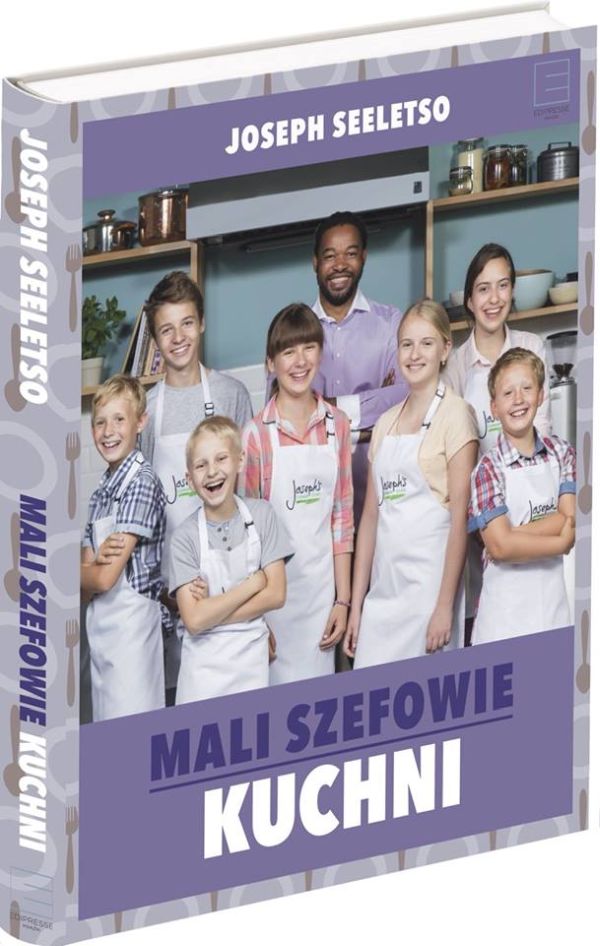 More than just a screen presence, two well-received cookbooks have also followed, the most recent of which was specifically targeted at children.Joseph Seeletso/Facebook

Appearing on morning shows for TVN and TVP2, not to mention as a judge during the first season of Top Chef, Seeletso has since etched his name firmly into the minds of Polish food fans. Further, he has found himself in the international spotlight, with appearances on CNN and the English show, Blue Peter, counted as among his career highlights. More than just a screen presence, two well-received cookbooks have also followed, the most recent of which was specifically targeted at children.

As rewarding as these forays into the public eye have been, any outward glory has been firmly backed up by the chef’s copious talent: among other satisfied diners, Seeletso has cooked for Bill Gates, the King and Queen of Sweden, and Jean Claude Van Damme. 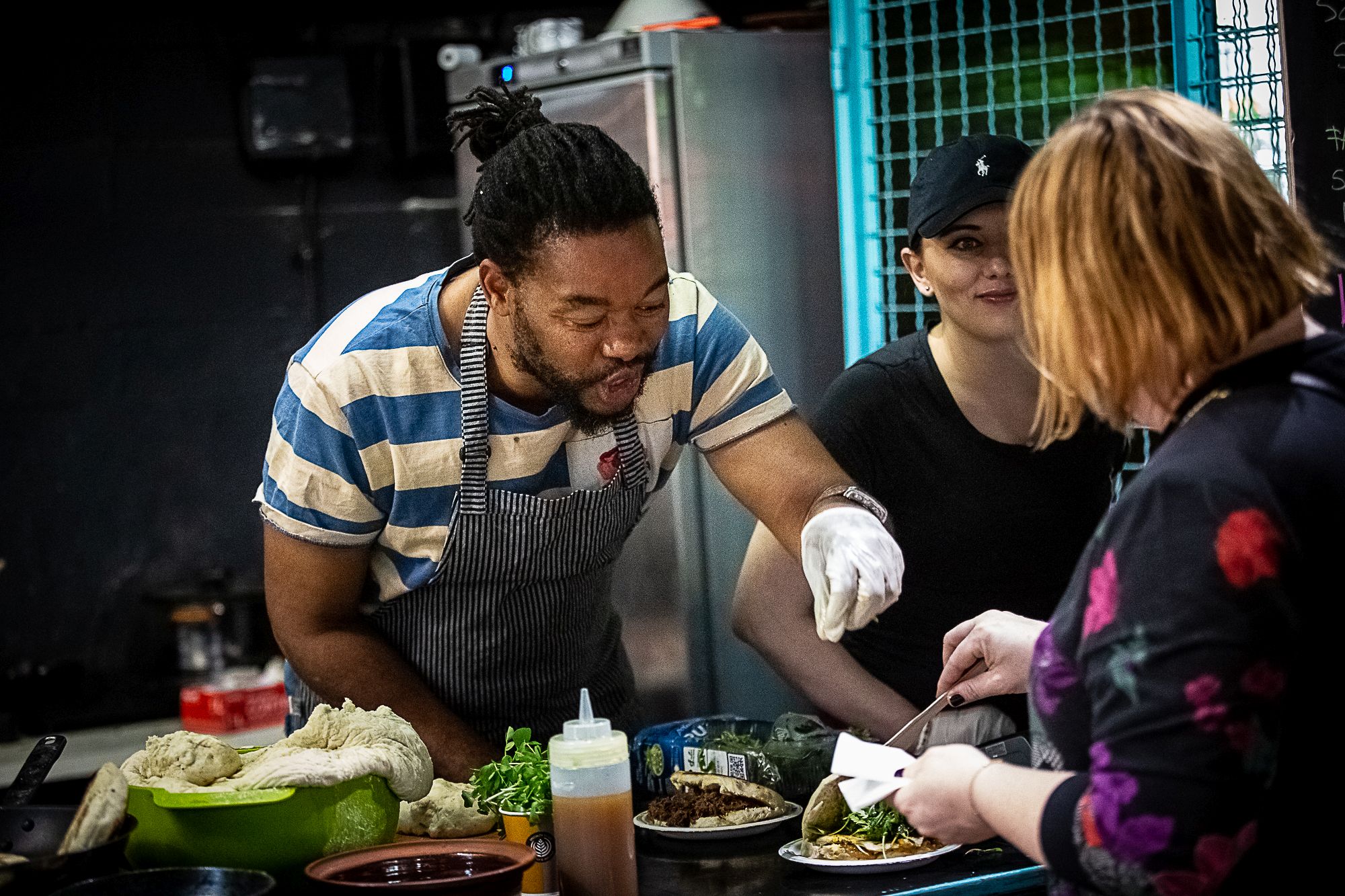 Characterized by his generous laugh and larger than life persona, Joseph Seeletso is the chef that everyone can’t help but love.Kalbar/TFN

Admittedly, not everything Seeletso touches has turned to gold, and the only time his trademark smile threatens to fade is when the conversation turns to the closure of his eponymous restaurant. “There were a couple of reasons why I shut it that I prefer not to really expand on,” he says, “but while I’m not happy with how things ended, life goes on – life isn’t perfect but it carries on regardless. You have to keep smiling. Sure, I miss fine dining, but what I’m currently involved in is an equally exciting experience.” 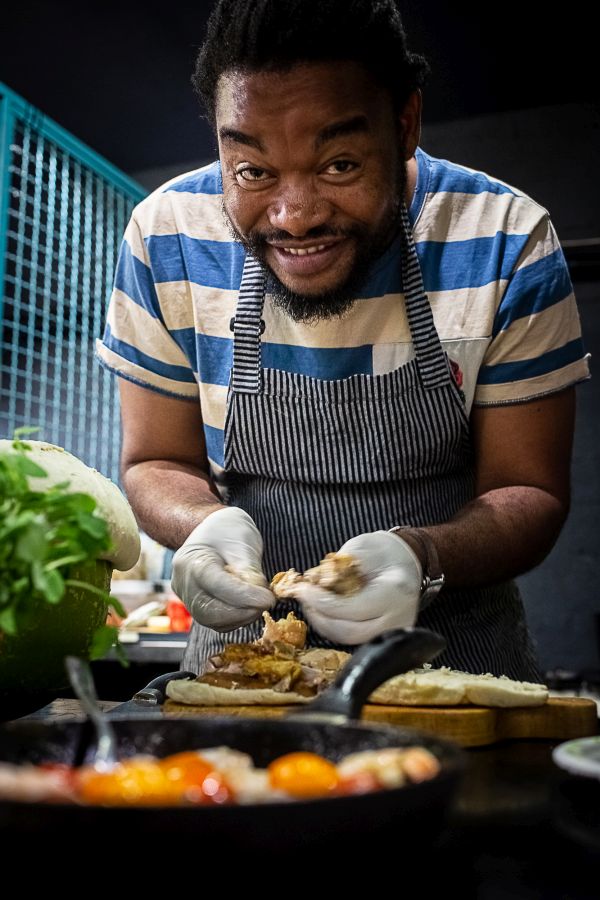 Seeletso said he was honoured to be invited to LunaPark: “I didn’t hesitate when I was asked if I was interested in opening a unit here,” he says, “after all, a lot of high profile chefs in the States delve into street food, so why not here? In this regard, I think I’m the first ‘recognized’ chef in Poland to do so, but already you’re seeing others following suit,” he told TFN. Kalbar/TFN

In this respect Seeletso refers to his latest venture, a pop-up at Warsaw’s biggest summer hit: Lunapark, an abandoned outdoor leisure complex revived as an open-air food market and social hub. A big blur of thumping beats and swirling aromas, this playground for the senses has become the top talking point among Warsaw’s foodies. Fronting Afro Chef Street Food, a busy unit specializing in casual African dishes, Seeletso has been key to the concept’s staggering popularity.

“I didn’t hesitate when I was asked if I was interested in opening a unit here,” he says, “after all, a lot of high profile chefs in the States delve into street food, so why not here? In this regard, I think I’m the first ‘recognized’ chef in Poland to do so, but already you’re seeing others following suit.” 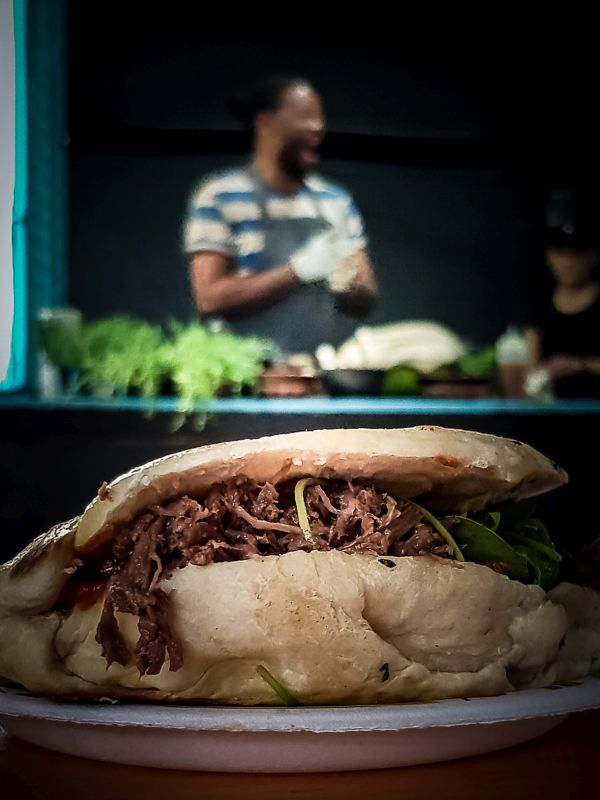 Returning to his African roots, Seeletso’s signature dishes are comprised of his specialist flatbreads and exotic ingredients. Kalbar/TFN

“Poles have started to travel more; they’ve had their eyes opened to new tastes and now they want to enjoy them here,” continues Seeletso. “The success of places like this and Nocny Market have shown that people want something new, and simultaneously the quality of food that they’re receiving is also rising fast. It’s always been my dream for Poland to have something similar to Camden Market – a real melting pot of culinary tastes – and I don’t see any reason why Lunapark can’t become that place.”

Certainly, the buzz is palpable, and not just among the visitors but also the chefs themselves. In Seeletso’s case, it’s represented an exciting departure from the classical and Scandinavian influences that have hallmarked many of his restaurant menus. Returning to his African roots, he speaks with animated passion as he talks about his specialist flatbreads and exotic ingredients. “African food hasn’t really succeeded in Poland before, I think possibly because it’s a little too complex for the European palette,” he says. “What I want to do, is to present a different side; one that’s a little simpler but full of natural flavours. I want to show that simple dishes can be cooked to a very high standard.” 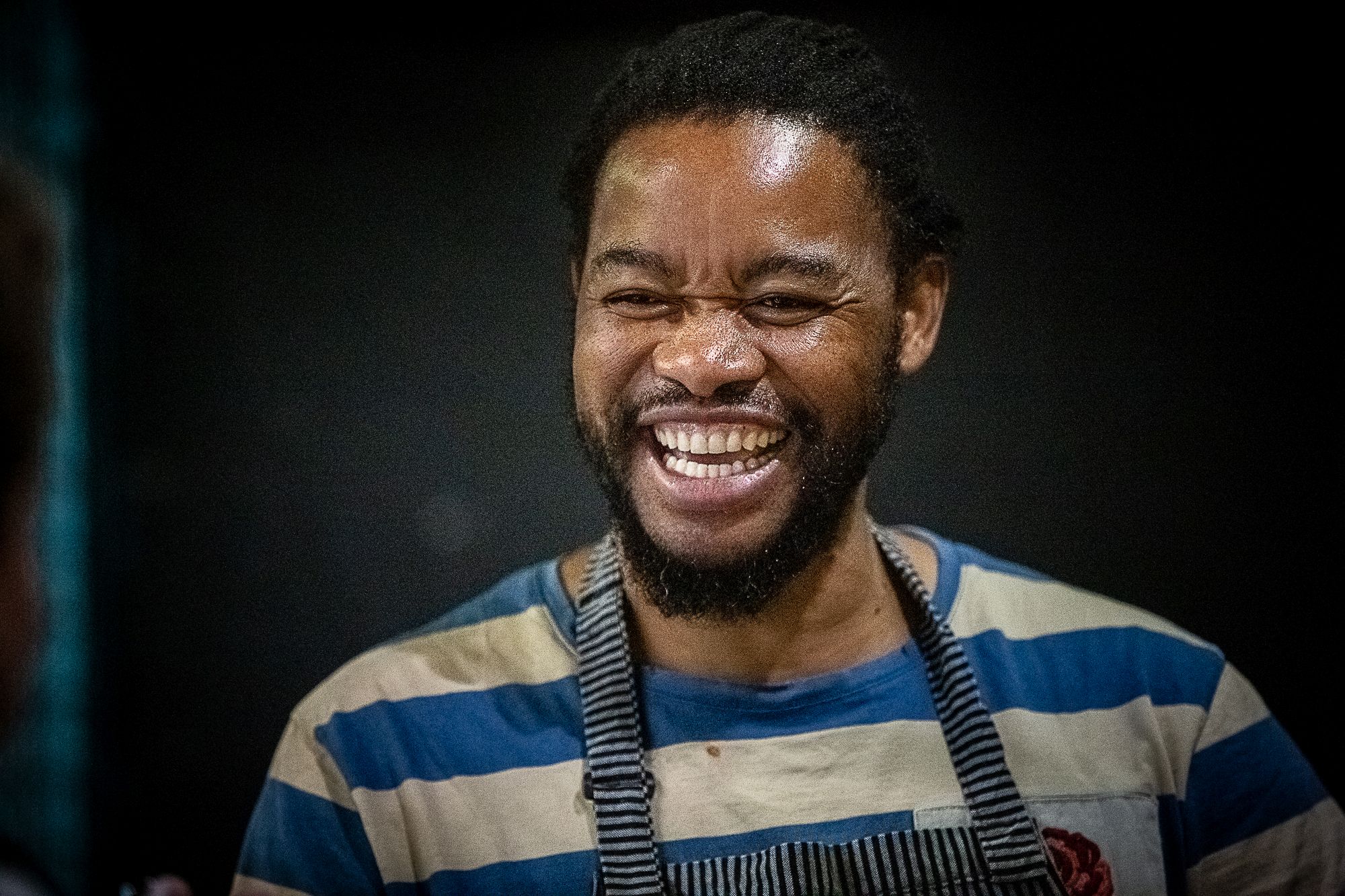 A regular fixture on TV, Seeletso has become one of most recognizable culinary celebrities in the country. Kalbar/TFN

Already, Seeletso is well on his way to accomplishing this mission. As we talk, a group of visitors form a scrum around the chef proclaiming him to be their favourite cook in Poland. The banter is naturally unforced and unflinchingly friendly. Seeletso, you sense, is in his element. “I love the atmosphere you get around street food,” he says. “People can be themselves in places like this, they’re more relaxed than in a restaurant, while for chefs it’s a thrill to be working in front of a crowd: you feed off the energy and get that extra bit of adrenaline – it’s just impossible to get tired here.”

Regarded as an unofficial ambassador for Poland’s African community, Seeletso has served as a pioneering inspiration for the ethnic minorities living in this country. Just as importantly, he’s proof that good guys don’t always finish last.