After being deported to Auschwitz at just 13 years old, separated from his mother upon arrival and forced to fend for himself in the men’s camp, Thomas Geve captured the horrors of the German death factory in more than 80 drawings.

They have become one of the most remarkable testimonies of that time as they show the Holocaust seen through the eyes of a child. 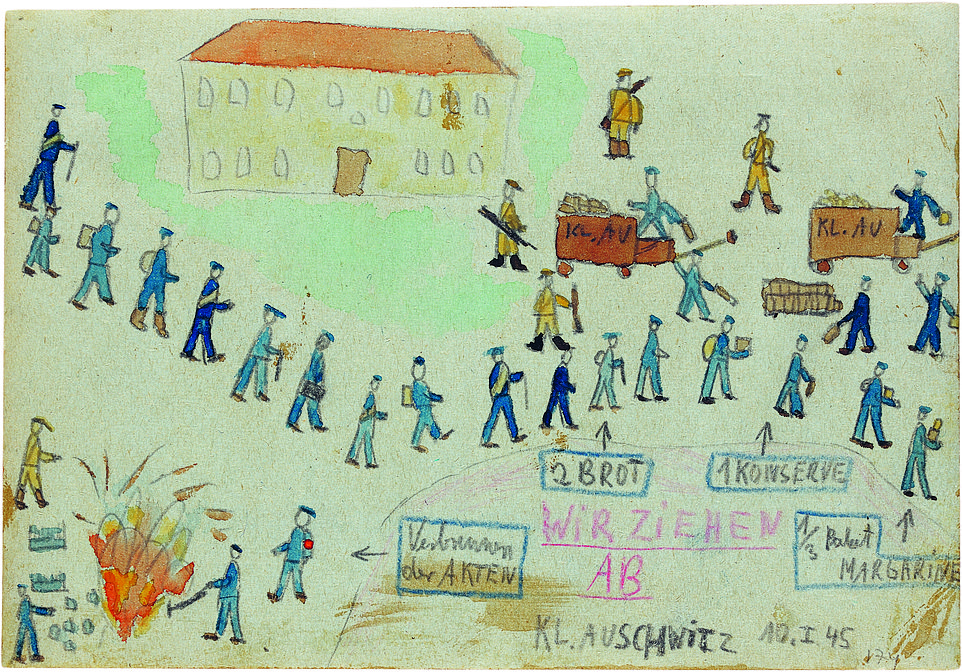 For the first time, more than 80 of Mr Geve’s sketches are presented alongside his narrative of events.Thomas Geve/Harper Collins

First with charcoal on scraps of cement sacks, and later on discarded SS ration cards with colour pencils, he depicted everyday camp life.

Now for the first time, more than 80 of his sketches are presented alongside his narrative of events in The Boy Who Drew Auschwitz, written with journalist Charlie Inglefield. 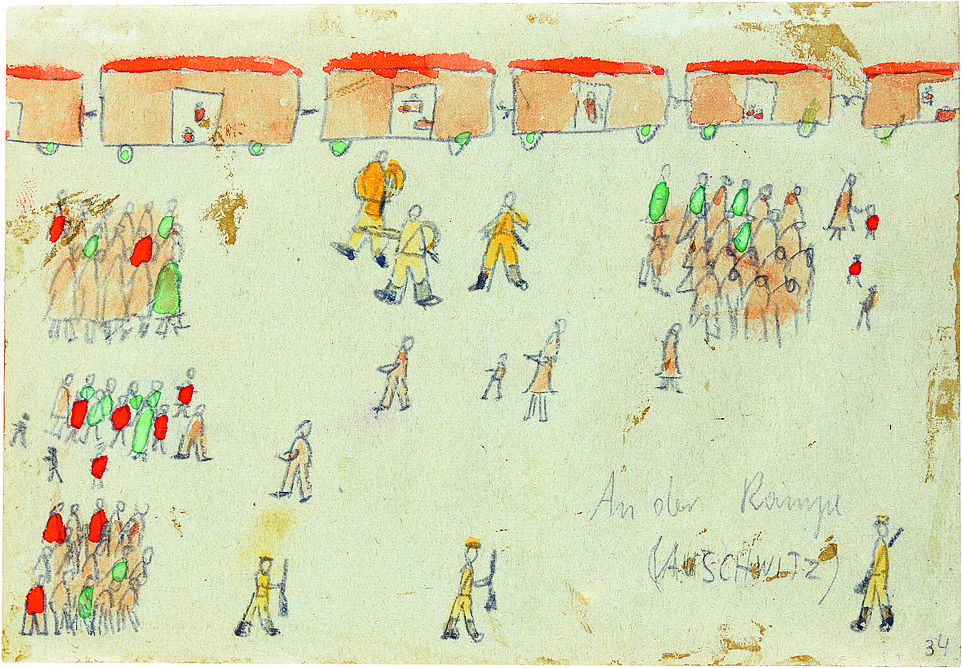 The images show the horrors that the prisoners endured, including the selection for death.Thomas Geve/Harper Collins

“If we told people what we went through, they would not believe us. So, I decided to draw my experiences of life in the camps,” Thomas explains in the book.

Born in Beuthen, now Bytom in Poland, and growing up in Germany, Thomas soon realised what it meant to be Jewish. 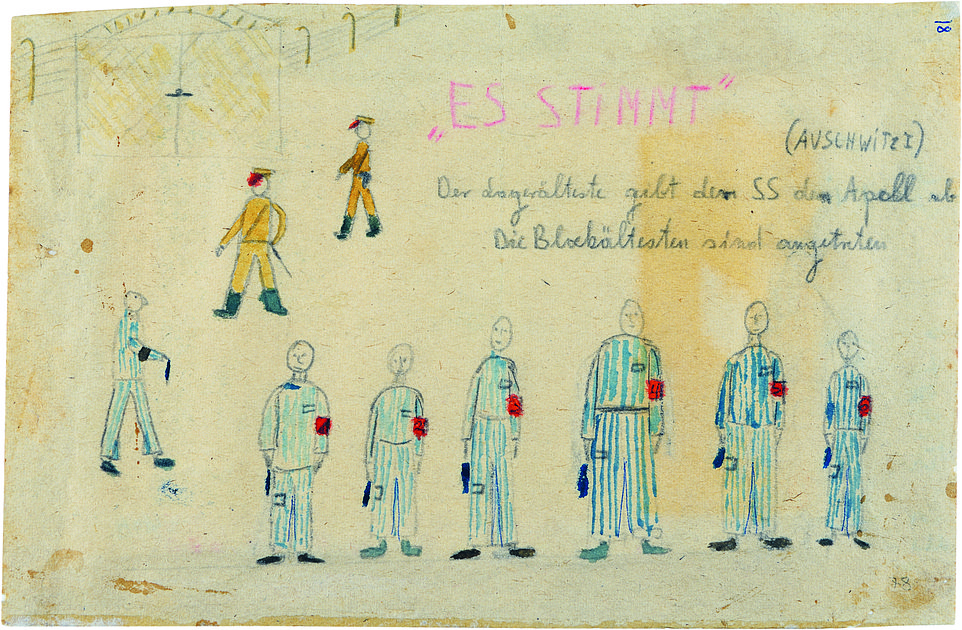 The sketches have become one of the most remarkable testimonies of that time as they show the Holocaust seen through the eyes of a child.Thomas Geve/Harper Collins

When Thomas was just nine his father, Erich travelled from Berlin to England. The family planned to join Erich, but that was impossible after the war broke out. 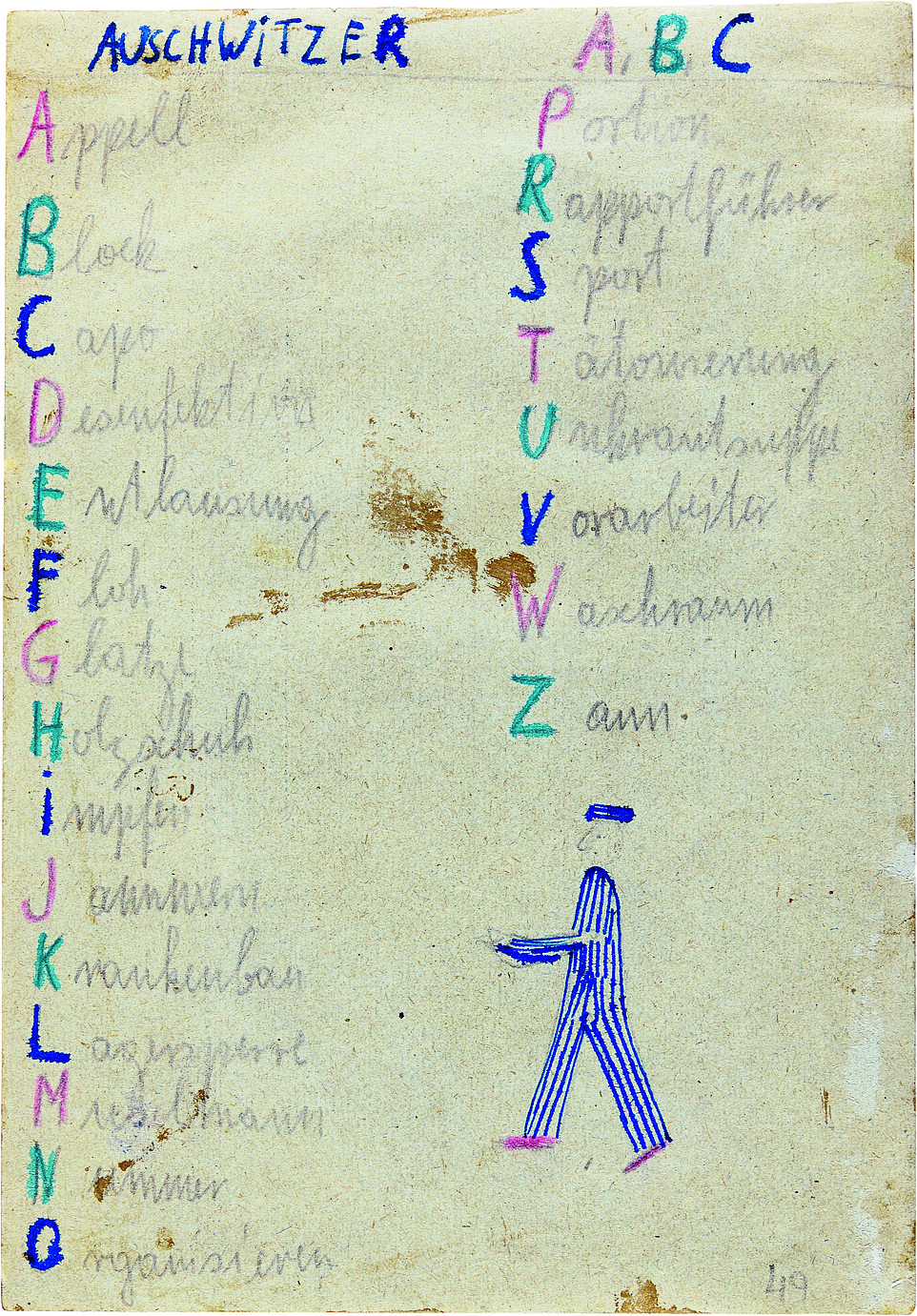 Another picture is a camp glossary arranged as an alphabet: A for ‘appell’ (rollcall), B for block, C for capo, etc.Thomas Geve/Harper Collins

He went to Berlin with his mother and worked as a gravedigger despite his age. However, living as Jews in the heart of Hitler’s Third Reich became impossible.

Thomas and his mother survived for more than two years, but with no money and barely any food, they handed themselves over to the authorities. 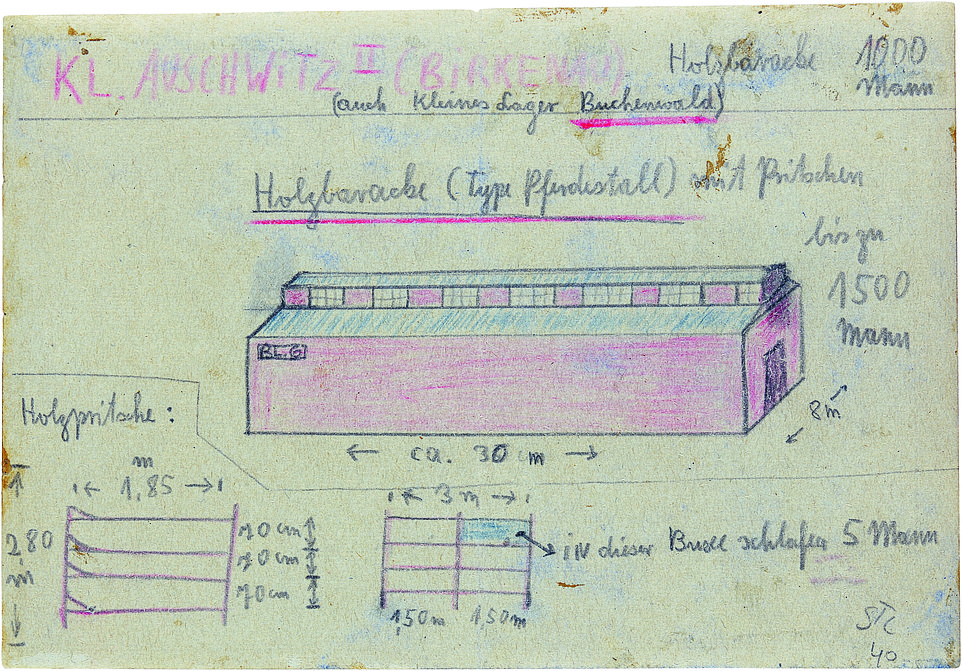 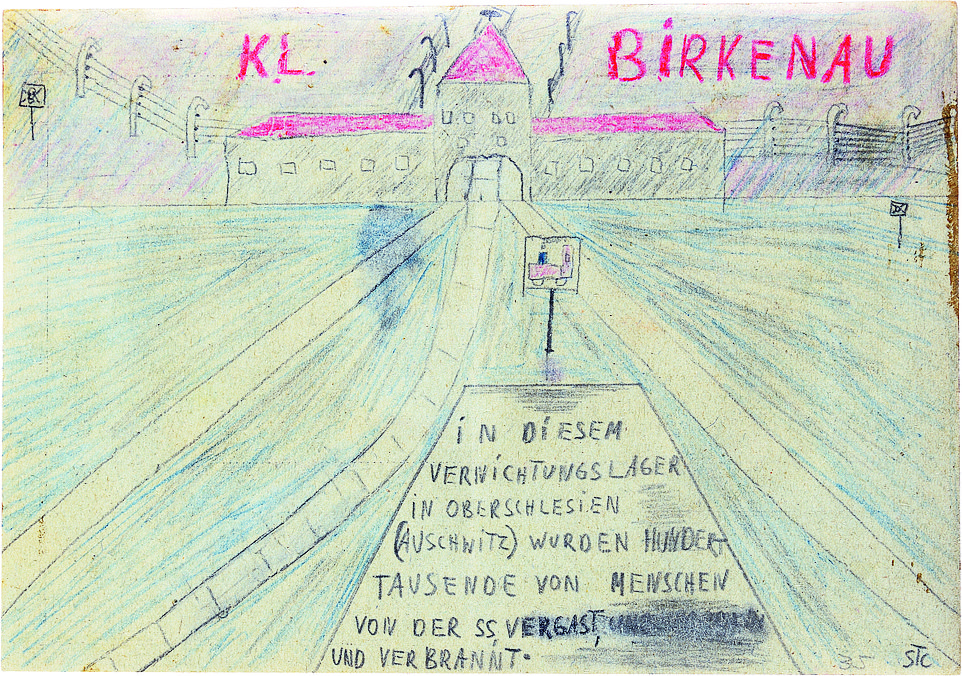 Yet another offers the precise dimension of a typical prisoner barrack at Birkenau, the height and length of the bunks and the gap between each level.Thomas Geve/Harper Collins

They responded to rumours that Germany’s Jews could settle in the east and earn money by working.

They were sent on one of the last transports of German Jews to leave Berlin and arrived at Auschwitz-Birkenau on June 29, 1943. 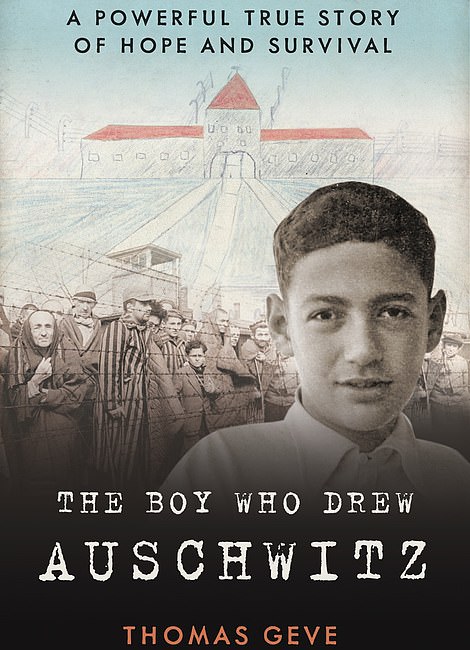 The harrowing drawings have now been published in The Boy Who Drew Auschwitz, which Mr Geve wrote with journalist Charlie Inglefield.Thomas Geve/Harper Collins

Immediately after arrival, Thomas was separated from his mother. Thomas was able to hide his age during selection for the gas chambers thanks to his height, which made him seem older. Officially there were no men aged under 15 at the camp.

He was taken to the men’s camp as the third youngest among the 18,000 prisoners in the Auschwitz main camp. 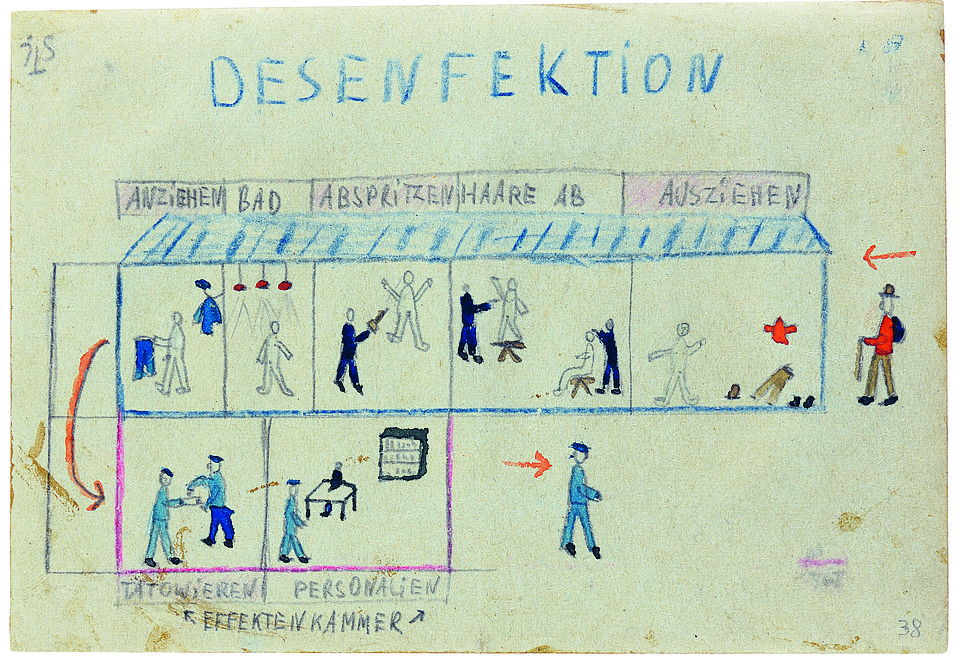 One of his later drawings shows the disinfection process for new prisoners. A man in civilian clothes enters a building, removes his clothes, has his hair and body shaven, is sprayed with disinfectant, has a shower, is handed striped prison garb and finally received his tattooed prison number. 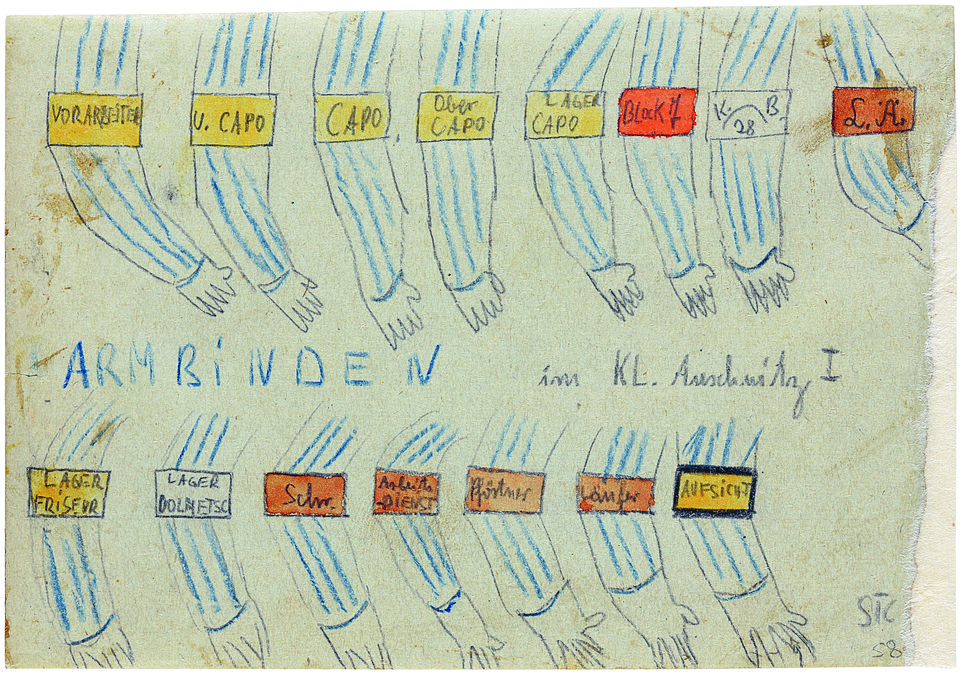 On one image are the armbands worn by different ranks of capos and other functionaries.Thomas Geve/Harper Collins

He joined a bricklaying commando. Being so young was difficult: “it was quite a struggle because I couldn’t fight or compete with the grown-ups. On the other hand, when people realised I was a child, they did their best to help me.”

On one remarkable occasion, he met his mother for the briefest of moments, thanks to the efforts of other prisoners to make the meeting happen.

He says in the book: “Still in her late 30s, Mother looked as haggard as her companions. Without either of us slowing our stride, we touched hands. I managed to sneak a kiss. To hold her hand again was an unimaginable, miraculous moment.” It was the last time he ever saw her. 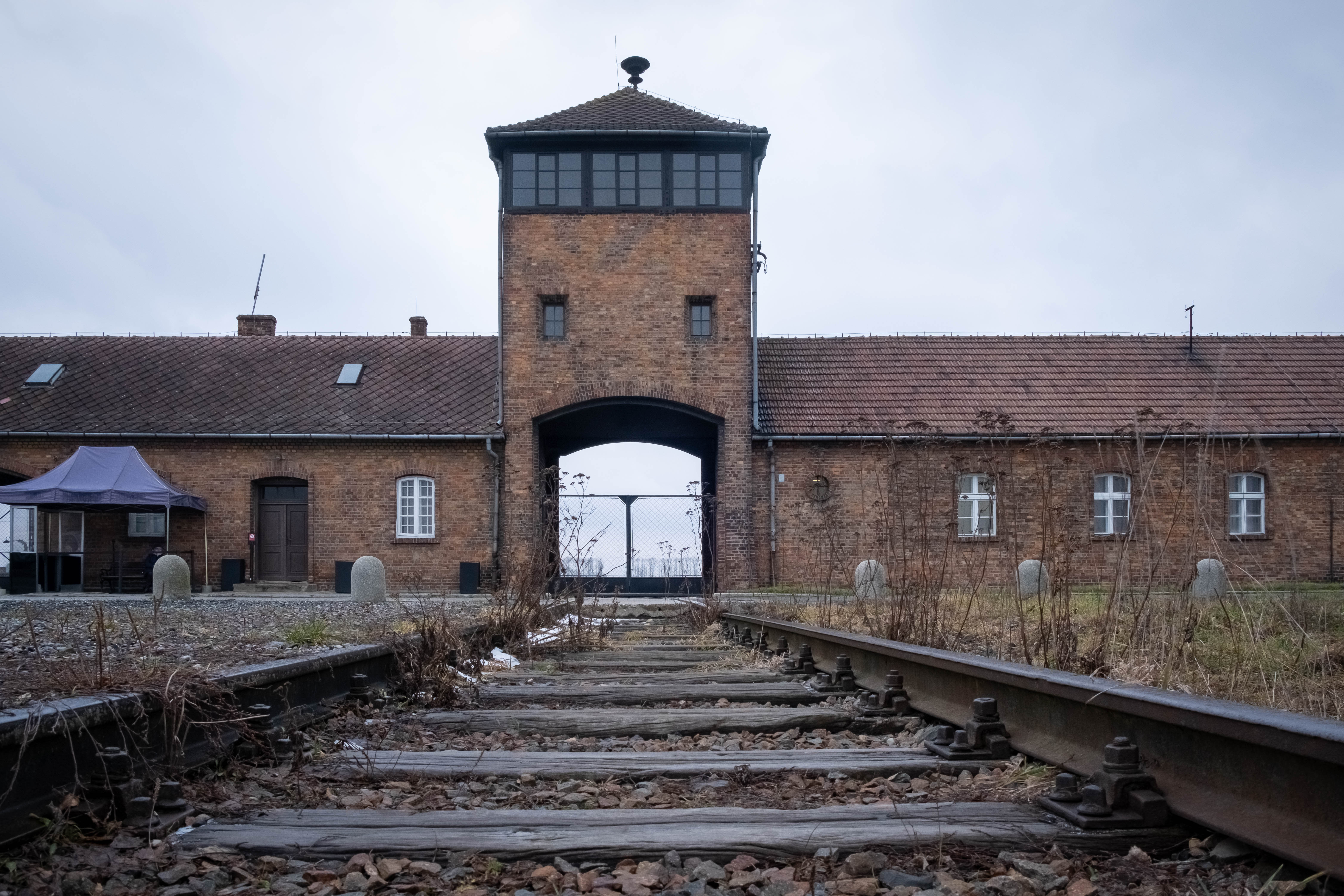 Auschwitz was an extermination camp set by the Nazis in German-occupied Poland.Kalbar/TFN

He ended up at Gross-Rosen concentration camp and later Buchenwald, which was liberated in April 1945.

After liberation, Thomas was sent to an orphan camp in Switzerland, before finally being reunited with his father in England. 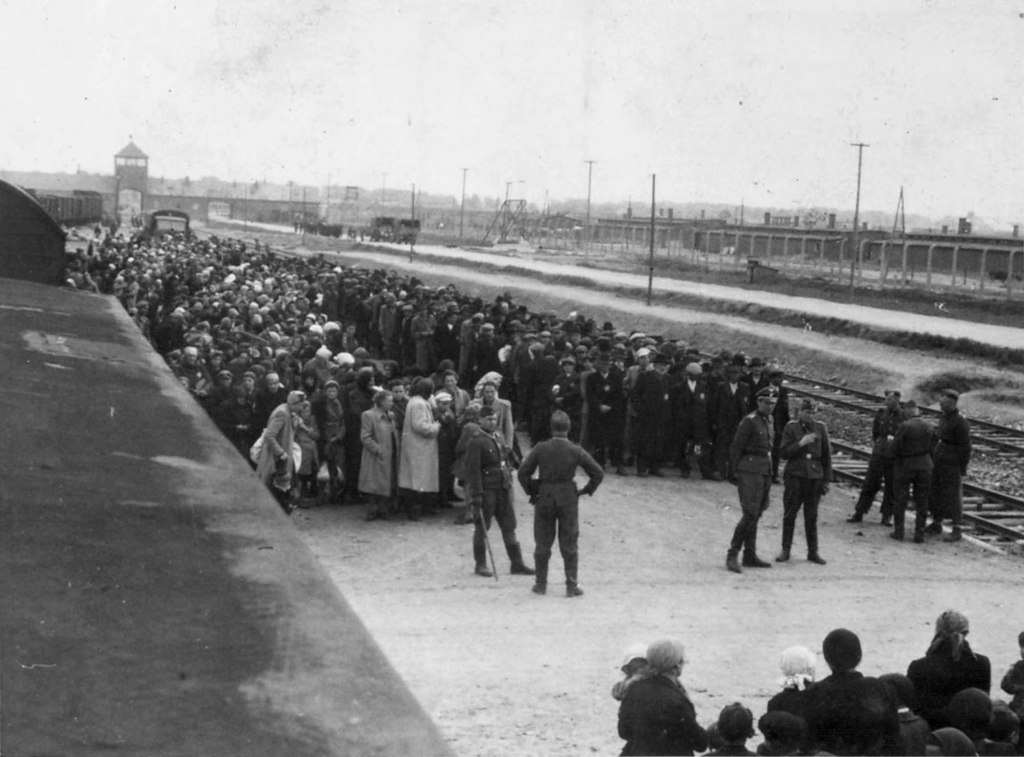 An estimated 1.3 million people were sent to Auschwitz-Birkenau, of whom at least 1.1 million died.Public domain

To deal with the trauma he had endured, Thomas recorded his memories by depicting them on paper.

The images show the horrors that the prisoners endured, including the selection for death, what happened to those who tried to escape but were captured and the death march.

Others show how the camp was organised. On one image are the armbands worn by different ranks of capos and other functionaries. 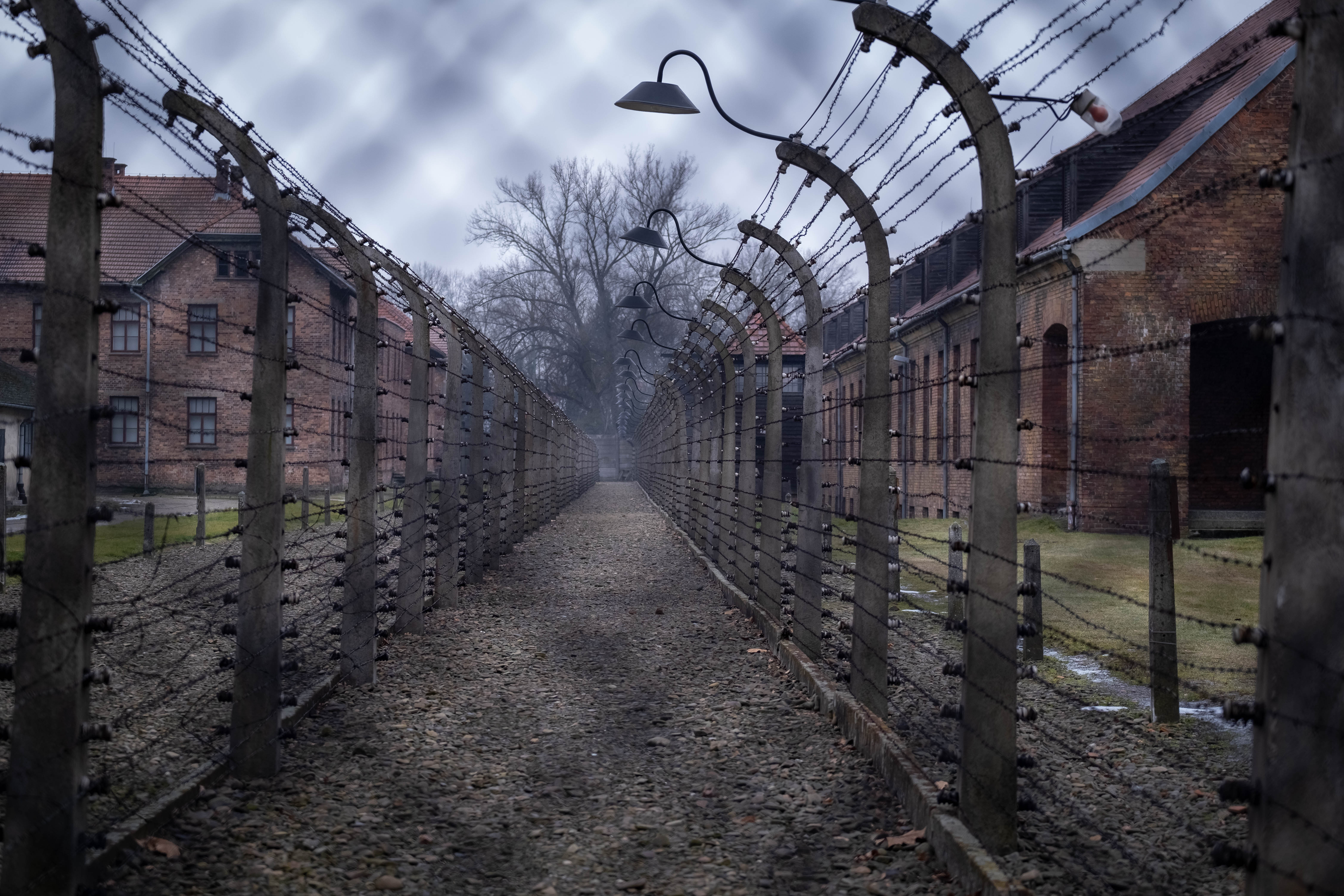 Since 1947, it has operated as Auschwitz-Birkenau State Museum, which was named a World Heritage Site by Unesco in 1979.Kalbar/TFN

Another is a camp glossary arranged as an alphabet: A for ‘appell’ (rollcall), B for block, C for capo, etc.

Yet another offers the precise dimension of a typical prisoner barrack at Birkenau, the height and length of the bunks and the gap between each level. The attention to detail foreshadows his later career as an engineer.

In the 1950s, Thomas emigrated to Israel, where at the age of 91 he lives today and gives lectures about the Holocaust at schools in Germany and other countries.