Hemmed in by the Wisła on one side and a steep gully on the other, there’s good reason why this is regarded as one of Poland’s crown jewels.

If you live in Warsaw, then you’ve heard of Kazimierz Dolny – hell, you were probably there last Sunday, alongside approximately three million others. Regarded as the capital’s weekend break of choice, few towns experience the fluctuating demographics of this small, little backwater. Everyone loves the place, and that’s largely the problem. Whereas cities like Kraków manage to soak up the visitors (just about), little Kazimierz doesn’t have that talent. Here, you’re in with the tourists and there’s no place to hide. Not, that is, that you’ll want to.

Hemmed in by the Wisła on one side and a steep gully on the other, there’s good reason why this is regarded as one of Poland’s crown jewels. The pristine old town escaped the war intact, and today its cobbled, snaking alleys are a major attraction. But before Kazimierz Dolny assumed its role as a magnet for visitors, this town of 4,000 was, unbelievably, seen as a key urban centre vital to Poland’s fortunes. 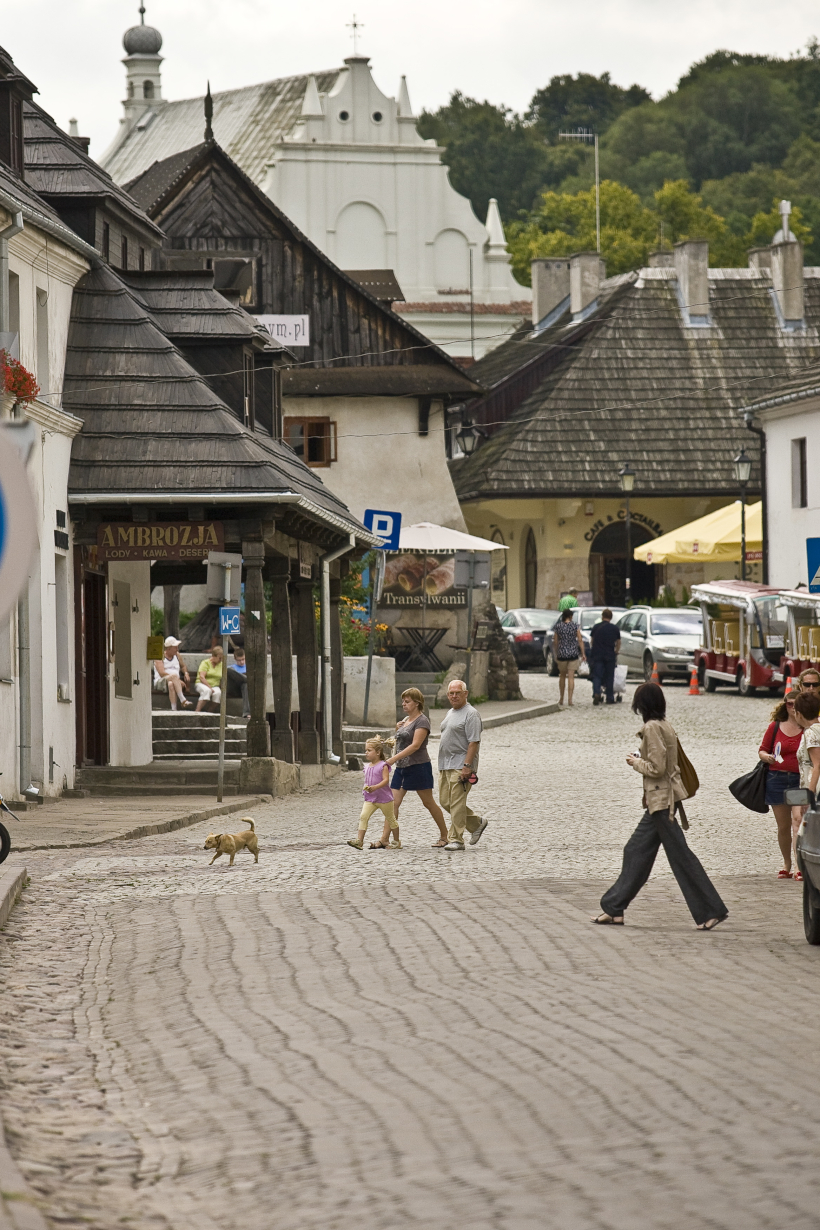 The pristine old town escaped the war intact, and today its cobbled, snaking alleys are a major attraction.
(Wojciech Pacewicz)

The story begins in 1181, namely when Prince Kazimierz gifted the place to a Norbertine monastery: in gratitude to their benefactor, the resident nuns named the settlement in his honor. So far, so quiet. But life stepped up a gear soon after when, under the reign of Kazimierz the Great, the country enjoyed a prolonged period of prosperity – the development of towns like Kazimierz Dolny became his great legacy. In the centuries that followed it thrived as a merchant town and while its importance faded after the Swedish wars, the 20th century brought with it a new lease of life. Painters and writers flocked here from across Poland, and the inter-war era signaled ‘an Age of Art,’ a golden era during which Kazimierz became a gathering point for flouncy creatives with loose living ways. To this day, the artistic climate survives thanks to the numerous galleries that line the back alleys of the town.

Now, as then, the focal point of it all is the Rynek, and nowhere bears the brunt of the tourist foot traffic more. At times it’s difficult to see beyond the jostling visitors, gypsy panhandlers and stalls selling swords, but once the coaches depart back to Warsaw its charm becomes apparent. Cute, folksy looking dwellings rub alongside grand burgher houses, the most sumptuous of which is the Kamienice Przybyłów tenement - completed in 1615, its façade is adorned with ornate renaissance reliefs of biblical beasts and bearded nobles. 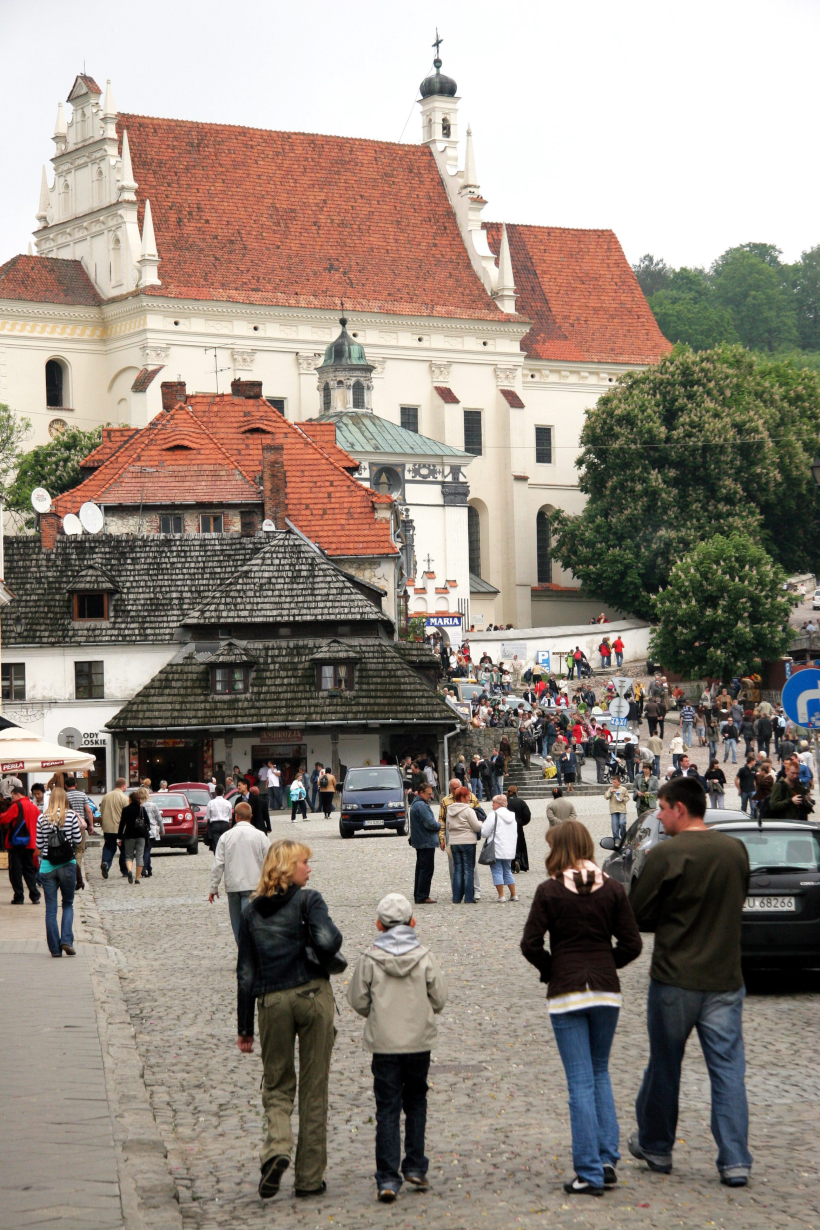 The focal point of it all is the Rynek, and nowhere bears the brunt of the tourist foot traffic more
(Mirosław Trembecki)

The town’s greatest glories, though, are found way above sea level. Pass the flamboyantly decorated Parish Church to huff and puff your way to the castle ruins and medieval watchtower. Thought to be the oldest building in town, the views are rivalled only by the Three Crosses Hill nearby. Set 90 meters over the Rynek, the site is thought to have served as an ancient burial ground, with the crosses placed in position ever since the town bounced back from an 18th century plague.

The subsequent descent is less sweaty work and can be used to learn more about the town’s Jewish links. Peaking a hundred years ago when Jews constituted nearly 90% of the local community, the former synagogue just off the square commemorates the memory of the former Jewish population via an evocative exhibition that documents pre-war Jewish life. Further out, on the outskirts of town, the Jewish cemetery is set on a steeply angled roadside incline and features a ‘wailing wall’ made of tombstones that were smashed by the Nazis. In the dark woodland beyond, a sprinkling of moss-clad graves poke from out of the dense vegetation with the serene sense of solitude feeling both poignant and poetic. 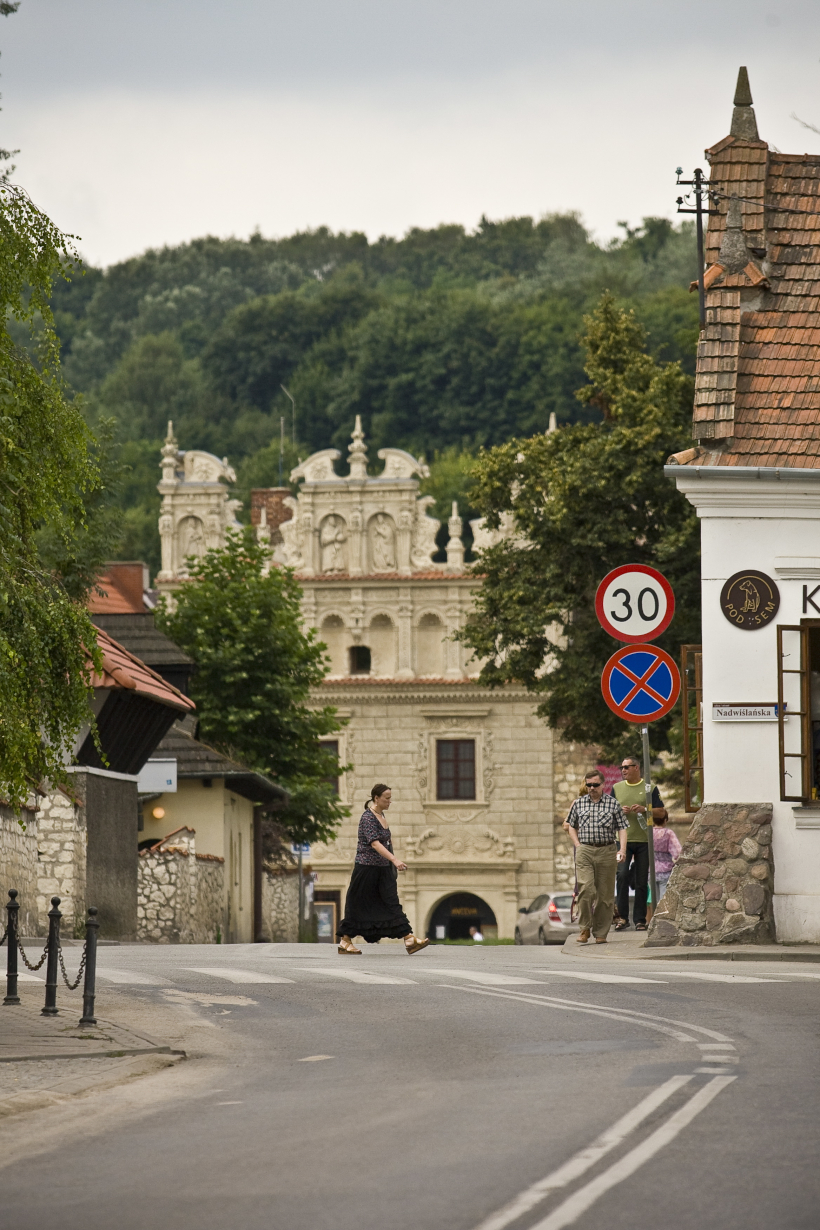 With dusk settling, check into the Vincent, a boutique guesthouse with a French farmhouse style. A vanilla white affair, rooms have a welcome Laura Ashley accent that’s primed for an evening tucked up in bed with a challenging read. But as tempting as it is to stay under the covers, extract yourself from bed to head downstairs to the restaurant and bar. Said to have trained under the eye of Wojciech Amaro, Warsaw’s very own culinary demi God, the chefs have created a superb little menu with a heavy local spin. But stop right there! Before licking the plate, remember that it’s practically obligatory to leave a generous morsel for Josephine, the haughty Maine Coon that struts between tables like a graceful, pampered brat. With the cat placated, settle yourself in for moonlit wine and conversation on the terrace outside. Life, all agree, rarely tastes better.

Sandomierz, a magical town full of beauty and mystery