The bee’s knees: researchers come up with new way of producing dried honey

Scientists from the Warsaw University of Life Sciences (SGGW) have come up with a new method to produce dried honey, which can be used on a large scale in nutrition and cosmetics.

The product contains 80 percent natural honey, unlike the ones available on the market which contain only 50 percent, making it healthier and widening its array of uses.

“The drying of honey is mainly made hard by the high content of simple sugars,” says  and Professor Samborska.Katarzyna Samborska/Facebook

“The drying of honey is mainly made hard by the high content of simple sugars and the fact that they have a low so-called glass transition temperature,” said Professor Samborska. “It is the temperature at which the transition from liquid or plastic to glass occurs.”

During the process, a dehydrated syrup is formed instead of powder. The drying temperature must be lowered to allow the form to change into a powder.

“We did it with the use of dried air during spray drying, thanks to which the temperature of the material during drying was reduced from 80 to 50 ° C,” she added. 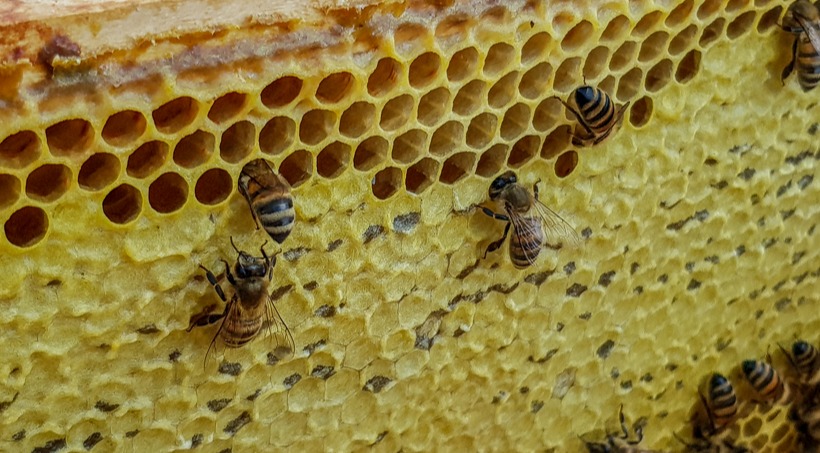 There is a growing demand for dried honey from the food industry and consumers.Kalbar/TFN

The innovative product doesn’t contain maltodextrin, which is used in the dried honey now on the market. It’s an additive with a high glycemic index. In the improved version it was replaced with nutriose - a carrier with prebiotic properties that are good for the digestive system.

The powdered honey produced by this method is excellent for confectionery, as well as meat products, as an additive to extend the shelf life of meatballs or pieces of meat, according to the tests carried out at the SGGW.  Research also shows that honey can be added as an antioxidant component and has antibacterial properties.

With a growing understanding of sugar’s negative effect on health, customers and the food industry are turning to alternatives such as honey. Global consumption is predicted to grow to 2.8 million tonnes by 2024. Poland is both an exporter and importer of honey, producing 22,000 tonnes per year. The dried version developed by the Warsaw scientists gives it a chance to strengthen its position on the market.

Poland is one of Europe's most competitive food producers - FAO official