He told TFN: “I absolutely never dreamed it would receive such feedback and if I’m honest I’m still not convinced I understand the reason why this project has generated such publicity!” 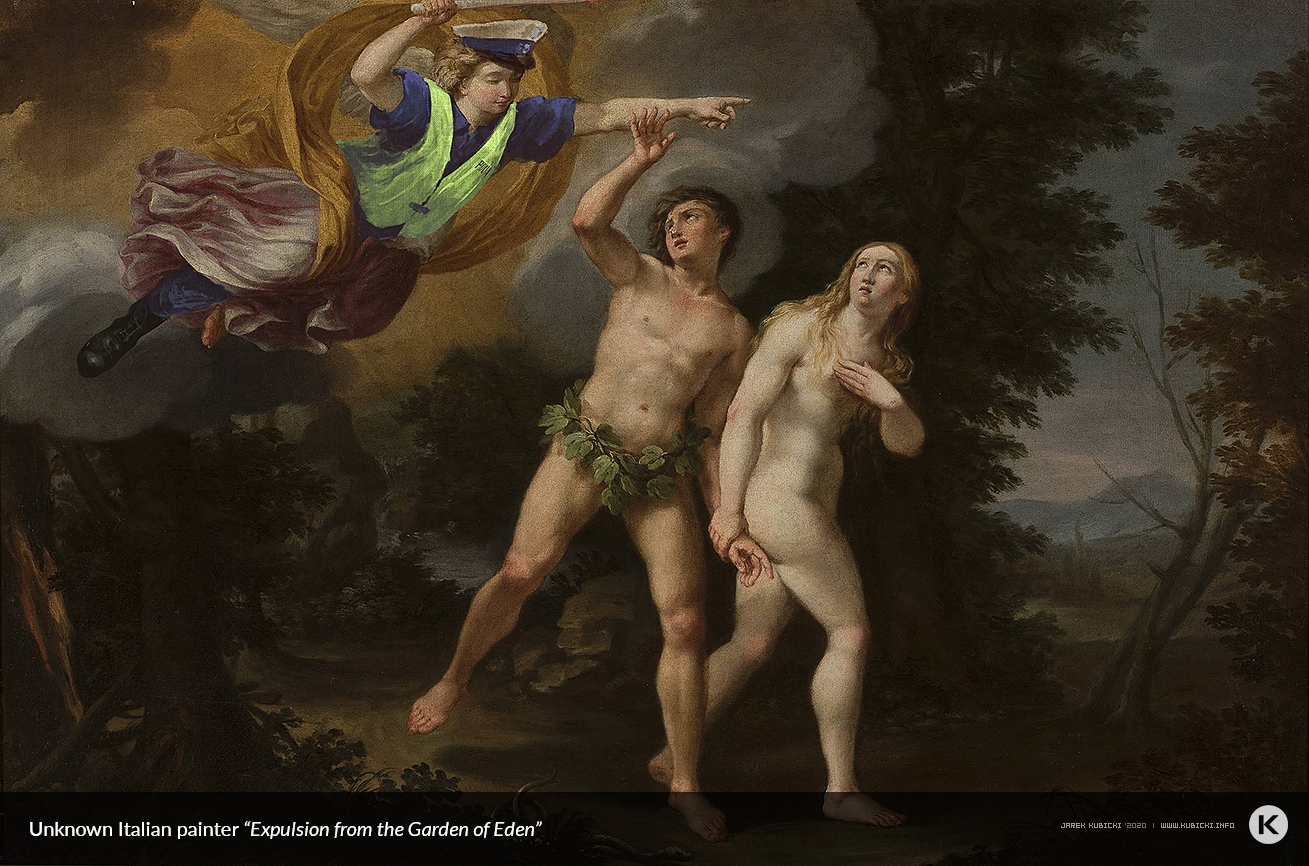 Witty and playful yet also poignant and thought-provoking, the resulting images have struck a chord with the public.Jarek Kubicki

Inspired by recent events in his home country, Kubicki says he sought to address the current situation in a gentle manner by celebrating famous artworks whilst simultaneously expressing social frustrations.

“It wasn’t easy choosing which paintings to use,” he continues. “I wanted to create a story that would assume a new meaning after the addition of new characters, but would also still contain a narrative value and reflect what I was trying to say.”

Not every picture was suitable for this and Kubicki found himself sorting through hundreds of masterpieces in a bid to find the perfect match. 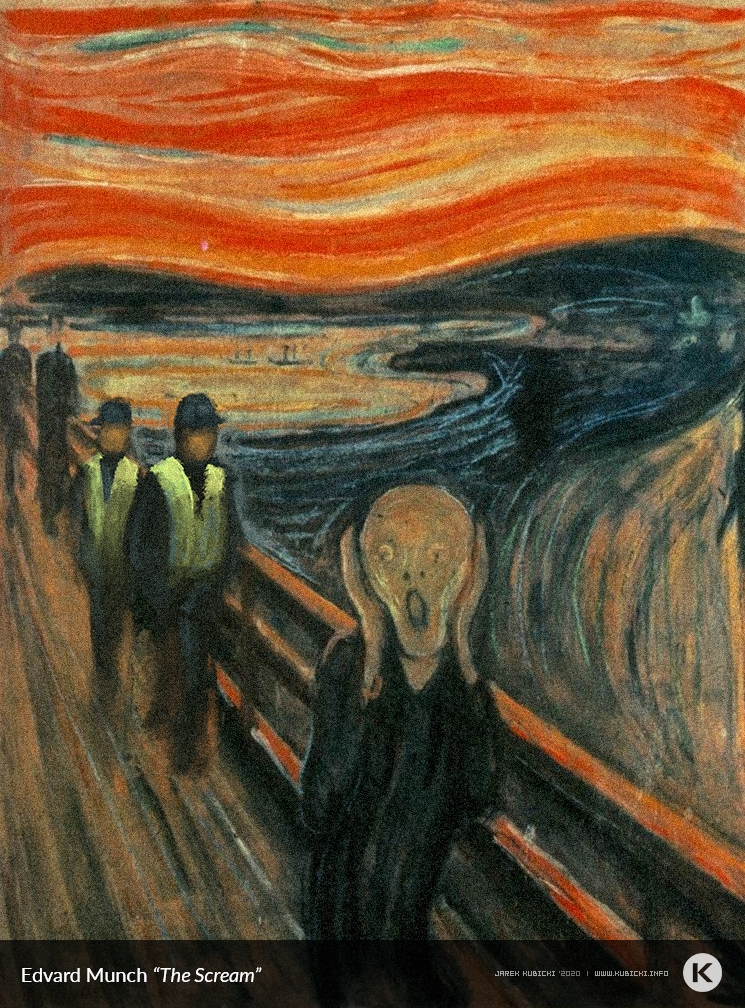 “I tried to choose the ones in which I could imagine interaction, dialogue and tension,” he says. “I wanted people to be able to imagine themselves in these scenes."

“My favourite though,” says Kubicki, “would be Nighthawks by Edward Hopper – I think where this was concerned I was able to add a whole new dynamic here without destroying the original story that Hopper painted.” 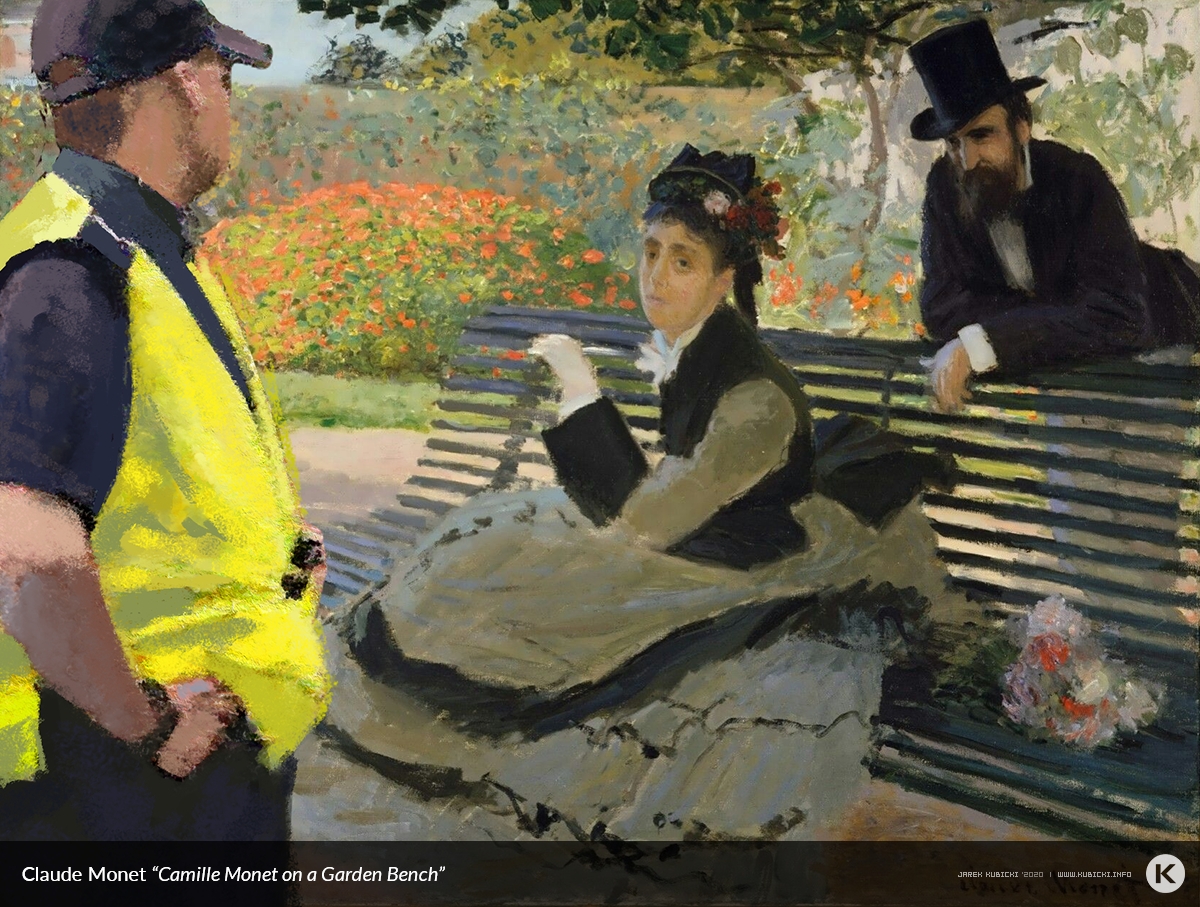 Inspired by recent events, Kubicki says he sought to address the current situation in a gentle manner.Jarek Kubicki

Along the way, challenges were plentiful adds Kubicki. “To start with I had to find reproductions that were large enough for me to work on, and that alone was difficult. Then, using Photoshop, I added images of police while trying to imitate the style of the painting so as to seamlessly blend the two together.

“I’ve been working with illustrations for a long time, so didn’t just have the right software, but also a large graphic tablet. With the aid of carefully selected digital brushes, the whole process was actually very similar to working on a real picture.”

Witty and playful yet also poignant and thought-provoking, the resulting images have struck a chord with the public. 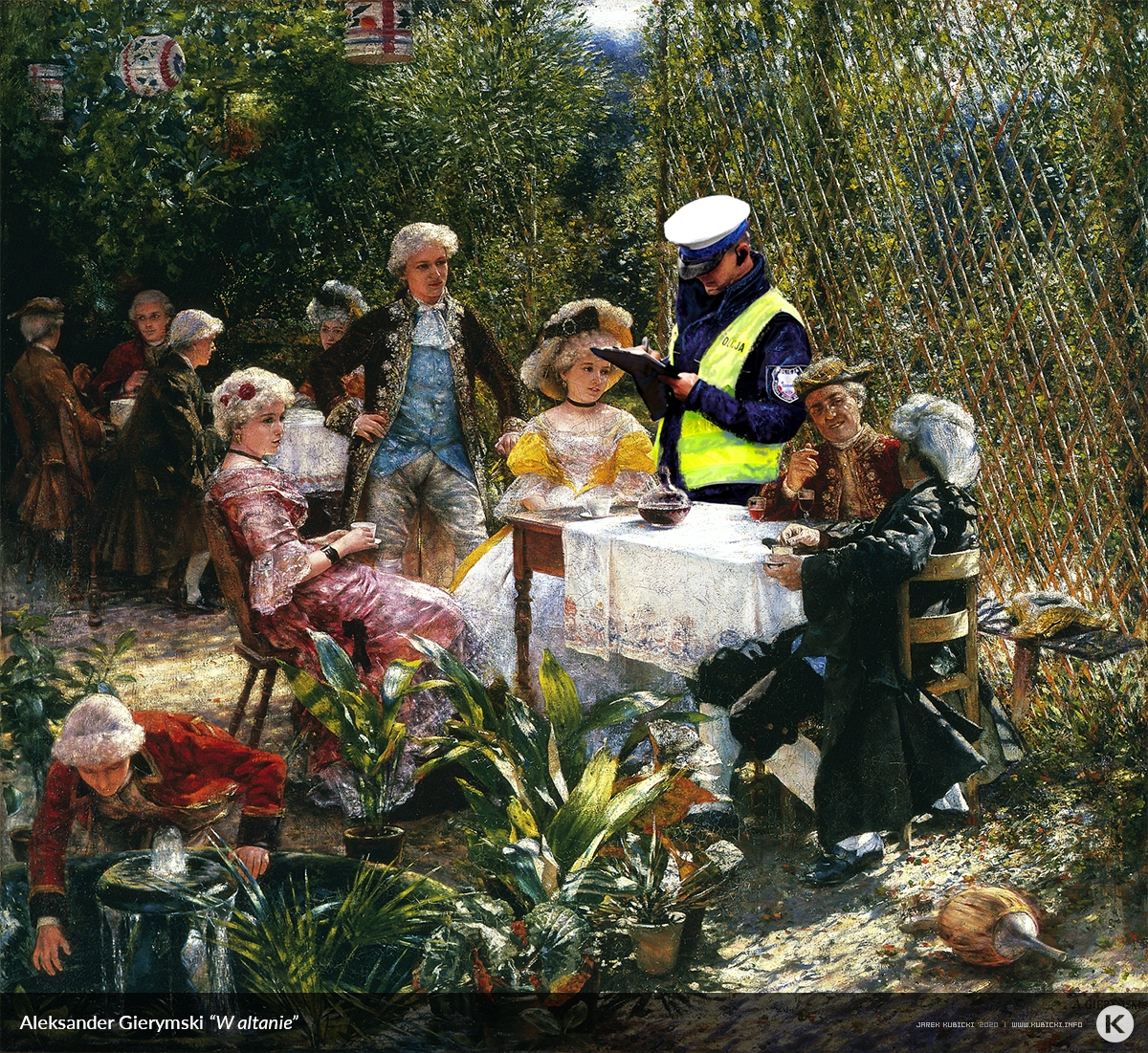 While adding images of police to the paintings, Kubicki tried to make sure he imitated the style of the original artists to seamlessly blend the two together.Jarek Kubicki

“As far as I know,” says the artist, “the series appeals to both policemen and the people who’ve been punished by them. I don’t like to impose my own interpretations, but I certainly wanted to draw attention to a problem that has become even more problematic: where should we limit interference in our ordinary lives?”

For Kubicki, the spotlight has been unexpected but welcome. “I’m busier than ever,” he says, “and given the current economic situation I’m delighted about that.” 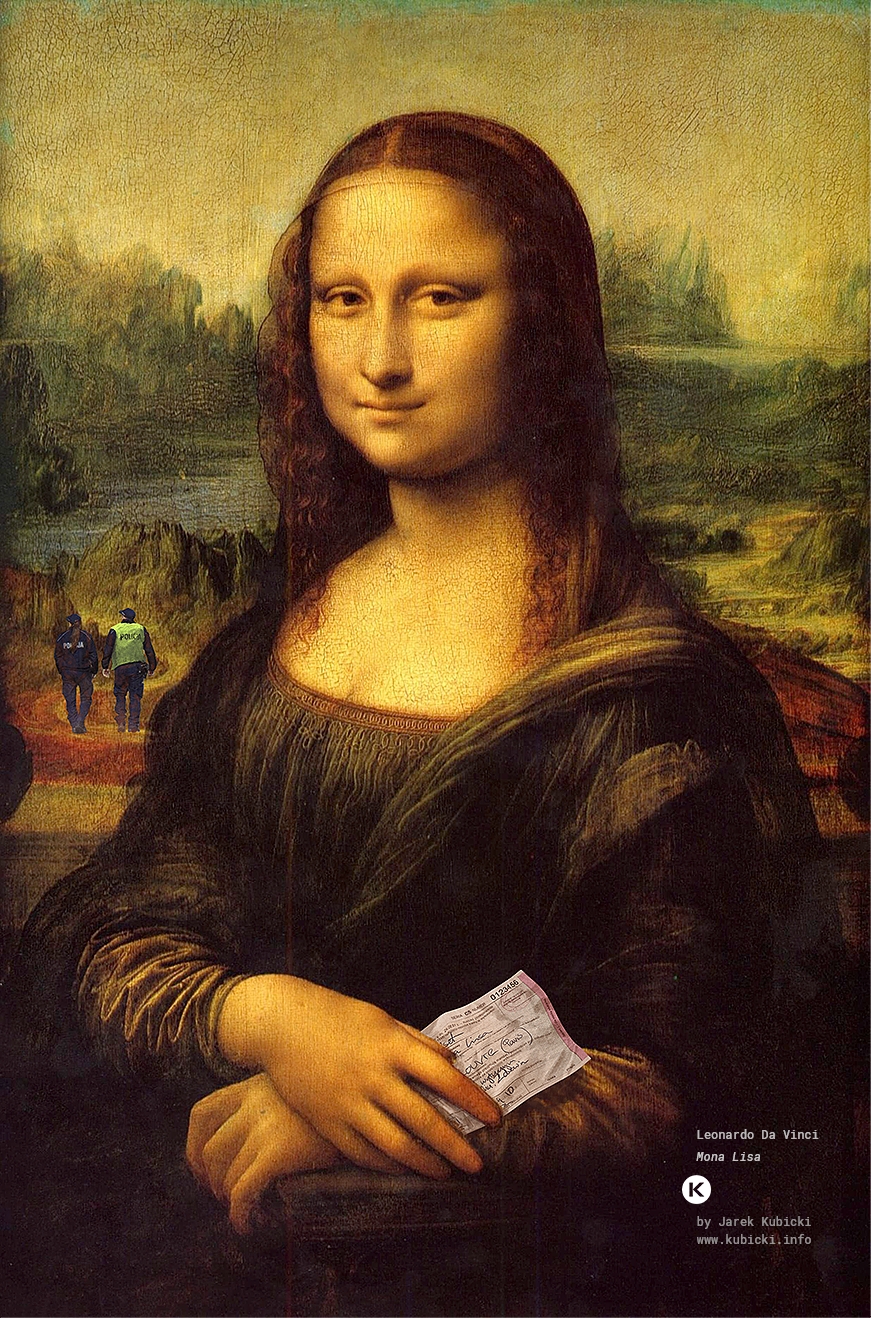 Kubicki found himself sorting through hundreds of masterpieces in a bid to find the perfect match.Jarek Kubicki

Furthermore, at least for the time being, quarantine has proved kinder to him than it has to the characters depicted in his work.

“It’s horrible hearing about the death toll and people getting infected,” says Kubicki, “but from a personal point of view I can finally stay at home and focus on the things I like doing the most. 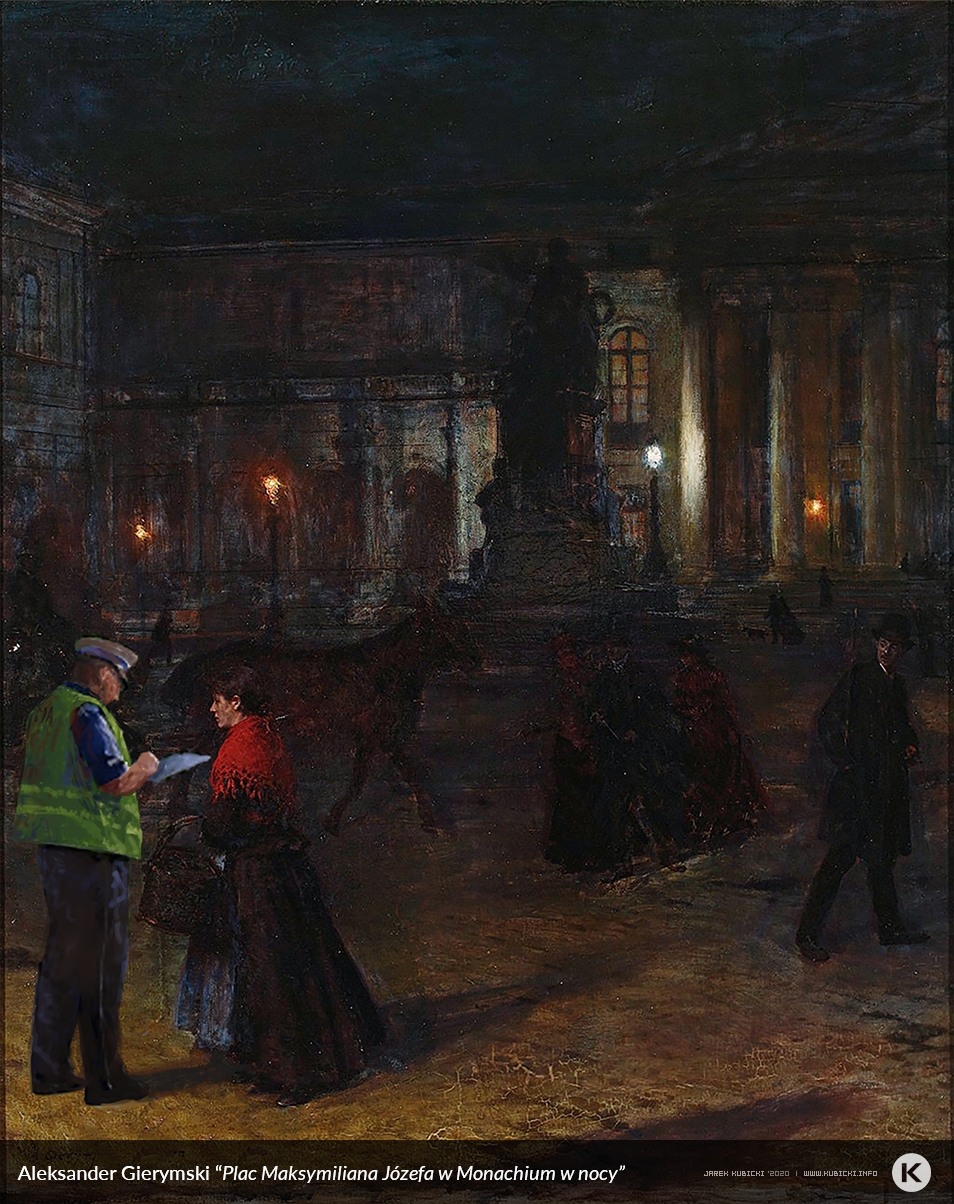 The artist believes that art has an important part to play in easing the hardships being commonly experienced at this current time says Kubicki.Jarek Kubicki

“Of course, that’s just my opinion after one month, and I’m fully aware that next month my feelings could take a complete turn for the worse as frustration and loneliness truly set in.”

Art, however, has an important part to play in easing the hardships being commonly experienced at this current time says Kubicki. 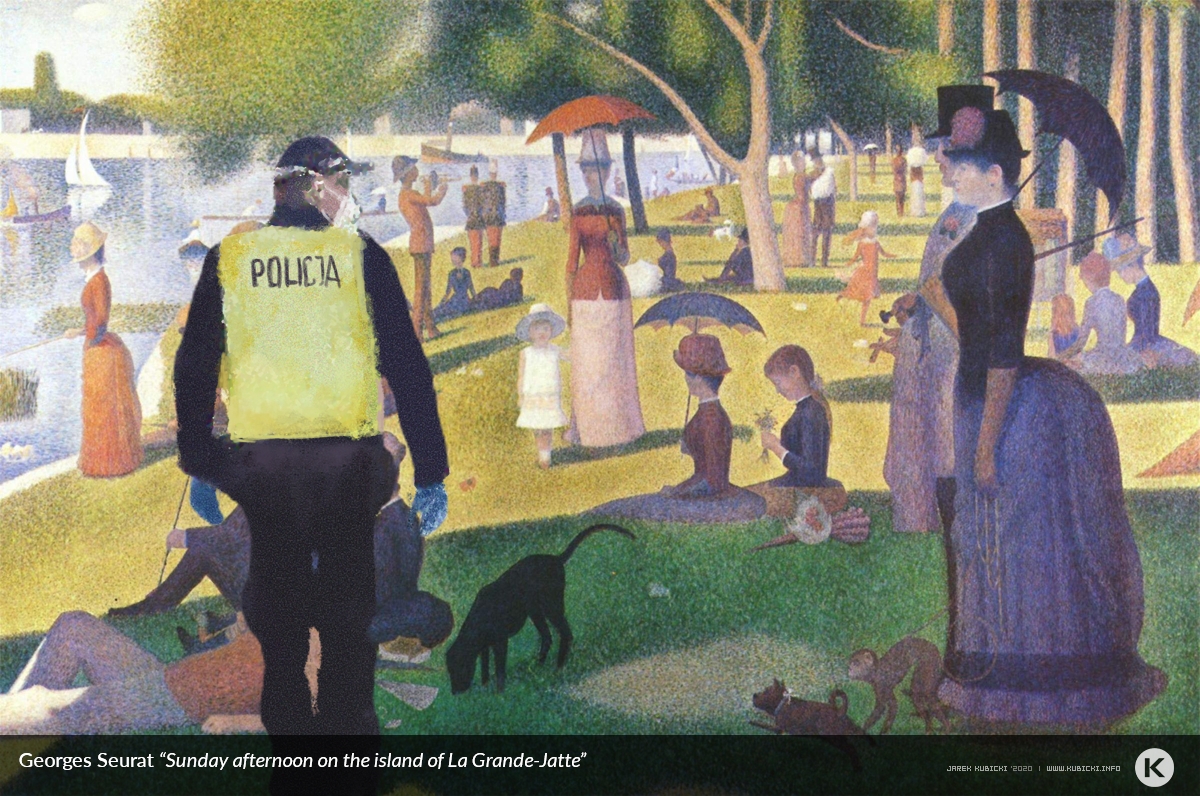 Kubicki told TFN that he tried to choose paintings “in which I could imagine interaction, dialogue and tension. I wanted people to be able to imagine themselves in these scenes.” Jarek Kubicki

“The situation is unique. In one go millions of people have lost their sense of security, both when it comes to their health and also their finances. Usually we’d turn to other people for solace, reassuring ourselves with their warmth and kindness, but that’s become impossible for the time being – the real world has been replaced with a virtual world: our cities are empty but the chat rooms are full. 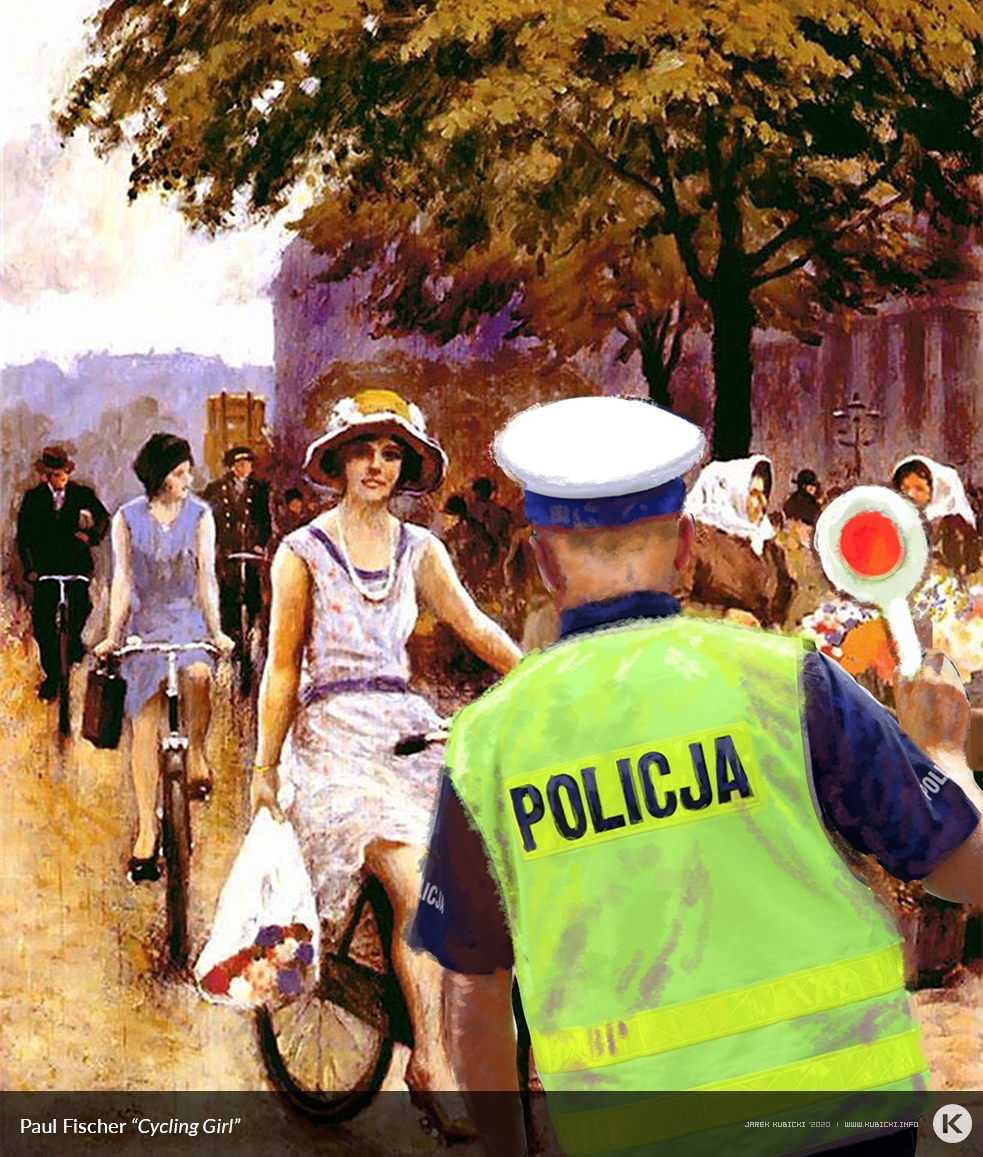 Kubicki’s images have struck a chord with the public by celebrating famous artworks whilst simultaneously expressing social frustrations.Jarek Kubicki

“In my opinion though, that’s where art should fill a gap. I have no doubt that it should be used to convey a message of support and to strengthen feelings of being part of a community. Art should say, ‘you are not alone’.”

By channelling this very sentiment, it is perhaps this final point that has been the key to explaining the viral success of Kubicki’s stunning collection. 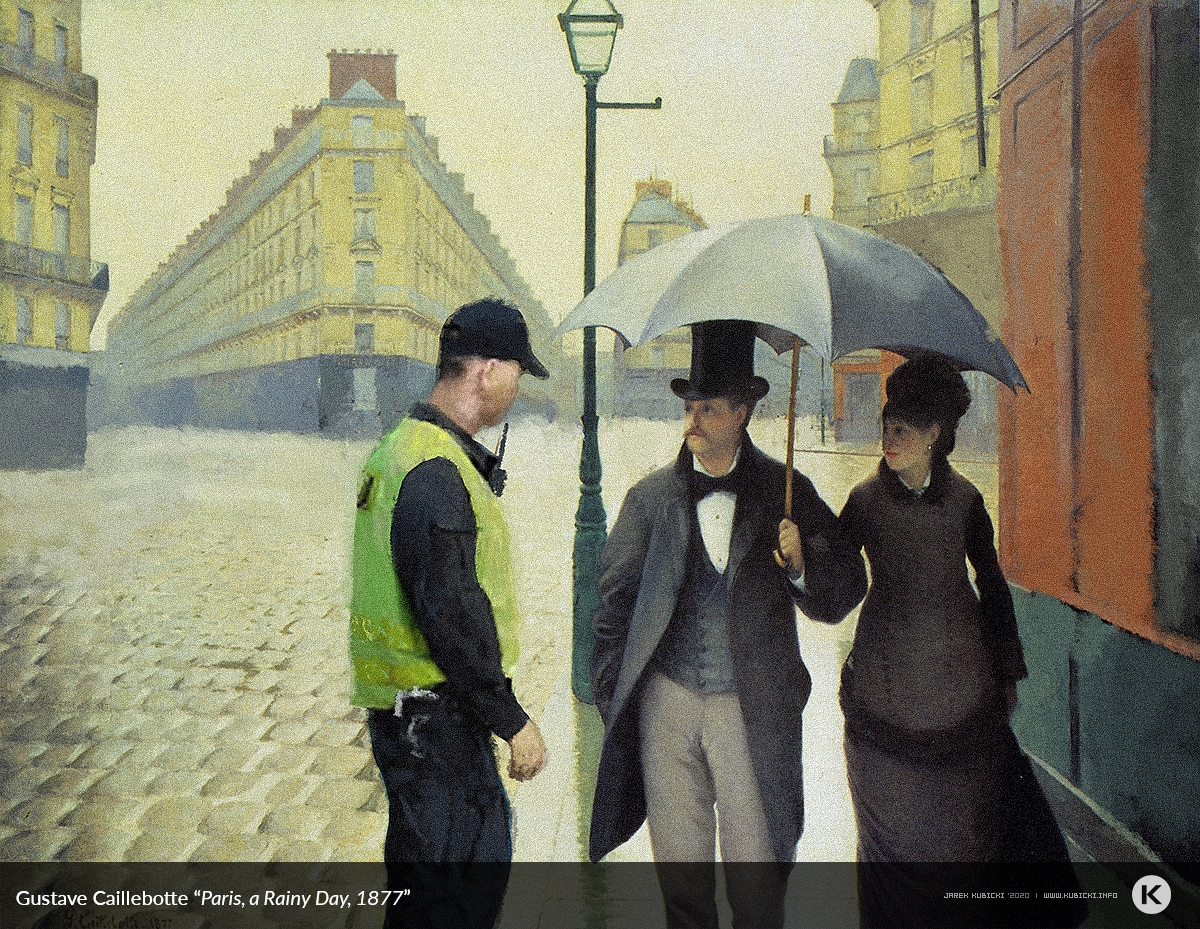 Since debuting last week, the paintings have gone viral.Jarek Kubicki