A Kraków-based bakery has been thrust into the national spotlight after transforming their surplus bread into high-quality, craft alcohol.

Produced by their firm Rebread, the idea was coined by Katarzyna Młynarczyk and Bartłomiej Rak as a direct reaction to the challenges facing Młynarczyk’s artisan bakery in the south of the city.

“As an artisan baker, you put your whole heart into baking,” she says. “It’s a long and laborious process so when you’re left with lots of loaves that are unsold you do start to wonder what to do with it all. As things stand, most bakers will either simply throw these away or resell them to the agricultural sector for animal feed – but either way, this artisan bread completely loses its very value.” 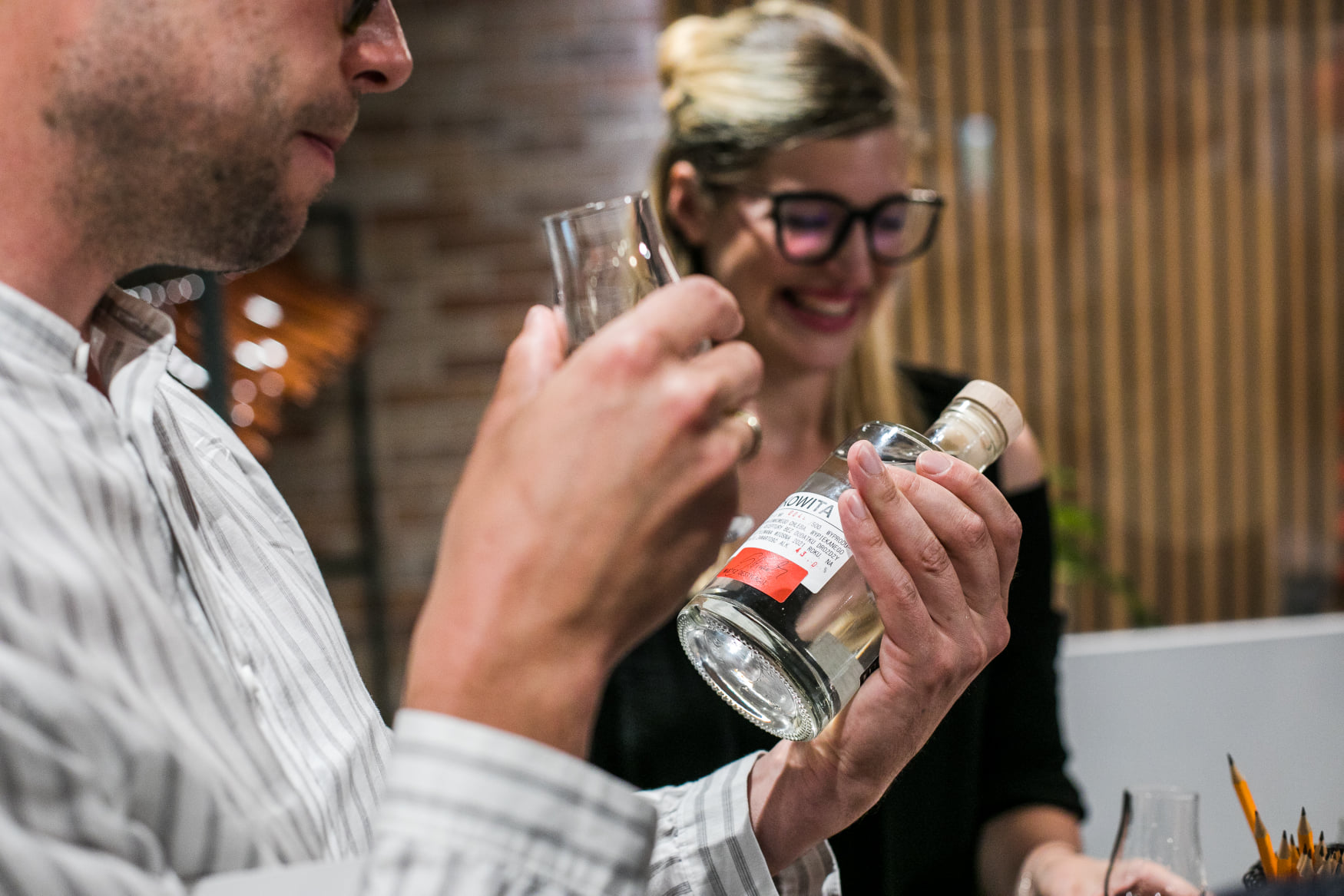 Due to hit the market in the forthcoming weeks under the name Okowita, the spirit has already met with rave reviews from those industry experts that have been privy to preview tastings.Rebread/Facebook

It was whilst researching possible solutions to this problem that Młynarczyk learned about an Austrian bakery that was using their waste to produce whisky, gin and brandy. Inspired by this, her and Rak chose to tread a similar path and created Rebread in response.

“After six months,” she says, “we’d stored away half a ton of stale bread that was ready to be distilled into alcohol.”

From this initial batch of bread came 550 bottles of Okowita, a traditional spirit far ‘cleaner’ than vodka.

In itself, turning bread into alcohol is nothing new; by Młynarczyk’s own admission, it was a relatively common practice during the PRL era for bakeries to turn over their waste to alcohol firms. However, says Młynarczyk, the quality when benchmarked against today is incomparable. 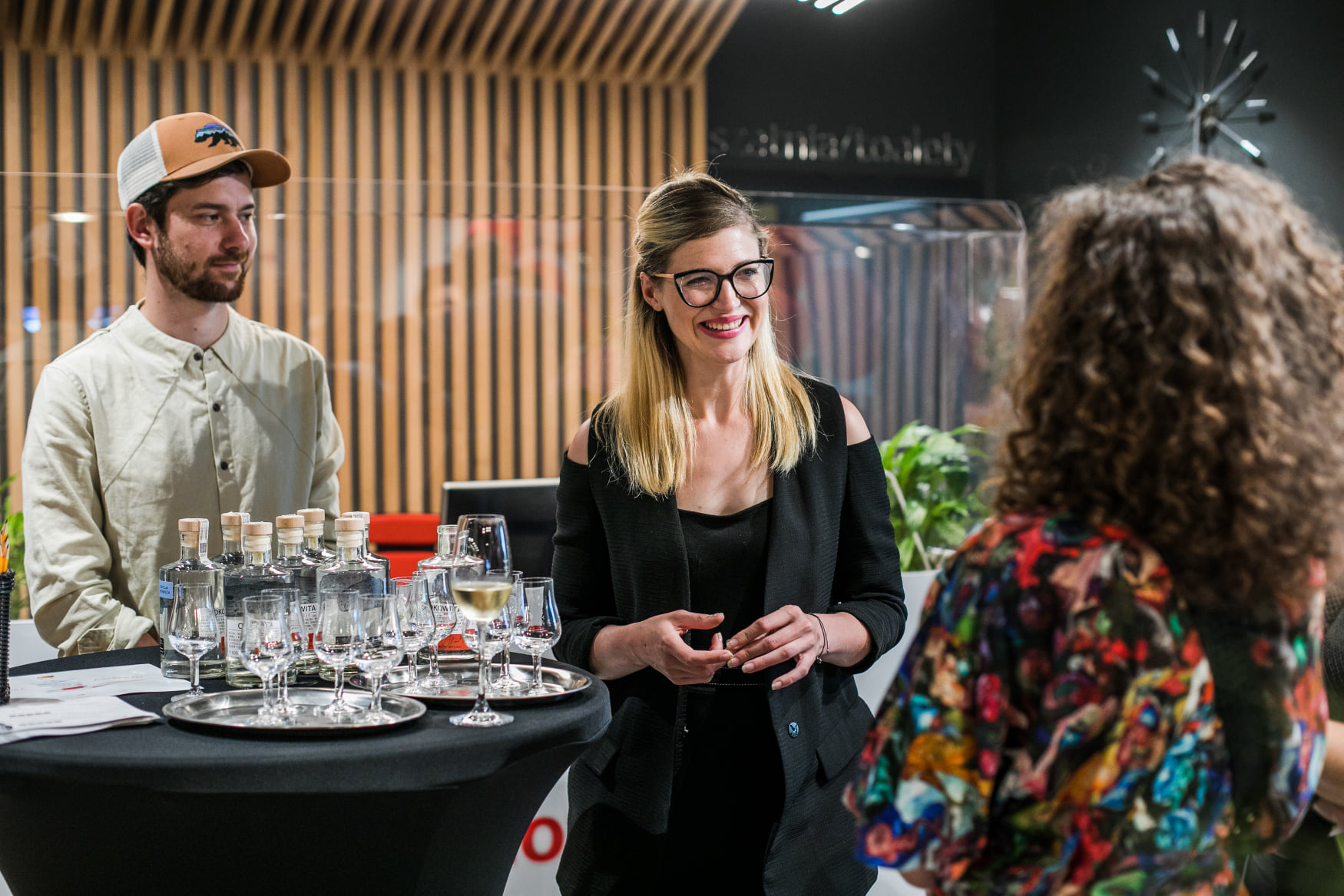 Produced by their firm Rebread, the idea was coined by Katarzyna Młynarczyk and Bartłomiej Rak (pictured) as a direct reaction to the challenges facing Młynarczyk’s artisan bakery.Rebread

“Artisan bakeries tend to concentrate on sourdough bread which requires only flour, salt and water,” she says. “That means no additives, no preservatives, no artificial nasties.”

By nature, this translates not only into higher quality bread, but also alcohol as well.

“Our Okowita has so much flavour that it’s best to serve it at room temperature,” she says, “there’s no need to freeze or chill it like one would do with big-brand vodka.”

But as excitement and expectations build around the launch of Okowita, Młynarczyk is adamant that this is but the beginning. 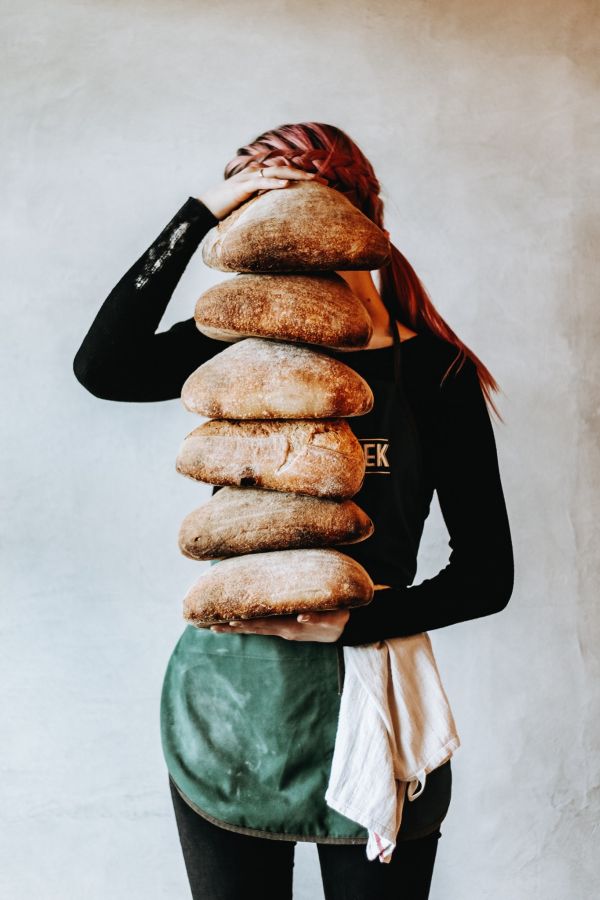 Wondering what to do with left over bread and that hadn’t been sold, Młynarczyk became inspired by an Austrian bakery that was using their waste to produce whisky, gin and brandy. Handelek

“Roughly speaking there are about 170 artisanal bakeries in Poland, and all of them face the same problem of waste,” she says. “It’s impossible to determine how much bread you will sell, so there’s always some that is excess.”

Motivated by this, Rebread have already contacted 50 of these bakeries and are currently cooperating with seven. All, says Młynarczyk, have expressed strong interest in the concept.

“On top of the other Kraków bakeries that we’re already working with, we’re in talks with ones in the Warsaw and Silesia areas,” she says.

“Looking ahead, we’re now looking deeper into logistical factors and warehouse space – and as a young start-up, we’re also seeking investors and looking to start a crowdfunding campaign.” 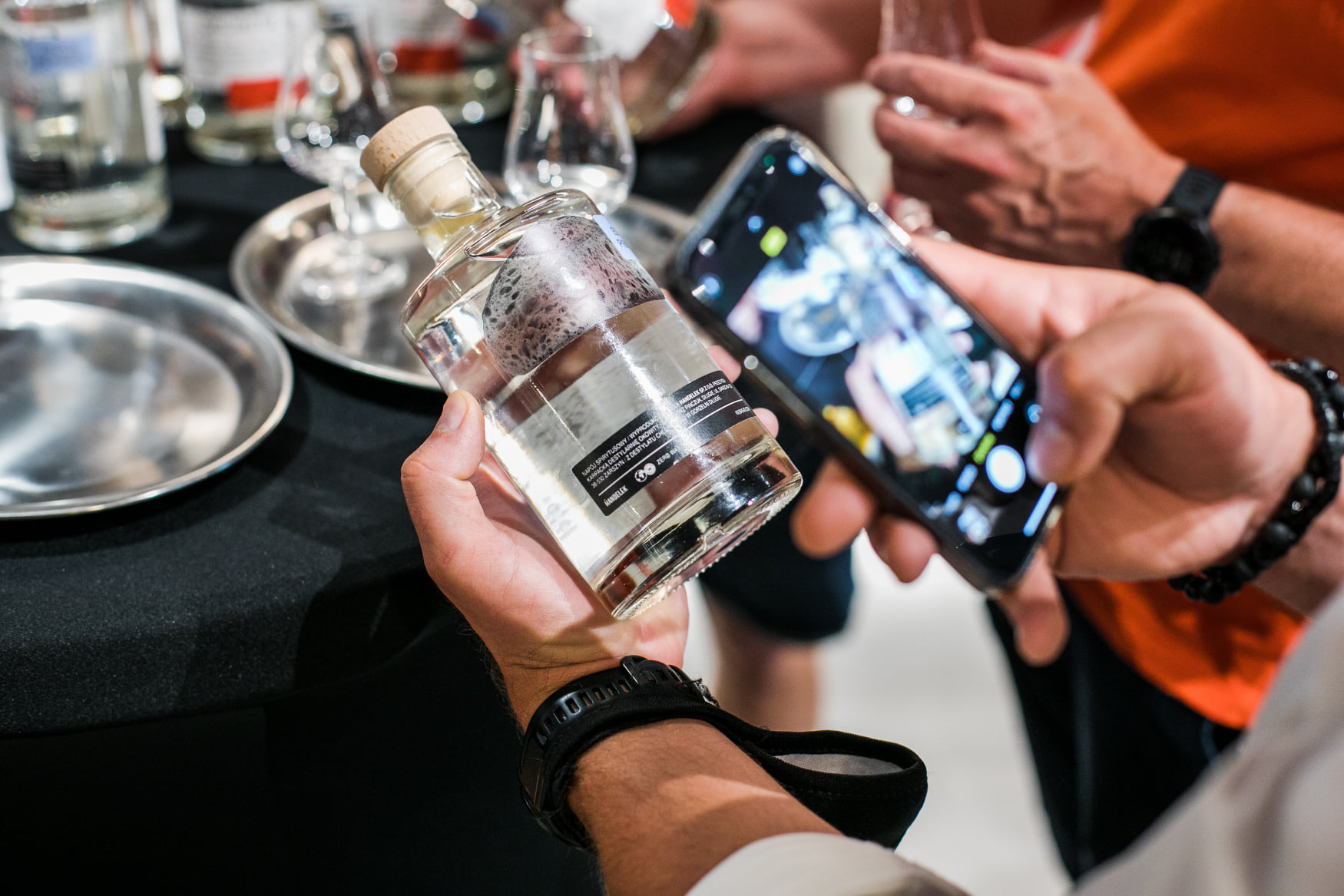 Młynarczyk said: “Our Okowita has so much flavour that it’s best to serve it at room temperature,” she says, “there’s no need to freeze or chill it like one would do with big-brand vodka.”Rebread

Even in the current economic climate, this should not be difficult.

Defined by the scope of their ambition, Rebread are now set to engage in university and lab-led tests to find further uses for bread.

“This is needed to validate our ideas,” continues Młynarczyk, “but as an example we are looking into bread-based packaging and cosmetics.”

That there is ample mileage in both is a given.

“The nutrients in artisan bread aren’t just kind to the stomach but also the skin,” says Młynarczyk. “There may be more out there, but we know of one firm that’s already producing bread-based cosmetics, and we know for a fact that these are beneficial to the body – the micro-organisms that are created during the fermentation process are ideal for balms, lotions and shower gels.” 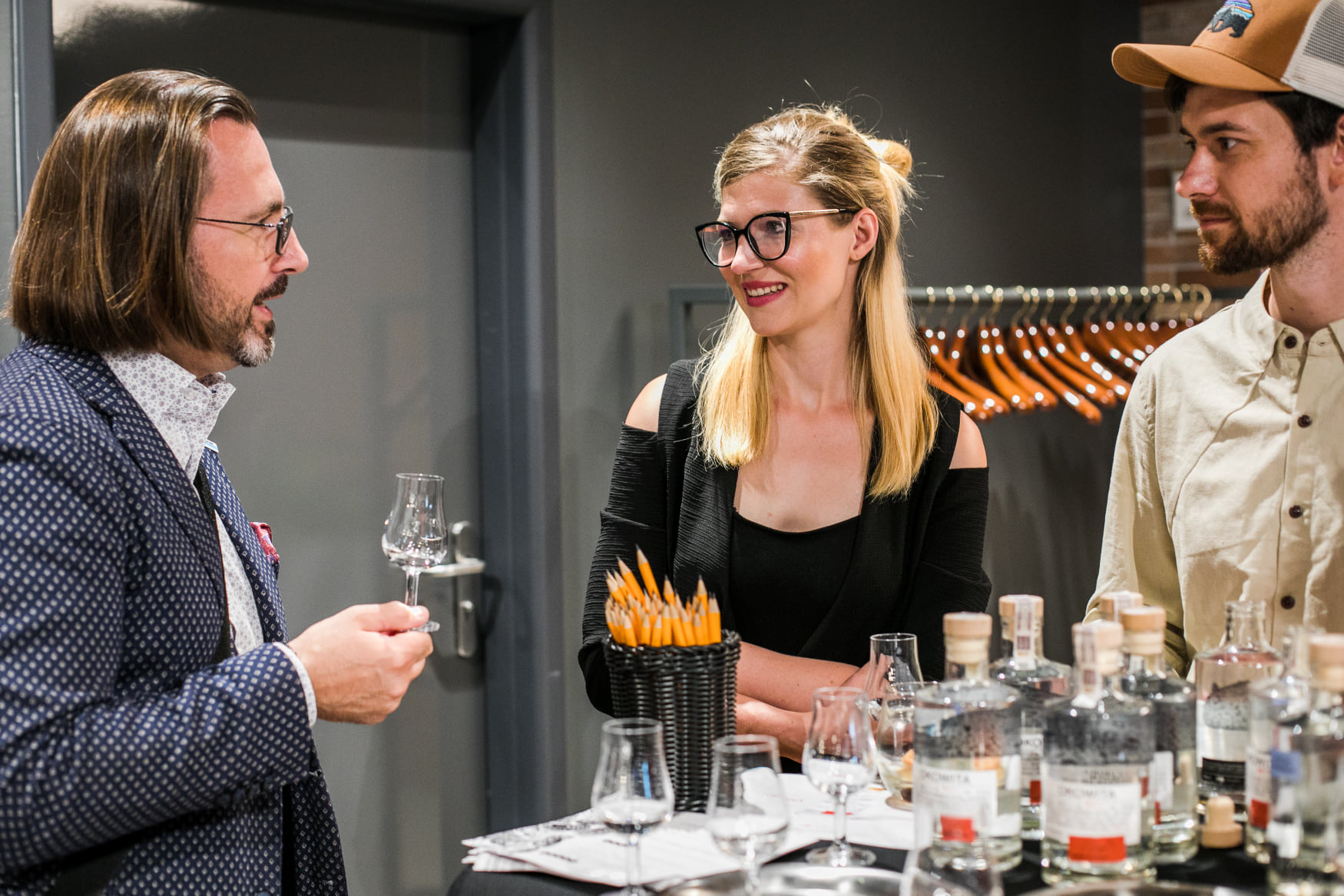 Already cooperating with a number of Kraków bakeries, Młynarczyk and Rak are also in talks with ones in the Warsaw and Silesia areas.Rebread

Claiming to have been “staggered” and “shocked” by the positivity of the reaction so far to Rebread’s philosophies, the feedback has been doubly pleasing for Młynarczyk and Rak.

“It isn’t just the concept that people have applauded,” she says, “but also the quality of the things we’ve done thus far – the latter point is as important as the first.”

With growth seemingly certain, the goals have already been mapped out.

“Right now Poles throw away two million tons of bread each year, the data is horrifying” says Młynarczyk. “Ultimately though, we would love to reduce that by as much as 5% by the end of next year.”