An artist has wrapped a Warsaw townhouse in aluminium foil in an eye-catching project designed to draw attention to a building that has lain derelict for years.

The foil-wrapped house is the work of Łódż-born artist Piotr Janowski who, despite working in the fields of painting, sculpture and photograph, has become best known for wrapping large objects in a thin layer of aluminium foil.

His latest project is at 9 Ząbkowska Street in the Praga district of Warsaw. The building dates from 1870 and although in a state of disrepair and dereliction, Janowski’s interest lies in the fact that it is a building which has stood in its place through the glamour of pre-war Poland, the German occupation, communism and recent political and social changes.

As a derelict building, in one of the poorer, yet historically fascinating, areas of the city, the townhouse has been ignored and fallen further into disrepair. Any redevelopment potential of the building has also been stalled due to ascertaining who legally owns the property. 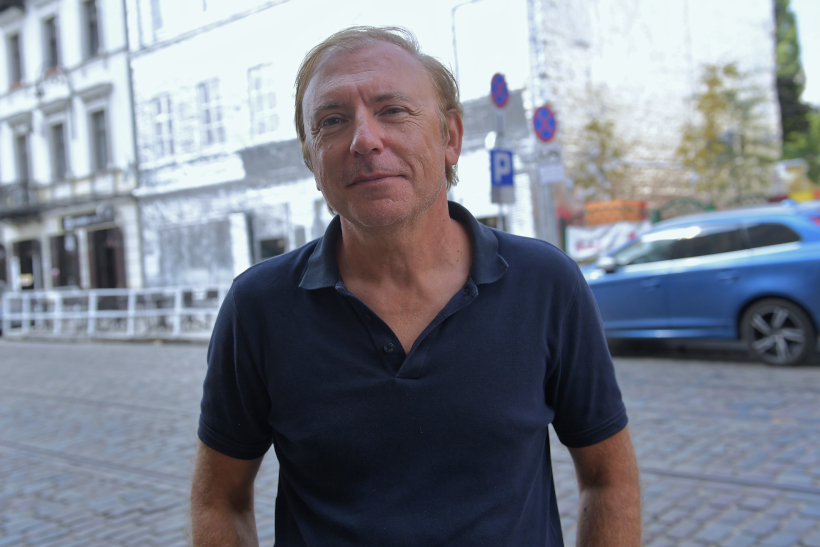 Born in Łódż but now living in Vienna, Janowski has also wrapped a house in the US and a Polish steam locomotive. Marcin Obara/PAP

Janowski’s project aims to draw attention to the beauty of the house by transforming it into a shiny and highly noticeable object, and to judge the reactions of passers-by and residents who may have walked past the historic building daily, without even noticing it. The project also raises awareness of the number of derelict and disused buildings in a city constantly complaining about the lack of affordable housing and the money-making redevelopment plans of greedy developers.

The characteristics of the aluminium foil closely hugging every contour and blemish on the façade of the old townhouse means that the building will be in a constant state of flux - as the sun changes position, atmospheric conditions alter, or when darkness falls and the building is lit by artificial street lighting. The shadows of passing pedestrians will also add to the feeling that, once again, the house is ‘living’.

The foil is also intricately placed and applied in the same manner as one would apply gold-leaf, hence picking up every detail of the wood, metal and stone underneath the material. 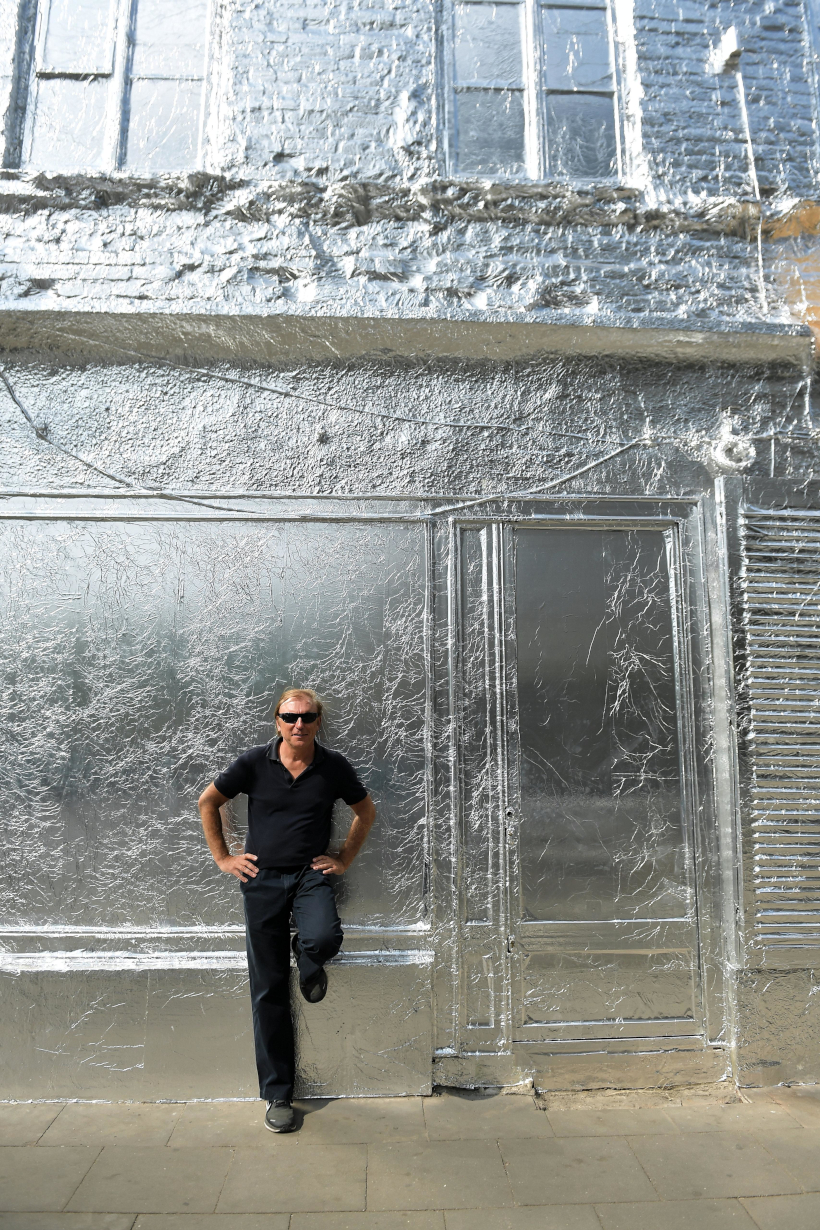 Janowski outside the Ząbkowska building. The project opened to the public on September 8.Marcin Obara/PAP

This is not the first time Janowski has wrapped a house. In 2015, while living in Tarpon Springs, Florida, he covered three sides of his rented home and palm trees in the garden with silver foil. The piece, named after the address, ‘402 Ashland Ave’, became quite a talking point and incurred a variety of reactions from local residents.

A neighbour demanded to know whether he was violating any state laws, an arborist was also alerted, in order to check if the foil covered trees were being harmed and one neighbour strangely suggested that he may be trying to secure a stronger internet signal with the reflective foil! The whole affair was even covered by the ABC news channel in the US.

For the opening of the new Łódż Fabryczna railway station in Łódż in 2016, Janowski presented a 20 ton, 13 metre long 1953 steam engine which was entirely covered with aluminium foil.