A Kraków-based start-up is set to revolutionise the world of canine pet care after devising a 4D printed orthoses device capable of correcting degenerative, post-accident or congenital abnormalities in dogs.

The idea was born after brothers Franciszek and Grzegorz Kosch saw their previous company Glaze Prosthetics become the first in the world to design an upper limb human prosthetic that used 3D technology from start to finish. 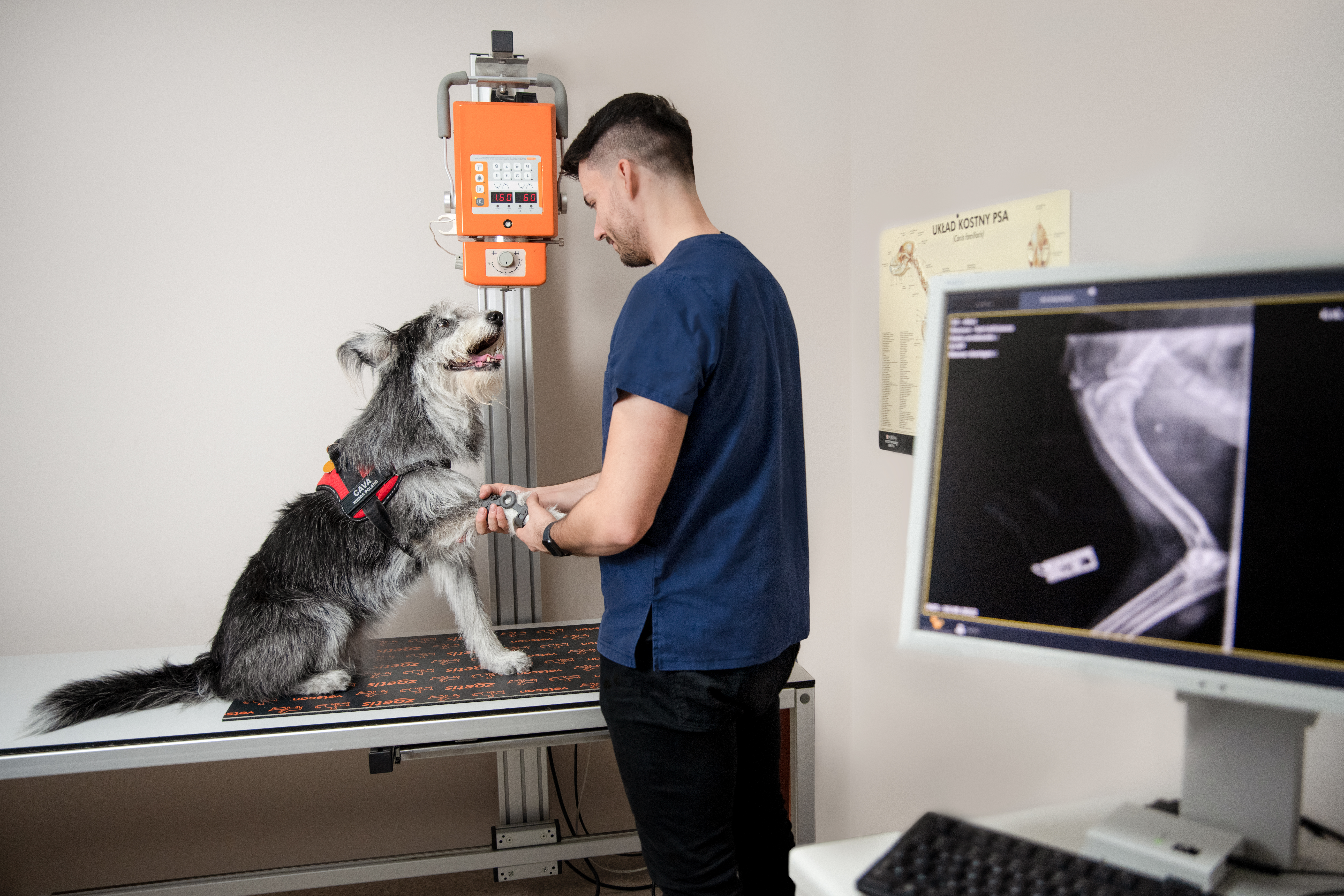 Noticing a gap in the pet market, the duo launched Wimba this year along with their friend, Maciej Szczepański – a veterinarian and finalist at this year’s London Vet Show 30 Under Thirty.

Speaking to TFN, Grzegorz Kosch said: “We saw a great opportunity in the PetTech sector – there’s a huge need for canine orthoses products but almost a complete lack of good quality orthopaedic supplies.”

With around 700 million dogs in the world, it’s estimated that as many as 20 percent have an orthopaedic problem of some kind or other. Until now, though, vets have been limited in the kind of treatments that they can administer. 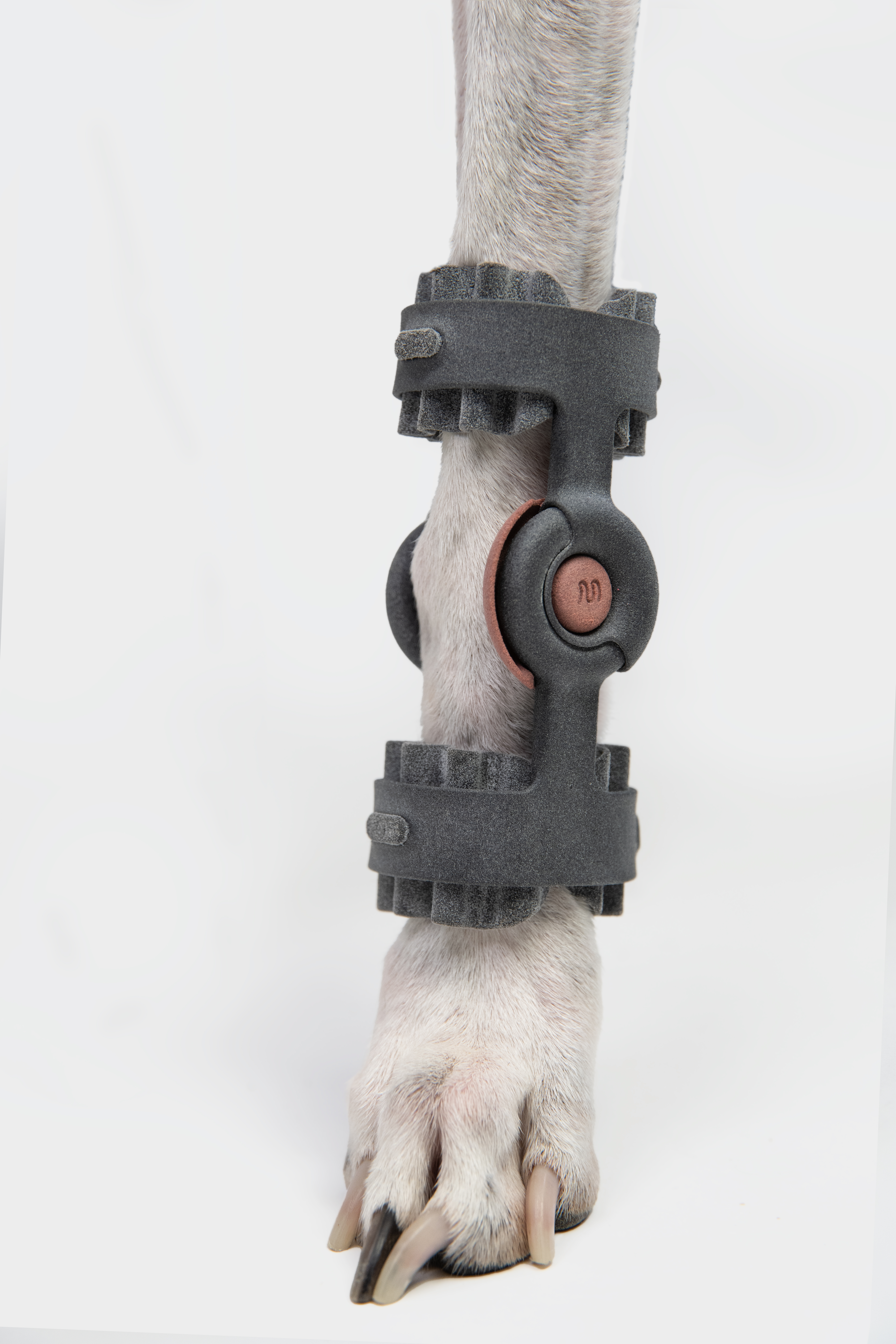 A mobile app allowers users to scan their dog to ensure the perfect fit.Wimba

“We only started this project in June so we have moved very fast,” says Kosch. “However, we’ve been able to work quickly because of the industry knowledge that my brother and I have acquired, and the veterinary skills and market knowledge that Maciej brought to the table.”

Seeking to fully restore a pet’s mobility, the device provides functional stability to the injured limb segment, can prevent or reduce the severity of an injury, controls a dog’s range of movement and provides physiological ranges of possible motion. 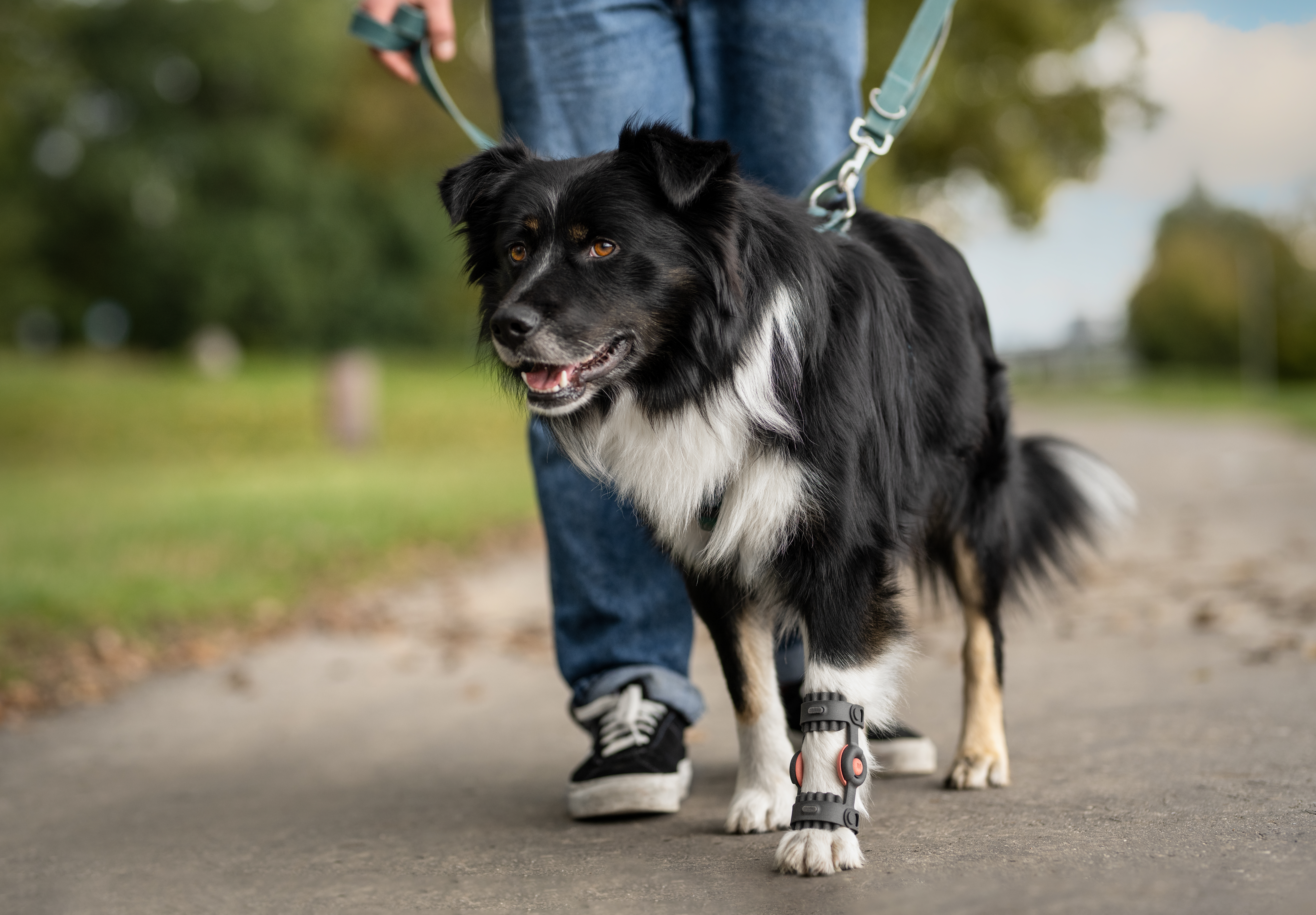 It is estimated that as many as 20 percent of dogs have an orthopaedic problem of some kind but until now vets have been limited in the kind of treatments that they can administer.Wimba

“At first we thought we could use normal 3D scanners to develop this,” says Kosch, “but we quickly realised that telling a dog not to move was close to impossible! We had to come up with a new way to acquire data.”

Instead, new solutions were developed, among them a mobile app allowing users to scan their dog to ensure the perfect fit.

“Obviously,” says Kosch, “animals also have fur – to take correct measurements we also came up with a kind of sock that you can put on your pet that our algorithms can then recognise.” 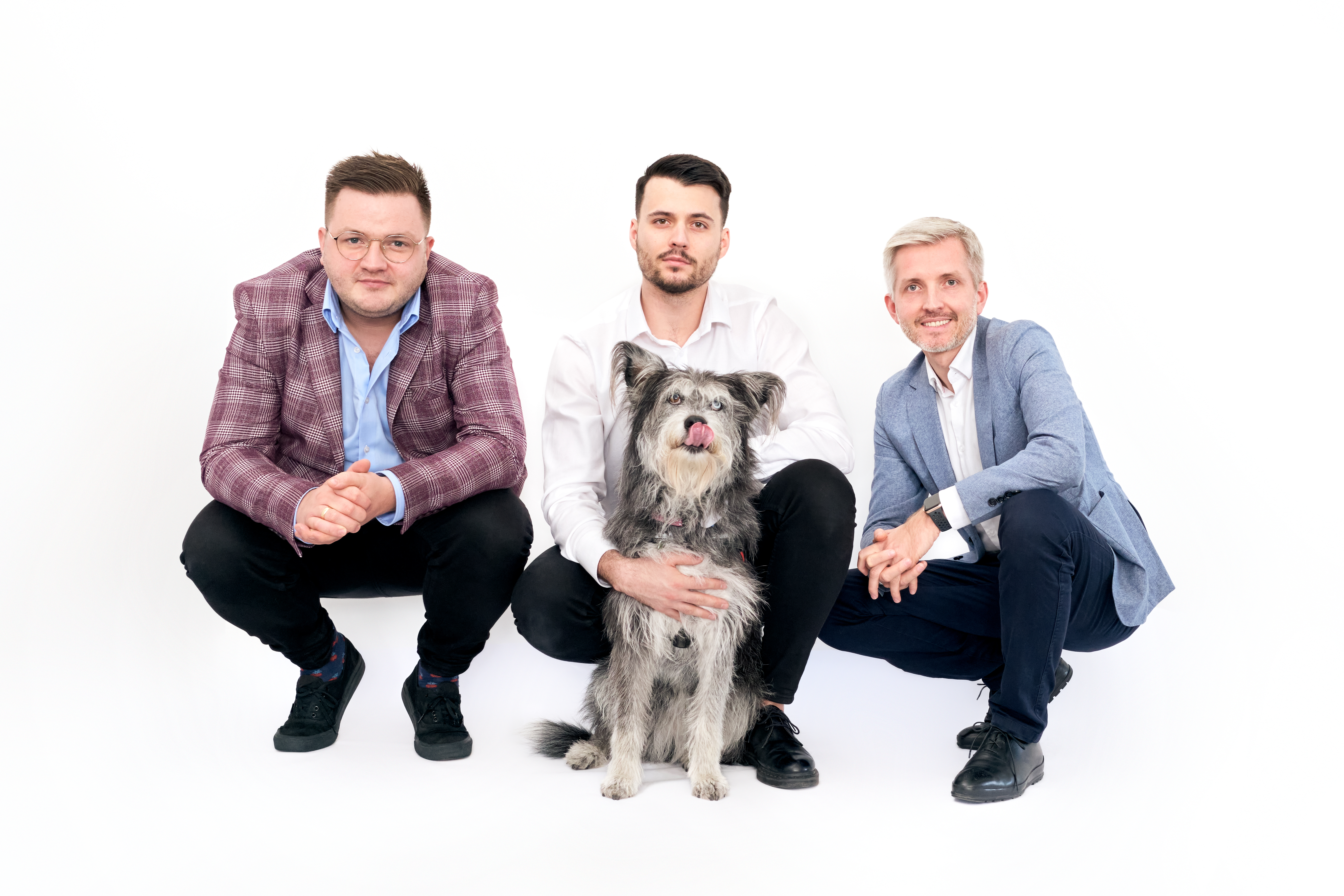 Franciszek and Grzegorz Kosch launched Wimba this year along with their friend, Maciej Szczepański – a veterinarian and finalist at this year’s London Vet Show 30 Under Thirty.Wimba

The multi-functionality of the device has also set a benchmark.

“We didn’t just want to make orthoses for dogs,” continues Kosch. “We wanted the product to do more, so from the outset the design team were thinking beyond its basic use.”

Featuring interchangeable, coloured tokens, these allow for different functions as well as a treatment roadmap tailored to a pet’s individual needs. By monitoring the rehabilitation process, these can then be used to increase resistance so that the dog can rebuild its muscles in the most efficient way. 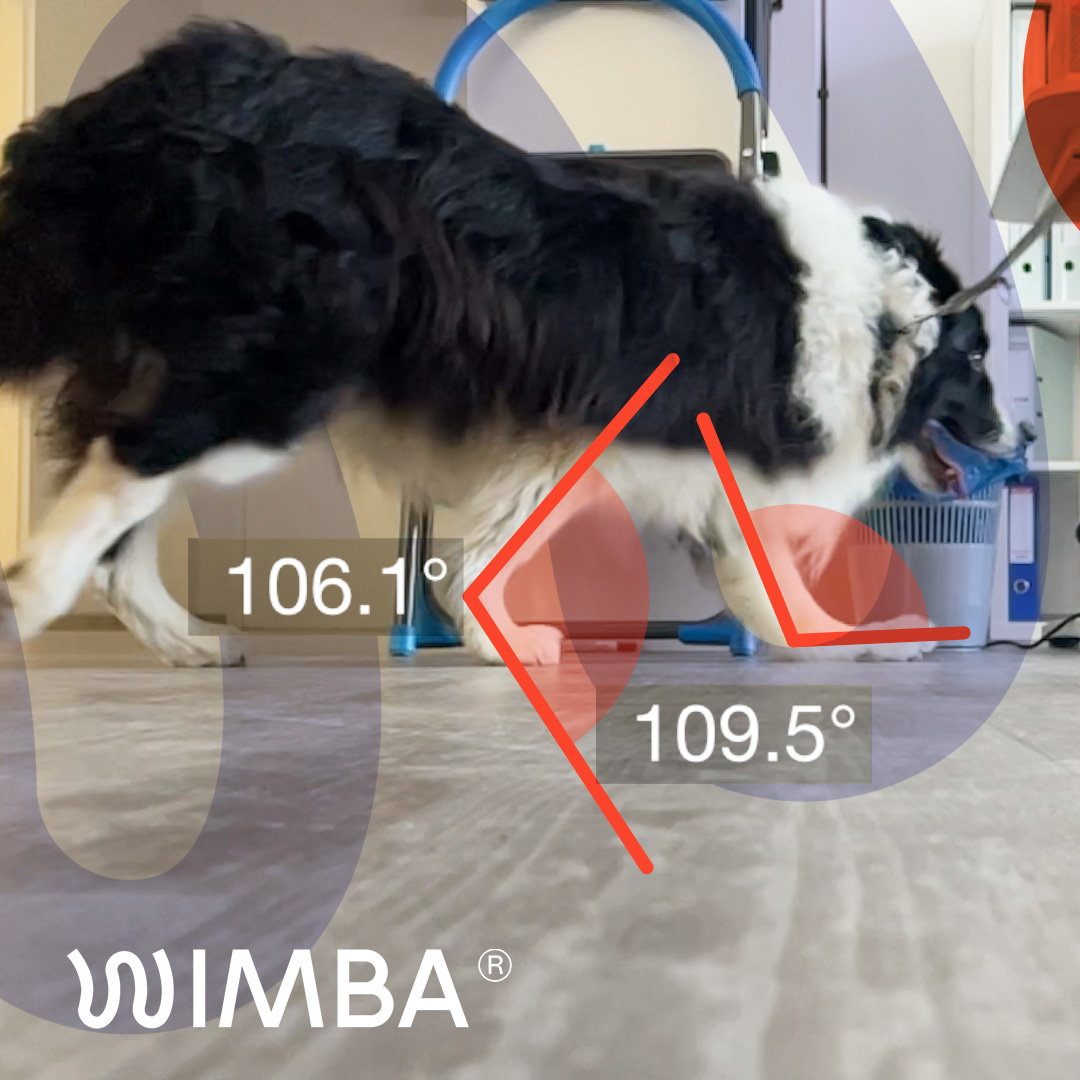 A 13-year-old Border Collie with bilateral carpal hyperextension due to his age and weight significantly hinders his mobility. The first image shows where pathological changes have taken place.Wimba 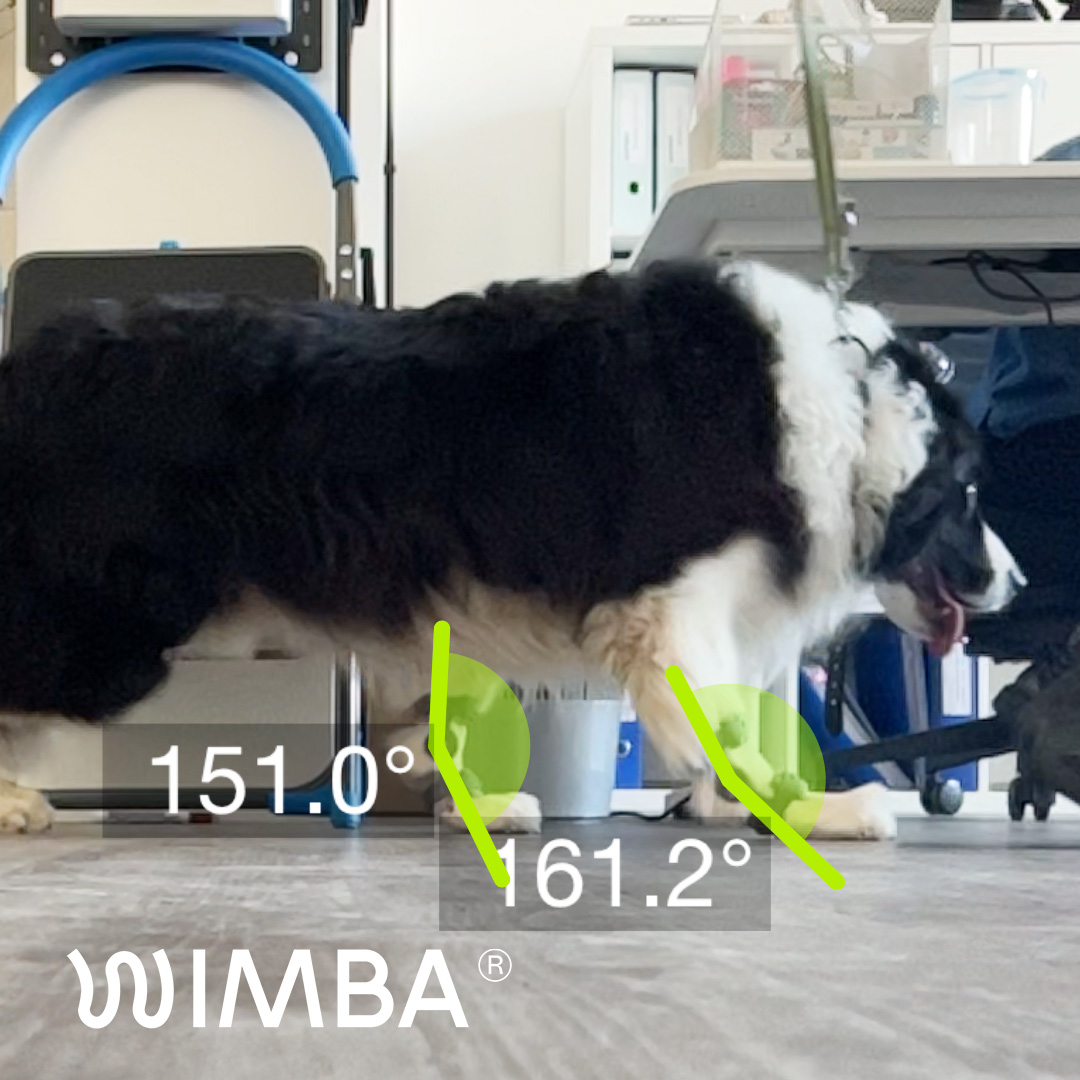 With the Wimba orthosis differences in the angles of the joint are huge which undoubtedly improves the comfort of this dog’s stepss as well as helping to rest the joints and structures that stabilize it.Wimba

According to Kosch, product tests have already reaped positive results. “Just the other day we had a very heavy, fourteen-year-old dog that was struggling to walk unaided. The device worked perfectly – he was able to stand on his legs easily.”

As it stands, Wimba are poised to transform PetTech in more ways than one. “The products that are currently on the market don’t have these varied functions,” he says. “Moreover, they’re expensive and turnaround time between order and delivery can be anything up to six-weeks.”

Weighing around five times less than the nearest competitor, Wimba also hope to undercut the competition from the cost perspective. “An immense amount of dogs need these solutions,” says Kosch. 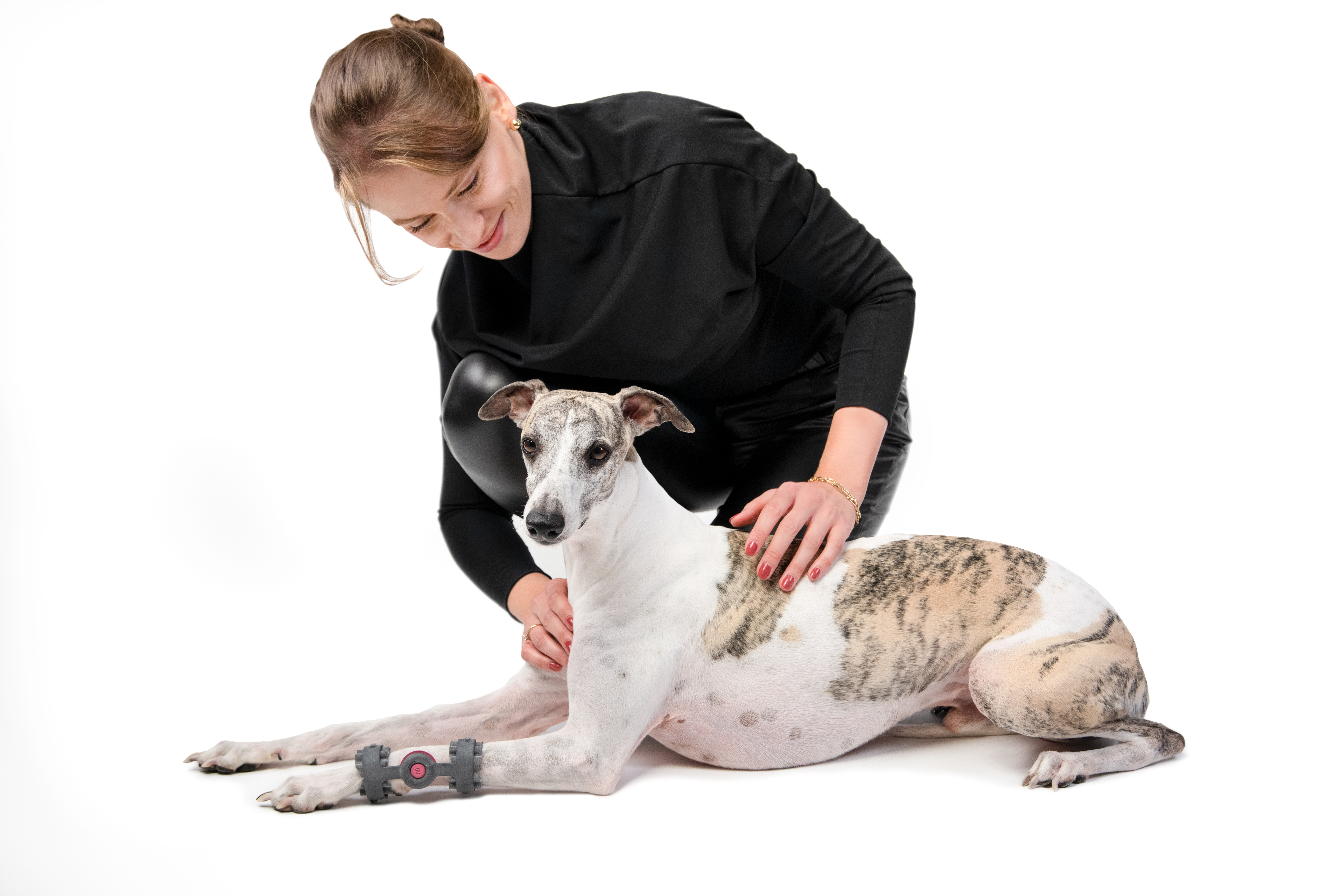 Featuring interchangeable coloured tokens, the orthosis allow for different functions as well as a treatment roadmap tailored to a pet’s individual needs.Wimba

“We’re working on a B2B basis and will be selling to clinics and vets, so while we won’t be able to set the final consumer price, we do aim to be affordable – ultimately, we want to help dogs so we are doing everything we can to be competitive in our pricing.”

The subject of mounting publicity, Wimba Ortho will make its international debut at the London Vet Show in mid-November, after which it will go on sale in Poland and the UK.

“We have big expectations,” says Kosch. “We’ve had a huge amount of interest from clinics and animal therapists and I think we’ve truly created a unique product that is widely needed.” 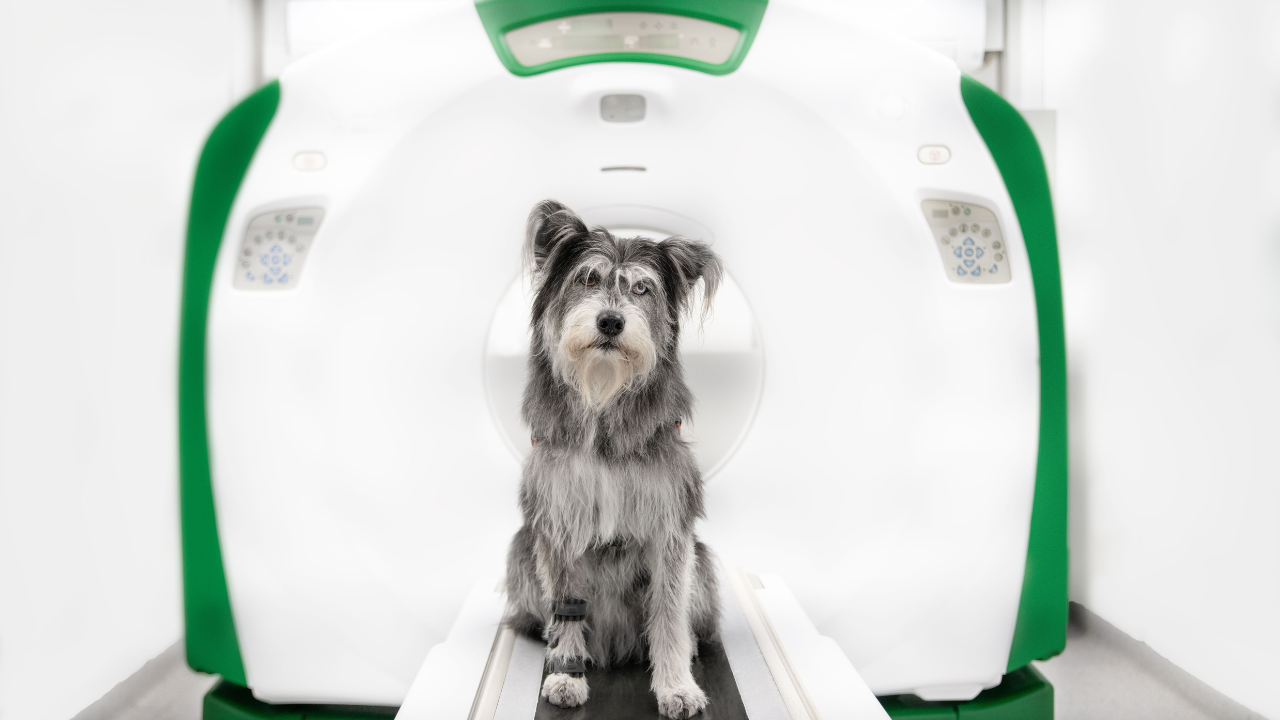 By monitoring the rehabilitation process, these can then be used to increase resistance so that the dog can rebuild its muscles in the most efficient way.Wimba

From a territorial point of view, 2023 will see Wimba Ortho made available across the EU and US in as many as 1,000 international veterinary clinics.

“From the tech point of view, we’re preparing other products,” adds Kosch, “and we’re anticipating the full launch of six new products by the end of next year.”

Among others, these will include state-of-the-art prosthetics as well as shoes designed to protect an animal’s paws from extreme heat and cold.