The World Is Not Enough: The street artist who created his own country – and now everyone wants to live there

His recoil military jacket is paint spattered and there’s a craft beer in his hand; in front, a voluminous, tattered sketchpad filled with random ideas and doodles of monsters. At twenty-eight years of age, Dawid Majgat doesn’t stand-out as standard ambassador material, but then again, neither is there much typical about the state he represents.

Formed in the summer of 2016, Republic ¥ is the country you never learned about in school, and Majgat its self-appointed diplomatic voice. A masters graduate from the Faculty of Fine Art in Toruń, the formation and subsequent development of Republic ¥ is what this artist describes as his life’s work.

“Republic ¥ is an imaginary country that I created,” explains Majgat, “a post-colonial state in the middle of nowhere inhabited by monsters – representing all aspects of human nature, these monsters are my tools and language; their absurd world acts as a sandbox, giving me freedom to work in different medias such as paining, illustration, design, animation, and film, while by creating the culture and history of this land, I’m able to freely comment on everyday issues such as history, politics and eternal human values. Following the idea that every person has an inner monster, the project is bound together by monst-art aesthetics and the concept of the colonial state.” 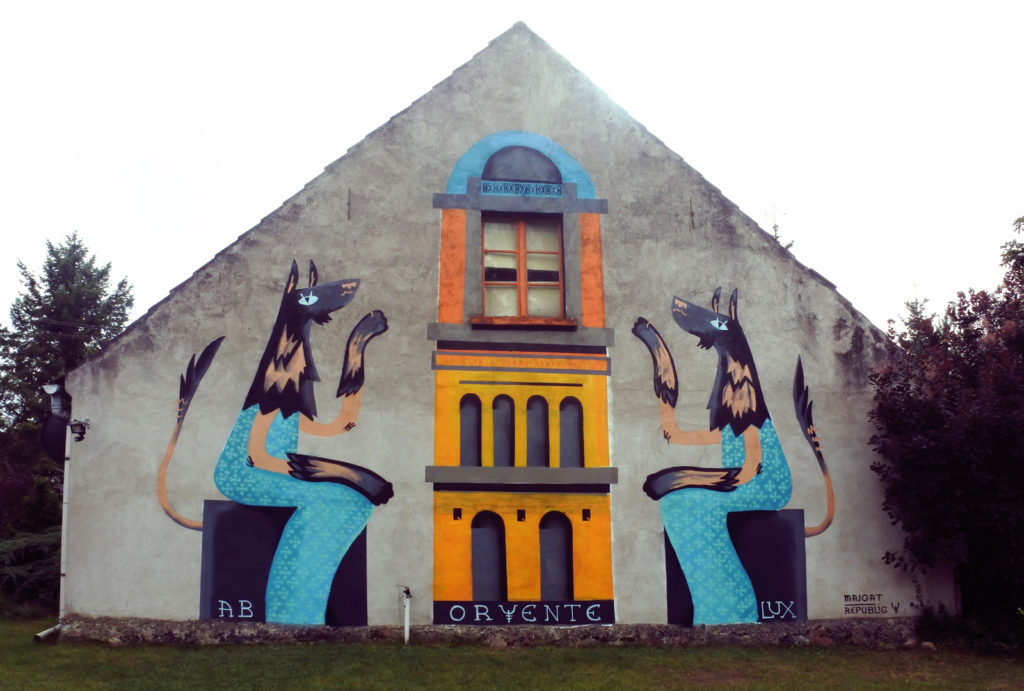 Yet if Majgat’s monsters form the most overt visual aspect of this fantasy land, just what is the deeper meaning of Republic ¥? “The big artists have always illustrated the times they were living in,” answers Majgat, “and Republic ¥ is my way of doing that. ¥ itself has so many different connotations: first, I myself am part of Generation Y; secondly, you can interpret the symbolism of ¥ as a comment on the Chinese Yuan, a currency that’s trying to usurp the dollar as the world’s dominant force; then, of course, Y also sounds like Why? Y is a letter that asks questions, much like I hope my art ask questions about reality.”

Raised in Gorzów Wielkopolski, Majgat’s career path reached a fork on graduation. “Like all art students,” he says, “I had to make the decision between entering reliable employment such as graphic design or pursuing the life of an artist.” With a few modest sales already under his belt, Majgat chose the latter. Naturally almost, Warsaw called, with the Polish capital serving as an early springboard for the beginnings of Republic ¥. “I saw it as a city of movement and noise, and experiencing that first-hand gave me energy,” says Majgat, “living there, I felt like I’d found my roots and I harnessed those feelings to create Republic ¥.” 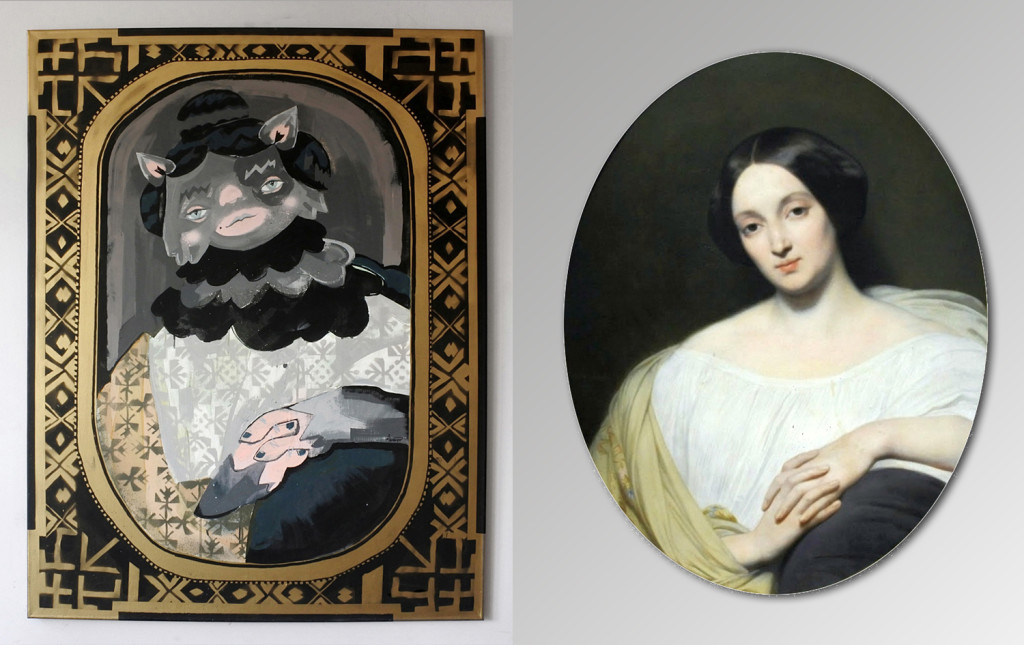 Warsaw, however, was but the first step in a journey that has since taken Republic ¥ across the planet. Teaming up with Dutchman Guido Boelman (“The Consul of Republic ¥,” says Dawid), it’s been under Boelman’s direction that this ‘cultural art adventure’ has grown wings and spread internationally.

“Our first foray abroad was to Tel Aviv last November,” says Majgat, “and since then we’ve essentially embarked on a travelling art tour.” Berlin, Chicago, Amsterdam, Utrecht, Bristol and London have all been chalked off in 2018, with trips to Madrid, New York, Helsinki and Australia already scheduled to follow both this year and beyond.

Specializing in ‘live painting’, Republic ¥ have happened upon a solid niche that has grown at pace. “By in large,” says Majgat, “we’re getting hired by creative industries in these countries that are seeking an on-trend way to get themselves noticed.” To date, clients have ranged from edgy East London cocktail bars and hip Chicago craft breweries to urban art festivals and Google’s recreation space in Kraków. 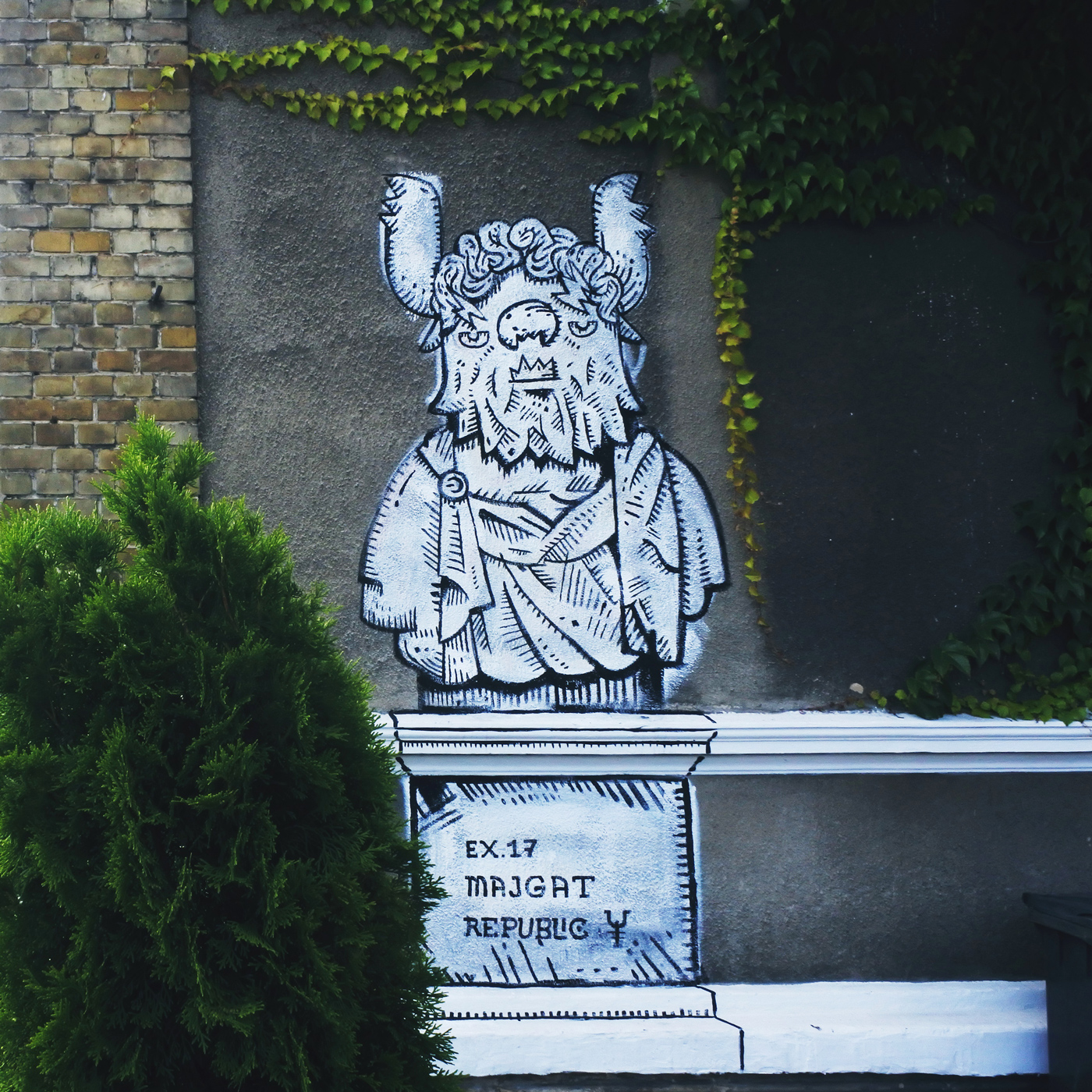 “Republic ¥ has always been rooted in street art,” continues Majgat, “so to us painting live seemed the next logical move. If time allows, we’ll visit the place beforehand to work out what really makes them special and what elements of that we can incorporate into our art, before returning to paint the walls or surfaces in front of an audience for three to four hours.” With his work only truly crystallizing in the final hour, crowds are kept guessing till the final reveal. “For them,” he says, “watching the art unfold becomes a game of what happens next.”

For the artist, painting in front of the public has opened the door onto new experiences that many otherwise lack. “Most visual artists work in isolation,” says Majgat, “so painting live is the polar opposite. In many ways, you’re performing, and that’s helped me develop my confidence as an artist. It’s not distracting in the least, and while I work from ideas that are already in my sketchpad, I tend to improvise and freestyle – if I can feel something going a little wrong, I simply reshape it accordingly. You have to think on your feet, there’s no time to start worrying.”

The reaction to the maverick art of Republic ¥ has been overwhelming, further cementing Poland’s reputation in alternative spheres. “I’d guess that Poland’s street art legacy stems from communism,” speculates Majgat. “During that era our cities were filled with big grey walls that looked sad and empty, but these have proved to be the best playgrounds for painters: the availability of this wall space has helped nurture the genre, and you just have look at the ‘open air galleries’ in places such as Łódź and Gdańsk for proof. Practically everywhere we’ve been, the people we’ve met in the street art community are already familiar with the names of many of Poland’s more prominent street artists, and in some instances even known them personally. Judging by the way people talk, I wouldn’t be afraid to say that Poland’s reputation in this genre is somewhere near the top.” 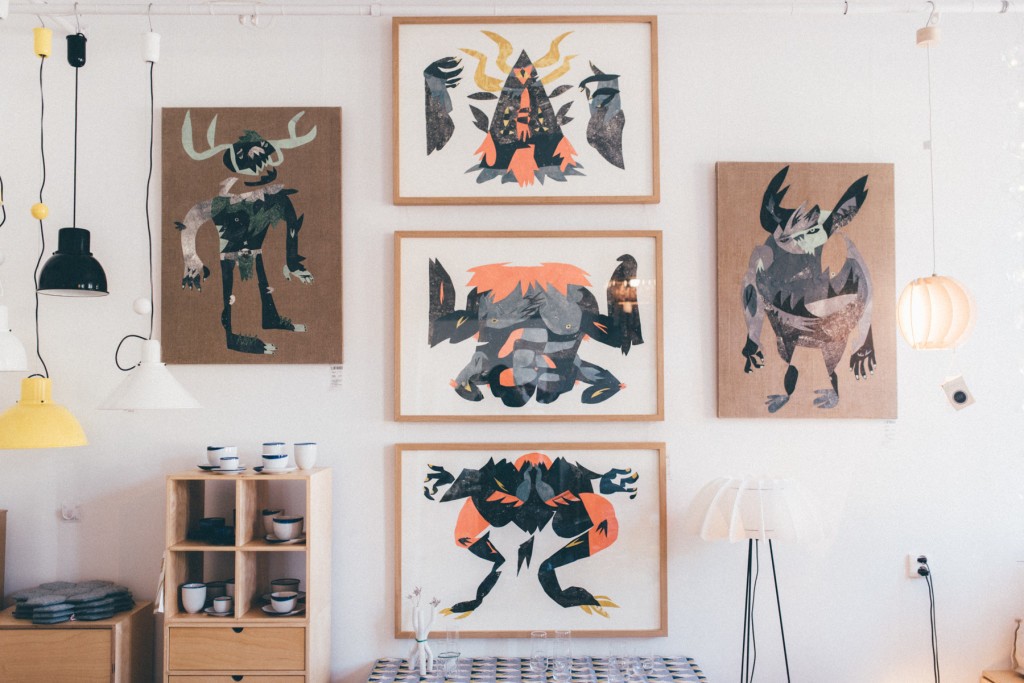 Majgat says that after graduation he had to make a decision between entering reliable employment such as graphic design or pursuing the life of an artist.Dawid Majgat

Plaudits aside, for Dawid the advance of his art is an intensely personal triumph. Basing the complex character traits of many of his monsters on people he knows, he’s found himself intimately bonded to many of his creations. “Some monsters are fictional,” he laughs, “but others are inspired by real people or, even, animals. For example, I had a cocker spaniel that died a few years ago - I’ve kept her memory alive through the medium of art. By turning her into a monster called ¥awa, I’ve been able to leave a little piece of her across the world.”

But the world, it seems, is not enough. Plans to organize a street art festival in Utrecht are already in the pipeline, while ultimately, Majgat’s ambitions envision a factory spawning his little monsters to populate the globe. “Developing the brand to expand into video games, fashion, action figures and whatever else fits the monster-ish narrative is the long-term dream,” he says, and it’s a dream that could yet become reality as Majgat’s little monsters continue their relentless global conquest.

For more on the artist: republicy.com