Relations between Warsaw and Moscow have hit a new low following the removal of the Polish flag from the Polish War Cemetery in Katyn.

On Friday, Smolensk mayor Andrei Borisov posted on social media a photo of the memorial site showing a Russian flag next to the empty flagpole.

Alongside the picture he wrote: "I will express my opinion - there can be no Polish flags in Russian memorials.

“Especially after these anti-Russian statements by Polish politicians.”

He added: “The culture ministry of the Russian Federation made the right decision by removing the Polish flag. Katyn is a Russian memorial.” 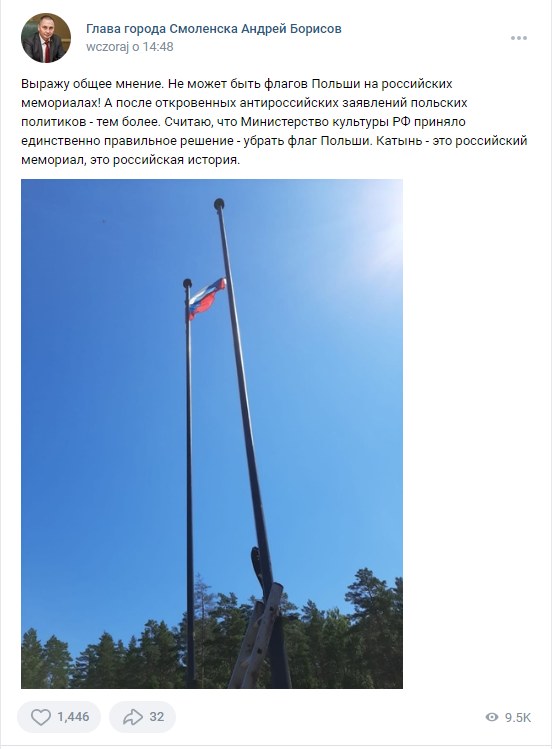 Alongside the picture he Andrei Borisov wrote: "I will express my opinion - there can be no Polish flags in Russian memorials.Andrei Borisov/VK

Local media also reported that flags at the Mednoje memorial in the Tver region had also been removed.

Special forces minister Stanisław Żaryn said: “The removal of Polish flags from the cemeteries in Katyn and Miednoje is another act of hostility by the Russian Federation, and at the same time an element of the anti-Polish campaign conducted by the Kremlin for many years.”

He continued: ”The decisions of the Russian authorities prove that Poland rightly diagnoses Russian actions as a policy of deliberate confrontation with the countries of the West.

“Our NATO partners have received further evidence of the correctness of our judgments. Russia remains interested in further escalation of relations with the West. 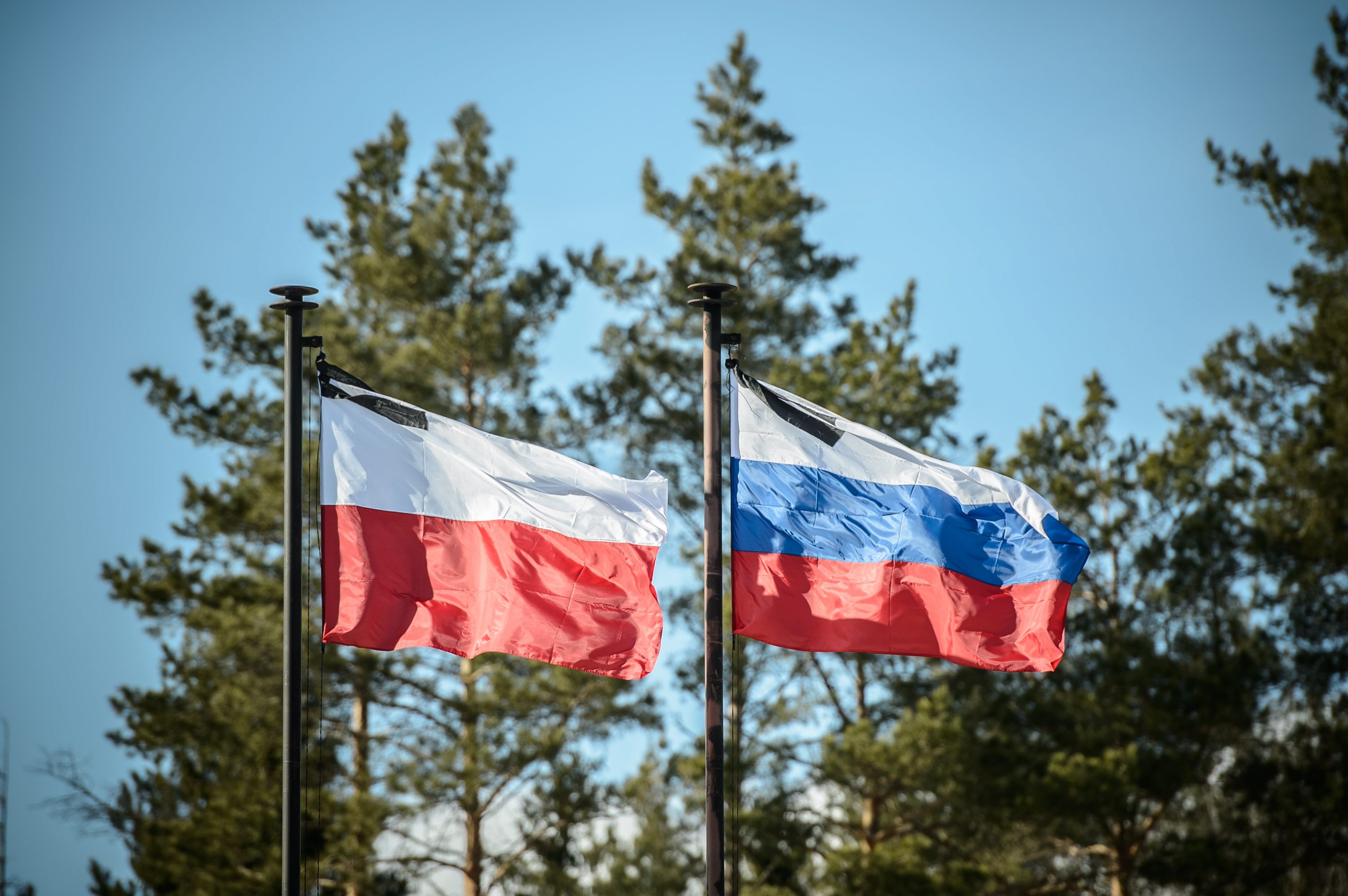 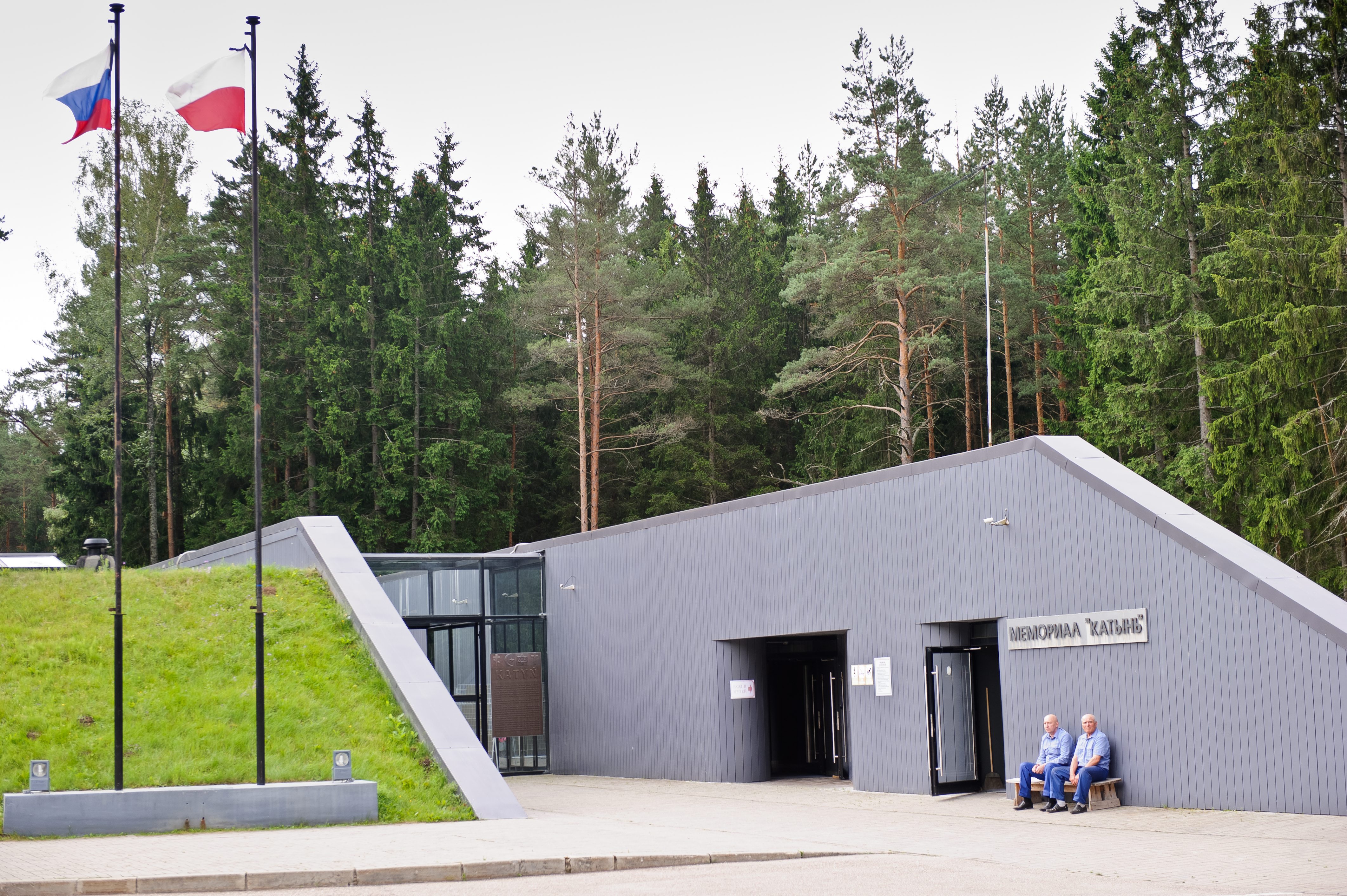 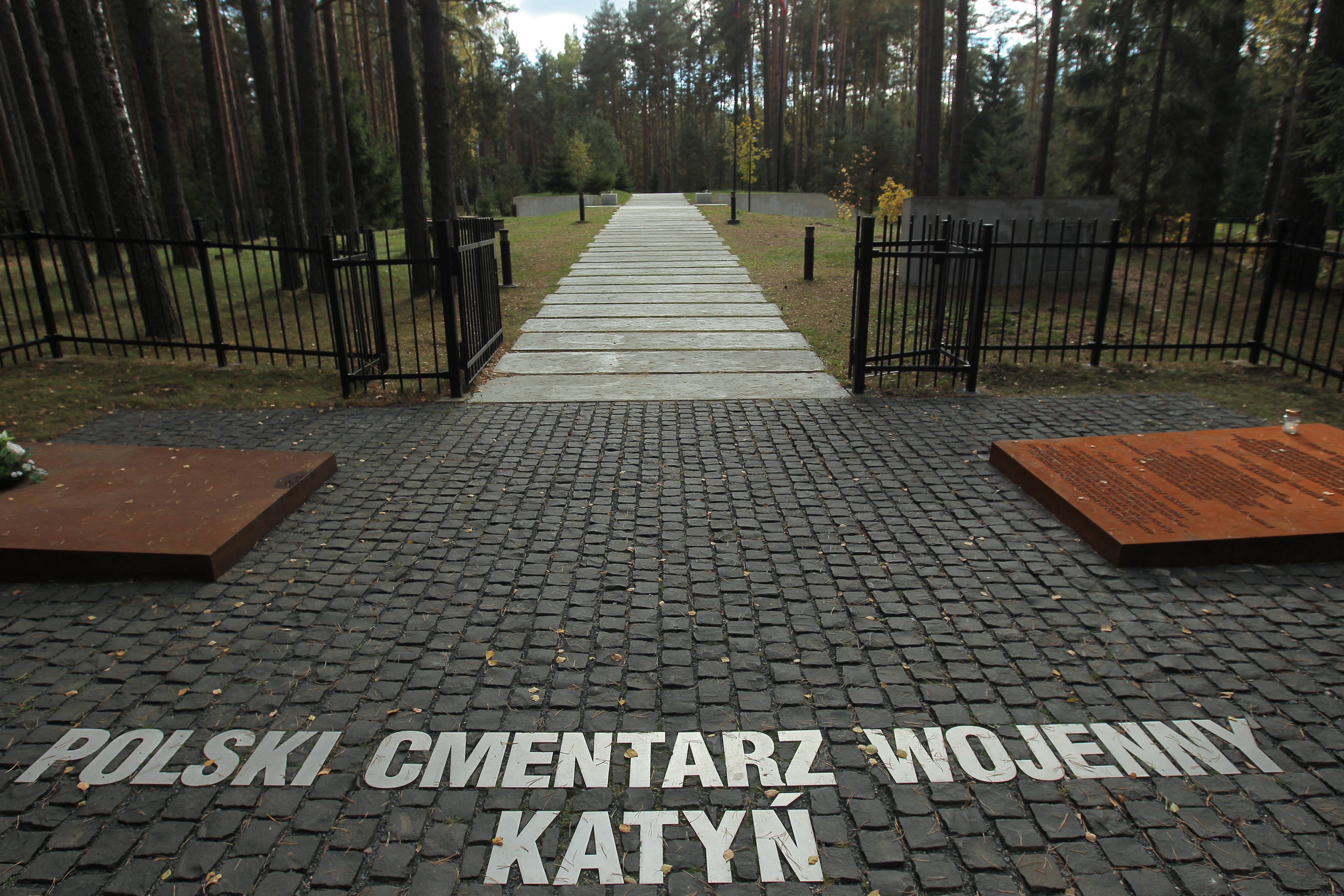 The Katyn memorial was erected in memory of the 25,000 Poles massacred by Stalin's secret police in a forest near Smolensk in 1940.Radek Pietruszka/PAP

“The actions of the Kremlin have been aimed at Poland for years.

“A country such as Russia is and will remain hostile to Europe. The latest act of hostility only confirms this recognition.”

The Katyn memorial was erected in memory of the 25,000 Poles massacred by Stalin's secret police in a forest near Smolensk in 1940.

The Soviet Union had long denied responsibility for the killings, accusing Germany of the crime, before admitting the truth in 1990. 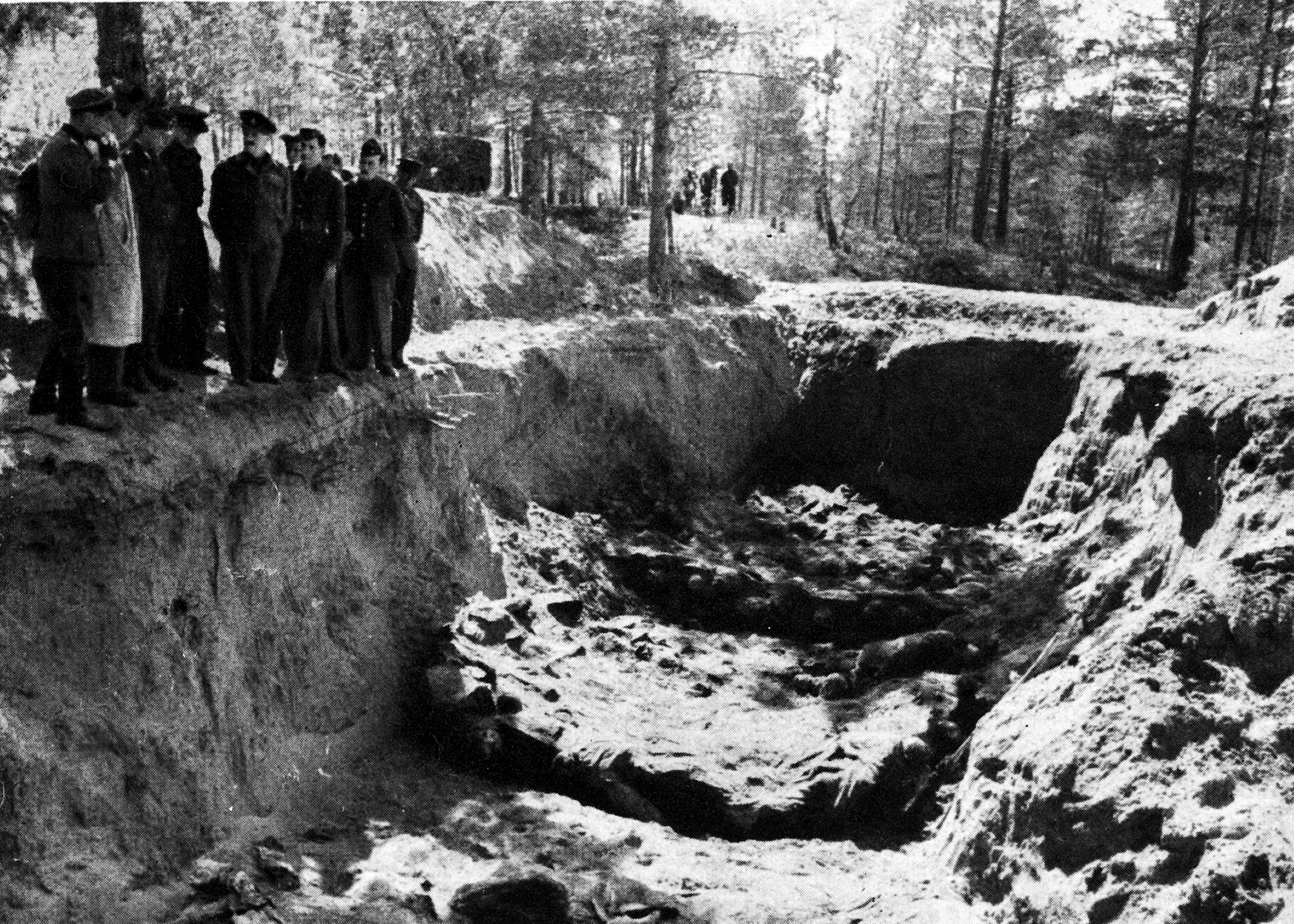 The Soviet Union had long denied responsibility for the killings, accusing Germany of the crime.PAP

In 1994, an exhumation carried out by Polish specialists confirmed the burial place of the murdered prisoners.

The episode poisoned already hostile relations between Russia and Poland.

The memorial sites are managed by the Museum of Contemporary Russia.

Poland’s Deputy Minister Marcin Przydacz said on Polish Radio 24 that the removal of the flags was ‘unacceptable’ and “proved the lack of a civilised approach to the memory of the murdered people.

He added: ”Adequate respect should be a standard of civilisation.”