Ten out of Tleń: The First News goes to the east of Poland to explore a hidden gem

Take the road to Tleń and you follow in history’s footsteps. Napoleon and his Grand Armee took the same road on their way to destruction in Russia in 1812, crossing the River Wda before skirting a small wooded hill, where, according to legend, the emperor stood to review his troops, and then on and eastwards.

Tleń, itself, lies roughly in the middle of the Tucholskie Forest, a huge and sparsely populated area of lakes, woods and rivers roughly bordered by the Wisła to the east and the Bory Tucholskie National Park to the west. It is also one of the area’s tourist hotspots. The Wda, unlike in Napoleon’s day, is now broad and so attracts kayakers eager to explore the many islands and wooded inlets that boast few signs of human habitation.

Another reason to visit Tleń, judging by the crowds, is Przystanek Tleń, a restaurant and 18-roomed guesthouse that boasts probably one Poland’s smallest and most certainly one of its most picturesque breweries. Overlooking the Wda at the foot of Napoleon’s hill it is now in its fourth year and produces around 12 different beers, which can accompany the happily large and tasty portions of food that spring from the kitchen.

But, to be honest, to call Tleń a hotspot, is something of an exaggeration. While the village can be busy at times it is not overrun by holidaymakers, even on a hot June national holiday. In fact the whole area seems somewhat ignored by the crowds who seem to prefer to head north to the coast or east to the Mazury lakes. Roads are empty and all appears uncrowded and uncluttered.

Take, for example, Lake Stelchno in the forest’s south-east corner. Lined with reeds and woods, it has a first-class official water purity rating, which means that it is a tranquil haven to a dazzling abundance of wildlife from diving birds and freshwater crayfish to countless fish. Despite these attractions, if you take a kayak out on the lake you encounter nothing more than the odd rowing boat holding a solitary fisherman. No people, no crowds and no noise other than the wind and birds.

The lake was next to my basecamp Osada Słomiany Zapał, where I had rented a two-bedroomed cottage made of straw and clay. While staying in a house made of straw may make you worry about the big bad wolf the material provides excellent insulation, and so you don’t have to contend with the oven-hot temperatures that your average wooden holiday cottage can hit during the summer months. 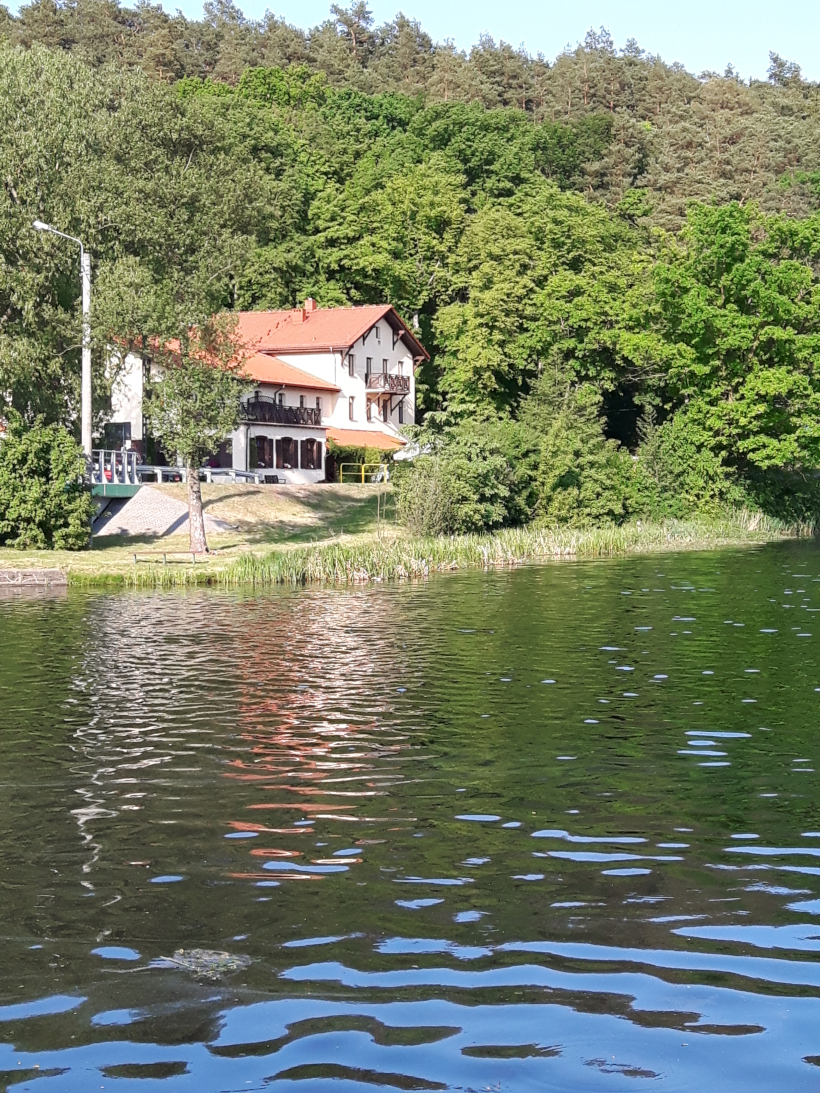 Head north from Stelchno—and for a while taking Napoleon’s road again—and you will come to the Bory Tucholskie National Park. Covering just 46 square kilometres it is one of Poland’s smaller national parks, and comes shrouded in forests and meadows. The odd road that passes through the park provide only fleeting glimpses of the 20 plus lakes that litter it before the forests close in again. So to get to know the area better it is best to take to the 87 kilometres of trails that weave their way over through the trees and over streams and rivers to the lakes.

Touring the area I noticed that some of the signs posts announcing the name of villages come in two languages: Polish and Kashubian. It comes as a surprise to see signs in two languages given that Poland is so monolingual, but the area around the park is home to some of the country’s estimated 108,000 people who use Kashubian, a west-Slavic language, as their mother tongue. So the little village of Męcikał, for example, which lies in the east of the park on the banks of the River Brda, also goes by the name Macekoł.

The road back to Stelchno passed through farmland until it reaches the eastern fringes of the town of Tuchola where it darts back into the forest and heads towards Tleń. Villages and fields are few as you zip through the trees, and once again you notice just how empty the region appears to be in comparison to the parts of Poland that lie more on the beaten tourist trail.

While undemanding the journey took time and even with the air conditioning on the summer heat still seeped into the car. So when I got back to the clay and straw house I scampered a 100 hundred metres through a field and on to small wooden jetty.

From the end of it I dived into the clear, warm waters of Stelchno. Diving birds, ducks and swans went about their watery business but other than them all I could see were the woods, the sky and the sun as set behind the trees of the lake’s eastern shore. Not a bad way to end the day. 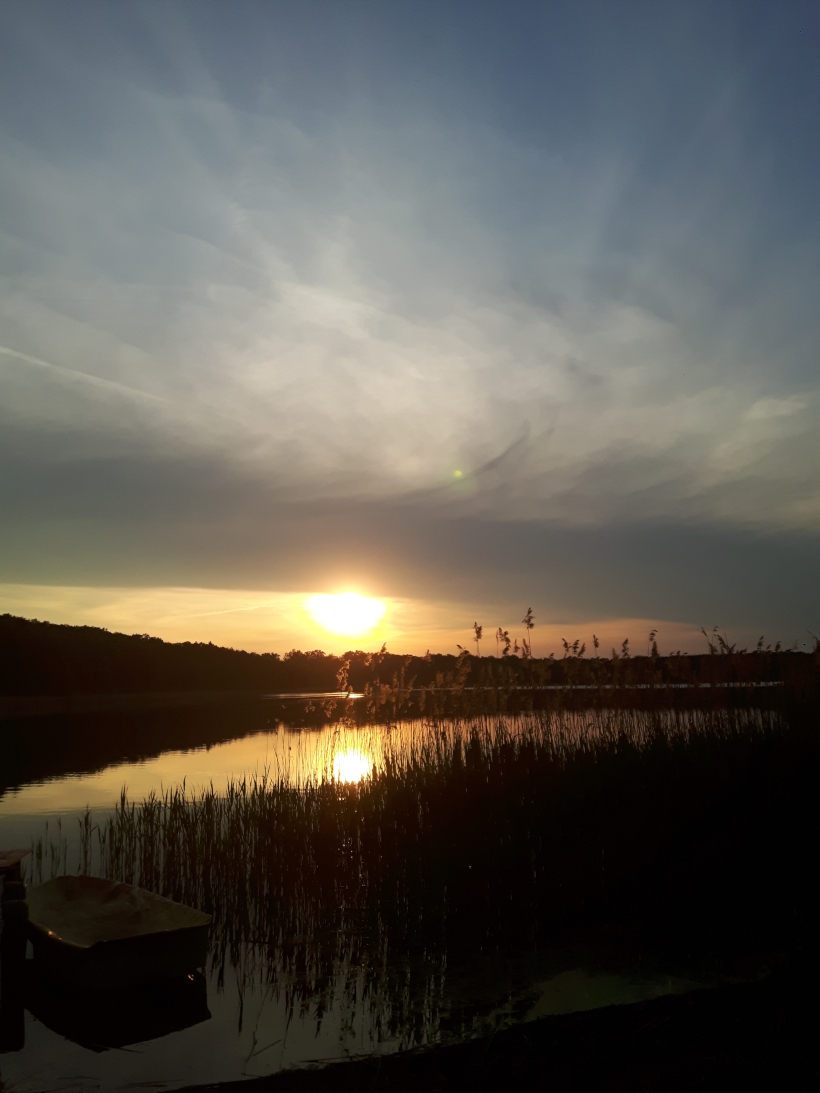 The End Of A Perfect Day
(Matt Day)