Lipce Reymontowskie is the symbol of the Polish countryside. It was here that that Władysław Reymont set his novel ‘The Peasants’, for which he was awarded the Nobel Prize for Literature in 1924. And it is here where every year the village’s enthusiasm and pride in its links to the great writer are given expression in Reymont Day, which it is celebrating today.

The village on the Warsaw-Łódź railway line hosted the Polish Nobel Prize winner for three years, when he worked as a railwayman. Reymont was a sharp observer of the rural community he lived with. Enchanted by the local folk culture, he set everything down on paper years later in his novel. 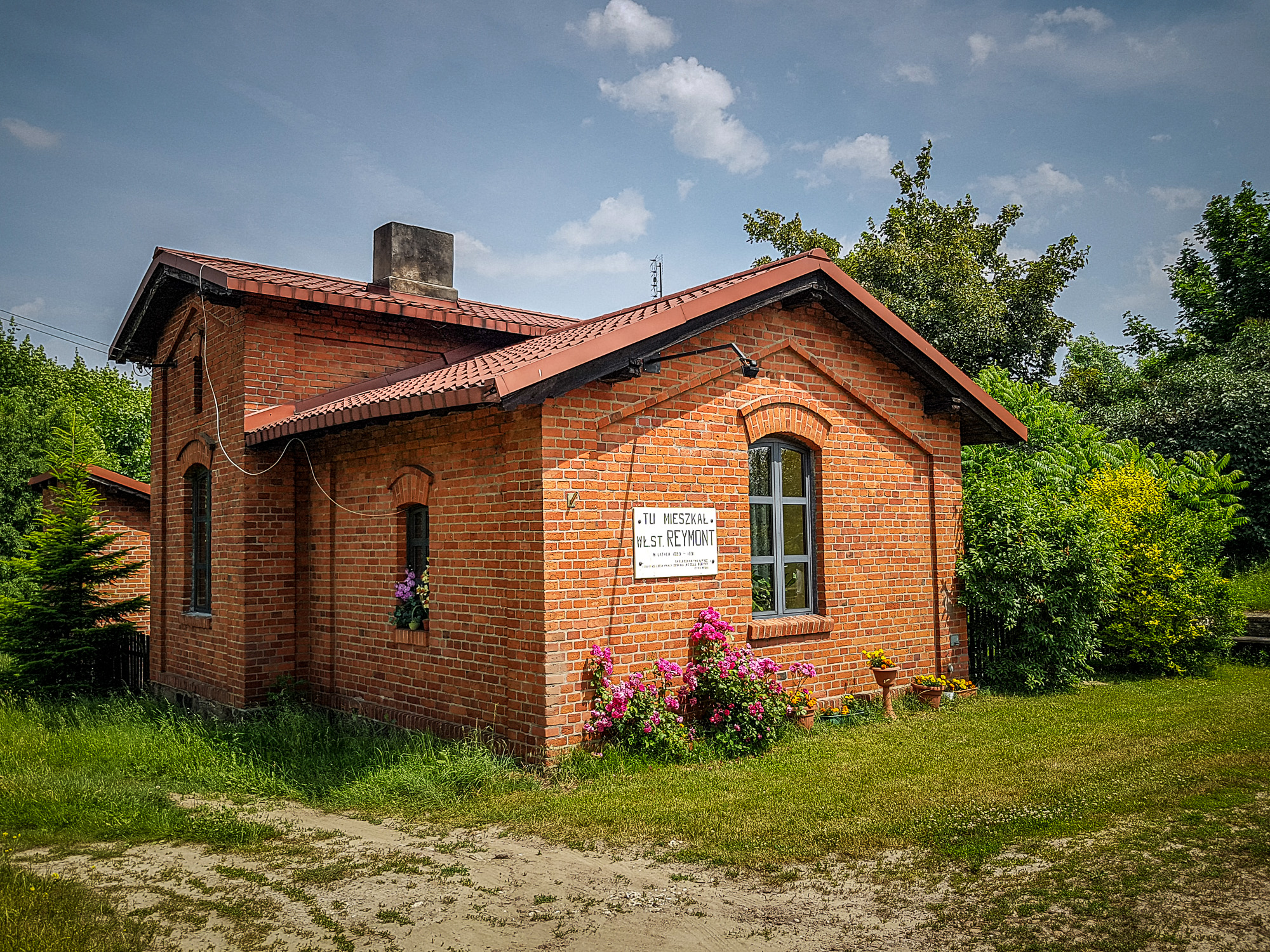 Ground zero of the writer’s cult in the village, the Railwayman’s House, where Reymont is said to have lived from 1888 to 1891.Kalbar/TFN

Its importance in Polish culture is hard to overestimate as it provides a beautiful yet often coruscating collage of the traditional Polish village at a moment when the old ways were being shed in favour of modernity.

Firmly established in the canon of Polish literature, the novel is taught in schools and it’s a safe bet that most of the pre-smartphone population will be familiar with its much-screened TV adaptation from the 1970s.

It’s no surprise then that this otherwise somnambulant village would seek to make the most of its links to the eminent writer and his work. Evidence for this is not hard to find. In 1982, Lipce, as it was called then, changed its name to Lipce Reymontowskie, though the name goes back to 1945 when it was given to the new station in the village on the main line to Warsaw. 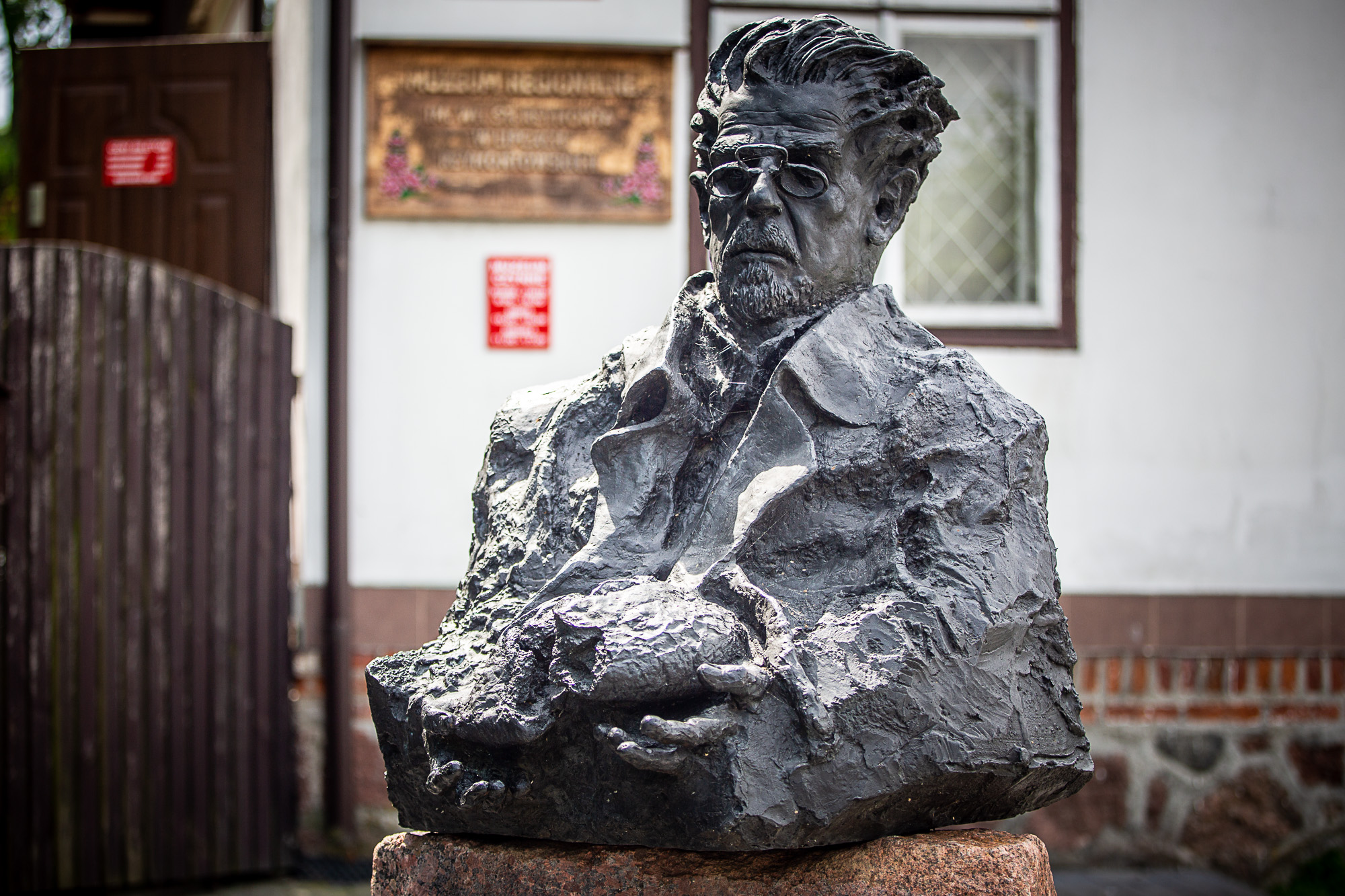 The village makes the most of its famous former resident.Kalbar/TFN

The Reymont cult reaches a peak each year on Reymont Day, and at the heart of these celebrations is the director of the Reymont museum Jerzy Murgrabia.

The retired colonel seems to pop up everywhere in the village if it’s connected to Reymont. He heads the local Reymont committee, he’s at the centre of attempts to raise a statue to the writer and has set up a Reymont Trail for tourists who visit the village. 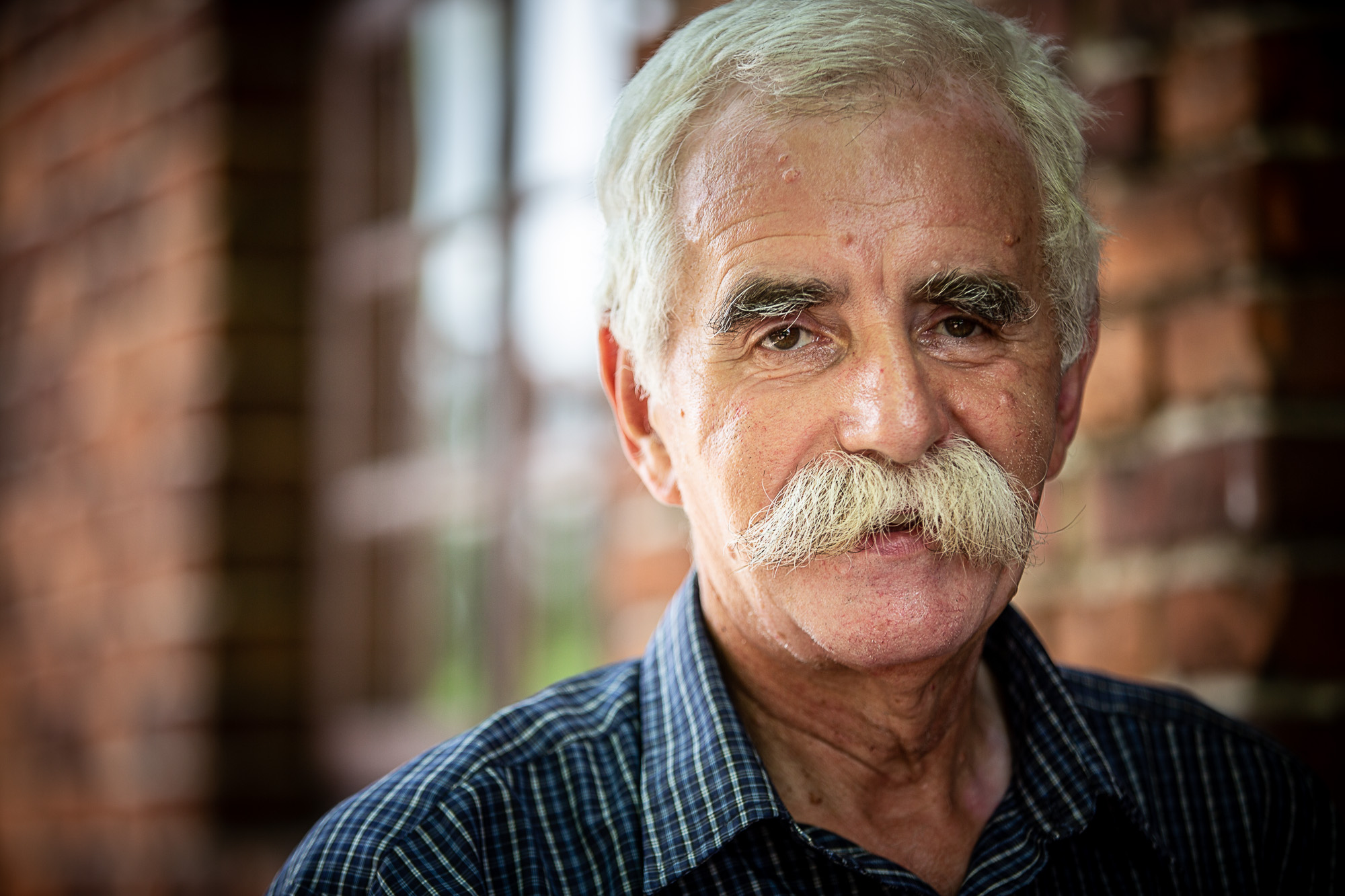 Reymont fan and director of the village’s museum, Jerzy Murgrabia.Kalbar/TFN

In parade-ground style, he marches us from one exhibit to the next, providing information on a strictly need-to-know basis. The old soldier clearly eats, sleeps and breathes Władysław Reymont, yet penetrating his armour to extract the motivations and back-story to this passion proves impossible.

Mr Murgrabia’s guidance is much appreciated though, as he takes us to the ground zero of the writer’s cult in the village, the Railwayman’s House, where Reymont is said to have lived from 1888 to 1891.

The house sits next to the railway line at the end of the Reymont Trail. The new Pendolino locomotives that blast past at great regularity illustrate well the changes that have taken place since Reymont’s time. 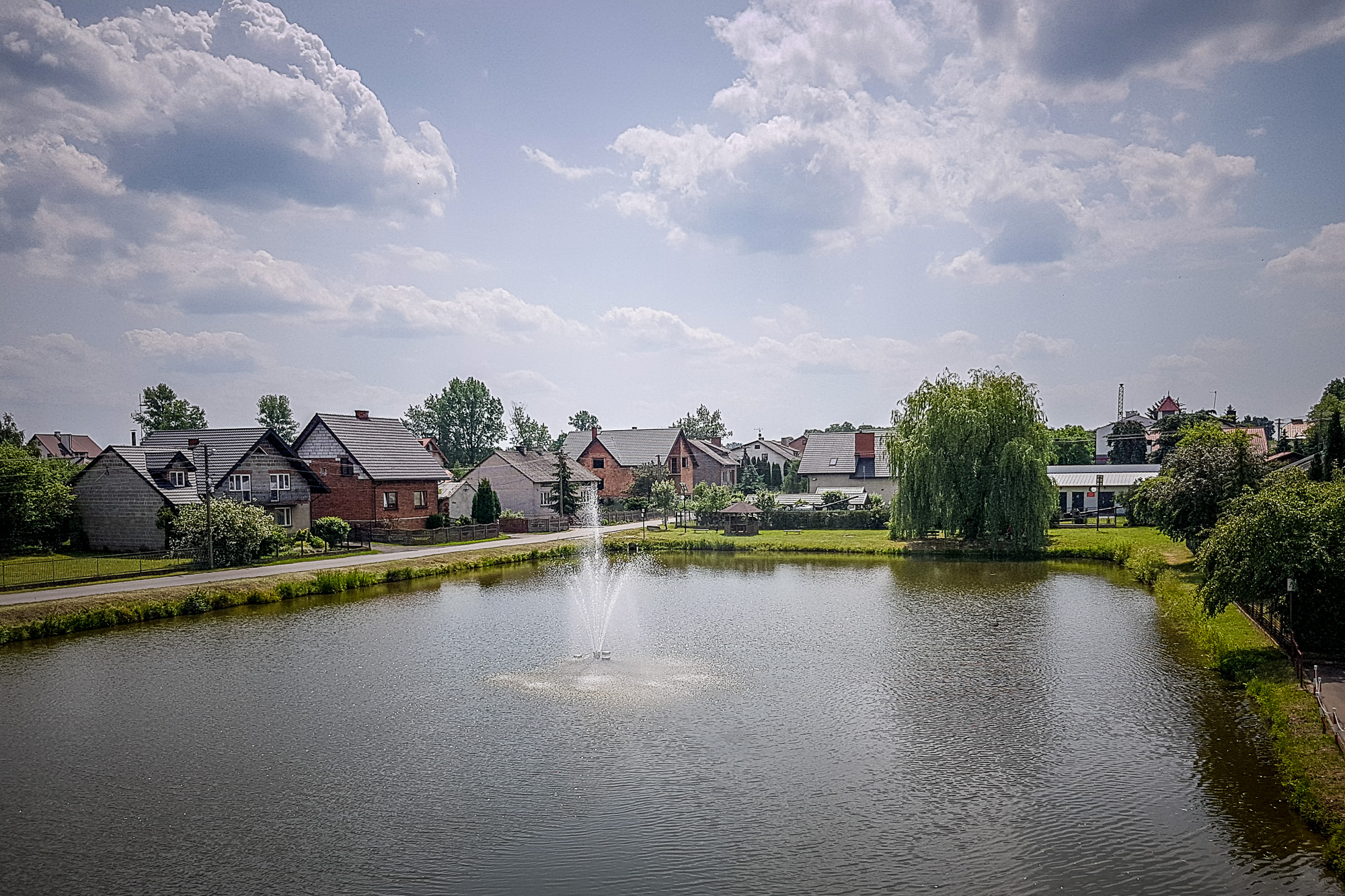 Reymont once worked on the railways, and the village still stands on the Warsaw-Łódź main-line.Kalbar/TFN

His job was to supervise a team that made sure the railway line was clear at all times. For this he received sixteen roubles a month, a pitifully small amount that he spent mostly on books and magazines. In fact he took such poor care of his personal needs that ended up in hospital for a while with a starvation related condition.

He was supposed to walk up and down the 12 kilometres of track he was responsible for every day. However, known among colleagues as a skiver, he would ensconce himself in the village hostelry, where he could observe village life. It was here that deals were sealed over a drink, where scores were settled and where the lives of the local peasantry unfolded in full view of the village. 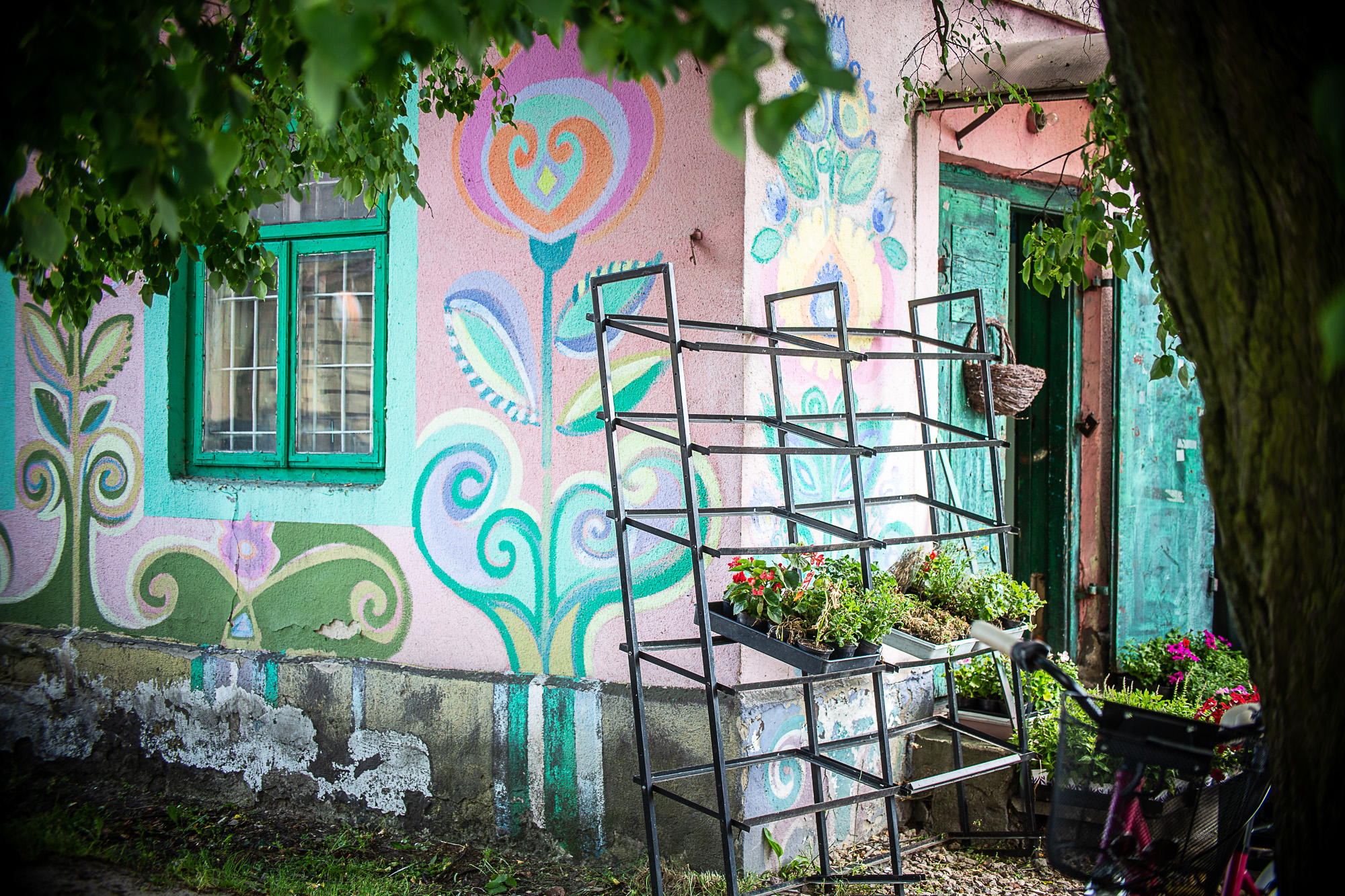 Despite the sharp march of time the village retains an old-world charm.Kalbar/TFN

Reymont drank all this in and he made copious notes. In fact his penchant for extended writing was noticed by his railway superiors. One day, there was accident on the line when a train ran over a man. Reymont filed his report, but it was sent back by his boss with the note: “I'm returning your novel. Please send a brief report instead!”

Despite the cottage industry that has grown up in the village around the Nobel Prize winner, some questions remain about whether Reymont actually lived permanently in the village or just spent the night there occasionally.

The controversy blows up in the local culture centre when we meet retired schoolteacher Anna Szulc, who is an expert on Reymont’s links to the village. 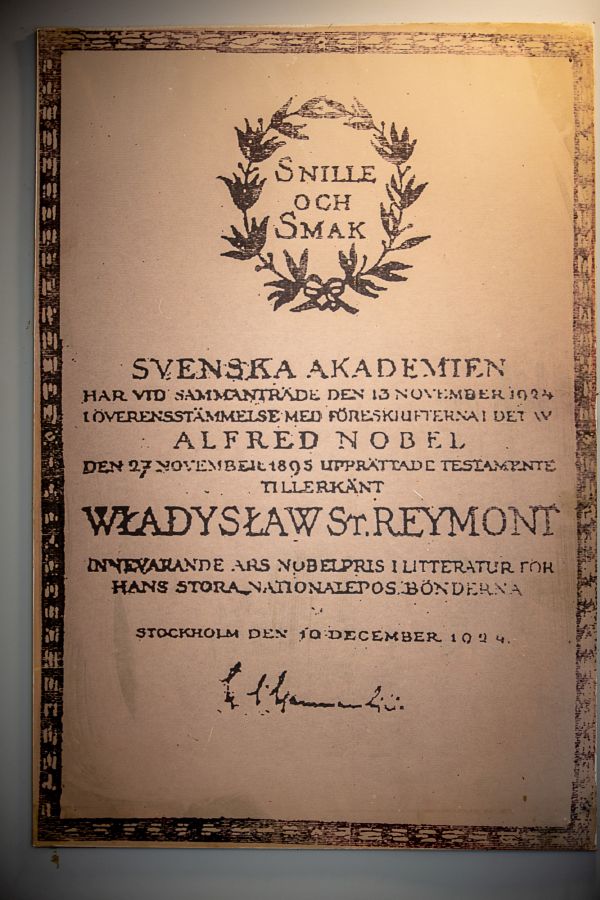 ‘The Peasants’ is a classic of Polish literature and provides an insightful and detailed look into village life over a 100 years ago.Kalbar/TFN

“According to researchers, he didn’t live here, he just stayed here sometimes,” she revealed. “Just before he left the area, he wrote to his brother that was leaving Krosnowa and not Lipce,” she added.

This is fiercely denied by local culture boss and organiser of the Reymont Day, Tomasz Milewski. “He lived here!” he responded assertively. 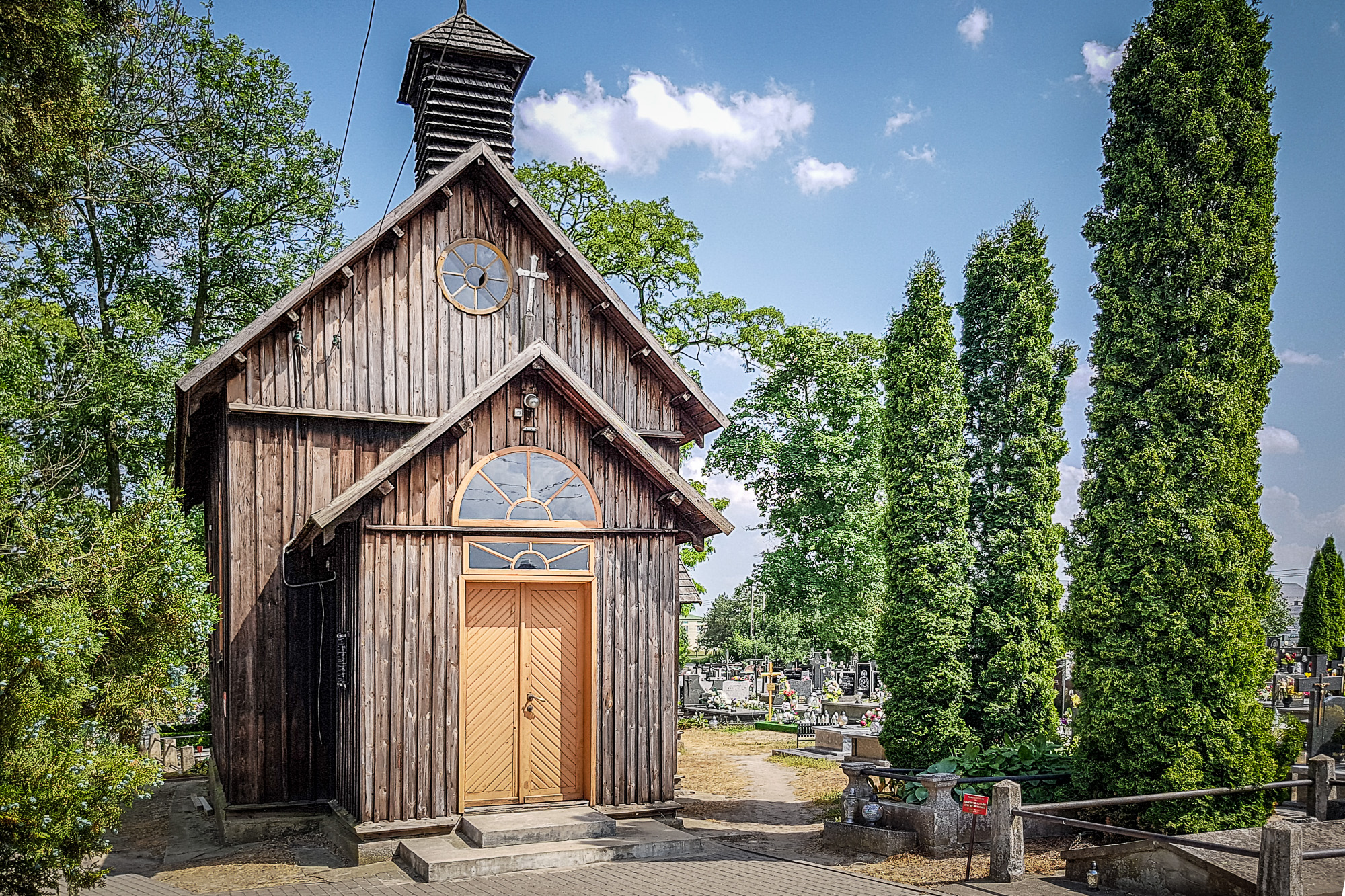 There is some debate as to whether Reymont actually lived in the village.Kalbar/TFN

It is certainly true that while he was working as a railwayman in the area he spent time living in nearby Krosnowa and Przyłęk Duży. Whether this excludes the possibility that he lived in Lipce is unclear. However, what is important is that he chose to spend his free time in Lipce, particularly in the village hostelry.

“He had the whole of village life in the palm of his hand there. It is where people fell out and then made up, it is where people celebrated christenings, name days and weddings,” says Szulc.

The reason why Reymont preferred to spend his free time in Lipce are tied up in the way peasant society was organised at the time. “In Lipce, the peasants had their own land, whereas in Krosnowa, they worked for a single landowner, so the people in Lipce were more confident, they were more effusive and obstinate, which made life more interesting and colourful,” she adds. 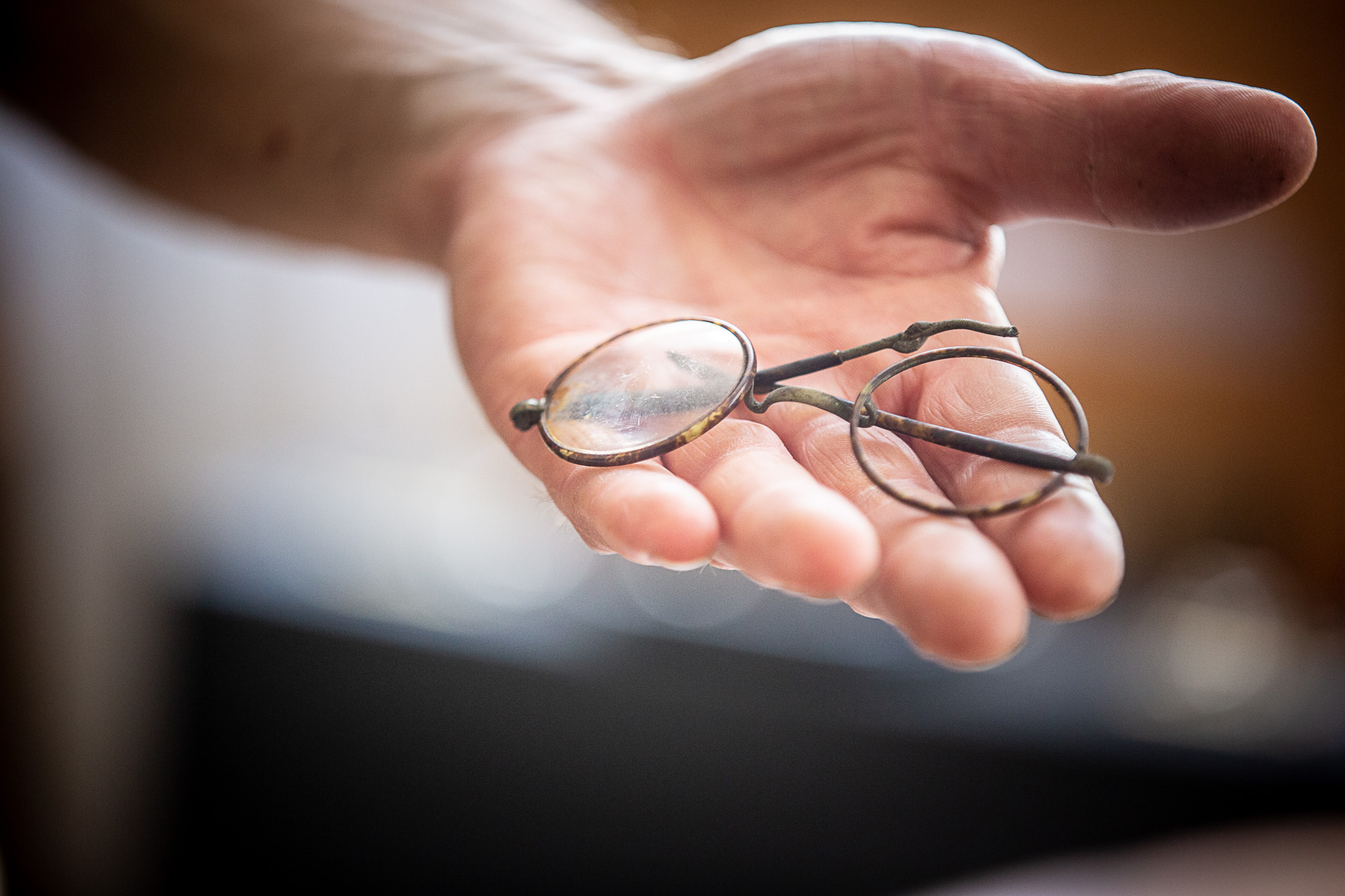 One of the exhibits of the village’s Reymont museum.Kalbar/TFN

Reymont sat on this material for around fifteen years before he wrote ‘The Peasants’, yet despite this expanse of time he lost none of the detail that makes the novel as much a work of anthropology as a classic story.

Szulc confirms this: “My grandmother was one of those peasants. When I started to read the novel I would ask her about some of the details. She said that everything that Reymont wrote was just like it was in real life.”

Though that life has now passed into history, Lipce Reymontowskie is the perfect place to feel, even if only for a moment, the atmosphere of Polish peasantry in the late 19th century.