A Polish artist is giving his portraits an added dimension by photographing the people who modelled for them beside his paintings, and the results are striking.

Born in 1976, Damian Lechoszest has been drawing since he was a child. During his studies at the Opole University of Technology, he attended painting classes at the city’s art college. These days, he lives in Baborów, a small town near the Polish-Czech border, with his wife and two children. 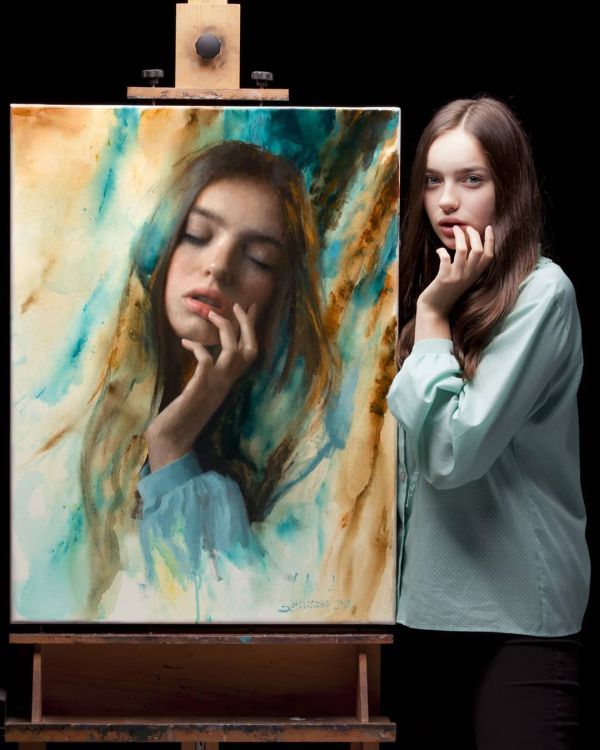 “With every painting I feel like a movie director,” says Lechoszest.damianlechoszest/Instagram

The slower pace of the Polish countryside can be sensed in his portraits, many of which depict people in rural settings or wearing traditional clothes. For example, one shows a small boy wearing a straw hat, a white rabbit on his lap, with the weathered boards of a wooden house or barn behind him. Another shows an older man baking bread in an old-fashioned oven, while a little girl beside him, who could be his granddaughter, watches joyfully.

Lechoszest has now gone a step further by photographing some of his portraits with the models beside them, and then sharing the result on his website or on social media. In these photos, some of the models are wearing the traditional outfit shown in the painting. Others are wearing ordinary clothes. 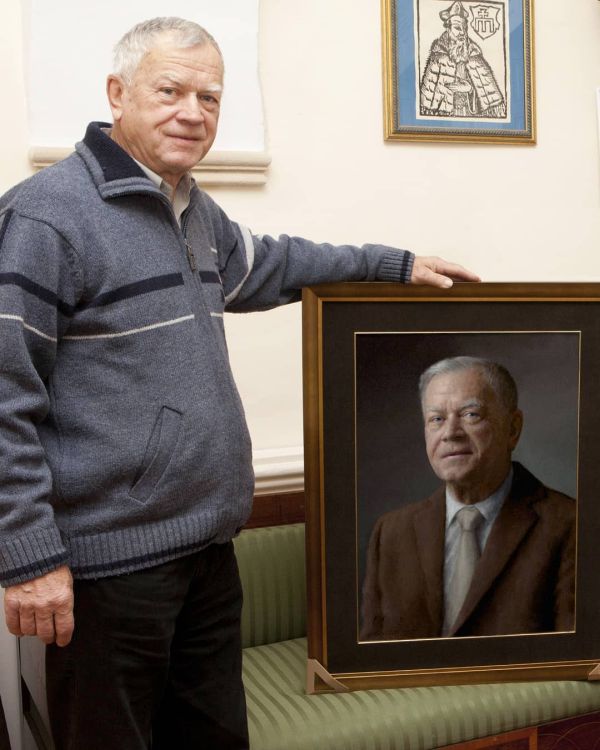 The pictures demonstrate the painter’s skill at catching the resemblance of the model.damianlechoszest/Instagram

By showing the models beside their portraits, the photos highlight Lechoszest’s skill as a painter – unlike with some painters, the portraits actually look like the people in them. In fact, the resemblance is uncanny.

The photos also add a dimension to Lechoszest’s work as a portrait artist. In some of his posts on social media, he explains how he painted a specific portrait, including the practical considerations that go into staging a specific scene. 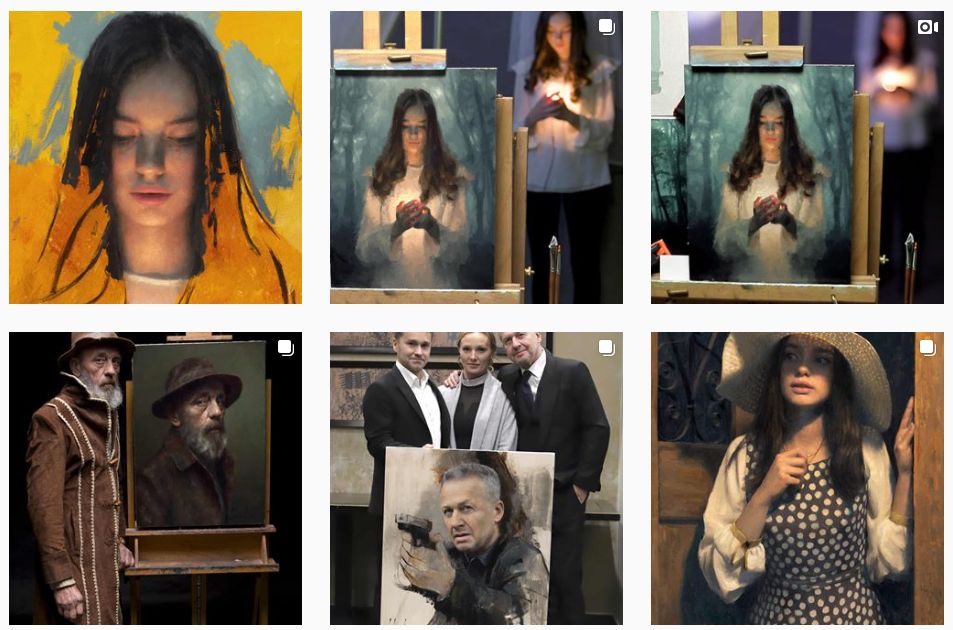 “First of all I had to take care about safety. So I turned the kerosene lamp into a warm LED lamp,” he explained in a post on Instagram.

“Secondly, the girl was too small to hold the lamp even for two seconds. So I hung the lamp on a string so the girl could rest her hand on the lamp,” he added.

He quickly took hundreds of photos of the scene, which he then based the portrait on, rather than counting on the child to stand still while he painted. 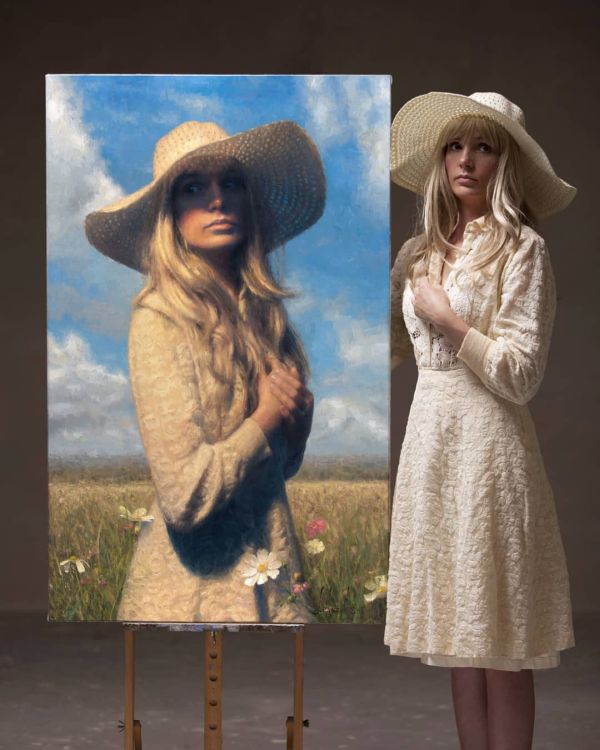 Many of his painting have an old-world feel.damianlechoszest/Instagram

“With every painting I feel like a movie director. The difference is that I do everything myself. Scenography, make-up, scenario, costumes, etc. I build every scene from scratch” he wrote in a different post on Instagram, which shows some of his large collection of objects that he uses to give his paintings their characteristic, old-world feel.