Take a walk on the wild side: TFN explores the ‘Queen of Polish rivers’ - the Wisła

To get a sense of how significant the Wisła (Vistula) river is for Warsaw, take a look at its coat of arms.

The shield depicts Melusine, the pan-European river goddess, who rose up from the river with sword in hand only to be cast in bronze as Warsaw’s eternal protector. The ‘Syrenka’ appears everywhere in the city: it’s even the symbol taxi drivers stick on their bumper bars.

The Wisła only exists within Poland’s borders, which is perfect for a country keen on building a robust national identity. Beginning in the Silesian Beskidy mountains as White Little Wisła and Black Little Wisła, which come together to form a thunderous force, she cuts across the land before spilling out into the Gdańsk basin, collecting considerable symbolical heft along the way. 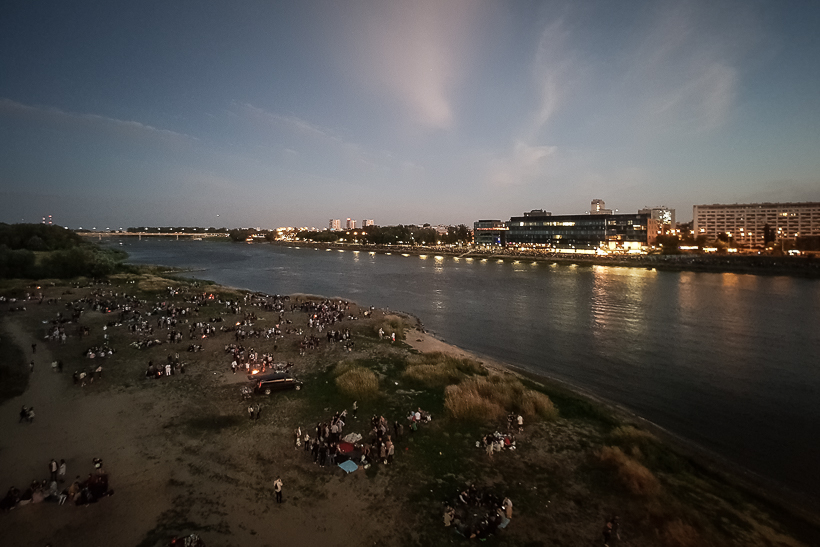 The Wisła is considered to be the 'Queen of Polish rivers'.
(Kalbar / TFN)

It was from the ‘right’ bank of the river the Soviet Army cynically watched the Nazi bombing of the city during the Warsaw Uprising before crossing the water to claim the city (and Poland) for themselves. In times of drought, the low waters still reveal train carriages from the Jewish ghetto as well as the abandoned aristocratic spoils of the 17th century Swedish sacking of Warsaw.

It is also central to the life of the city.

“The Wisła is a huge, capricious river and prone to flooding. It’s unruly and powerful and this has had a huge effect on the city itself,” says Senior Curator Jolanta Wiśniewska from the Praga Museum.

So difficult was it to tame the river, that for most of the city’s history the two banks remained unconnected, meaning the settlements on both sides developed independently of each other. Even the villa district Saska Kępa used to belong to the other side, before the river changed direction and formed a new land mass.

Nowadays, the river is still in everything Varsovians do: they get their water from the river, some of them get their fish from the river. The newly-renovated river boulevards are the only place you can drink alcohol publicly in Warsaw, while the wilder ‘right bank’ is a haven for bird watchers, keen on seeing woodpeckers, swans or cormorants. 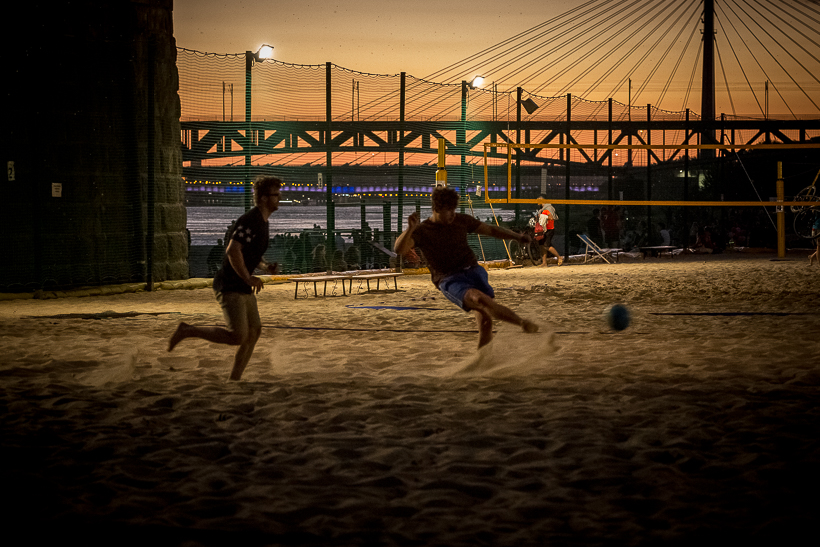 Varsovians flocks to its banks to fish, play and party.
(Kalbar / TFN)

In winter, commuters crossing the bridges can see huge bergs floating down the semi-frozen waterway, while in summer, the oppressive Warsaw heat draws everyone down to one of the only wind corridors in the area.

But it is its role as the ‘Queen of Polish rivers’ that carries symbolic weight. Having once been polluted by agricultural and industrial run-off, European Union funds have recently restored the river to the conditions it once enjoyed when it was part of the Amber Trail, carrying some of the most precious gems across Europe, and straight through the Polish heartland.

The Wisła is proud once more.

Judges hold 'March of a Thousand Robes' in Warsaw