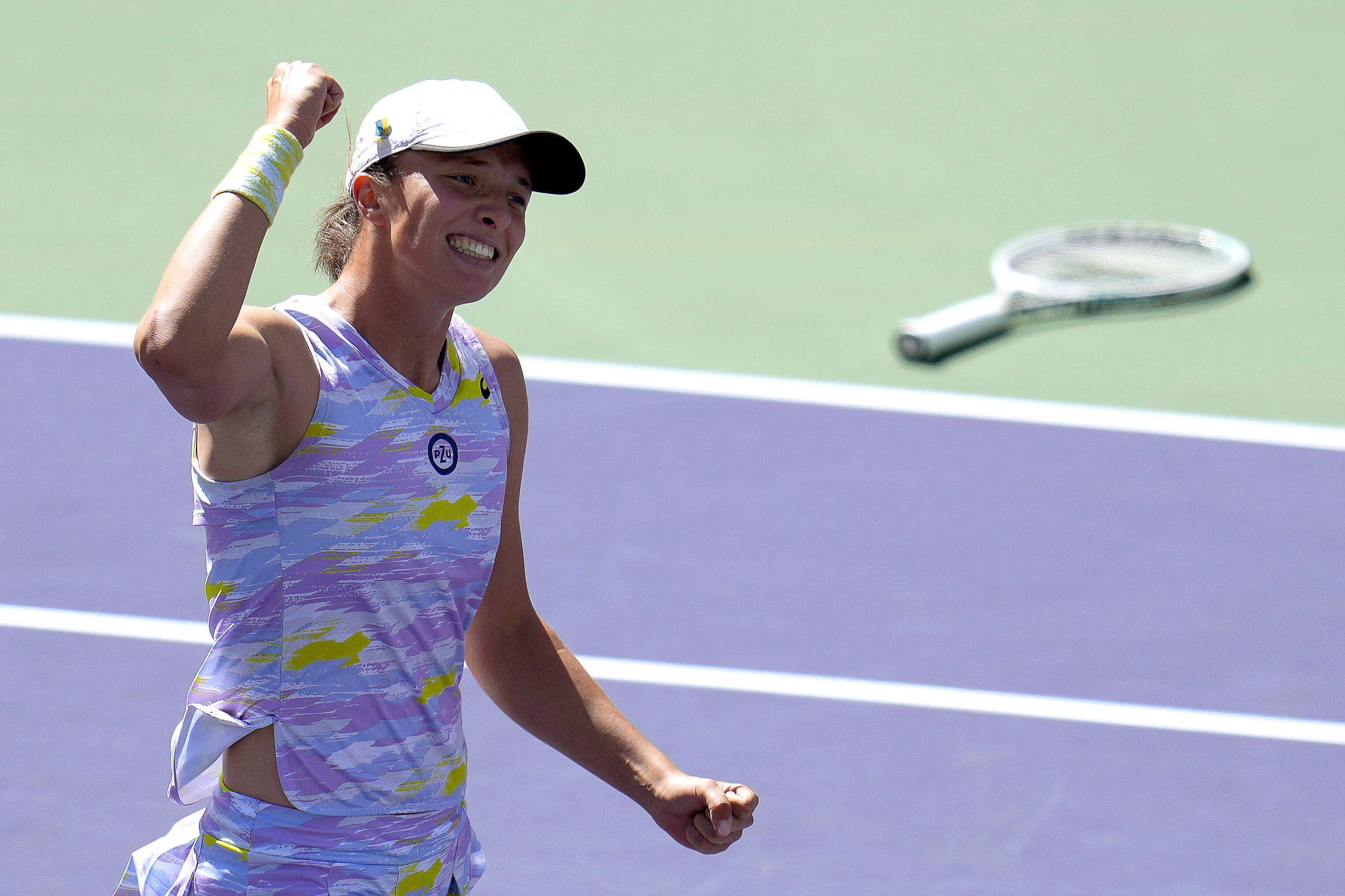 The victory was her fourth on the WTA circuit and her second WTA 1000 level title in the space of a month, and moves the 20-year-old Polish woman up to second in the world ranking, behind Australian Ashleigh Barty.