Robert Lewandowski has been voted the eighth best player in the world at the prestigious Ballon D’Or awards.

While the top place  was won by Lionel Messi for a record 6th time, Lewandowski came top in voting for both Germany and Poland.

The Ballon D’Or is the most prestigious individual award in football. Up to 180 sports journalists from around the world vote for the best footballer of the year, one from each country. 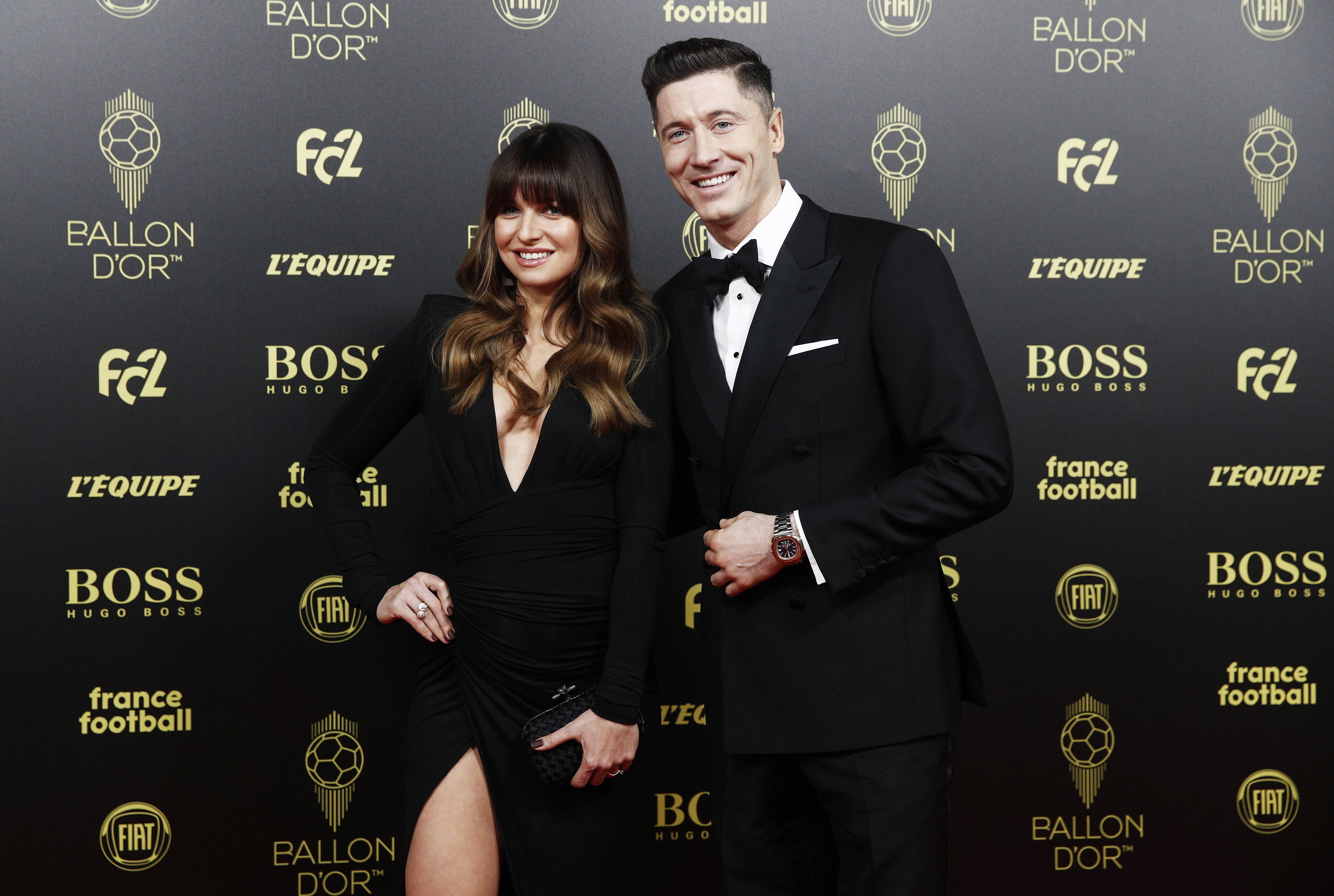 Writing on Facebook, the Number 9 said: “I am very happy to be considered one of the top 10 footballers in the world in 2019.

“Thank you for your support, it is the foundation that motivates me to work even harder to achieve the highest honours in the game, together with my teammates both in the Polish National team and at Bayern Munich.

“I set the bar even higher to achieve more. It was a great year, thank you! With your support I know that anything is possible. 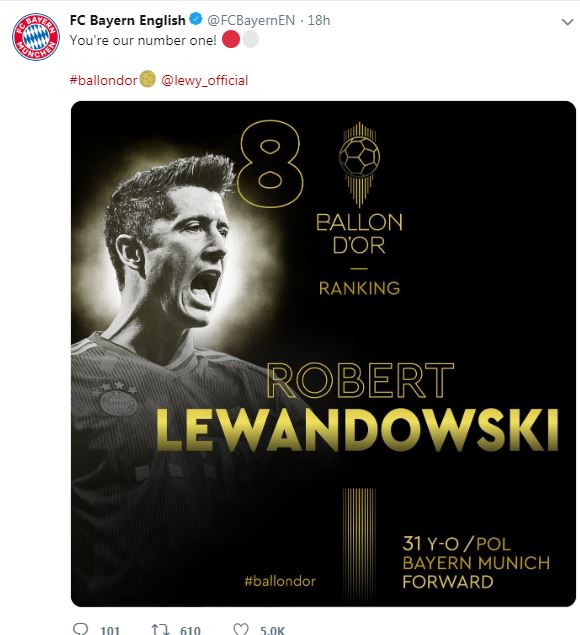 The Ballon D’Or is the most prestigious individual award in football. Up to 180 sports journalists from around the world vote for the best footballer of the year, one from each country.FCBayernEN/Twitter

“My sincerest congratulations to every player recognized with an award tonight.”

Appearing at the award ceremony in Paris, Lewandowski was accompanied by his glamorous pregnant wife Ania looking stunning in a chique, black dress.

Lewandowski has had a fantastic start to this season scoring more than a goal a game so far and breaking into the top five scorers in the Champions League all time rankings. 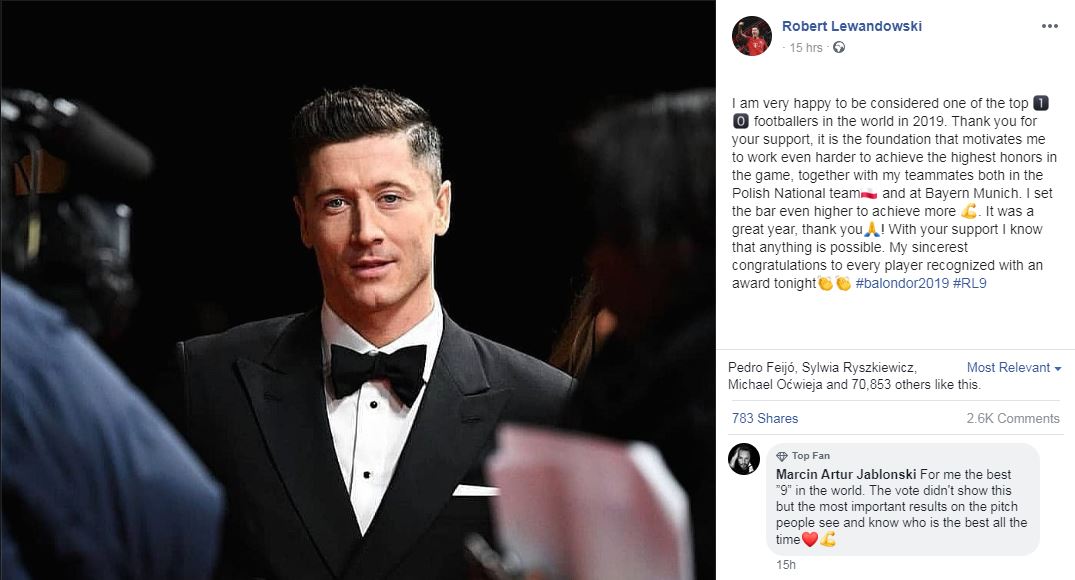 Writing on Facebook, the Number 9 said it had been a great year.Robert Lewandowski/Facebook

The super striker was the only player recognised from the Bundesliga with two players from Ajax, Holland and two from Paris St. Germain, France being the only others not from England, Spain or Italy’s top leagues.

“We Poles, do not look at it objectively. I have a lot of respect for  Robert and believe that he should be at least fifth, but apparently there was something missing,” Jerzy Dudek, retired Champions League winning goalkeeper, said.

The Kopa Trophy for best player under 21 was awarded to Dutch defender Matthijs de Ligt. American Megan Rapinoe won the best female player award, after leading her nation to a World Cup victory in the summer.

Poland draws with the Netherlands in UEFA Nations League match