More than 30 works by important contemporary Polish artists from the collection of PKO Bank Polski have gone on show at the National Museum in Warsaw as part of a new exhibition Art is Value, to mark the bank’s centenary year.

Normally hidden from public view, visitors can now see the stunning works of some of Poland’s best contemporary artists including Jan Tarasin, Stefan Gierowski and Ryszard Grzyb as well as works commissioned by Magdalena Abakanowicz and Mirosław Bałka.

After moving to its new headquarters in 1988, PKO asked eminent art expert and former director of the Zachęta National Gallery, Anda Rottenberg, to select works of art to hang on the freshly painted walls. 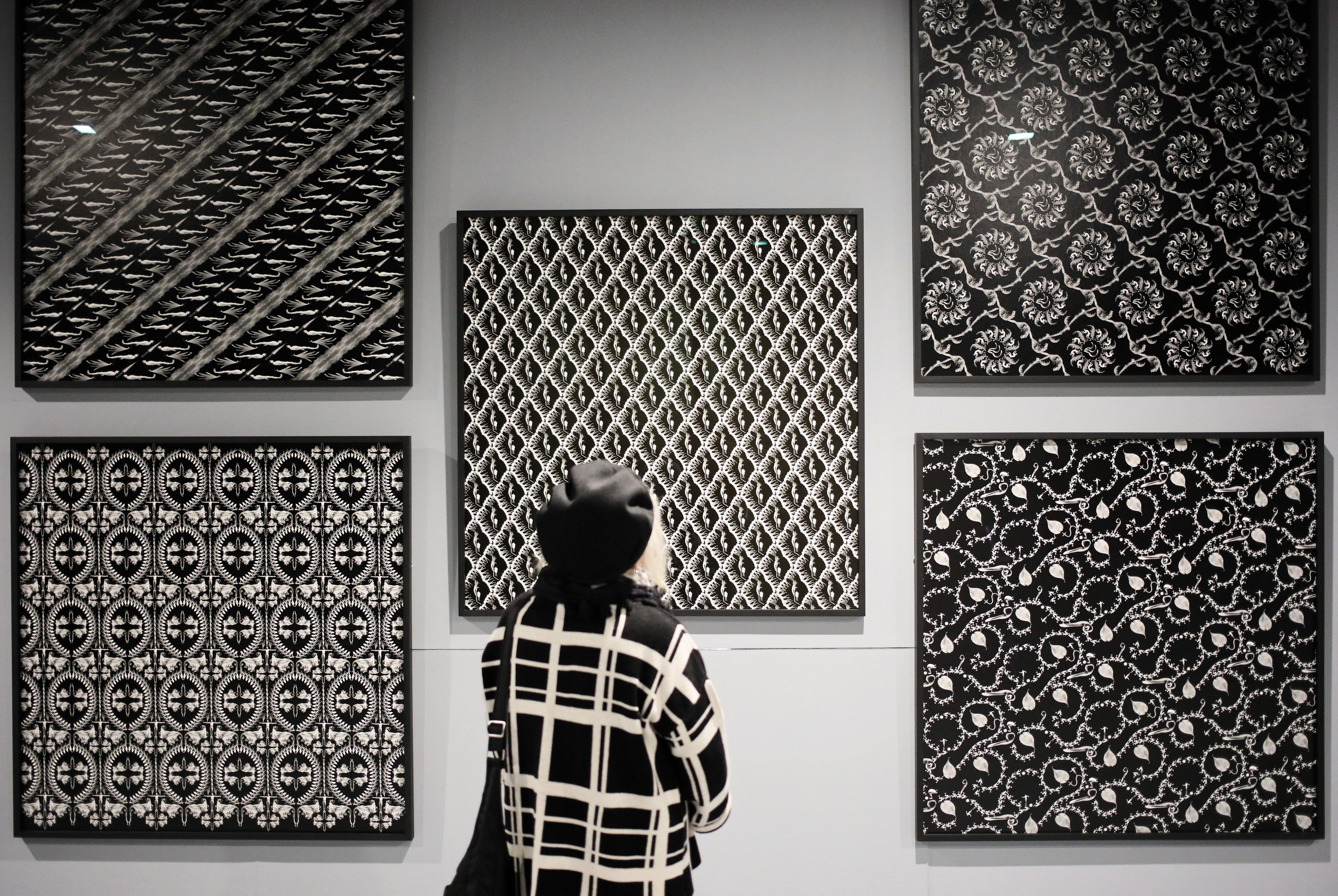 The exhibition title Art is Value refers to the Latin saying ars auro prior or ‘art more valuable than gold’. It is hard to say how much the collection is worth now, though.Leszek Szymański/PAP

She set about assembling over 70 works from over 30 Polish contemporary artists, representing three generations in post-war Polish art.

Despite being selected to pleasure the eyes of rational and calculating bankers, the collection contains much that everyone can enjoy.

Rottenberg told TFN: “Art is for everyone, and although this collection was put together for the bank, it is really representative of Polish art.

“A lot of the artists that make up Polish contemporary art from the 1970s onwards are in the collection.”

However, the task was not an ordinary one. “It was the first attempt to create a collection to represent the financial sector. I had a budget that I couldn’t exceed, which now seems laughably small. 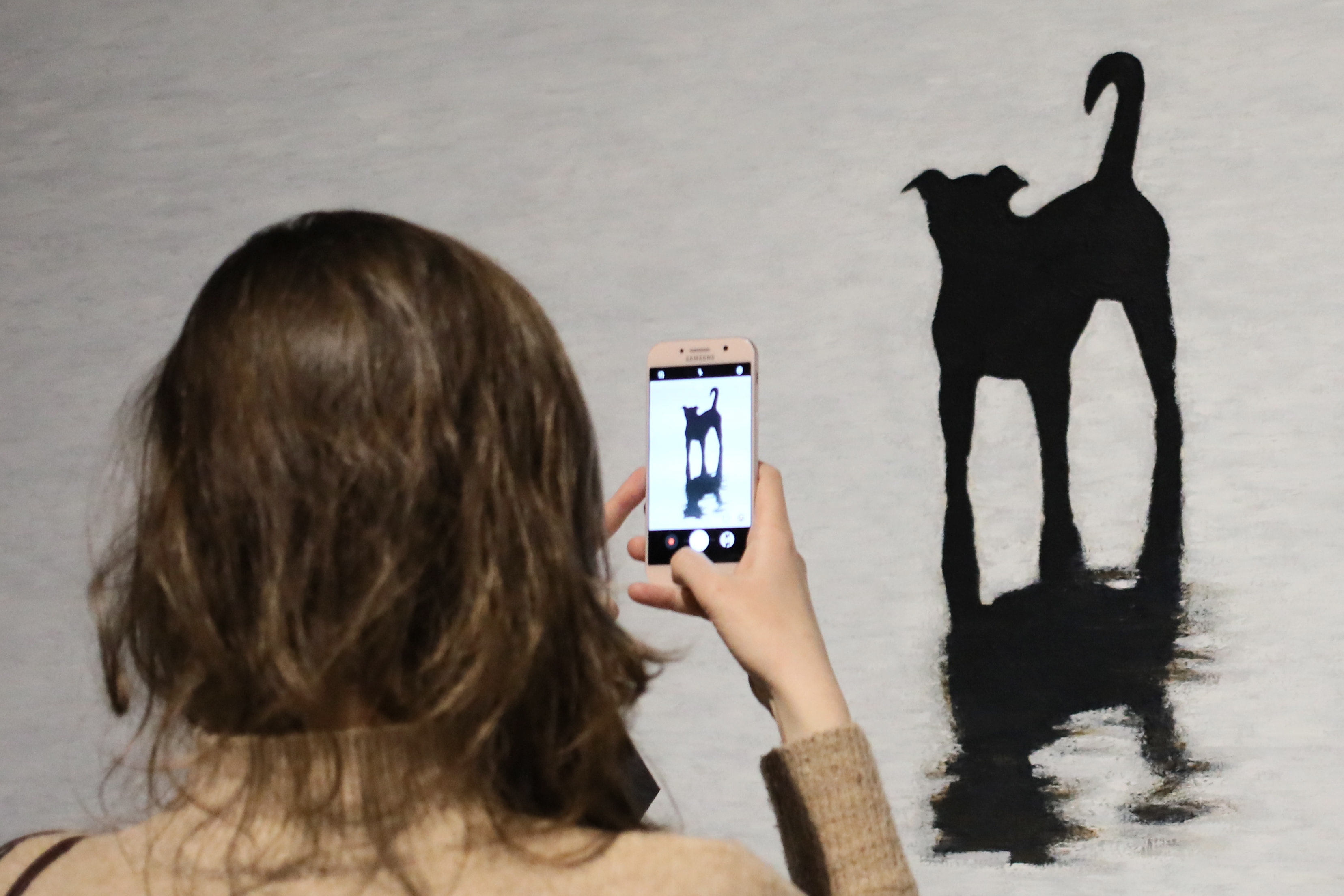 The collection of over 30 works is being shown to the public for the first time to celebrate the 100th anniversary of PKO Bank Polski.Leszek Szymański/PAP

It is hard to say how much the collection is worth now, but the financial value of art is a theme that runs through the exhibition. The title Art is Value refers to the Latin saying ars auro prior or ‘art more valuable than gold’.

Bank vice-president Rafał Antczak joked, “When the paintings started to be taken off the walls in preparation of the exhibition, some staff were worried the bank was cashing in its assets.” 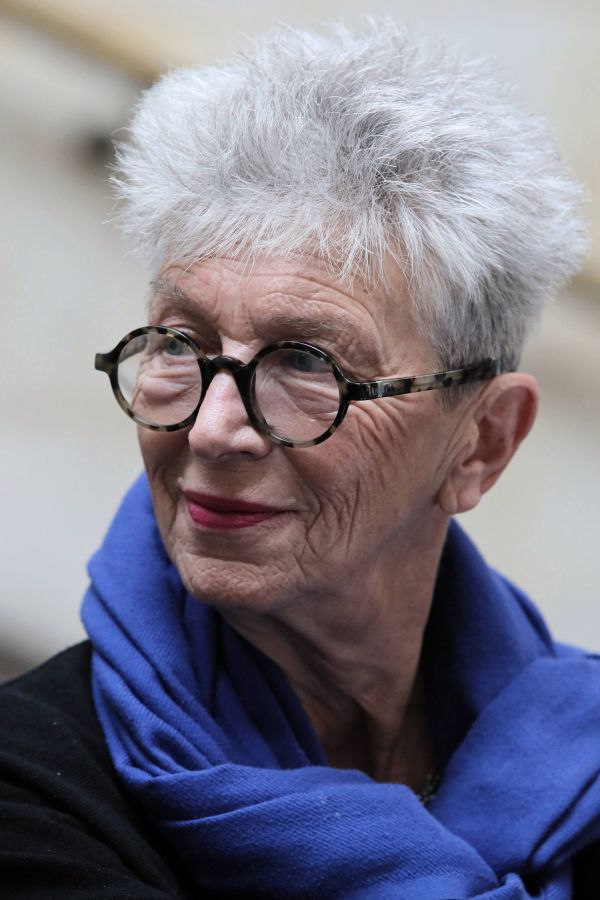 Art expert and former director of the Zachęta National Gallery, Anda Rottenberg, was asked to select the works after the bank moved to its new HQ in 1988.Leszek Szymański/PAP

Luckily, PKO Bank Polski is facing no such problems in its centenary year.

“We are the largest bank in Poland and the safest bank in Europe,” Antczak said.

“The bank is inseparable from Poland’s, and since its beginnings PKO Bank Polski has been an important part of social, economic and cultural life of the country.

“Now, on the 100th anniversary of PKO Bank Polski, the collection is being shown for the first time to a wider audience. We support many cultural activities and institutions and we have been cooperating with the National Museum in Warsaw for years. We value our role as a patron of art,” he added. 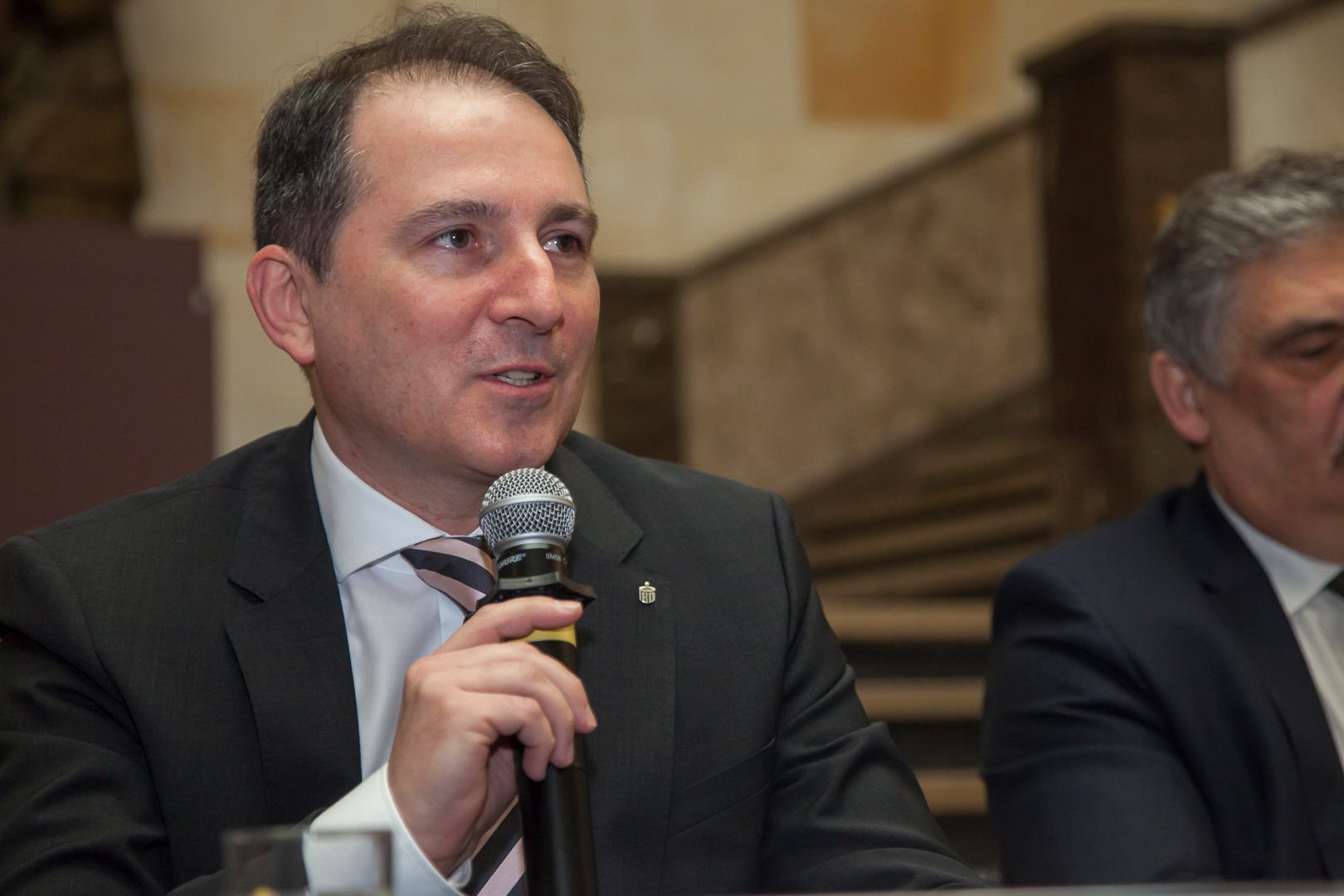 Bank vice-president Rafał Antczak joked, “When the paintings started to be taken off the walls in preparation of the exhibition, some staff were worried the bank was cashing in its assets.”Marzena Hmielewicz/MNW

Visitors enter the exhibition through a dazzling gold corridor as if they entering the bank’s treasury. The main room with the exhibits is steel grey like a safety deposit box.

The whole exhibition can be divided into three parts made up of three generations of artists whose works are in the collection.

In the central part there are works by classic painters including Stefan Gierowski, Jan Tarasin and Zbigniew Makowski, who debuted in the 1950s. 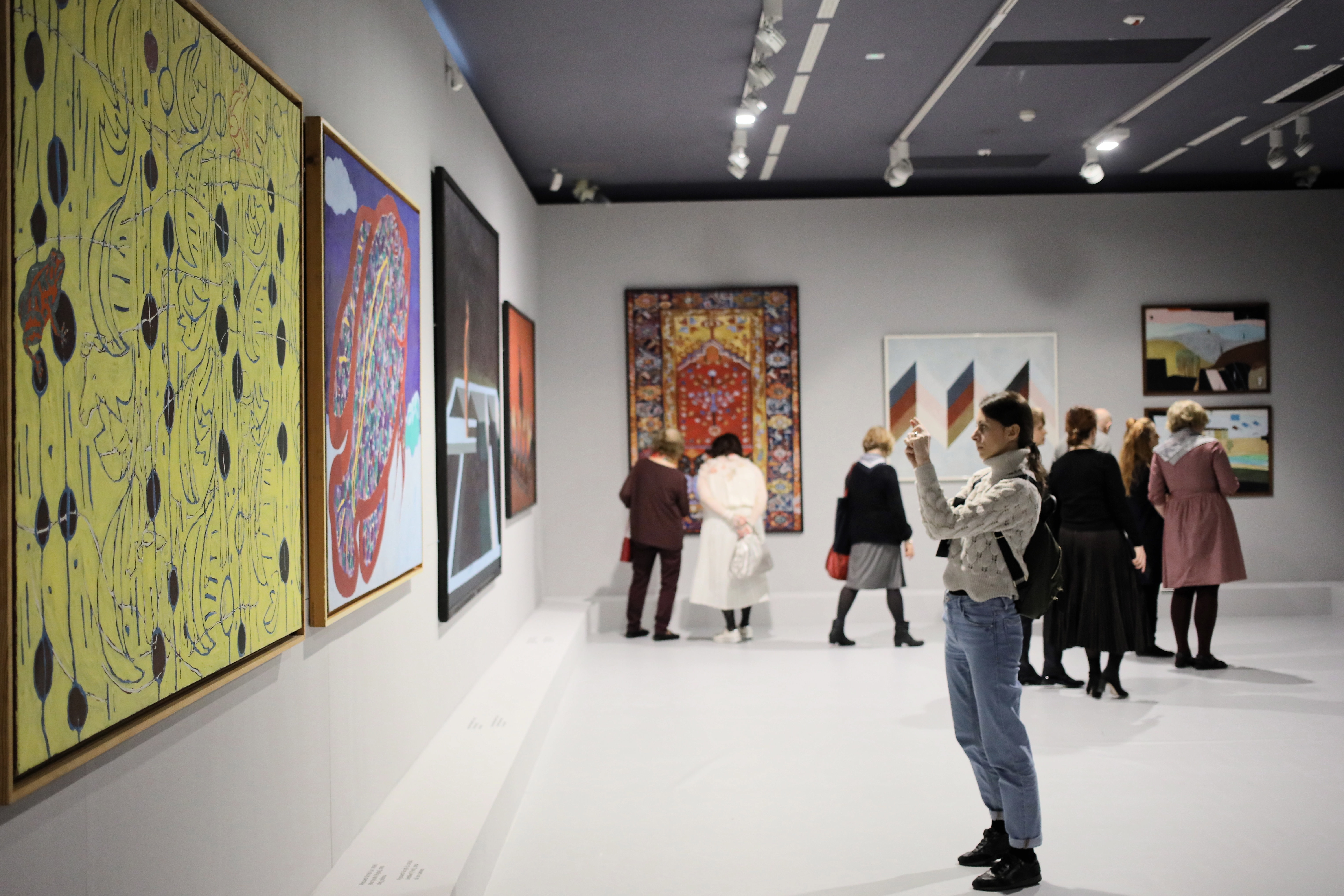 The whole exhibition can be divided into three parts made up of three generations of artists whose works are in the collection.Leszek Szymański/PAP

The second part of the exhibition consists of works by artists who graduated from art colleges in the 1970s, including Zofia Kulik, Teresa Murak and Łukasz Korolkiewicz.’

The third part contains works by artists debuting in the 1980s, concentrated mainly around the Warsaw Group of Ryszard Grzyb, Jarosław Modzelewski and Olga Wolniak.