Devised by the Galicia Jewish Museum, a new app has won acclaim for casting a fresh light on Poland’s pre- and post-war Jewish life.

Built with the support of the Ministry of Foreign Affairs, the app showcases a series of rare images that aim to celebrate and remember the nation’s rich Jewish history beyond simply the parameters of the Holocaust. 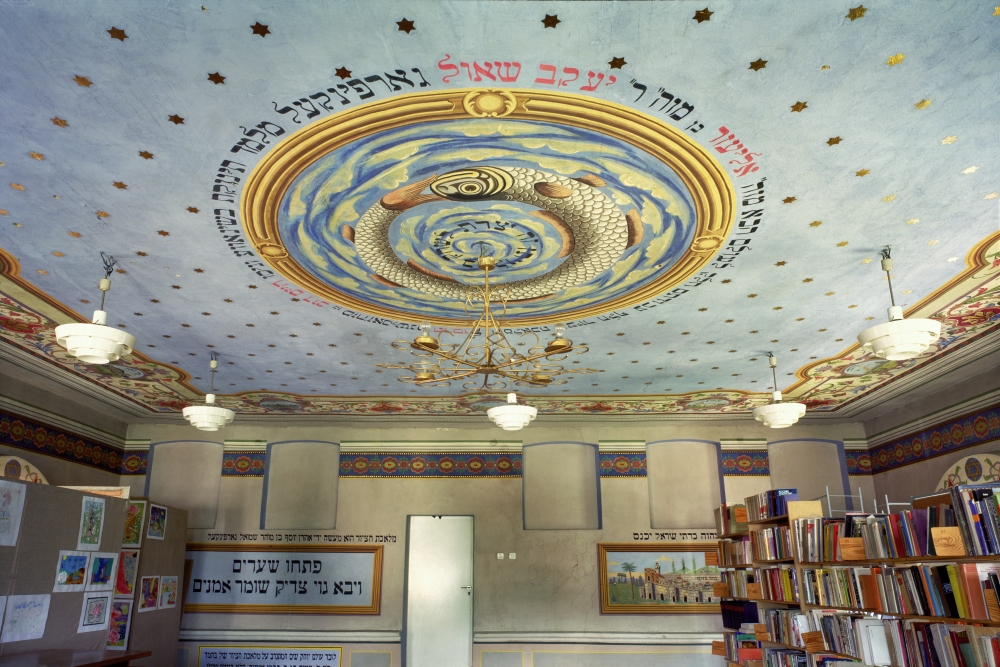 The pictures presented in the app range in age from the 19th century to more modern times. Here, Niebylec Synagogue has been shot by the museum’s founder, the late Chris Schwarz.Chris Schwarz/Żydowskie Muzeum Galicja

“We were thinking for a while about creating some kind of easily-available online tool to reach beyond our conventional programs and usual audience,” the museum’s Tomasz Strug tells TFN.

“The pandemic accelerated that process as we soon found that doing things online was the only way of doing anything at all. Seeing that the museum is somewhat photography oriented, then the construction of a photo app became the next logical step.” 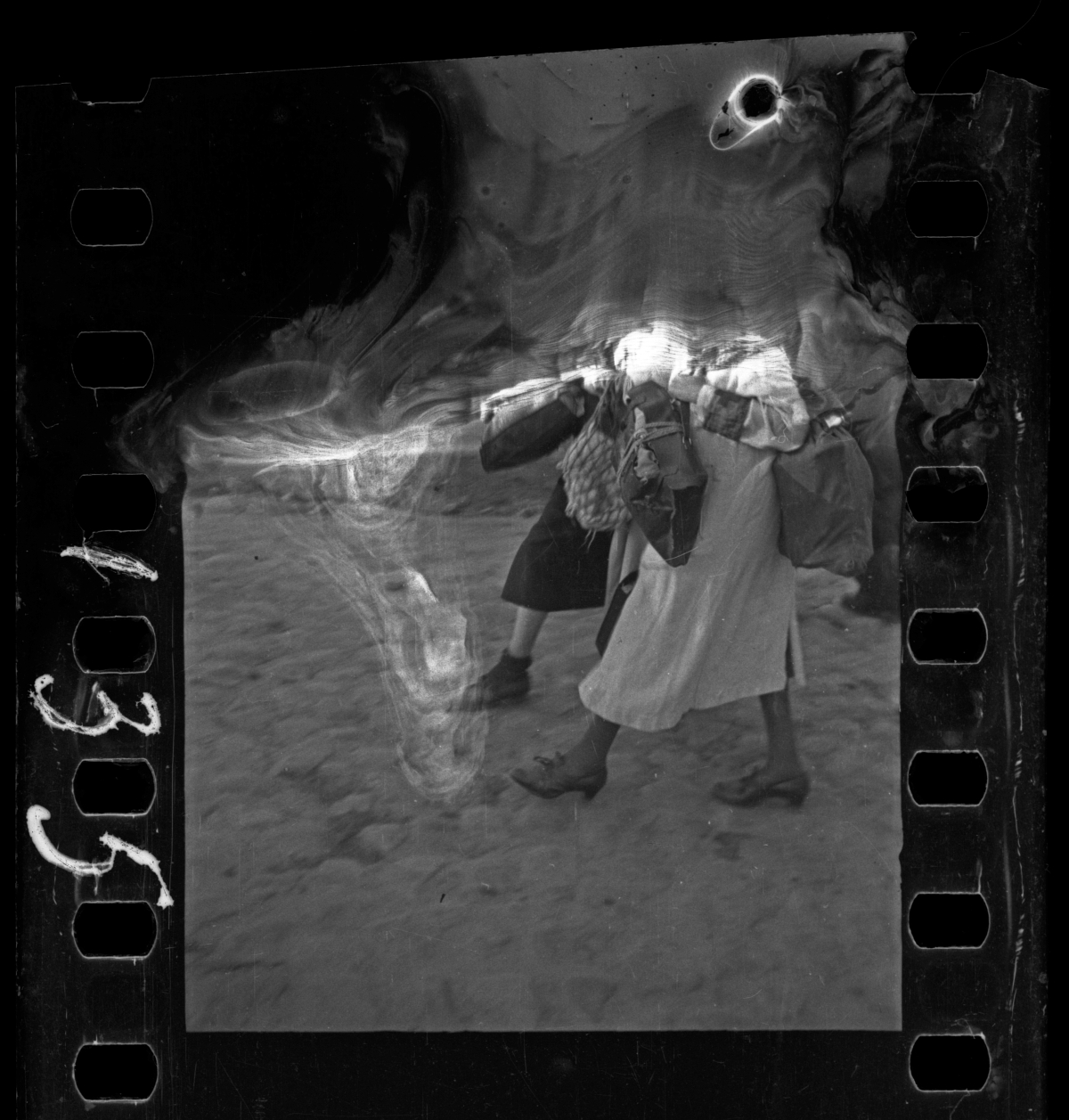 Covering a broad span of time, the images were sourced from a wide assortment of Jewish and non-Jewish sources, with the ultimate aim being to highlight as many different aspects of Jewish culture as possible.

“The idea was to show as much of Jewish Poland as has been photographed,” says Strug, “from early photographic images right the way up to current times. Poland’s long Jewish history is often overshadowed by the Holocaust or by black-and-white images of the pre-war community which are only ever really used to contextualize the genocide that followed. 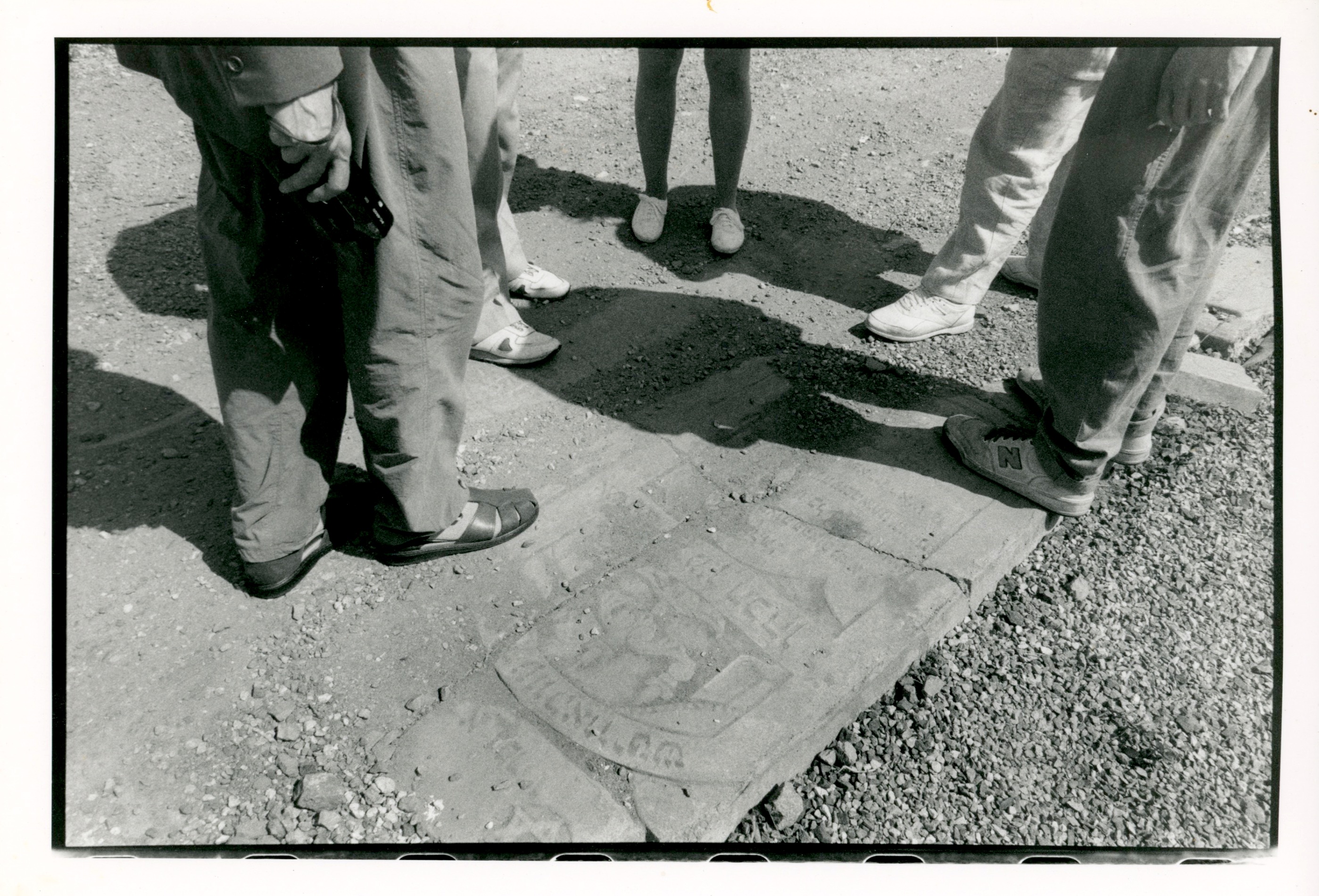 In this picture, taken in 1995, tourists in Kraków stand on fake matzevot that were laid for the set of Schindler’s List.Ruth Ellen Gruber

“We wanted to show how rich and complex this culture was, and that Jewish life still continues to exist in Poland.”

Ranging from the 19th century to the present day, each photo has been categorized by its era: pre-1918, inter-war Poland, WWII, Communist Poland, and post-1989. Something of a work in progress, more images will be added over the coming weeks and months. 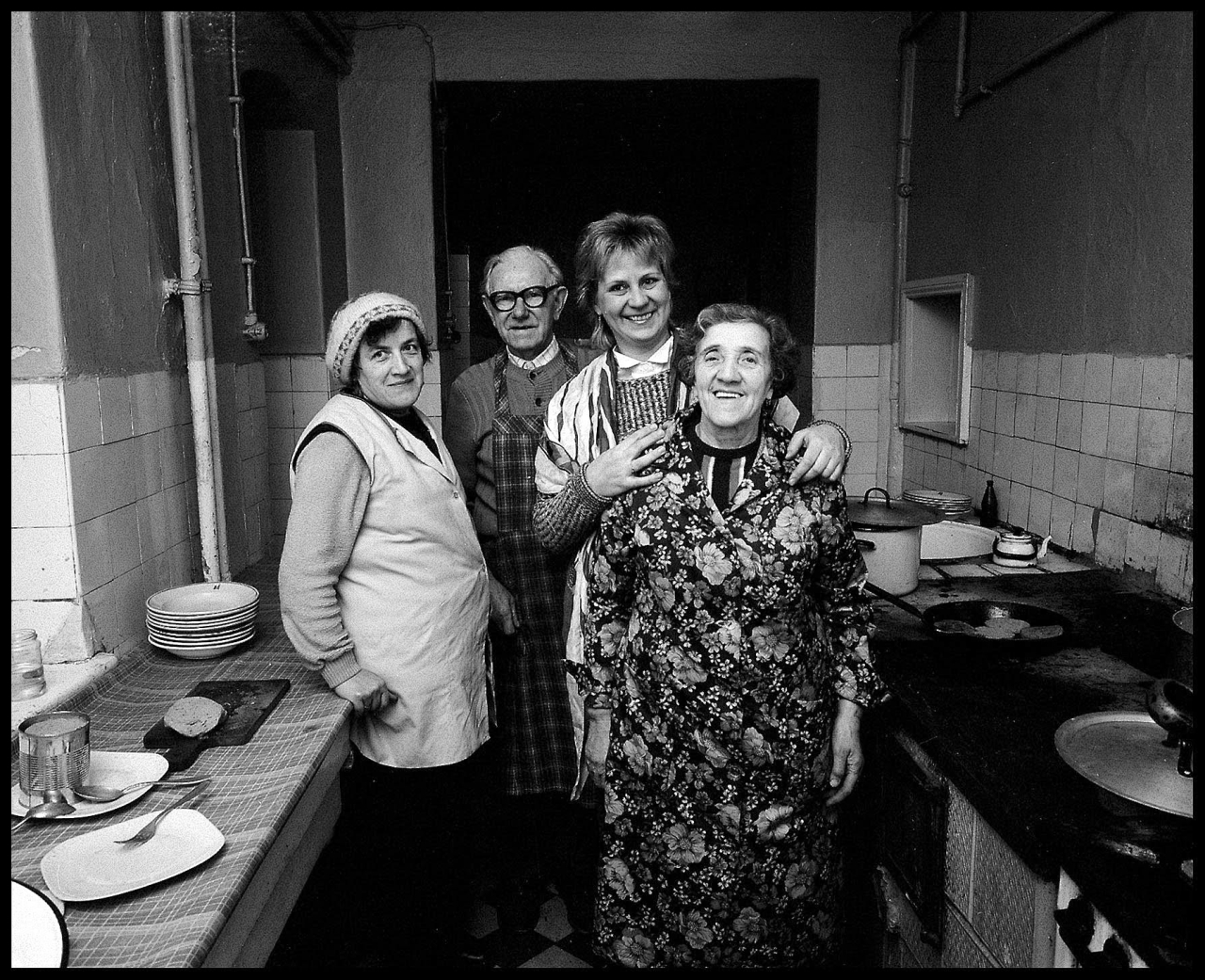 Some, such as this image of Jewish community in kitchen in Wrocław, were shot in 80s Poland and show how Jewish life continued in the decades after the Holocaust.Edward Serotta

“For sure we’ll be continuing the project in the future and hoping to build a solid group of users interacting with the app on a regular basis,” says Strug. “In essence it’s an educational tool, inspired by apps like DailyArt or even those language learning apps that present a small portion of content on a regular basis so as to never overload the user with information.”

Moreover, these photos stand to be supplemented by other visuals. 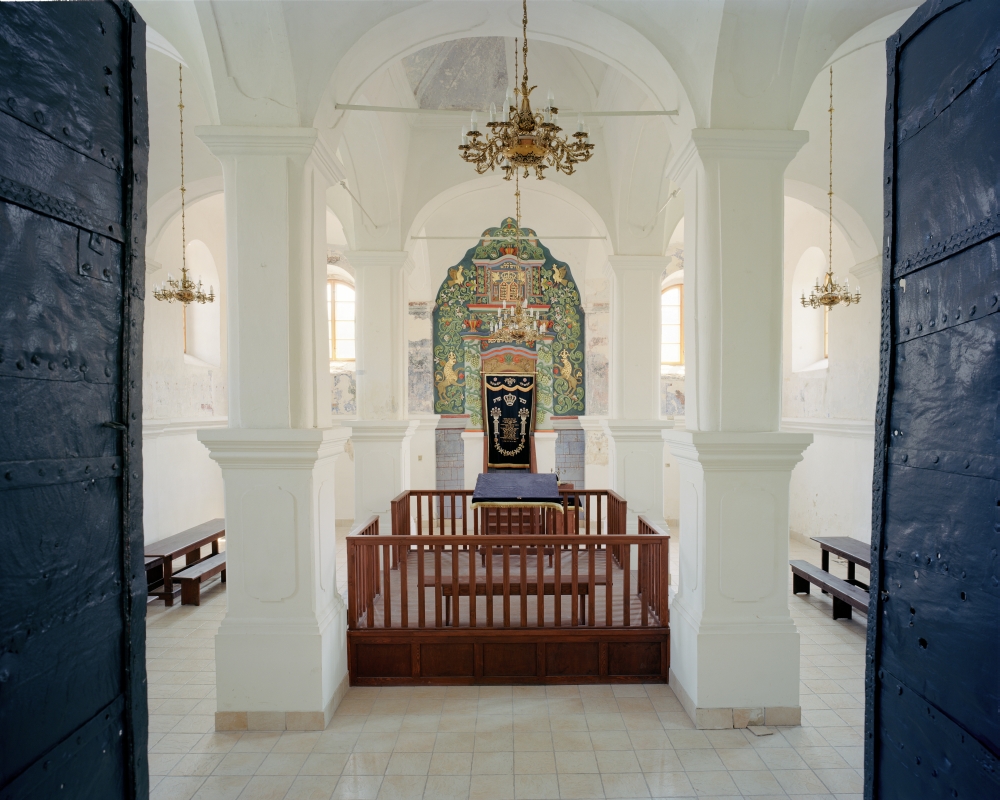 The Bobowa Synagogue pictured in 2016. The app aims to show the ongoing existence of Jewish life in Poland.Jason Francisco

“Eventually,” continues Strug, “we’d like to go beyond just photographs and publish things like newspaper front pages, Yiddish theatre posters, important documents and suchlike. The goal is to build a database of images with accompanying texts that become a ‘go to’ reference for those interested in Jewish Poland.”

On this front, much emphasis has been placed on providing clear and succinct texts that explain the background of each featured photo. 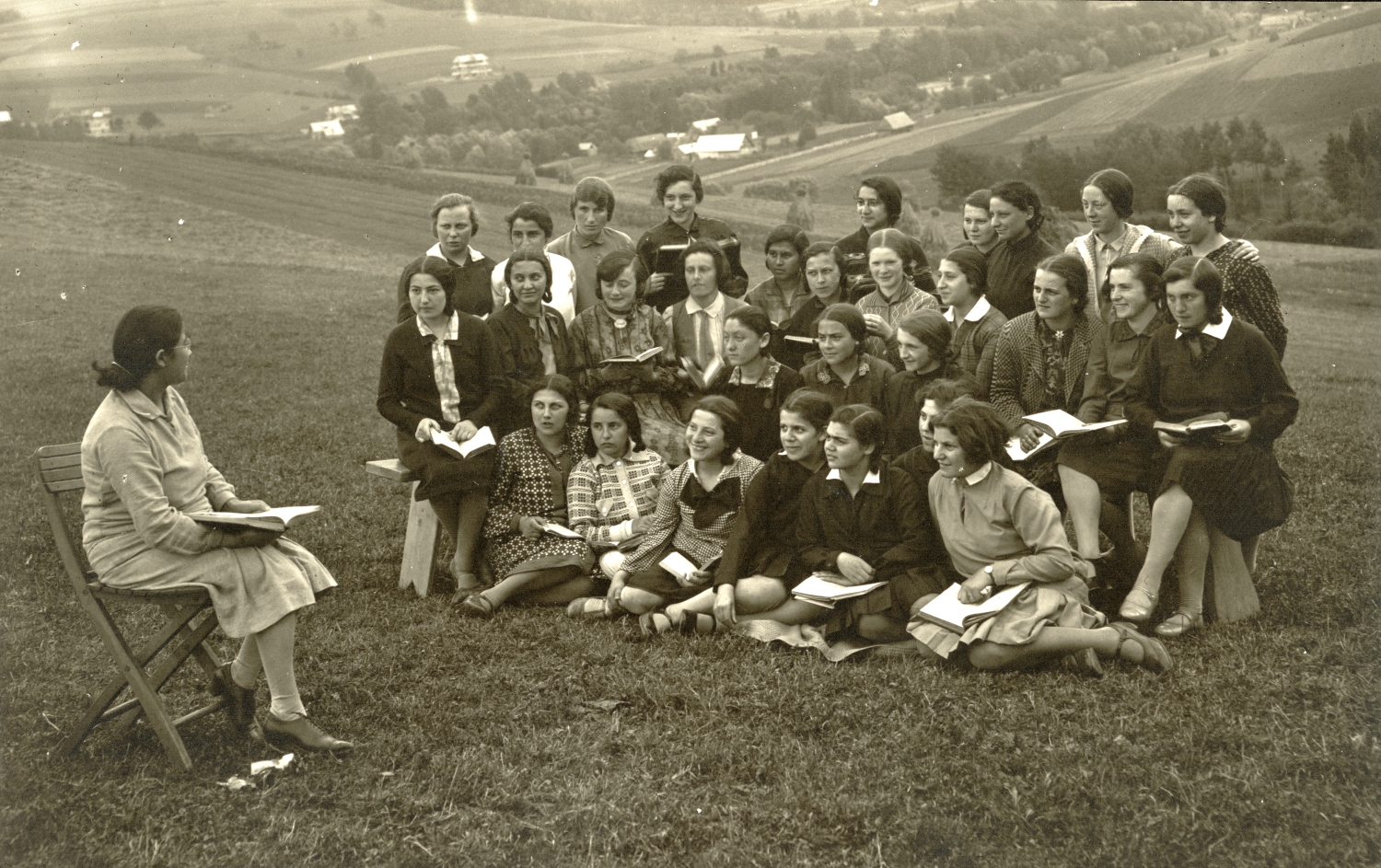 “The aim has been to pick photographs which allow us to say something meaningful, to touch on one aspect of the bigger picture in a way that is not too overwhelming for the reader,” says Strug. “These aren’t standard historical texts but rather micro-essays that aren’t entirely formal.”

In this respect, whilst image quality was treated as key, so too was the general story behind each photograph. “We wanted each photo to say something about Jewish Poland,” says Strug, “even if it was just something small. We didn’t want to over-complicate things as far as single texts went, but we always felt it was necessary that, when taken together, the collection would show a complex picture of Jewish life.” 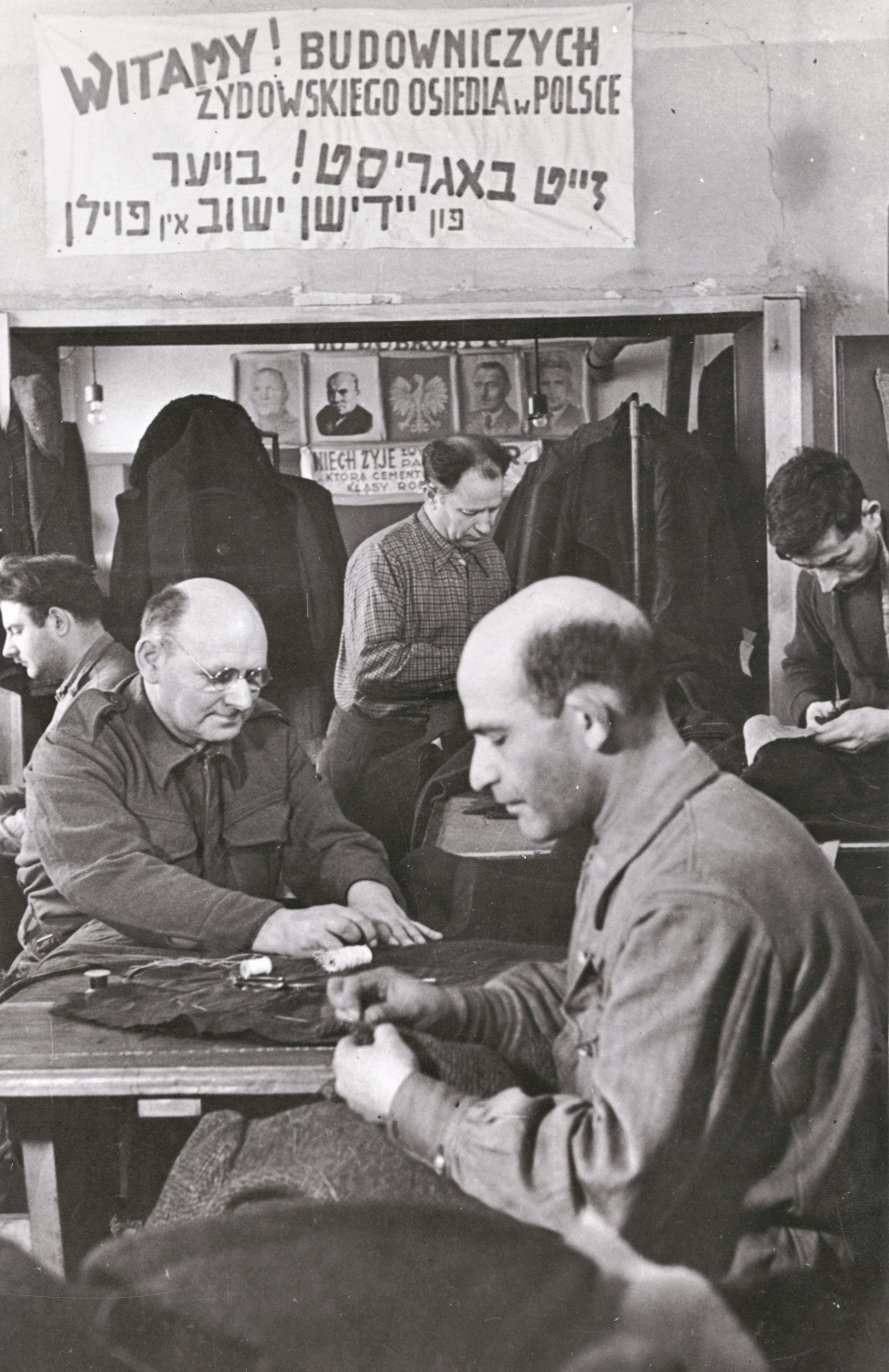 Whilst other languages may be incorporated in the future, for the time being the strategy has seen the app rolled out solely in English.

“As mentioned,” says Strug, “we wanted to overcome the dominating visual image of Polish Jewish history that currently leans so heavily towards black-and-white images of the Holocaust – that’s especially the impression people have abroad so to overcome this we did specifically choose to target foreigners.” 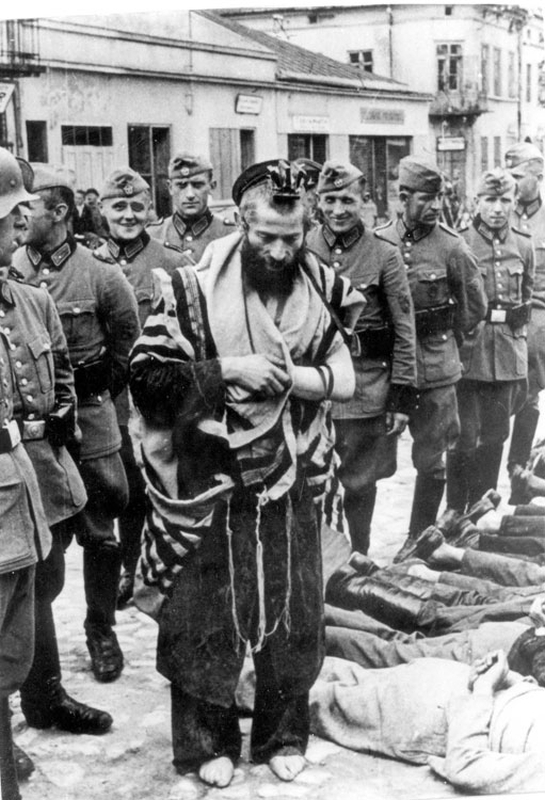 Grinning German soldiers look on as a Jew is publicly humiliated during Bloody Wednesday in Olkusz, 1940.Bundesarchiv

Another consideration has involved gathering as many images as possible that can be directly attributed to either a single photographer or a collection.

“In some cases we don’t know the author,” adds Strug, “but where possible we tried to acquire images that can be credited so that we could build a database of photographers covering this field.”

Of those that the Kraków-based museum are particularly proud of are the contemporary images shot by Chuck Fishman, as well as the vintage photos of Henryk Ross, Tomasz Tomaszewski and Eugeniusz Wilczyk. 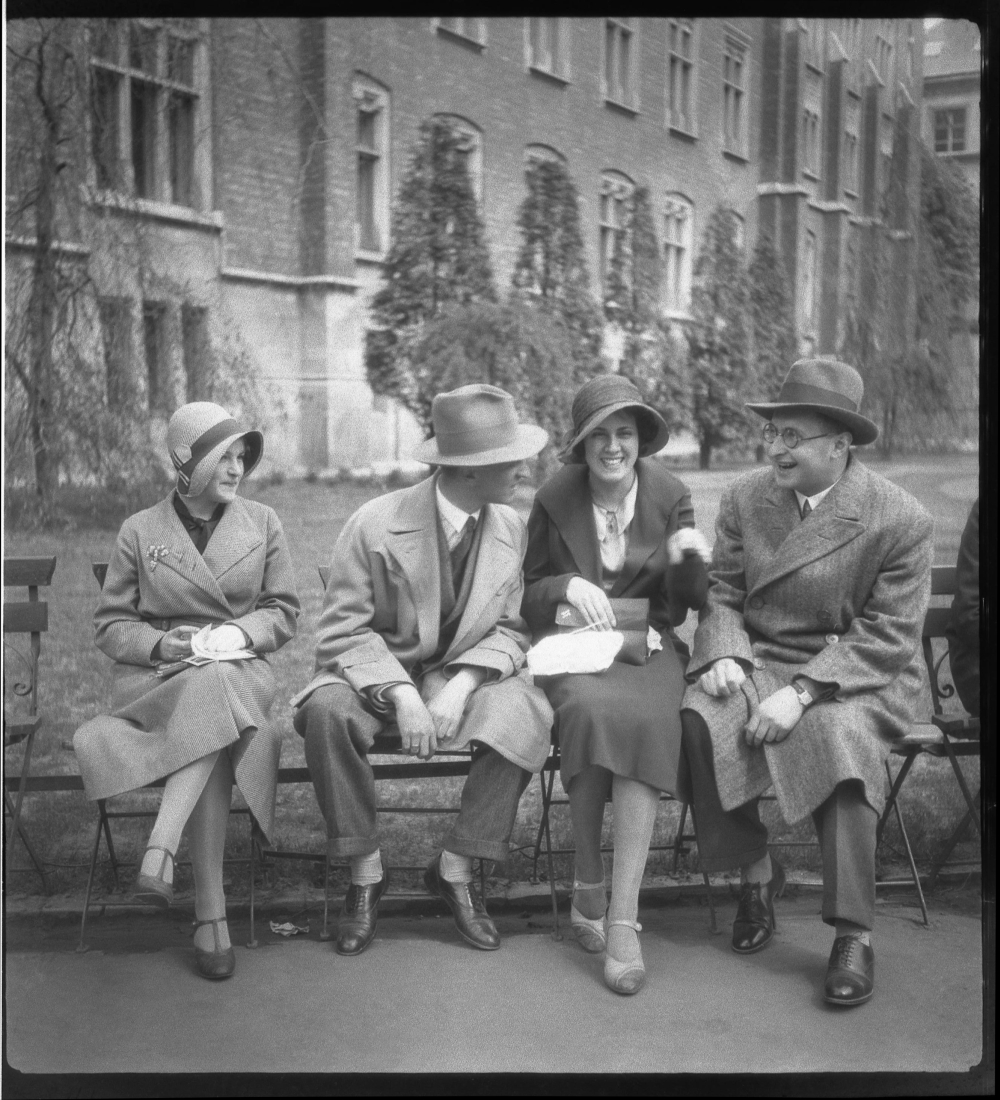 Jewish friends share a joke while posing for the camera in 1920s Kraków.Ze'ev Aleksandrowicz

“Henryk Ross’ photos of the Łódź / Litzmannstadt Ghetto are astonishing,” says Strug. “They miraculously survived the Holocaust, albeit bearing some damage by damp as they were buried in the ground, but they seem almost surreal evidence of the very real atrocities that occurred.

“We’re also honoured to show Tomaszewski’s photos – he’s one of the greatest photographers in the country and his 1980s series featuring Polish Jews is amazing. Likewise, Eugeniusz Wilczyk – the son of the great photographer Wojciech Wilczyk – took photos of Kraków’s Kazimierz district in the 60s, and only a part of his collection is known.”