Maciej Margas began snapping the capital two years ago after realising that because of Warsaw’s tragic history, many people had a very limited view of the city.

Wanting to show its beauty in a unique way, the 25-year-old decided to photograph the capital from the air.

He told TFN: “I wanted do something no one had done before, something unique. I also wanted to do night photography from the sky and realised that neither of these had really been done.

“It suddenly became my dream to be the first one to do this.” 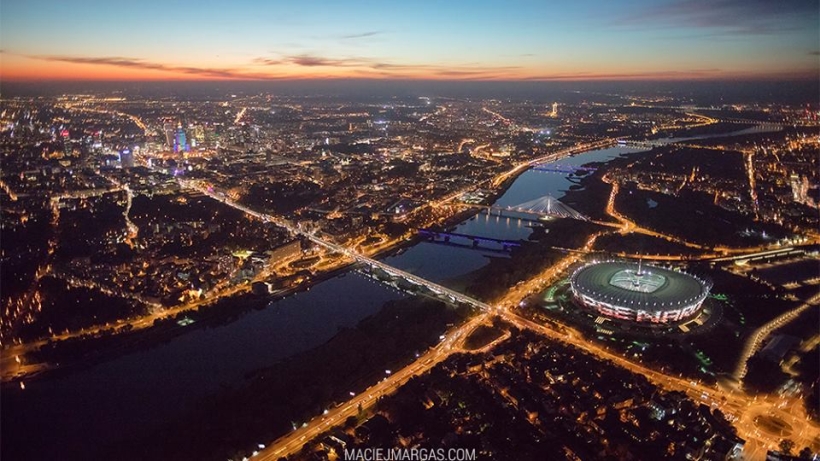 Maciej started taking photos of architecture when he was 16 because he wanted to get to know the city better.maciejmargas.com

But flying over Warsaw isn’t so straight-forward. First there’s the cost - around 10,000 PLN (2,000 Euros) for one hour and then there are the legal restrictions.

But rather than be put off, Maciej instead turned to crowdfunding site pomagam.pl where after just three days he was offered sponsorship deals with Coca Cola Poland, InterLeones and Enigma SOI.

He recalled: “I gained money for almost 3 hours of flying and the best photo equipment from Canon.

“I took two flights, one during the day and the second one right after the sunset. I was sitting on a deck of the plane with my legs on the skid, attached by special ropes.

“We were flying over my beloved city even at the height of 3000ft and I took photographs no one has ever taken before.

“It was a lifetime experience!” 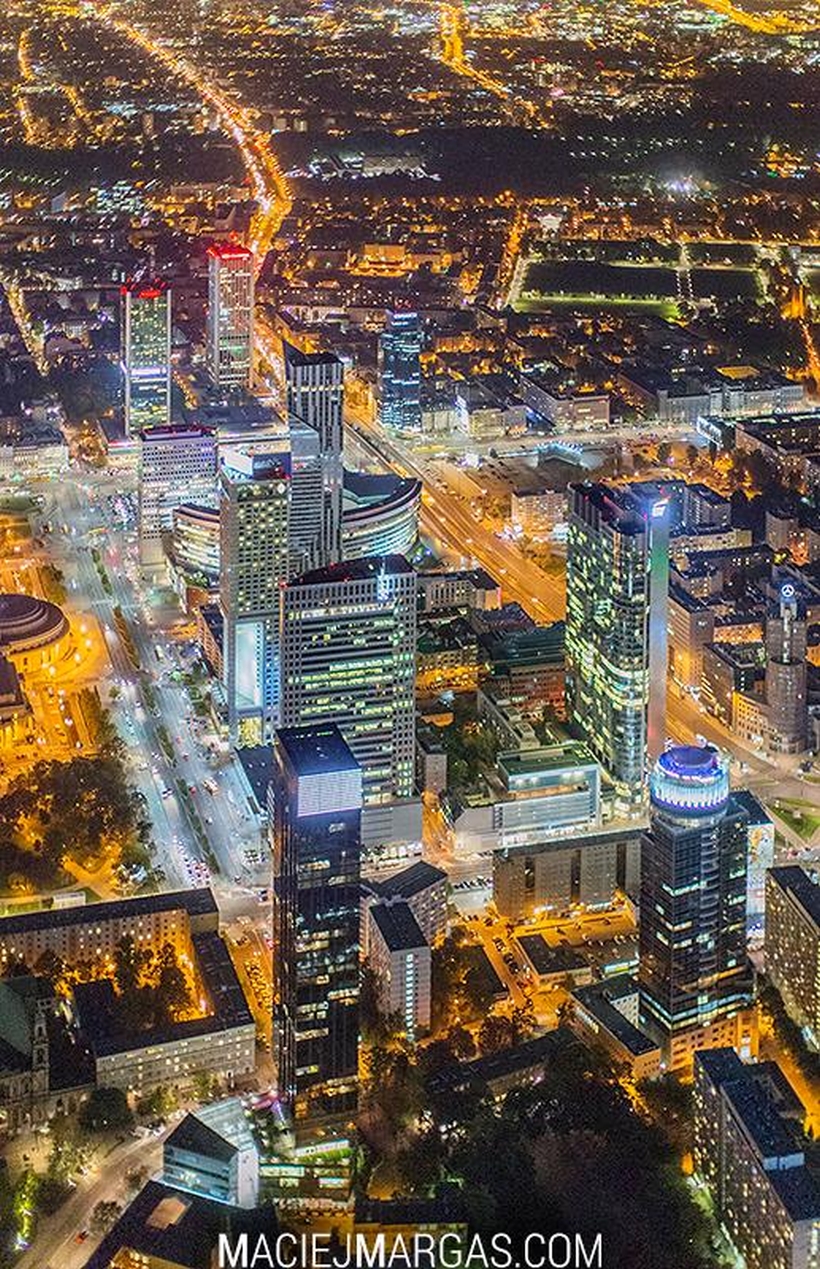 Maciej took a helicopter 3km above the city to capture these incredible photographs.maciejmargas.com

He added: “Through my work, I try to show the people in Poland and all around the world the beauty of Warsaw.

“I also try to break the stereotypes about it, because Warsaw is developing like never before, and as no other city in the region, though many people don’t know anything about it.”

The photos have become so popular they were compiled into a book entitled Warsaw On Air and presented to Prince William and Princess Katherine during their visit to the capital last year. 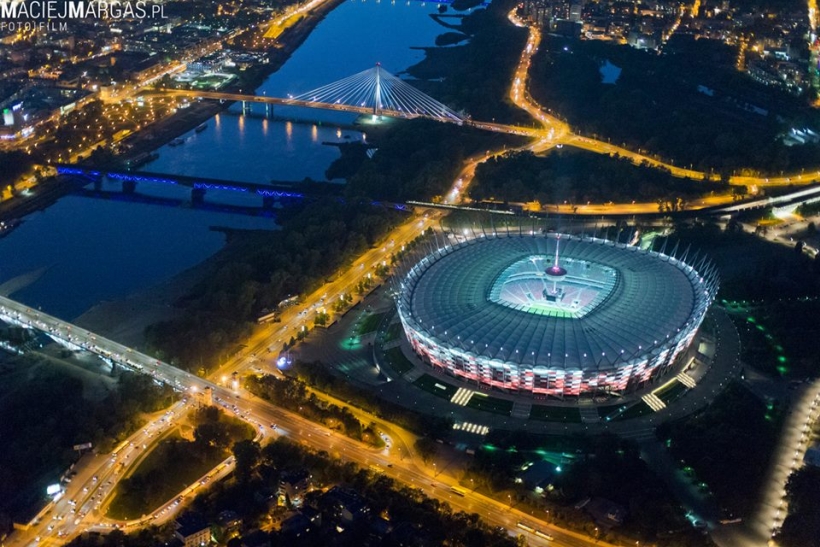 In 2016 he won the prestigious Grand Press Photo award.maciejmargas.com

Now he is working on a new project, to photograph and film all of Poland’s major cities for a new book.

The project, called Poland On Air, will be completed in November this year to coincide with the official celebrations of Poland’s 100 years of Independence. 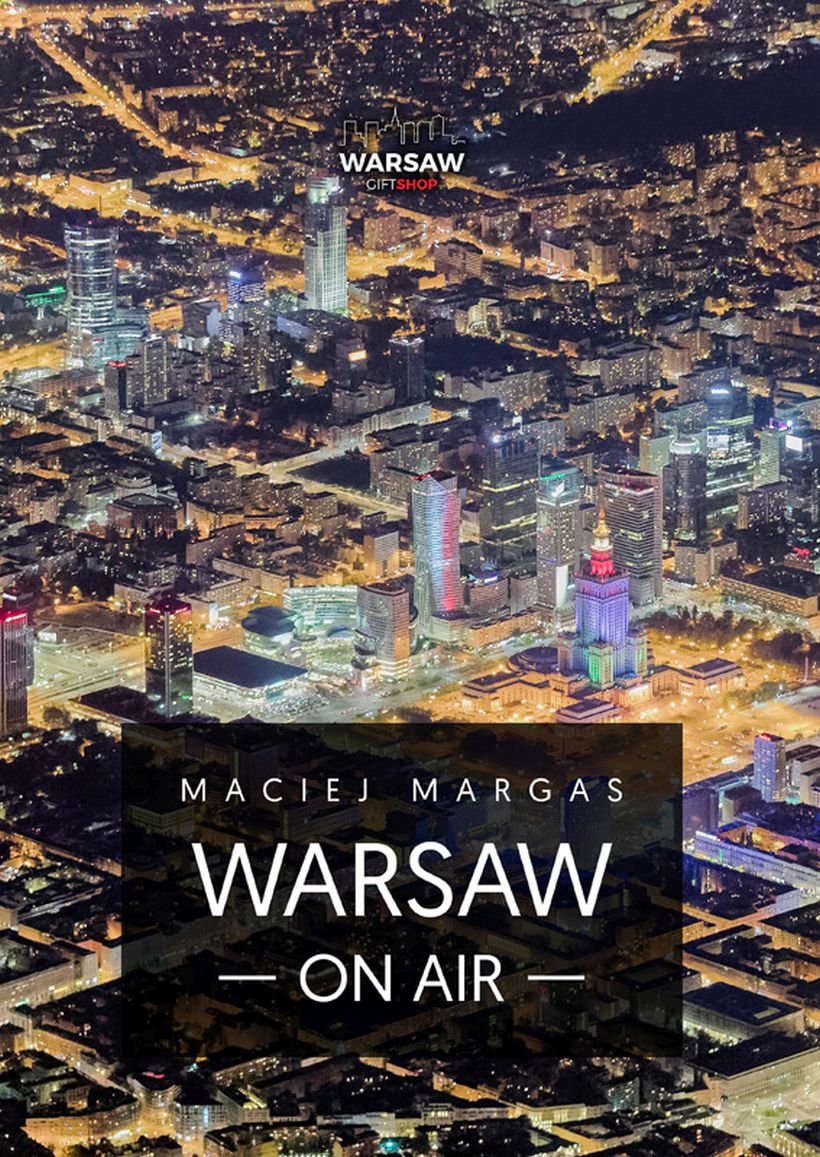 The photos were compiled into a book entitled Warsaw On Air.maciejmargas.com

Maciej said: “For me, the story of these photographs is also a story of making dreams come true, and the power of one single idea, which can affect so many people. I never believed it was really possible.”

To see more of Maciej’s stunning work visit: https://warsawgiftshop.com/en/ or his Instagram profile.

Poland likely to modify next package of judiciary reforms