With the spotlight on hygiene and disinfection in focus since the outbreak of the coronavirus, a new study identifies the cleanest city in Poland.

The ranking was carried out by researchers at PSG Polska and the Centre for Microbiological Research and Autovaccines in Kraków. 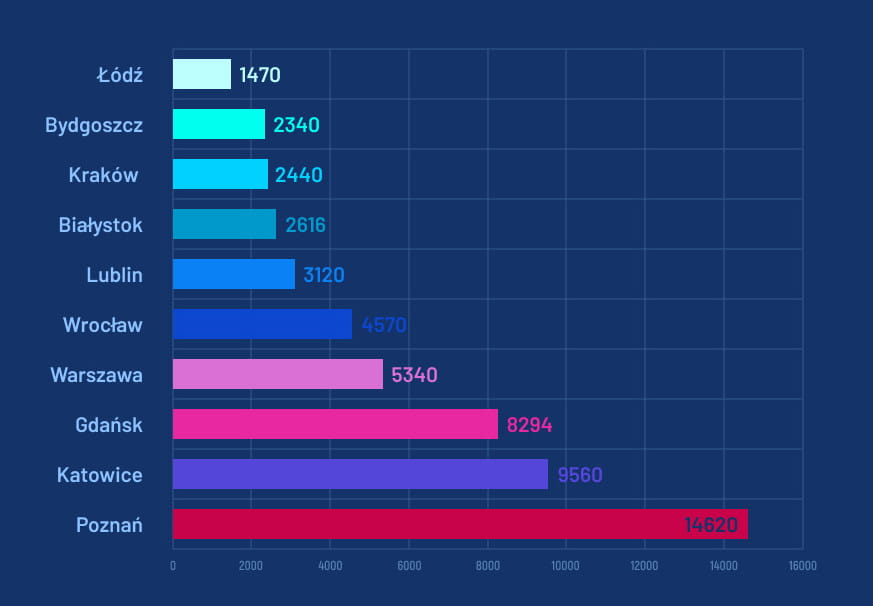 According to the ranking, the cleanest city in Poland by far is Łódź, where 1,470 bacteria were found. Bydgoszcz and Kraków were next, with 2,340 and 2,440 respectively. Warsaw ranks seventh, with 5,340 – more than three times as many as Łódź.Profesjonale Ozonowanie / PSG Polska

According to organisers of the report, it “clearly shows how much of a problem are contaminated surfaces in public spaces. The presence of microbes at almost every step carries a real threat to people.”

“Due to the epidemic situation in the world, frequent disinfection of communal places has become a necessity, as well as education about hygiene,” they add. 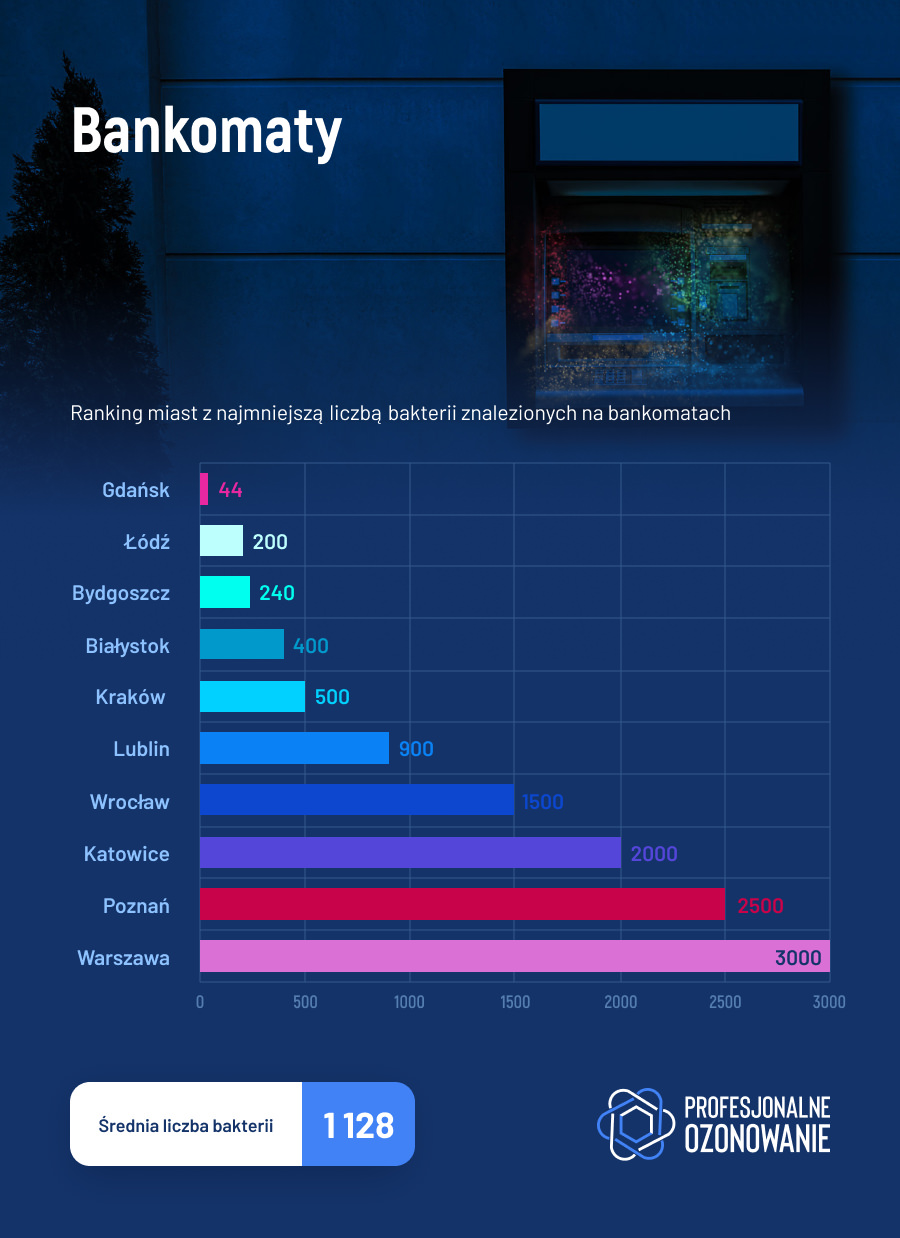 The research involved taking samples from five places that most people touch frequently when out in public: ATMs, handrails in public transport, carts in grocery shops, door handles in shopping centres and handrails at railway stations.

It was carried out in in November-December 2020. Based on this, the researchers created the ranking by adding together the number of bacteria found in the different places in each city. 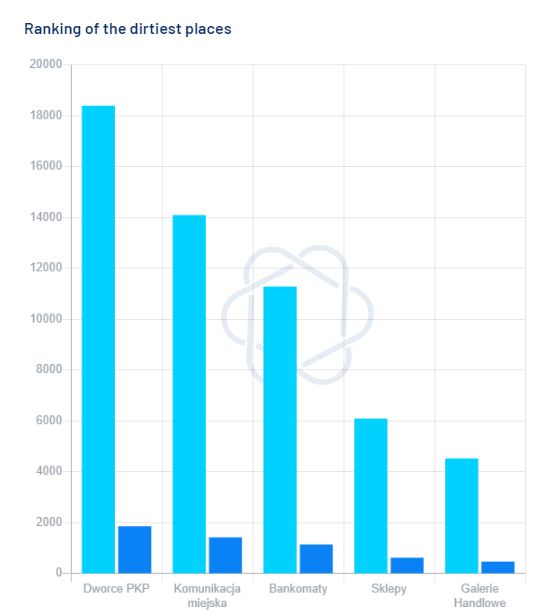 According to the ranking, the cleanest city in Poland by far is Łódź, where 1,470 bacteria were found. Bydgoszcz and Kraków were next, with 2,340 and 2,440 respectively. Warsaw ranks seventh, with 5,340 – more than three times as many as Łódż.

The study is a reminder of how many bacteria there are on things that people touch over the course of an ordinary day in town. 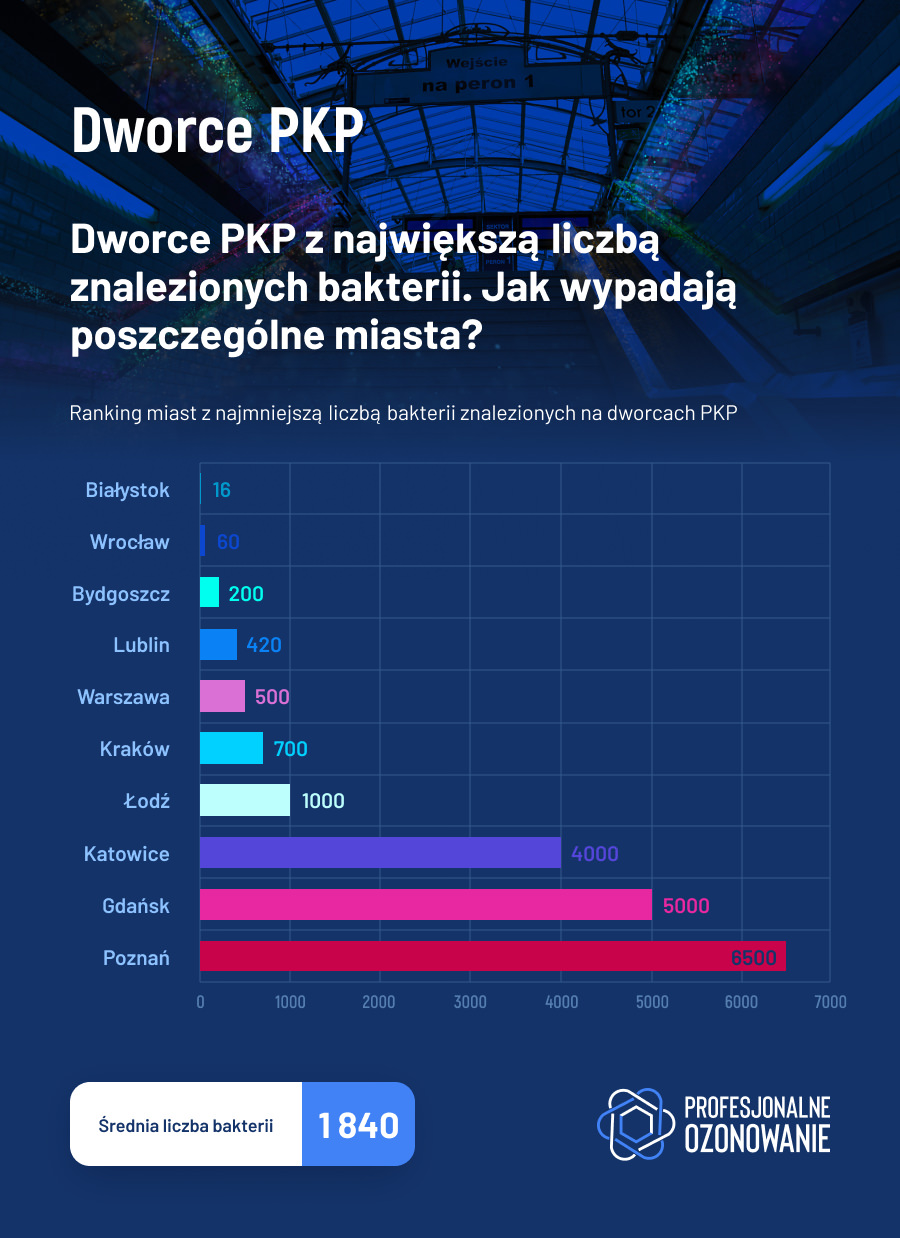 For example, there were over 1,000 bacteria on the ATMs tested, on average (mold and fungus were found on some of them). In this category, Warsaw ranked worst, with 3000 of them.

ATMs were not the dirtiest places studied, though: there average number of bacteria found on public transport and railway stations was higher.