A Polish video game about the story of a meaningful friendship playing out against the backdrop of the Holocaust is set to debut October 9th.

My Memory of Us, which features Patrick Stewart of Star Trek fame as narrator, is based on real events that occurred during the Second World War, with much of the game set in what appears to be one of the Nazi-German enforced Jewish ghettos.

The game, however, is centred around the relationship between a girl and boy who must navigate the trials of their day-to-day existence. The game play features themes of exclusion and oppression with the children expected to solve riddles along the way.

References to the Holocaust are not literal, but the echoes are strong: an Evil King arbitrarily and cynically segregates the world into people who are better and worse and the game’s protagonists must make their way through the world, relying on their friendship above anything else. 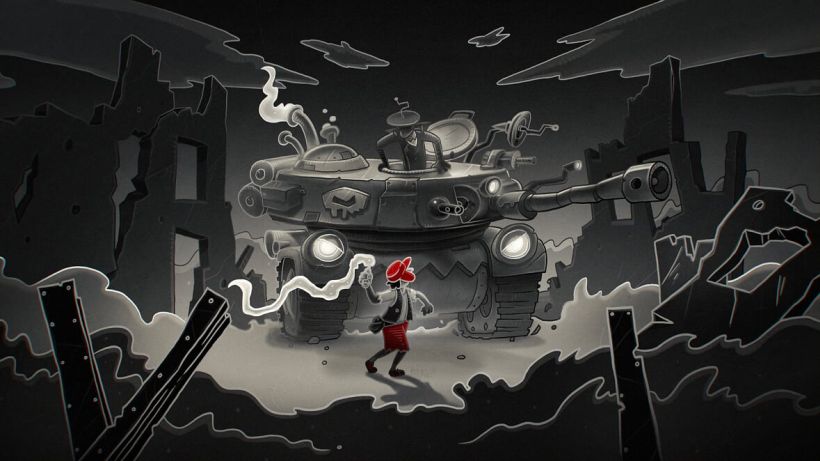 My Memory of Us is based on real events that occurred during the Second World War.Juggler Games

“The story of My Memory of Us is a personal one to us, as our grandparents faced similar oppression World War 2. This game is our ode to them and the millions of others who lived and died during this time," says Juggler Games CEO Mikołaj Pawłowski.

The game’s animation has been described as poignant and well-made, lending an authenticity to a fraught period in history. It also adds to the nostalgic element of recalling an important childhood relationship.

Of  Stewart's involvement, Pawłowski said: "talent and skill provides the right mixture of gravitas and hope, and his performance resonates perfectly with [the] game."

The game, which will see international release, will be available on PC, PlayStation 4 and Xbox One.

‘I investigated the past to free myself’: One woman’s incredible story to commemorate her Polish-Jewish family lost in the Holocaust

Poland, US differ in some points on property restitution - ministry