Much of her work concerns itself with concepts of space and the functionality of architectural forms. Sosnowska creates disconcerting works through the use of formal trickery, optical illusions and plays on perception to create works altogether more surreal and unexpected. The artist has previously stated that she is “especially interested in the moments when architectural space begins to take on the characteristics of mental space”.

For her 2001 exhibition ‘Little Alice’ at the Ujazdowski Castle, Centre for Contemporary Art in Warsaw, the artist took Alice in Wonderland as her inspiration. Sosnowska, echoing Alice’s strange adventures, built four connecting rooms, designed in a Victorian style. Each room progressively shrunk in size until the final room became too small for a person to enter. 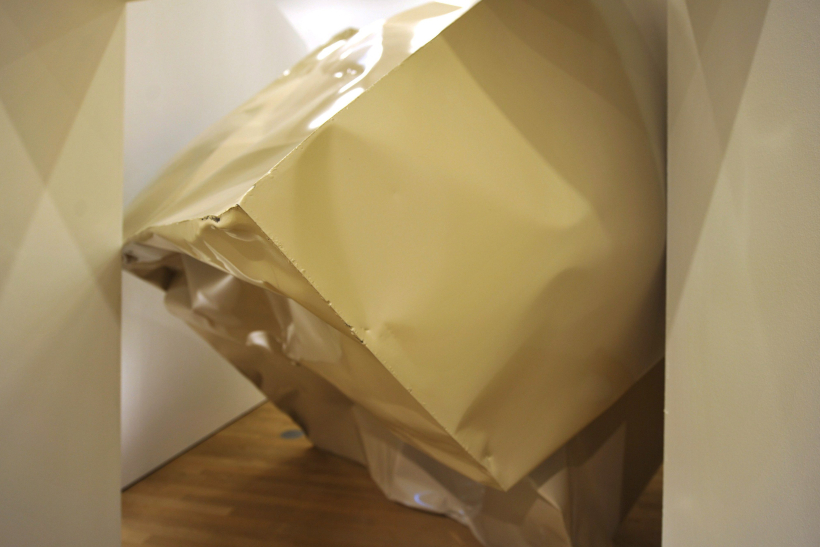 "Untitled", by Monika Sosnowska, on display at the Schaulager, in Basel, Switzerland.
(PAP/EPA)

Playing with scale is a recurring technique in Sosnowska’s work. In 2003, for the opening of the New York City Sculpture Center, her contribution was a piece which began with a full-size door – the viewer would open a door only to find a smaller door behind it, and so on, until the tiny last door opened to reveal a pre-installed light-box. It was the light at the end of the tunnel.

The Tired Room (2005), created for the Sigmund Freud Museum in Vienna was an installation consisting of an empty room where the perspectives were distorted. The walls, floor and door were constructed in ways where each element was positioned in one space, yet it would be seen from different angles. The room would play with the eye – confusing it with the jungle of different perspectives. The concept was heavily influenced by the stage sets from Robert Wiene’s 1920 masterpiece of German expressionist cinema, The Cabinet of Dr. Caligari. 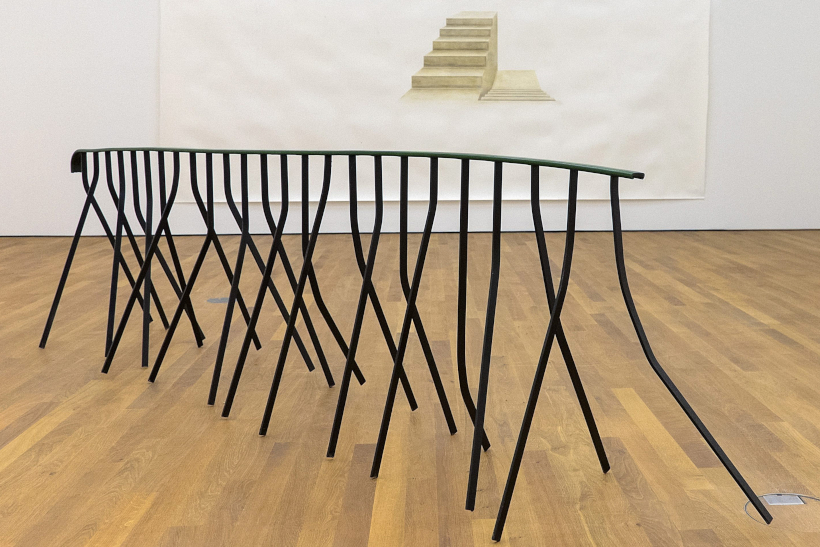 Sosnowska’s architectural interests lie in the construction methods and forms recalled from a childhood in Communist-era Poland. Often such structures, or elements of those structures, were designed with simple, yet effective, functionality in mind. She often takes forms of the era and recreates them to look as if they were made of crumpled paper – she even distorts huge steel structures. ‘Stairway’ (2010), takes the form of a huge spiral staircase, beaten and twisted to the point where it no longer can serve its original purpose, a testament to uselessness.

The artist has stated that her preoccupation with functionless architectural structures stems from an interest in the ageing process and the natural disintegration of the PRL (Polish communist era) objects she has used as inspiration for her work. 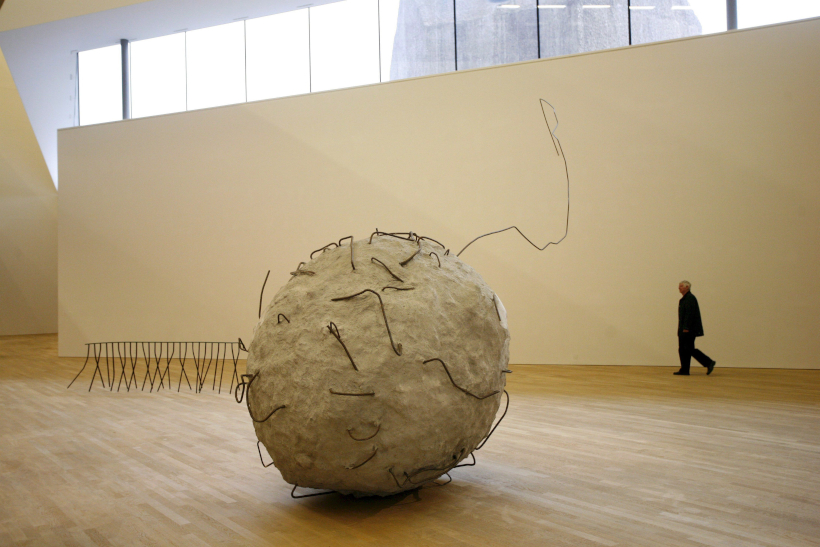 She has exhibited widely across the globe, including the Museum of Modern Art in New York, Kunstmuseum Liechtenstein and the Herzliya Museum of Contemporary Art, Israel.

She is represented internationally by Hauser & Wirth, and by Warsaw’s Foksal Gallery Foundation in Poland.