Nearly half a century after its controversial demolition a spectacular observation tower is set to once again crown Śnieżnik mountain on the Polish-Czech border.

Inspired by typically German romanticist aesthetics, construction on the original tower was first initiated in 1895 though harsh weather conditions meant that it was to take four years before it was completed. 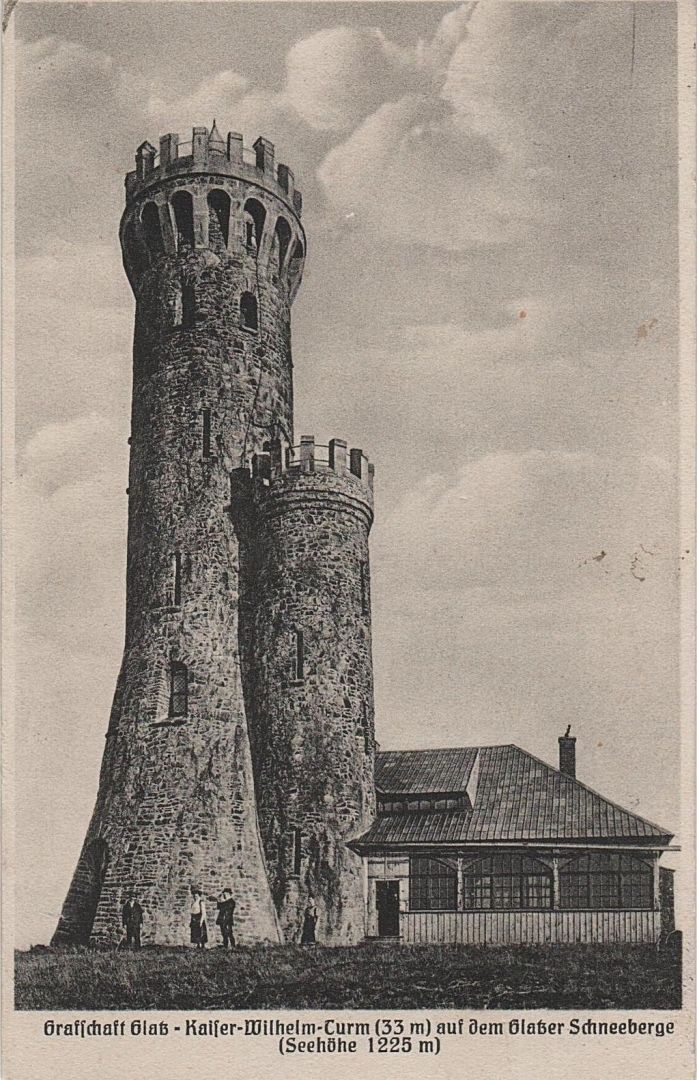 Inaugurated on 9th July 1899, the 33.5-metre tower quickly became a hit among hikers of the time.Public domain

Situated in what was then Germany, and inaugurated on July 9th, 1899 by the Prussian Prince Albrecht, the 33.5-metre tower – adjoined by a shorter 18-metre structure – was built with the purpose of providing views from the so-called Silesian Mont Blanc and quickly became a hit among hikers of the time.

Dedicated to the memory of Emperor Wilhelm I who had died a year previously, features numbered a memorial hall decorated with a one-metre bust of the Prussian leader, two viewing decks equipped with telescopes and a hostel later expanded to include an occasionally raucous inn and a souvenir store. 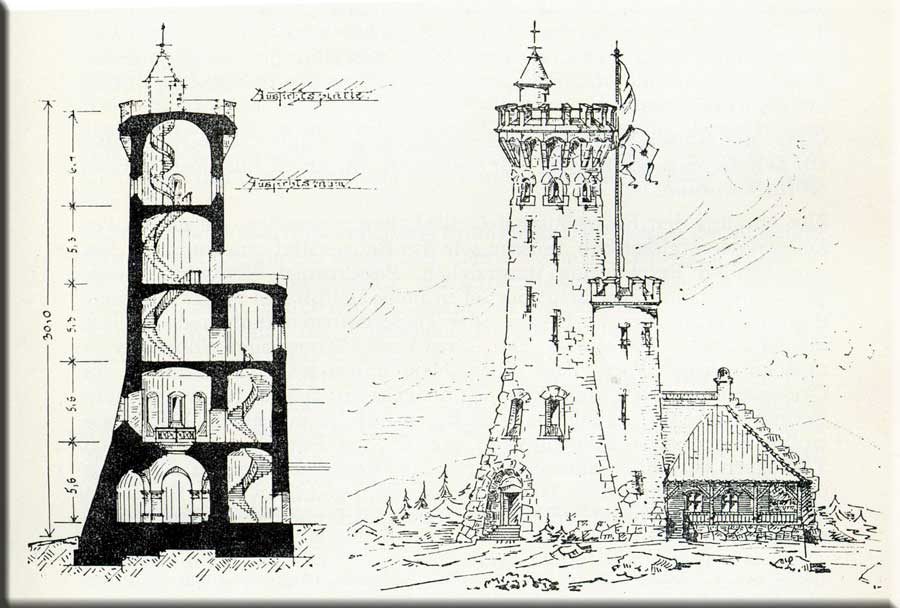 Dedicated to the memory of Emperor Wilhelm I features included a memorial hall decorated, two viewing decks equipped with telescopes and a hostel later expanded to include an inn and a souvenir shop.Public domain

Rapidly gaining in popularity, records reveal that in 1906 over 4,200 sightseers visited, each paying 20 pfennigs for the pleasure of entering.

Designed by Felix Henry, the Breslau-based architect remained tight-lipped over its symbolism, though many speculated that his two fairy tale towers represented William Tell and his son Altdorf. More likely, however, are assertions that the buildings were symbolic of German and Austrian kinship. 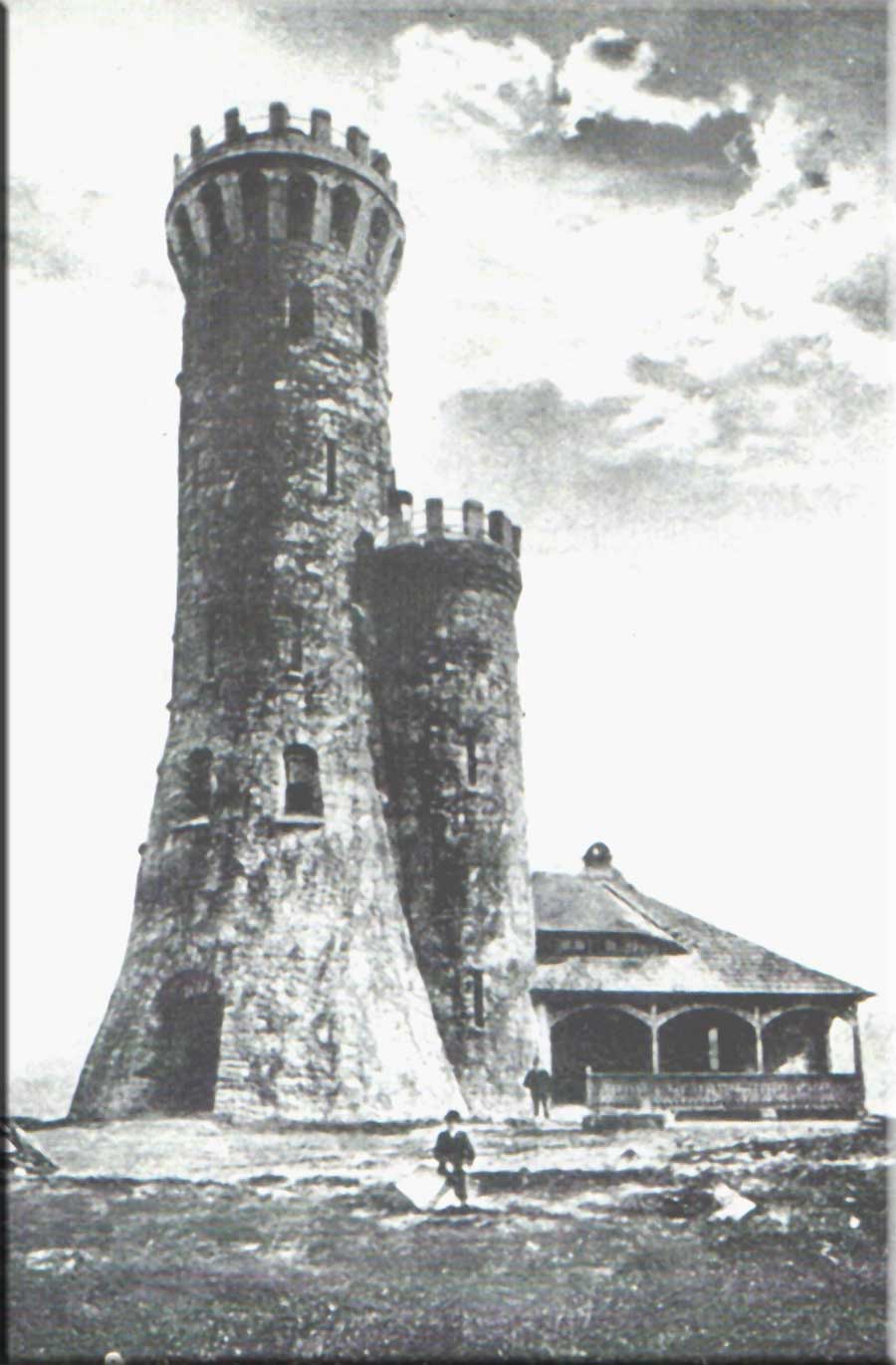 As the clouds of war gathered over Europe, it became a centre of clandestine intrigue and a meeting point for spies.Public domain

As the clouds of war gathered over Europe, it became a centre of clandestine intrigue and a meeting point for spies from both Germany and Czechoslovakia. Continuing to operate after war broke out, it was only when its guardian, a gentleman by the name of Frenzel, was called up to serve at the front that the tower was finally bolted to the public in July 1941.

With the area incorporated into Poland in 1945, the authorities demonstrated scant interest in preserving this mighty symbol of German imperialism and while a token renovation was conducted in 1948, thereafter the object was allowed to slide into decline. Accelerated by the severity of the Polish winter, a general lack of care and investment soon saw the building become a dank, rotting shadow of its former self. 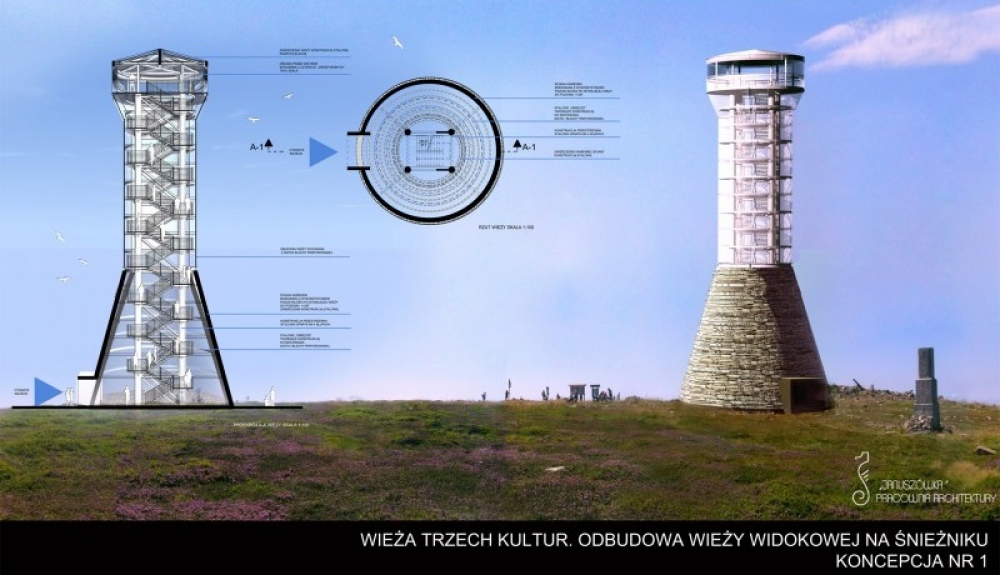 Nearly half a century after its controversial demolition the spectacular observation tower is set to once again crown Śnieżnik mountain on the Polish-Czech border.Gmina Stronie Śląskie

Left unguarded, it nonetheless continued to draw tourists though its state of decay made it something of a health hazard. Using this structural disrepair as their pretext, in 1973 local authorities took the decision to demolish the structure and military sappers were brought in to accomplish this task.

Wiring the structure with explosives, their first attempt to flatten the tower was unsuccessful, and only after extra charges were laid did they succeed in their mission – for the tower’s fans, it was resounding proof that the structure was not as dilapidated as the authorities had claimed. 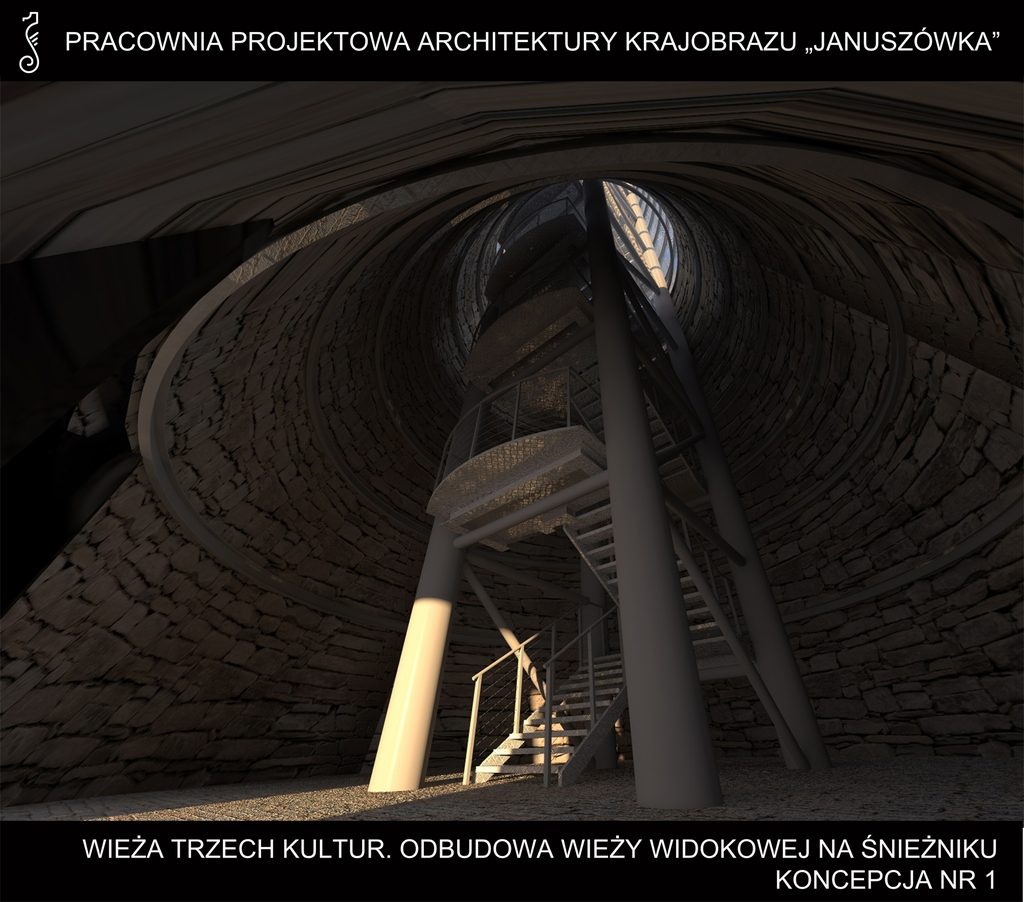 Authorities are set to announce the winning bid in the next couple of months.Gmina Stronie Śląskie

Almost immediately, locals began voicing their anger at the somewhat spurious decision to obliterate the building, and as early as 1979 competitions for its reconstruction were being held. But despite the determination to rebuild, plans to do so kept falling at the last hurdle.

Finally, seven years back a design for a new tower was agreed upon with the new 34-meter tower composed of a stone base reminiscent of the original and a steel and glass body. Detractors though were fast to emerge, likening the design to a blender. 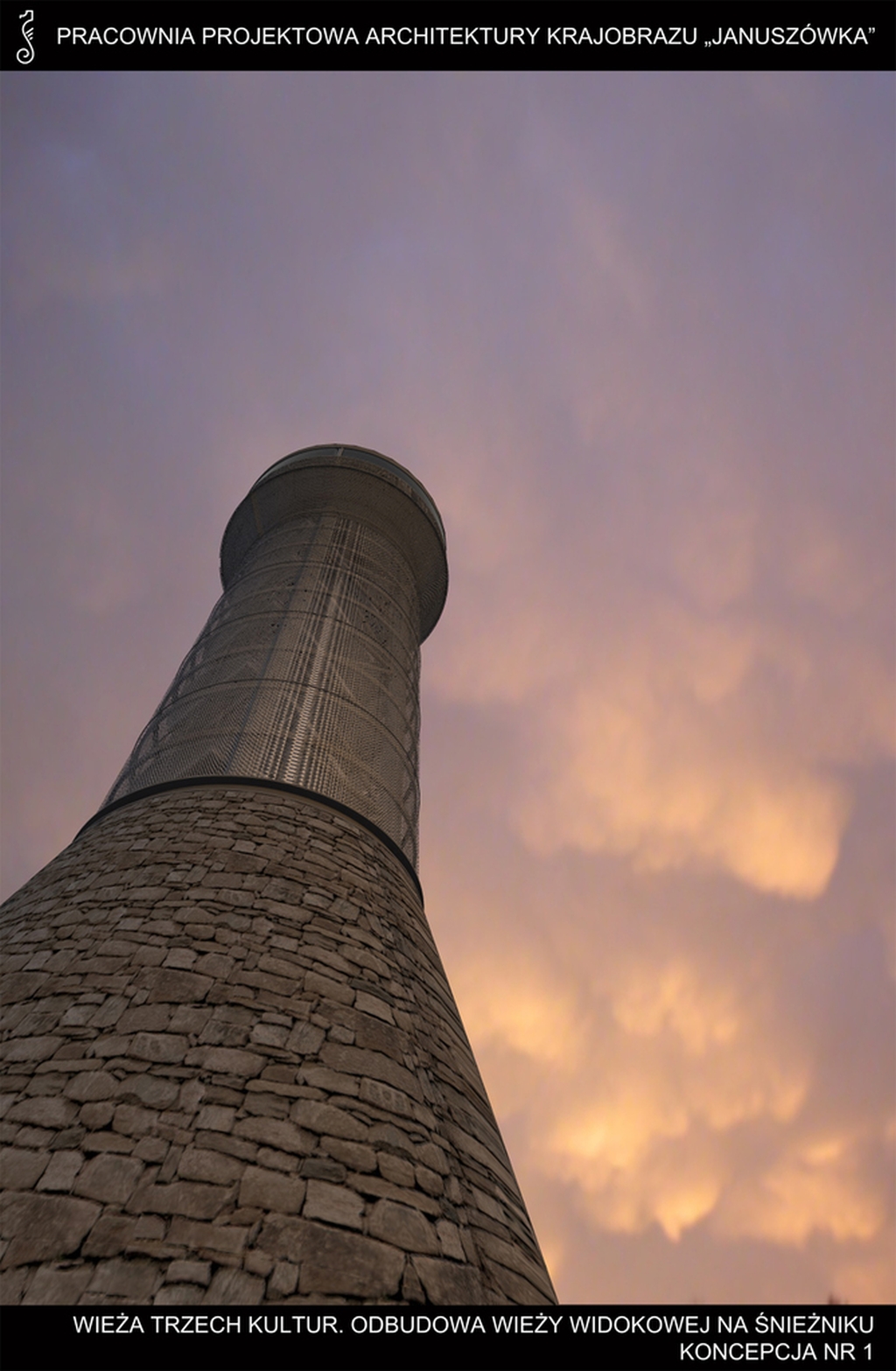 Hopes are high that Śnieżnik will once more be capped by an iconic tower befitting of the glorious views. Gmina Stronie Śląskie

As it transpired, architectural critics weren’t the only issue. A lack of funds prevented work from beginning as scheduled in 2016, and by the time the necessary financing had been secured the construction permit had expired.

Now, the long-running saga looks at last to be coming to an end after the latest tender process attracted eight potential contractors.

With the authorities set to announce the winning bid in the next couple of months, hopes are once again high that Śnieżnik will once more be capped by an iconic tower befitting of the glorious views.