Widely regarded as the most spectacular castle in Poland, an online exhibition has cast new light on the glories of Książ by presenting a host of colourized, previously unpublished images that demonstrate the full extent of the bastion’s pre-war splendour.

Titled ‘Książ Castle in Technicolour’, such is the importance of the photographs that have been gathered that they will be used as a reference point for any planned renovations that the castle might undergo. 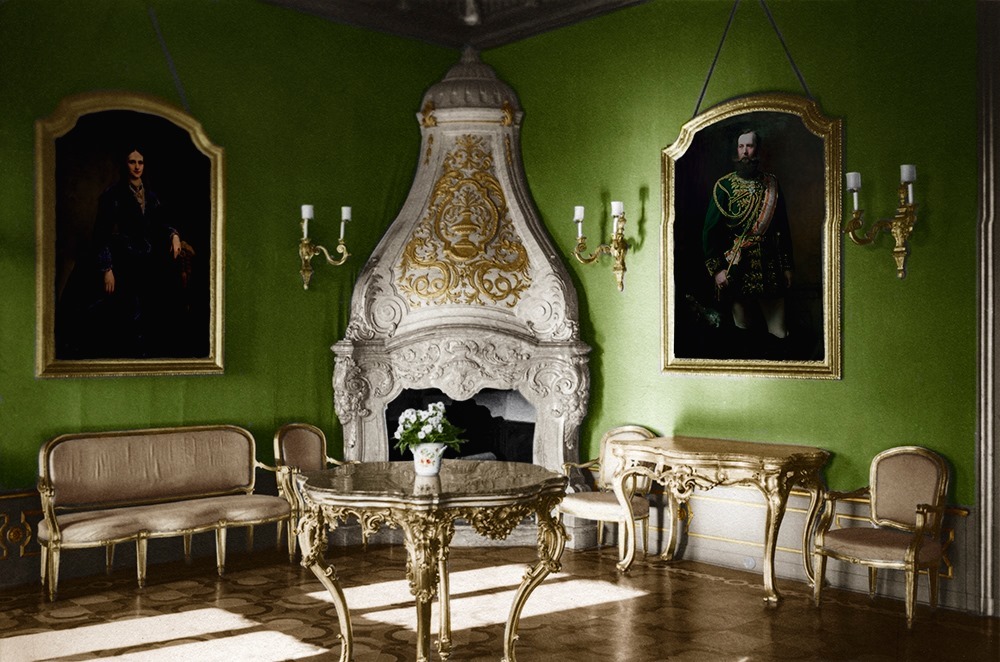 A total of 161 historical photographs will be displayed, 32 of which have been subjected to the colourization process.Zamek Książ w technikolorze

“One could consider them as a roadmap for our future investments regarding the restoration of parts of the castle that were destroyed during or right after the war,” says Matt Mykytyszyn, the curator of the exhibition and a long-time employee of Książ.

“By using colourized photographs we now have a legitimate source to guide us and ensure any upcoming restoration work is faithful to the original.”

To ensure accuracy, art historian Danuta Eysymontt was recruited to collaborate alongside colourist Mirosław Szponar and to provide guidance on such elements as the castle’s décor and architecture. 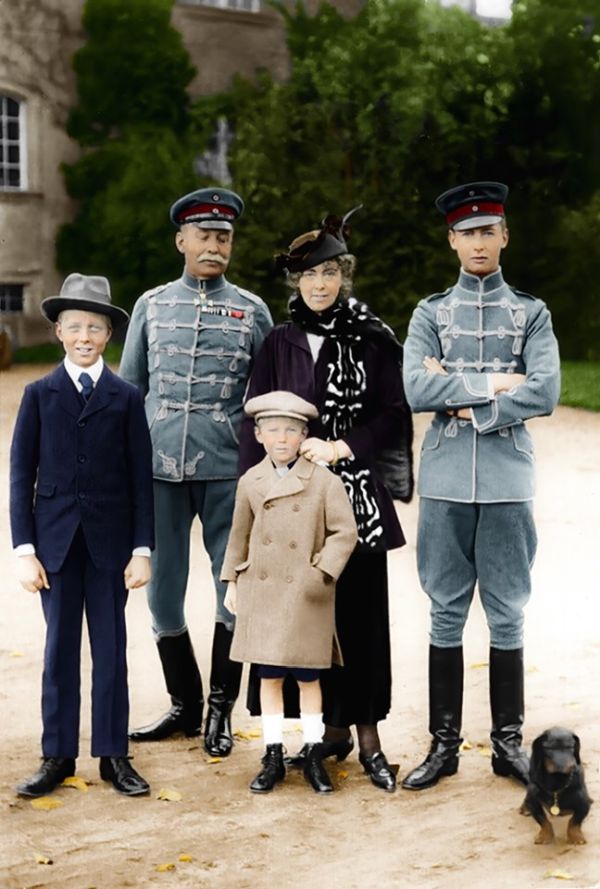 “Besides consulting an art historian, we also relied on information gleaned from research conducted by conservators,” says Mykytyszyn. “We’re confident that the colours are accurate.”

The achieved effect has been crucial in reaching a deeper understanding of the castle’s past. 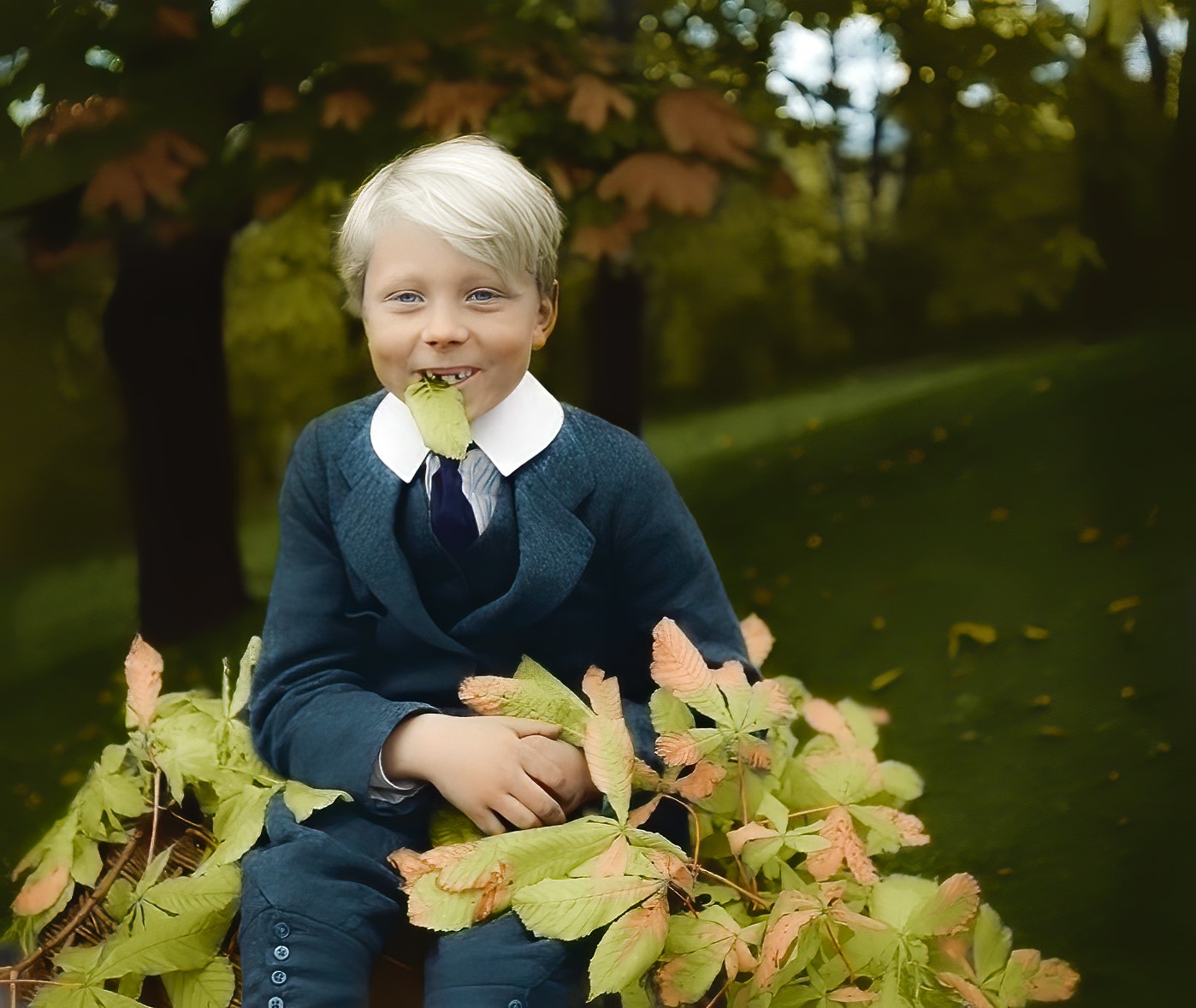 “By enlarging the images,” continues Mykytyszyn, “we’ve seen various details in a completely new light, whether that be how individual furnishings and paintings appeared, right down to finer embellishments like stucco details or wall panels.”

To keep with an aesthetic purposely intended to evoke the spirit of the inter-war years, the colourist, Mirosław Szponar, opted for a technicolour style to mimic those early days of colour.

“In the 1930s the magic of technicolour captured the world’s imagination and permanently changed the perception and functioning of the celluloid world,” says Mykytyszyn. “And it must be also remembered that cinema and theatre played a hugely important role in the princely family that lived in Książ in this era, as evidenced by the private cinema room and theatre in the castle.” 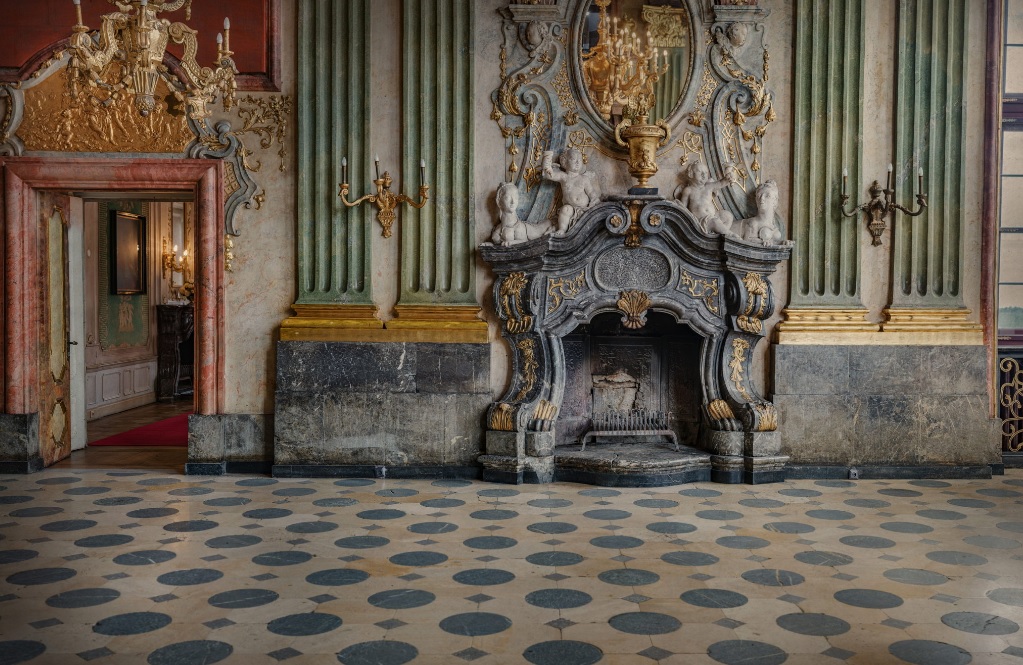 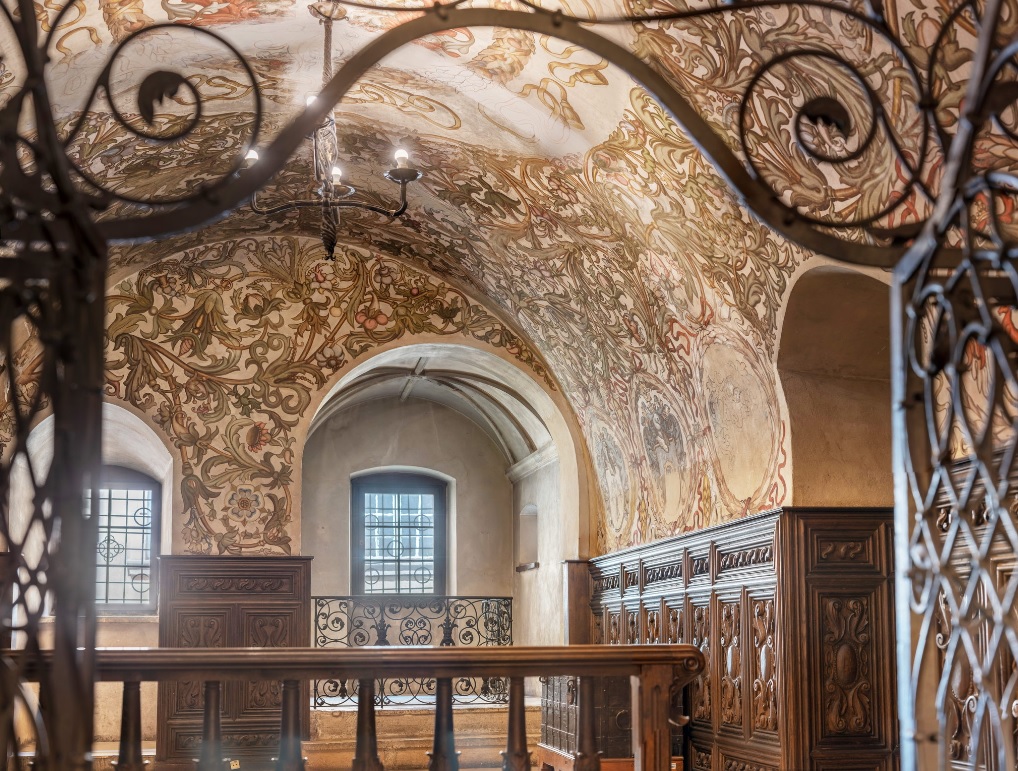 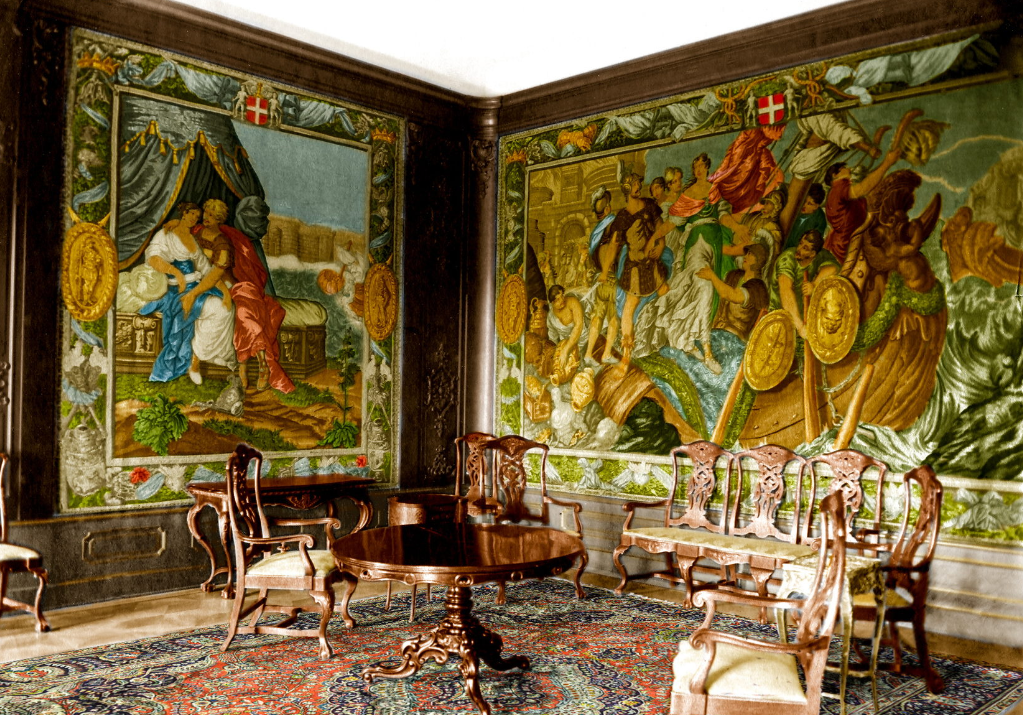 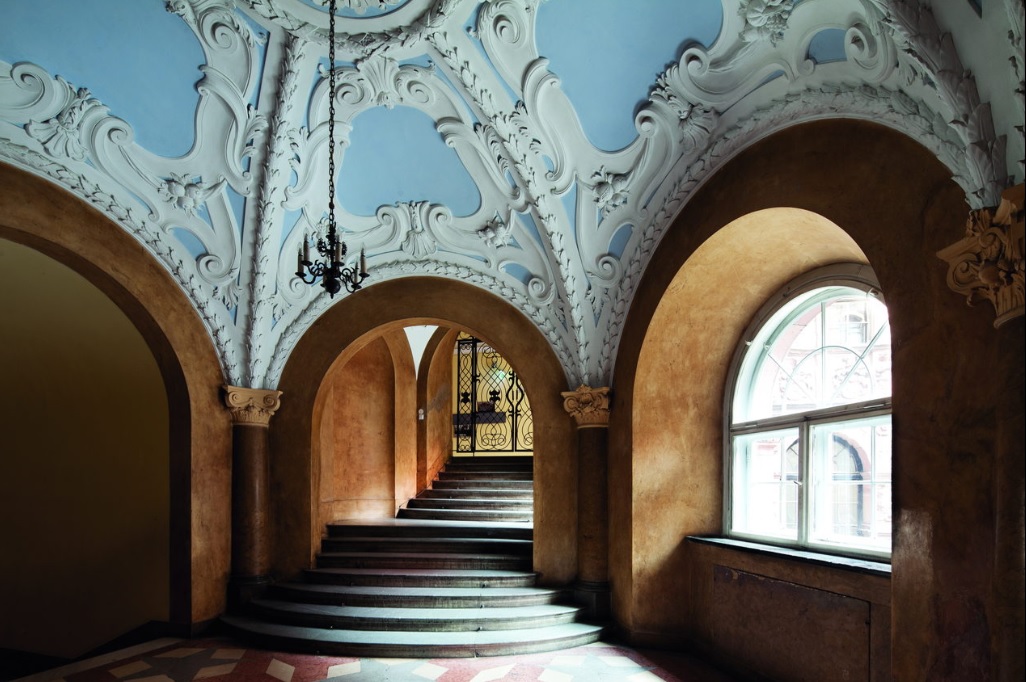 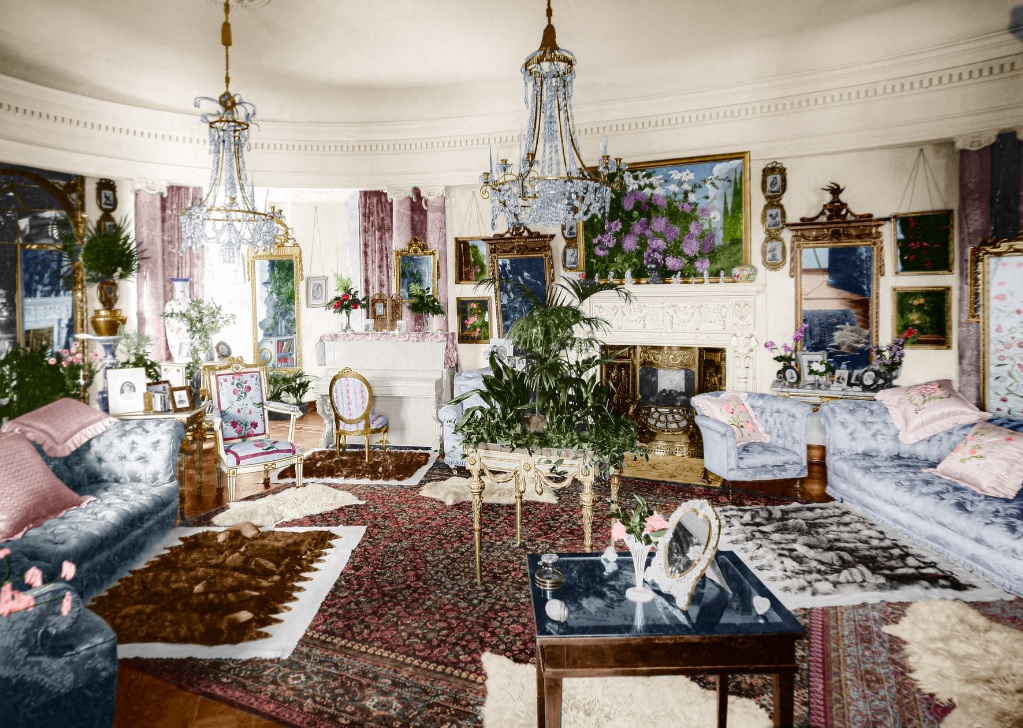 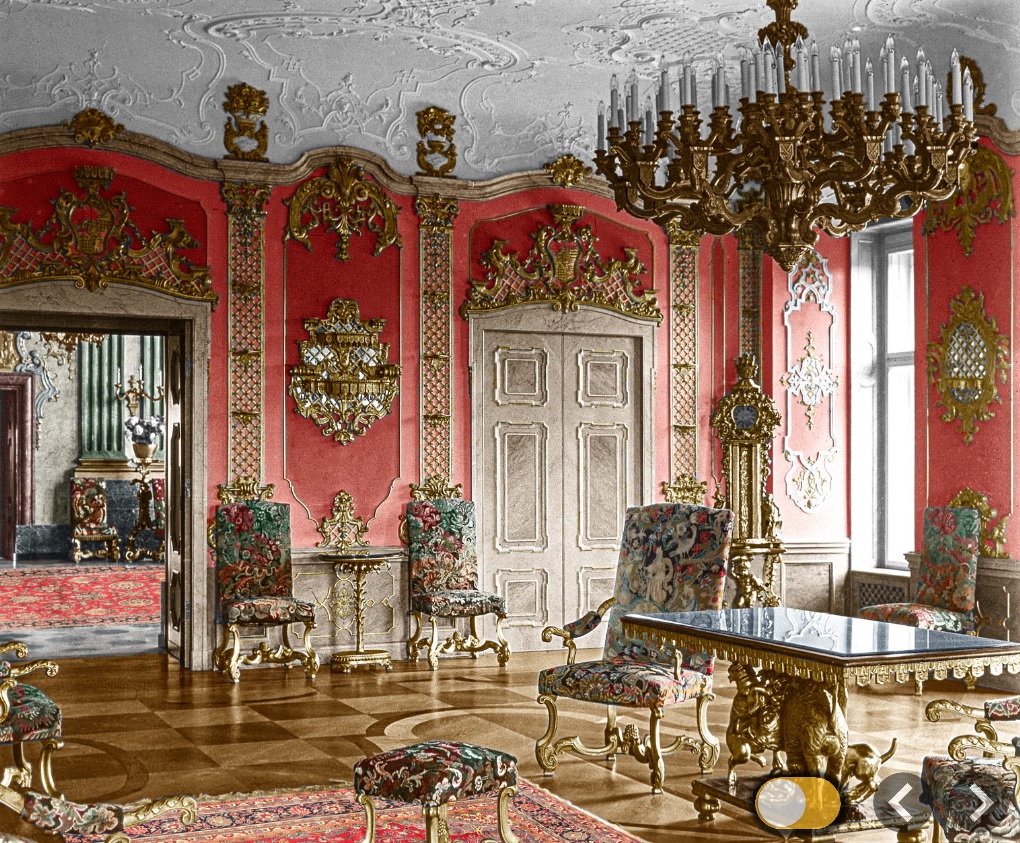 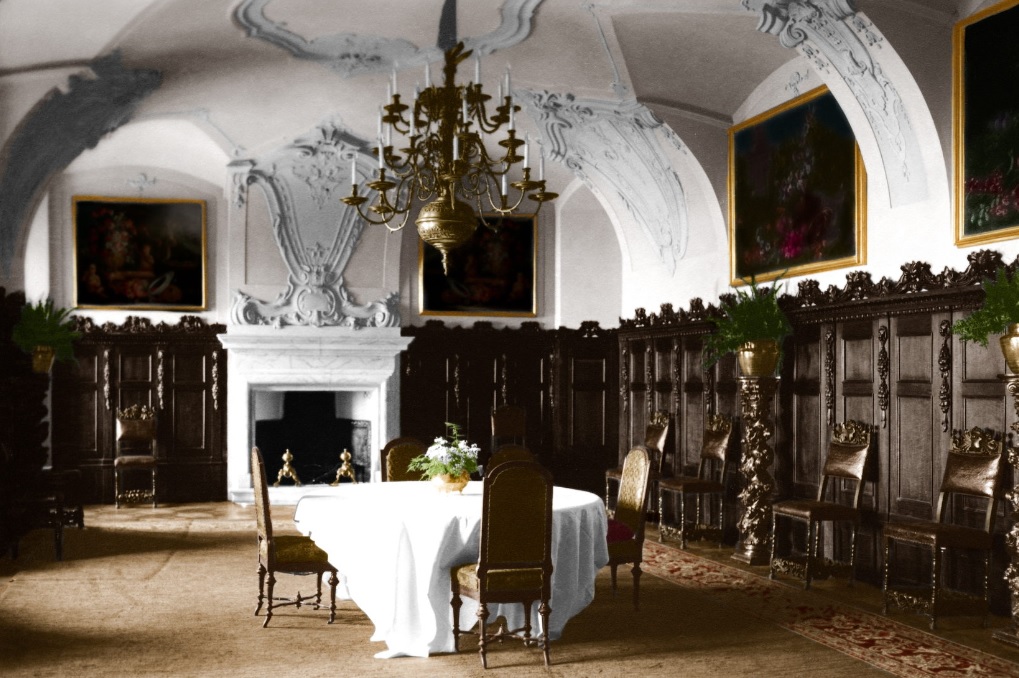 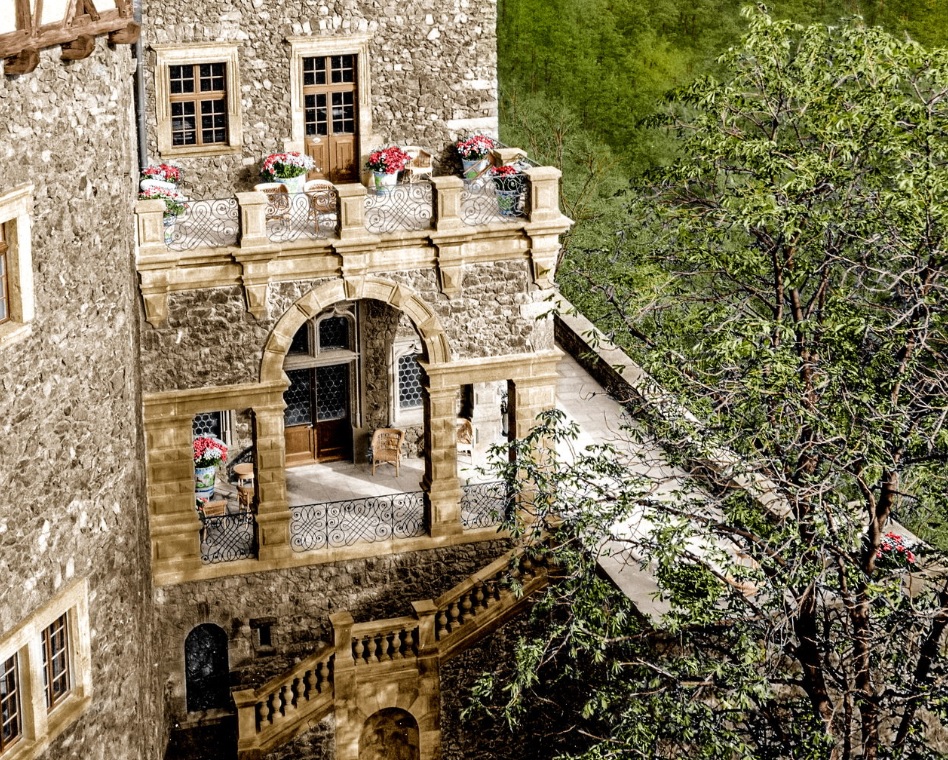 In all, a total of 161 historical photographs will be displayed, 32 of which have been subjected to the colourization process. Of these, visitors to the custom-built website will be able to view, for the first time ever in colour, different parts of the castle before it was remodelled by the Nazis, among them the living quarters of Daisy von Pless, the English princess that famously resided in the castle until 1940.

Hailing principally from two sources, many of the images were donated by Prince Bolko von Pless, the grandson of Daisy. 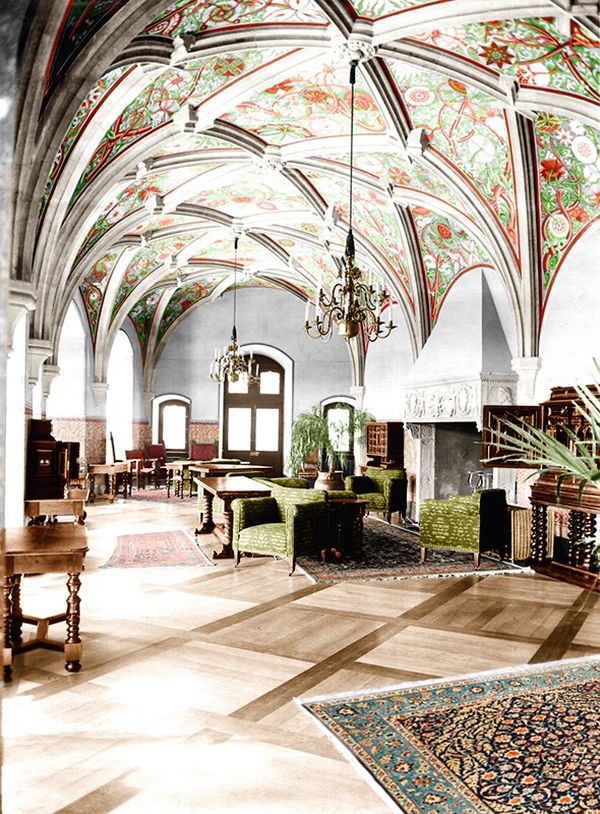 The detail captured in the photographs will help with any restoration work.Zamek Książ w technikolorze

“We have a very close relationship with him and his family,” says Mykytyszyn, “and they’re often kind enough to share or donate items from the family archive. Many of these pictures were part of Daisy’s private album so we’re delighted we can finally make them accessible to a wider audience.”

Largely shot by Louis Hardouin, a French cook that served as the castle’s head chef from 1909 to 1932, yet more images were donated by his granddaughter, Jean Wessel.

“Hardouin was working as a chef in London’s Autro-Hungarian embassy when the von Pless family first experienced his cooking,” explains Mykytyszyn. “They were so impressed by his classic gourmet food that they headhunted him to work for them in Książ. 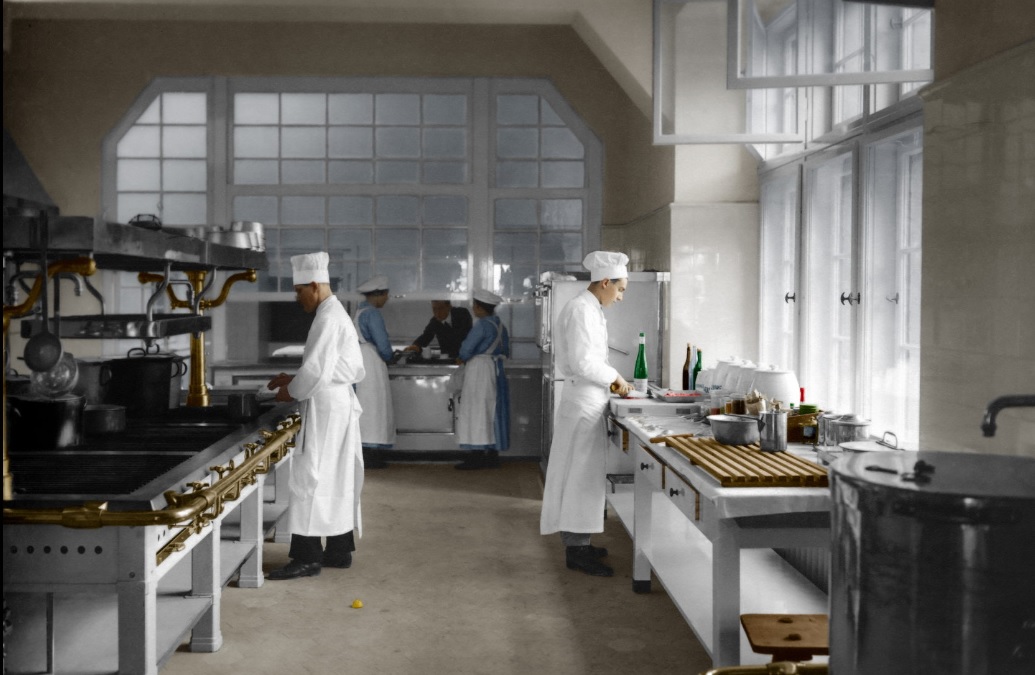 Many of the pictures were taken by Louis Hardouin, a Frenchman who served as the castle’s head chef from 1909 to 1932.Zamek Książ w technikolorze

“But beyond just being an extraordinary chef, he was also a keen and brilliant photographer, and his legacy is over one-thousand glass plates he shot depicting images of Książ and the surrounding area.”

Having tracked down the Frenchman’s granddaughter a few years back, Mykytyszyn was in for a surprise.

“She’s such a wonderful person,” he says, “that when we contacted her she had no hesitation in donating the wealth of images that Hardouin left behind.” 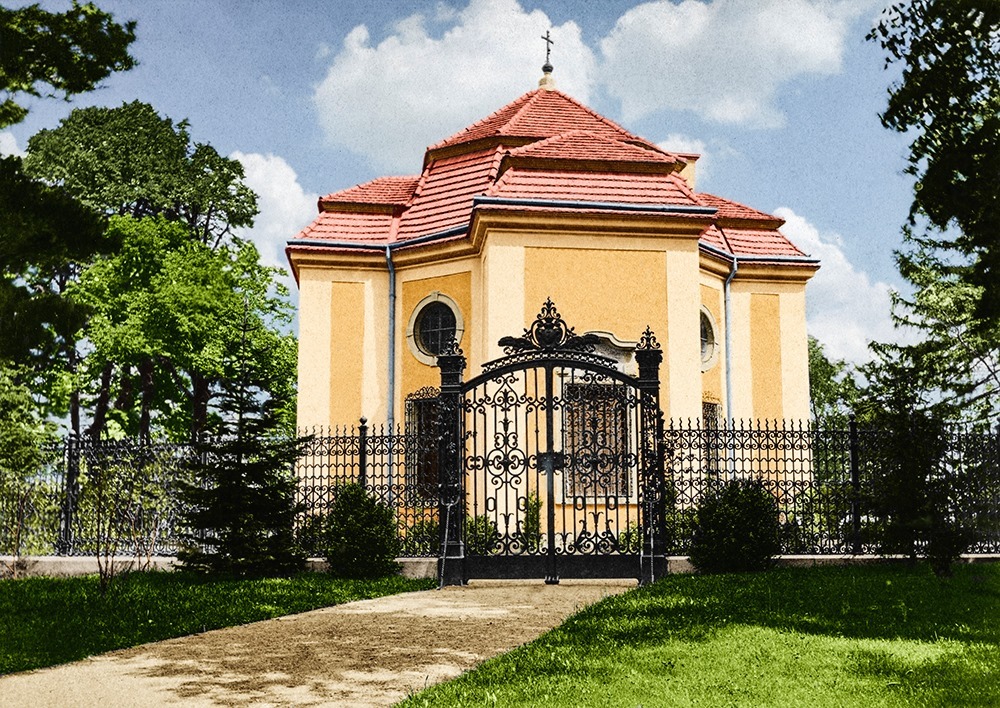 Although some of these have been viewed before – in particular, during a 2017 exhibition attended by Wessel herself – many others will be premiering for the first time ever.

“For me it’s the realization of a dream,” says Mykytyszyn. “Firstly, we now have a real solid foundation to work with when it comes to restoring the sections of the castle’s interior that were lost due its barbaric remodelling in 1944-45 and the period just after when the Red Army was stationed here.

“Secondly, by presenting the lost and enchanted beauty of Książ, we can indulge ourselves in the fantasy of time travel.”

Funded largely by the Ministry of Culture and National Heritage, the exhibition will be presented digitally as part of a wider national program called ‘Online Culture During Pandemic Times”. To view it, see: wtechnikolorze.ksiaz.walbrzych.pl