A letter written by a Dutch Jew in which he details the tragic murder of family members in the gas chambers of Sobibór has finally been delivered to its intended recipient, 75-years after it was written.

The letter was written on May 7, 1945 by Jules Schelvis and addressed to his cousin Karel Stroz. In the letter Schelvis writes that he is almost certain that his family is dead. 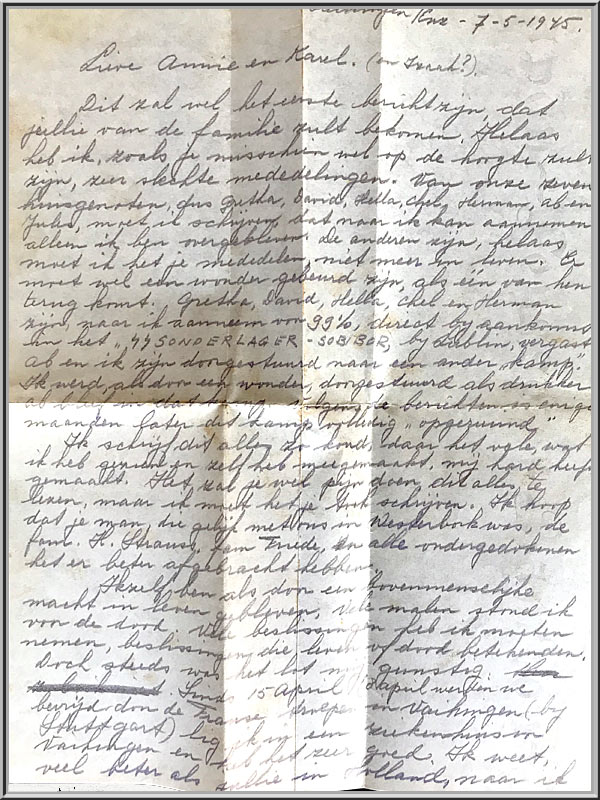 The letter is special because it is the earliest evidence from a Dutch survivor of the existence of the German-operated extermination camp at Sobibór.Verzetmuseum/Resistance Museum

"Gretha, David, Hella, Chel and Herman were, I am 99 percent sure, gassed immediately upon arrival at the SS Sonderlager Sobibor, near Lublin. It will be painful for you to read all of this, but I have to tell you nonetheless," Schelvis wrote in the letter.

"I write all this so coldly because the many things I have seen and experienced myself made me hard."

The letter is special because it is the earliest evidence from a Dutch survivor of the existence of the German-operated extermination camp at Sobibór. 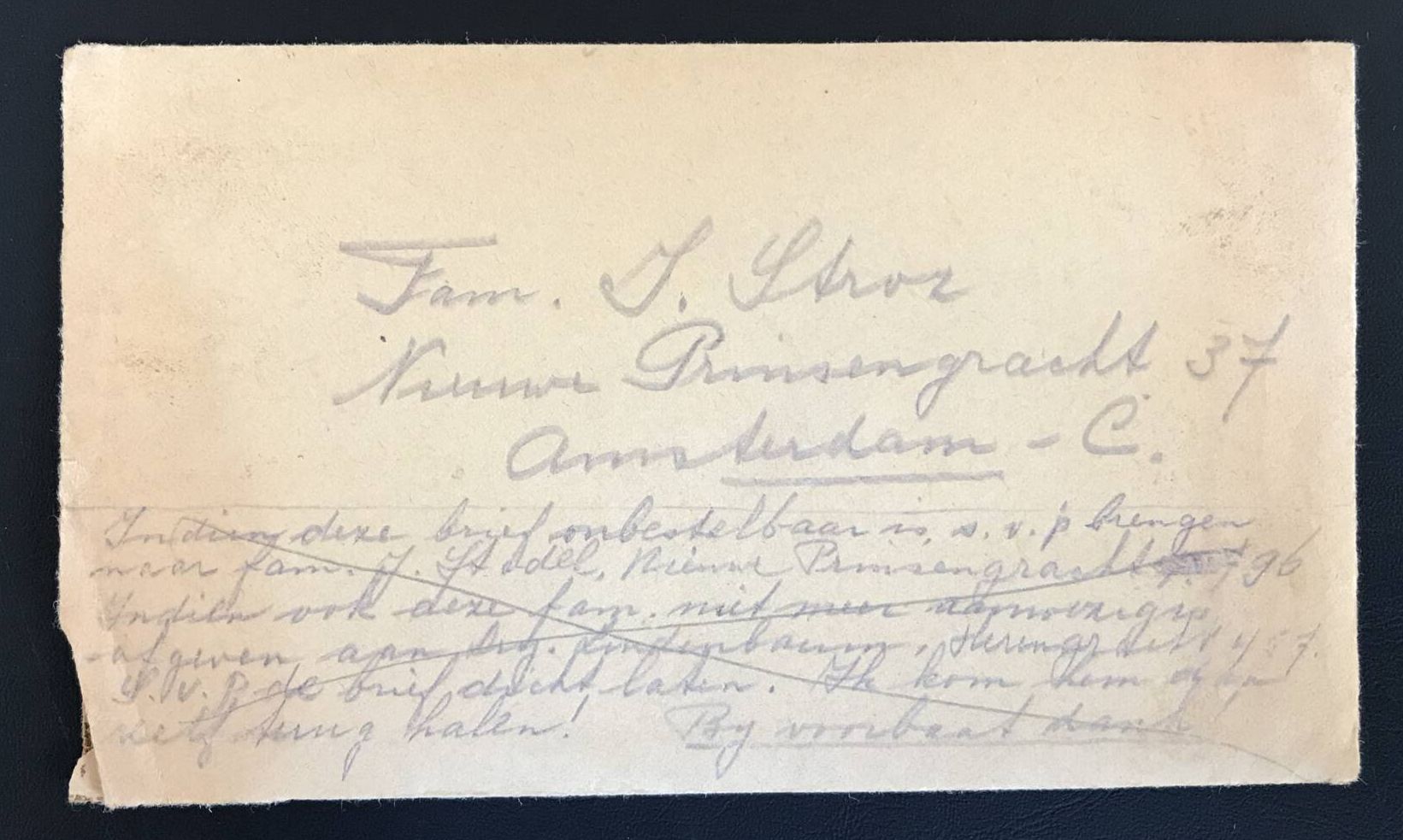 Unlike Auschwitz, nothing was known about Sobibór in the Netherlands at the time. The first time the name 'Sobibor' was mentioned in a Dutch newspaper was December 1945.

An estimated 34,000 from up to 250,000 predominantly Jewish victims murdered by the Germans at the extermination camp were from the Netherlands.

The unopened letter was bequeathed to Amsterdam's Resistance Museum and discovered by researcher Jos Sinnema. 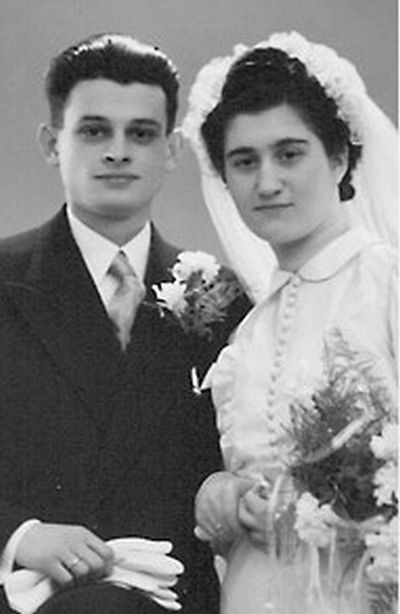 Jules Schelvis and his wife Rachel Borzykowski. The couple were arrested by the Germans in May 1943 in Amsterdam and deported East.holocaustresearchproject.org

"I fell off my chair," said Sinnema describing the moment he opened the letter.

“It is as if you were back in 1945, when the family should have read the letter. That grabs you by the throat. Everything written here is the naked truth.”

Sinnema delivered the letter on December 13th to Karel Stroz, who at the age of 90 still lives in Amsterdam. 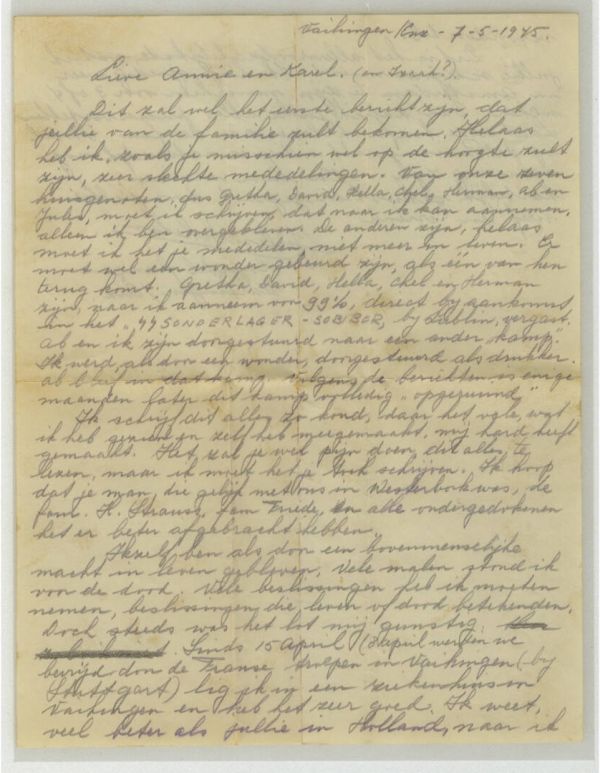 The letter was finally delivered on December 13th to 90-year-old Karel Stroz.Verzetmuseum/Resistance Museum

Sending a letter by post was not possible in the early days of the liberation. Schelvis gave the letter to Nico Staal, who had been liberated from Dachau and was on his way to the Netherlands on a Red Cross mission.

Having met Schelvis in a hospital in Vaihingen near Stuttgart, he wrote three addresses on the envelope, hoping that someone was still alive at one of them.

The first addressee on the envelope was the Stroz family in Amsterdam where his uncle, aunt and cousin Karel lived. 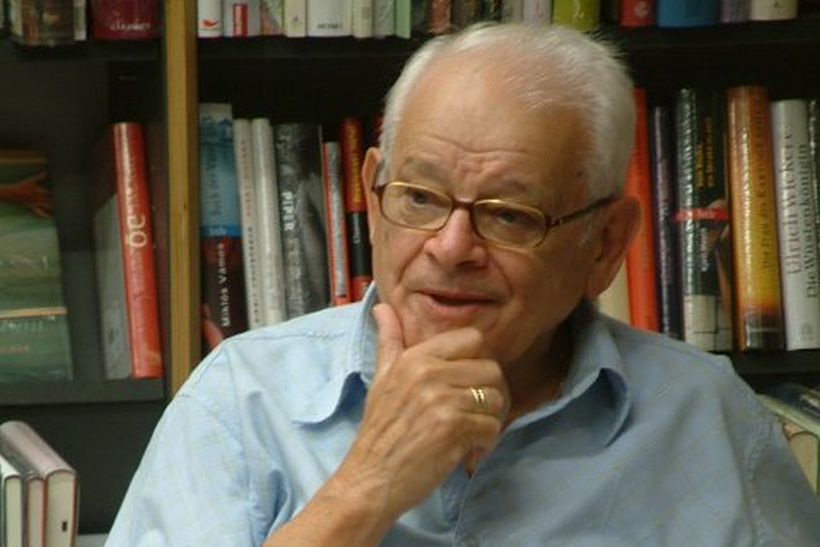 Schelvis died in 2016 at his home in Amstelveen, near Amsterdam.Wikipedia

Stroz said that it was likely that Staal had been unable to find him in the chaotic weeks after the war.

"There were no trams and people were in poor health. Staal would have had to walk a very long way to deliver the letter."

Schelvis was one of just 18 Dutch Jews to survive Sobibór, which the Germans destroyed in 1943 following a prisoner uprising. 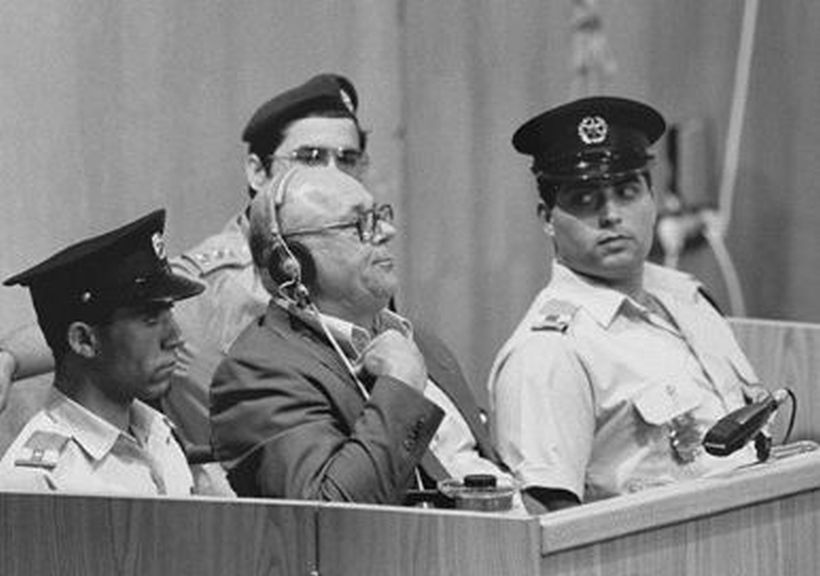 Schelvis gave evidence against former guard John Demjaniuk, who was accused of being an accessory in the murder 27,900 Jews in Sobibór.Israel Government Press Office

He was arrested aged 22 by the Germans in May 1943 in Amsterdam and deported with his wife Rachel Borzykowski, the daughter of Polish immigrants, and the rest of his family via the Dutch Westerbork transit camp.

Schelvis only spent a few hours at Sobibór as he was selected to work at a camp in Dorohucz. Out of a total transport of 3,000 people, only 81 men were selected for work. The rest, including his wife and family, were murdered in a gas chamber.

At Dorohucz, Polish and Dutch Jews were forced to work in abominable conditions building large farming estates for Generalplan Ost. 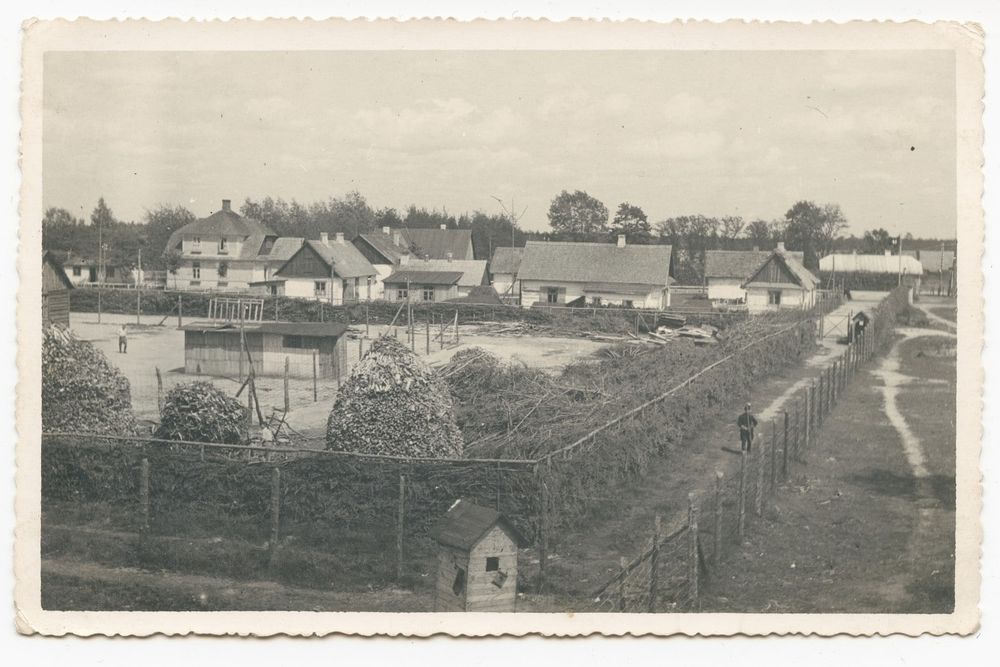 An estimated 34,000 from up to 250,000 predominantly Jewish victims murdered by the Germans at the extermination camp were from the Netherlands.United States Holocaust Memorial Museum

Schelvis was later sent to Lublin airfield camp, where he was forced to build barracks. From there, he was transferred to the Radom Ghetto, where he was tasked with reassembling a printing press which had been disassembled for transport from Warsaw.

With the Red Army approaching, Schelvis was sent on a death march to Tomaszów Mazowiecki. From there he eventually reached Vaihingen near Stuttgart, where he was liberated by the French army on 8 April 1945.

He wrote about his experiences from Sobibór and other concentration camps in his book ‘Sobibór. A History of a Nazi Death Camp’ published in 1993 in the Netherlands. 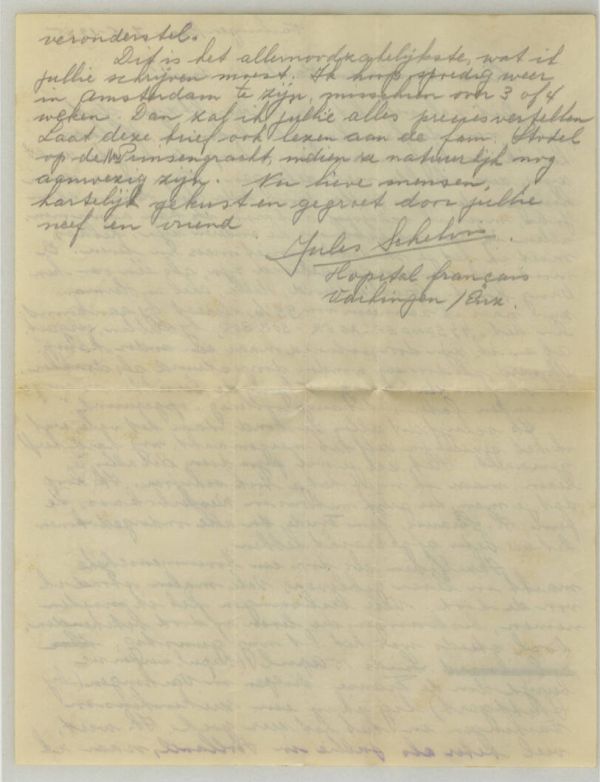 Sending a letter by post was not possible in the early days of the liberation so Schelvis gave the letter to Nico Staal.Verzetmuseum/Resistance Museum

In 2011, Schelvis gave evidence in a court in Munich against John Demjaniuk, who was accused of being an accessory in the murder 27,900 Jews in Sobibór, where he served as a guard in 1943. He was sentenced to five years in prison but died in 2012.

On the 70th anniversary of the Sobibór prisoner uprising, Bronisław Komorowski awarded Schelvis the Officer's Cross of the Order of Merit of the Republic of Poland. Schelvis died in 2016 at his home in Amstelveen, near Amsterdam.

Lies about Polish responsibility for Holocaust threat to national security