A photography enthusiast is sending the internet wild with his stunning pictures of outer space.

Graphic designer Adam Jesionkiewicz flits between the plains of Africa and his mum’s house just outside the Polish capital, Warsaw, to capture the night time sky.

In one amazing photo taken from his parent’s garden where he built his own observatory, the 45-year-old snapped Andromeda, our neighbouring galaxy located 2.5 million light years away, with such stunning clarity that cosmic gases can be seen. 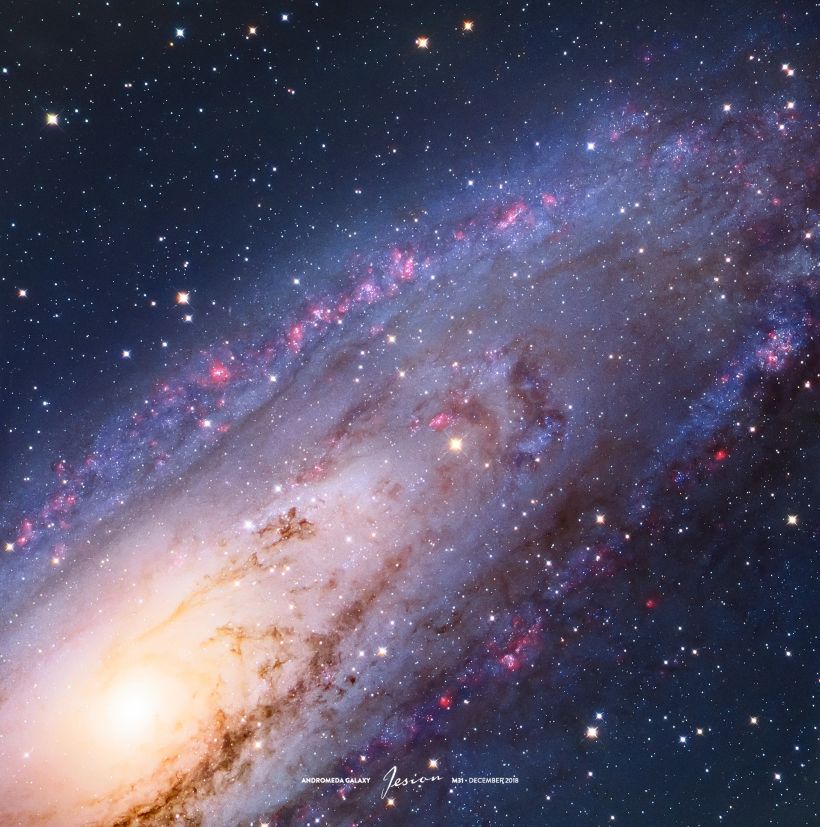 A slice of the Andromeda Galaxy, which is located 2.5 million light years away from our own Milky Way. Because of the distance of the galaxy and the time taken for the light to hit the camera, this photo actually looks 2.5 million years into the past.Adam Jesionkiewicz

Another taken in South Africa and named The creation of the Cosmos, shows two swirling nebula as they appear to fight for dominance.

Now, what started off as a hobby 15 years ago, last month turned into a fulltime business.

Jesionkiewicz told TFN: “I just had some time and somehow I decided to delve into the old passion - discovering the charms of the night sky. 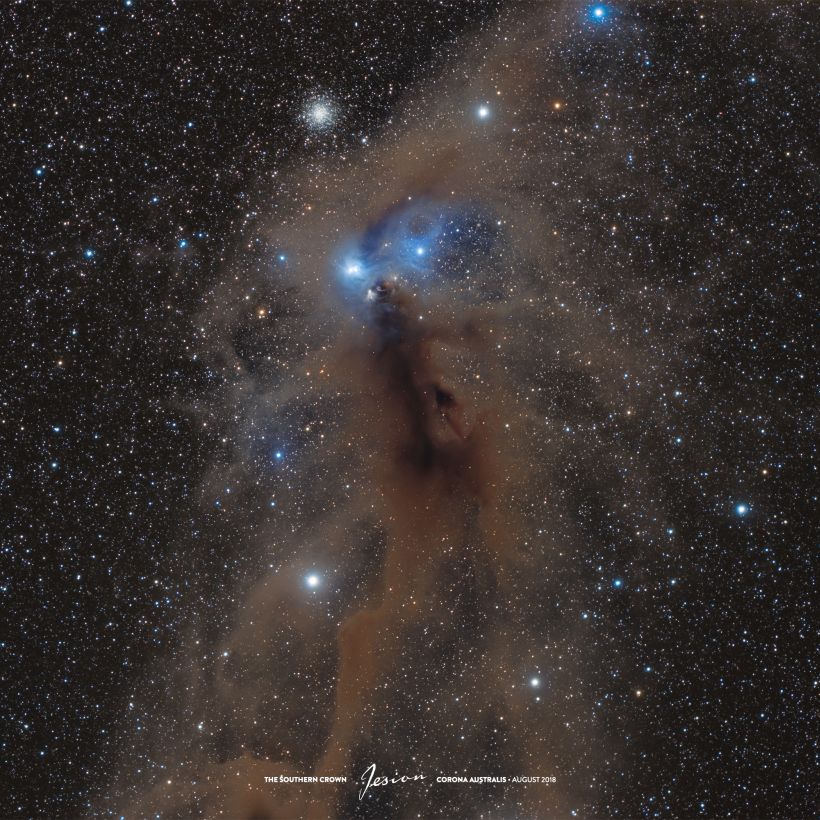 Corona Australis means 'Southern Crown' in Latin. Ancient Greeks saw Corona Australis as a wreath rather than a crown and associated it with Sagittarius. Other cultures have found resemblance to a turtle, ostrich nest, or a tent.Adam Jesionkiewicz

“Since I remember, I have always loved to lie down on a blanket at night and literally float away in the face of the dazzling majesty of the cosmos.”

But he added: “Astrophotography had never had commercial value for me. On the contrary, I have never even considered such a path.” 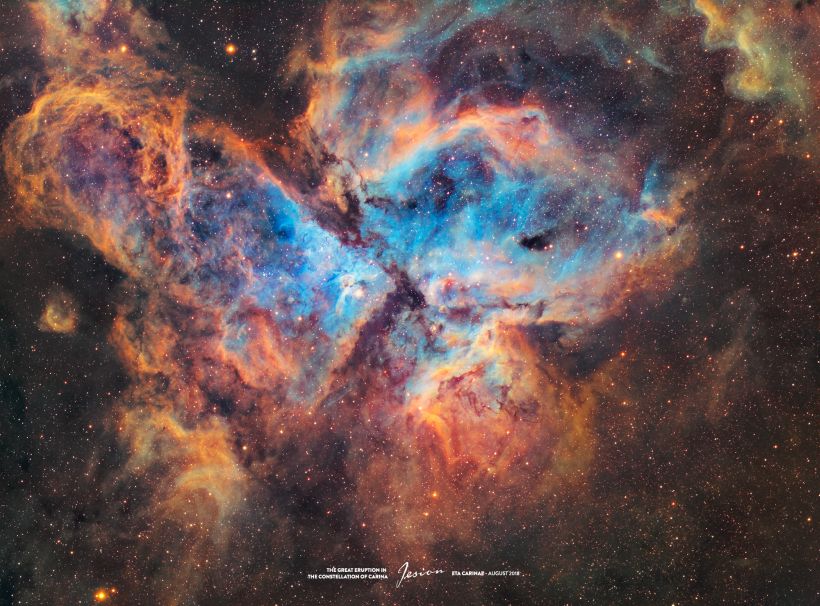 The Great Eruption in the constellation of Carina is one of the largest diffuse nebulae in our skies. It is four times bigger and brighter than the famous Orion Nebula. However, the Carina Nebula is much less well known due to its location in the southern sky.Adam Jesionkiewicz

However, after posting his photos on social media and after a steady trickle of photo sale requests from online fans and close friends, the entrepreneur, who already owns two businesses and has sold another, saw an opportunity. 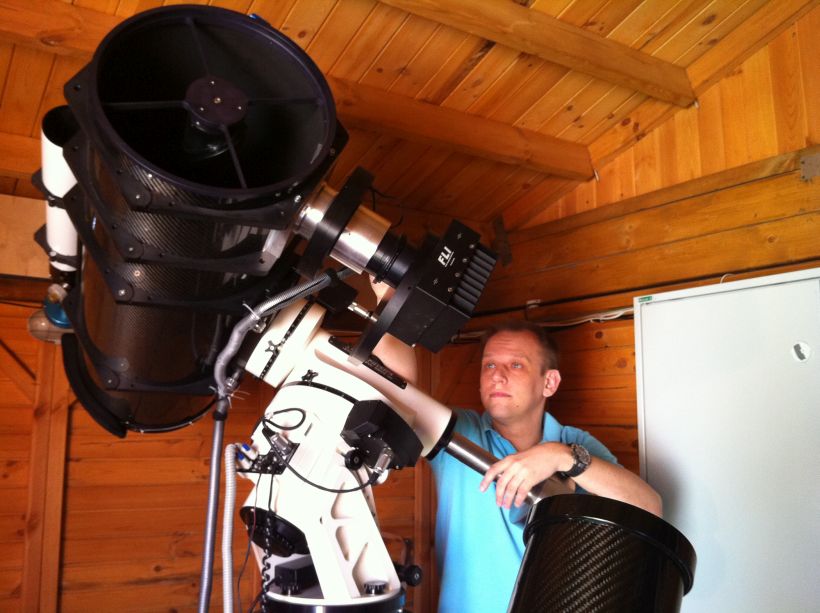 Pictured: Jesionkiewicz in his observatory near Warsaw. It took him 5 years to build and he completed it entirely by himself. The photographic telescope weighs around 200 KG.Adam Jesionkiewicz

He said: “Surprisingly, I started to receive many messages with questions: ‘Where can I see an exhibition of your photos’, ‘How can I buy your photos?’.

“At the same time I met with my friend, who is the president of a company dealing with photo printing for the mass market, and he also said that this is a good idea and I should not leave the photos on a disk.

“I began to imagine the future, how life would be centered around my passion – selling my photos.

“Well, this appealed to me very much. Who would not like to live like that? So, I decided to begin this journey and see what is happening with it.” 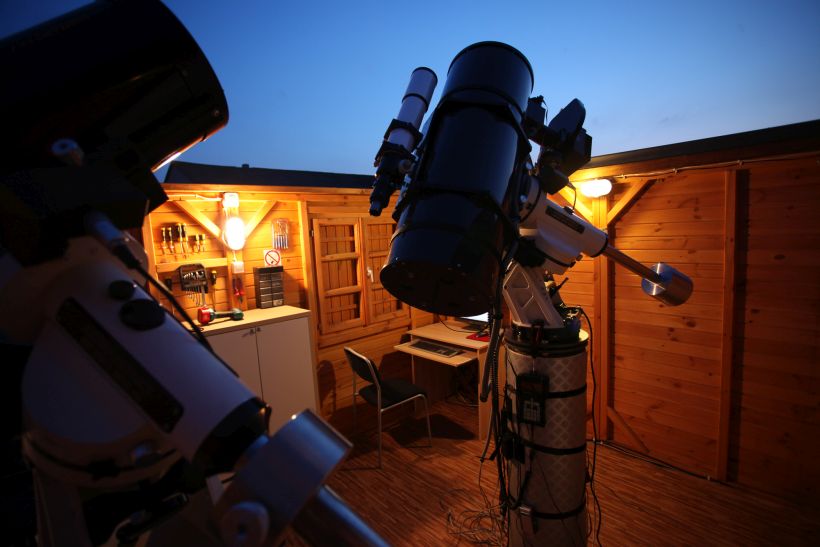 The observatory is automated and even has a cloud sensor and a retractable roof. When it begins to get cloudy, and rain threatens to fall, the sensor closes the roof so the telescope is kept dry.Adam Jesionkiewicz

It paid off and with no marketing or paid promotion, buyers began snapping up his pics for as much as 465 EUR each.

Since the launch of his business astrography.pl last month, Jesionkiewicz’s deep space explorations have catapulted him into the limelight, catching the attention of the likes of Business Insider and Onet. 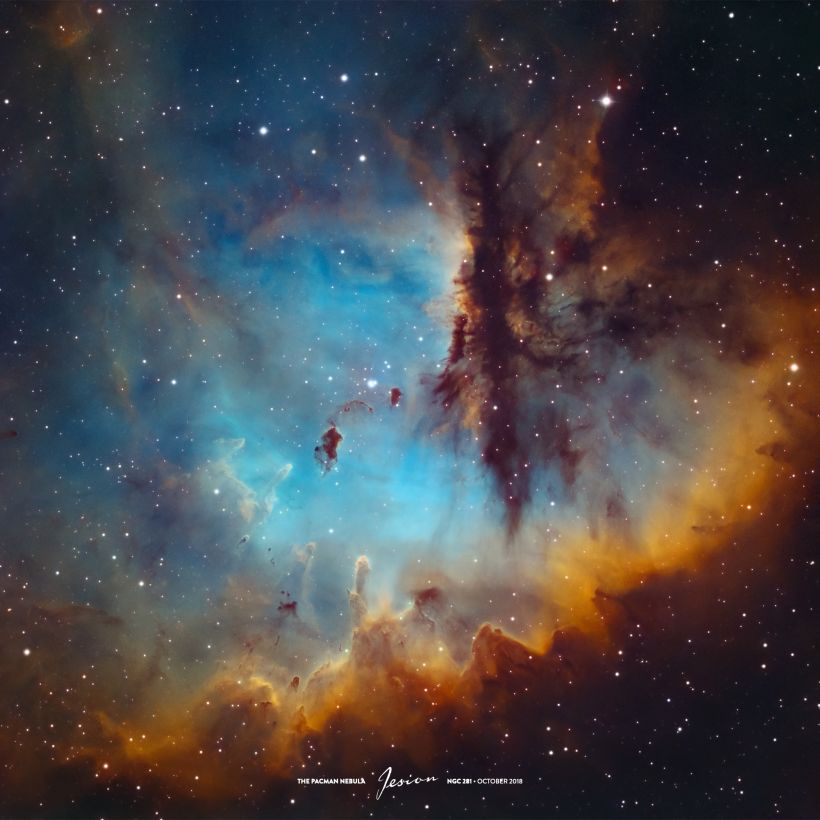 "Many would question the fact that I took this picture in Poland," says Astrophotographer Adam in a recent interview. He told TFN when people look at this photo he'd like them to "stop chasing thoughts and problems for a moment. Space gives a sense of scale and places us, people, as a tiny, completely unimportant buckthorn in the vastness of its size."  Adam Jesionkiewicz

The most popular purchase to date is his Creation of the Cosmos which produced sales of over 4,500 EUR in just a few weeks.

Now, focusing on scaling his business more to include comic shots from other artists, Jesionkiewicz is planning another trip to Africa later in the year and is hoping to fulfil his next dream of setting up an observatory in Chile. 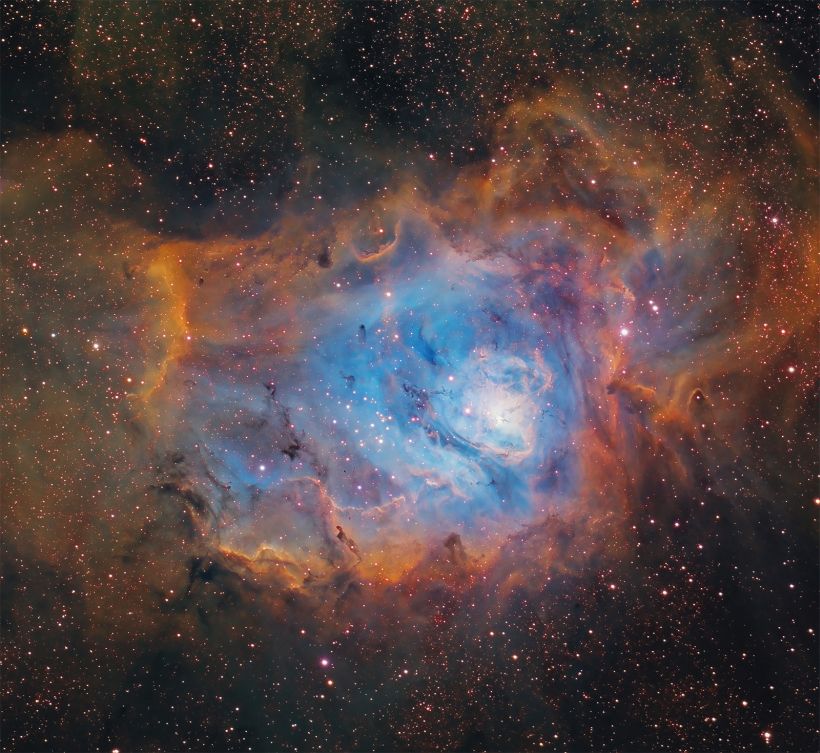 Taken in Africa, the Lagoon Nebula is a giant interstellar cloud in the constellation Sagittarius and is around 4,000 light years away from us.Adam Jesionkiewicz

He told TFN: “I think that every photo of the cosmos is wonderful and precious.

“Potentially each one of them can show something mysterious, whether it's a new variable star, supernova, asteroid, exoplanetary transit, or maybe something that we do not know yet.”

KGB spy base, mafia nightclub, secret tunnels… what is really going on in this quiet Warsaw suburb?

Bristling with security cameras and surrounded by a solid steel and marble fence with barbed wire, Sobieskiego 100 is just one of several buildings that is occupied by Russia following agreements signed between the People's Republic of Poland and the Soviet Union in the 1970s.

The Debrief
Covid rocks world of arts and culture