Space Oddity: Scientists spend weeks in Mars base simulator – and it’s in Piła

Testing if maggots can breed without gravity is one of the tasks scientists chosen to live in the Mars-like environment are required to carry out.

It sounds like an extreme reality TV show. A group of strangers isolated in a constricted space, dealing with communication breakdowns, fatal accidents and the death of crewmates. At the same time they are given tasks, which in this case is conducting experiments crucial to the long term exploration and colonization of distant planets.

This is no TV show though, but it is real. For this is the life of analogue astronauts (scientists) at the Lunares base in Piła, western Poland. 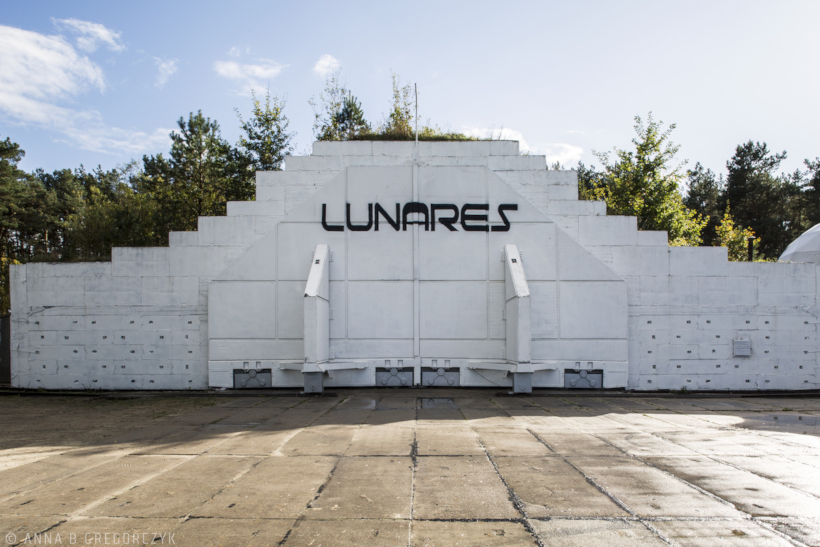 Hangar of the Lunares habitat. Cosmos begins behind these doors
(Anna B. Gregorczyk)

The Lunares habitat is a unique research centre - a simulated space base which imitates the environment on Mars and the Moon. Following the success of 3 missions in 2017, the base has now recruited its latest scientists.

Chosen through an open call and asked to fill out an online CV which includes questions such as whether they want to be an astronaut, investigator or work in mission control, the candidates are offered the opportunity to carry out their own experiments and act as guinea pigs for a larger research project. 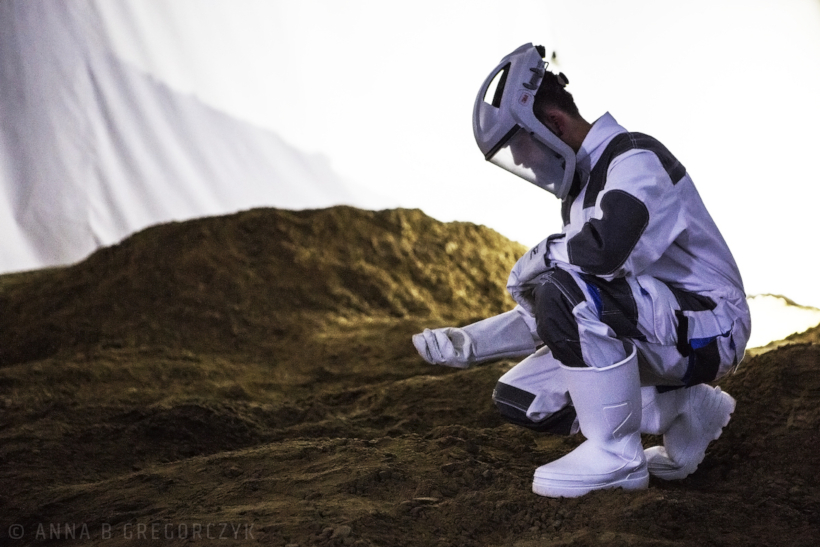 Collecting samples on the ‘Moon’, during the Lunar Expedition 1 in August 2017
(Anna B. Gregorczyk)

During the mission, by keeping the analogue astronauts under close supervision, the organizers are testing their behaviour in contained space and examining the human interactions under duress, such as the fake death of a crewmate.

Located in a former military airfield, the Lunares habitat consists of several modules arranged in a semi-circle and covered by a dome. The scientists have at their disposal the biological and analytical laboratories, an office, a sleeping module, a kitchen, a bathroom and a gym. The exit doors lead to a hangar’s interior, which mimics the surface of Mars. The analogue astronauts use it for EVA practice – mock extra-vehicular activates or simply spacewalks. 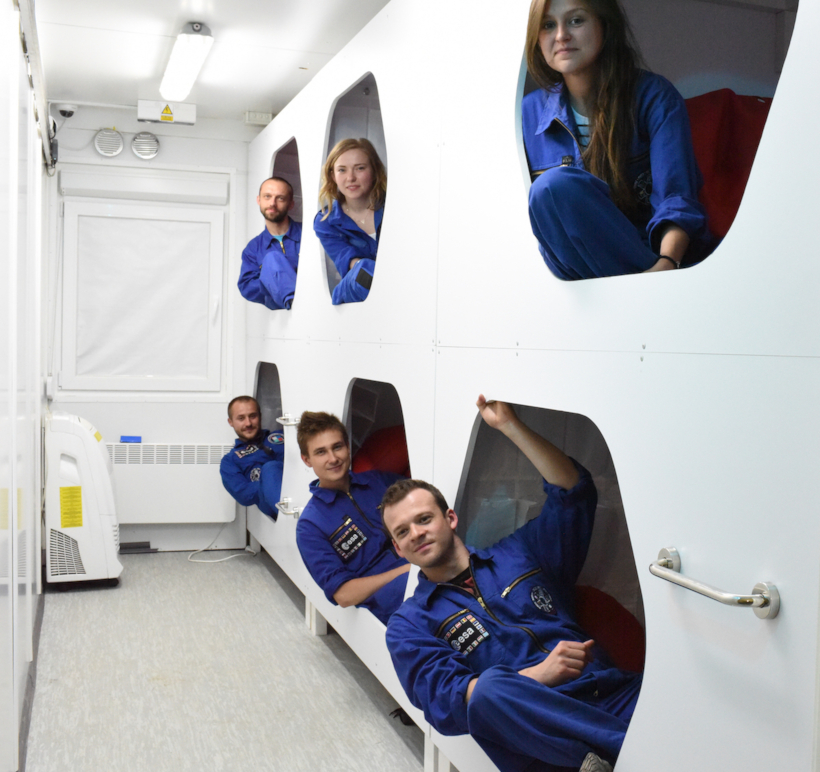 Lunar Expedition 1 crew in their sleeping quarters
(Anna B. Gregorczyk)

The last assignment conducted in Lunares on October 8-22, 2017 was called ICAres – 1 (Innovative Concepts Ares). The analogue astronauts were put in an environment which quickly reminded them of what Apollo mission astronauts often repeat, that space flights were never safe, never easy, never routine. With daily tasks assigned by external command centre, the analogue astronauts needed to get used to 20 minutes delays in communication (that’s how long a message needs to reach the Red Planet) and adapt their daily routines to Sols – solar Mars days, which last about 24 hours and 40 minutes.

Marcin Kaczmarzyk, a structural material scientist, was tasked with recording the daily struggles of the German-Polish-French crew in the ICAres-1 analogue Mars mission log. Apart from documenting their progress, he conducted his own research and managed to overcome the limitations posed by his blindness and one arm. His participation in the mission led to the establishment of routines for disabled astronauts or in case one is injured in space. 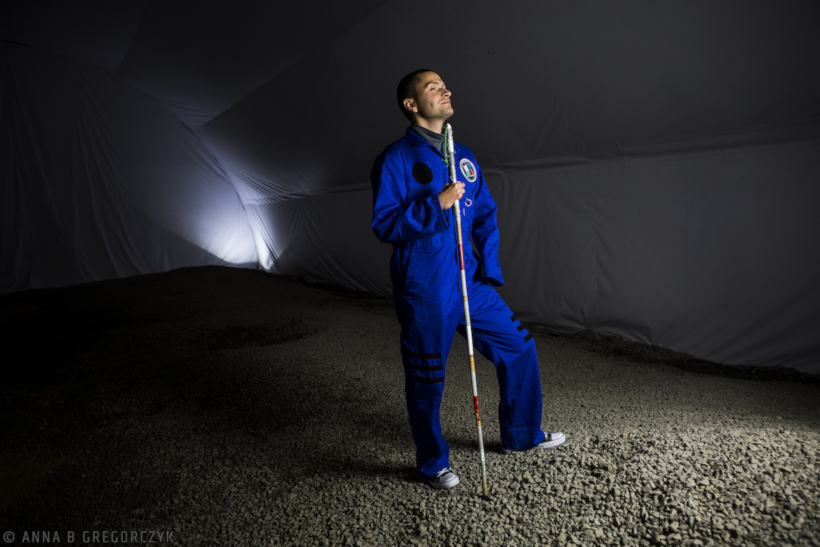 Marcin Kaczmarzyk, blind and disabled analogue astronaut, proving that there are no limits in space
(Anna B. Gregorczyk)

Another challenge for prolonged missions is the cultivation of plants and animals, which can be used for anything from nutrition to medicine. Zuzanna Sobiak, the Chief Medical Officer said: “We’re trying to create a little ecosystem and see if it works (…). That’s why we also try with herbs, so we can have some greenery to eat. We try with those little animals, fortunately we do not have to eat them, but who knows… yet. So we try to see if it would work somewhere in space, let’s say on Mars.” 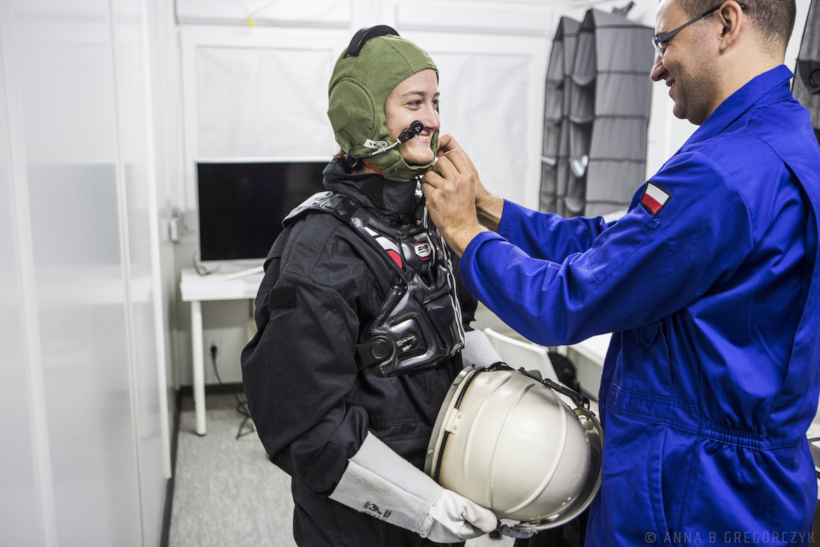 Christiane Heinicke, ICAres-1 commander, suiting up for an EVA (extra-vehicular activity). The 3-layer space suit, with armour included, takes 40 minutes to put on
(Anna B. Gregorczyk)

The little animals Sobiak is referring to are leeches, maggots and earthworms. The scientists are checking, if it is feasible to breed them in space. “That is a special device that is creating microgravity and it’s spinning in all directions, that’s why these maggots do not have the feeling of gravity, it provides zero-g force”, she said. “In that way we can compare how they are doing in comparison with the ones that are (…) experiencing normal gravity force,” Sobiak added.

Kaczmarzyk added some insight into the social experiment conducted on the crew. All of them were equipped with special badges on Day One. “What exactly do the badges do? Well, they monitor our positions in the habitat and can record our voices. They don’t really record what we say, because that would be a violation of privacy, but they can recognize whether one speaks, listens to music and whether two people are speaking together or is there a silence. It can also monitor your activity (…). This whole experiment is intended to check general social behaviours between crewmates,” he said. 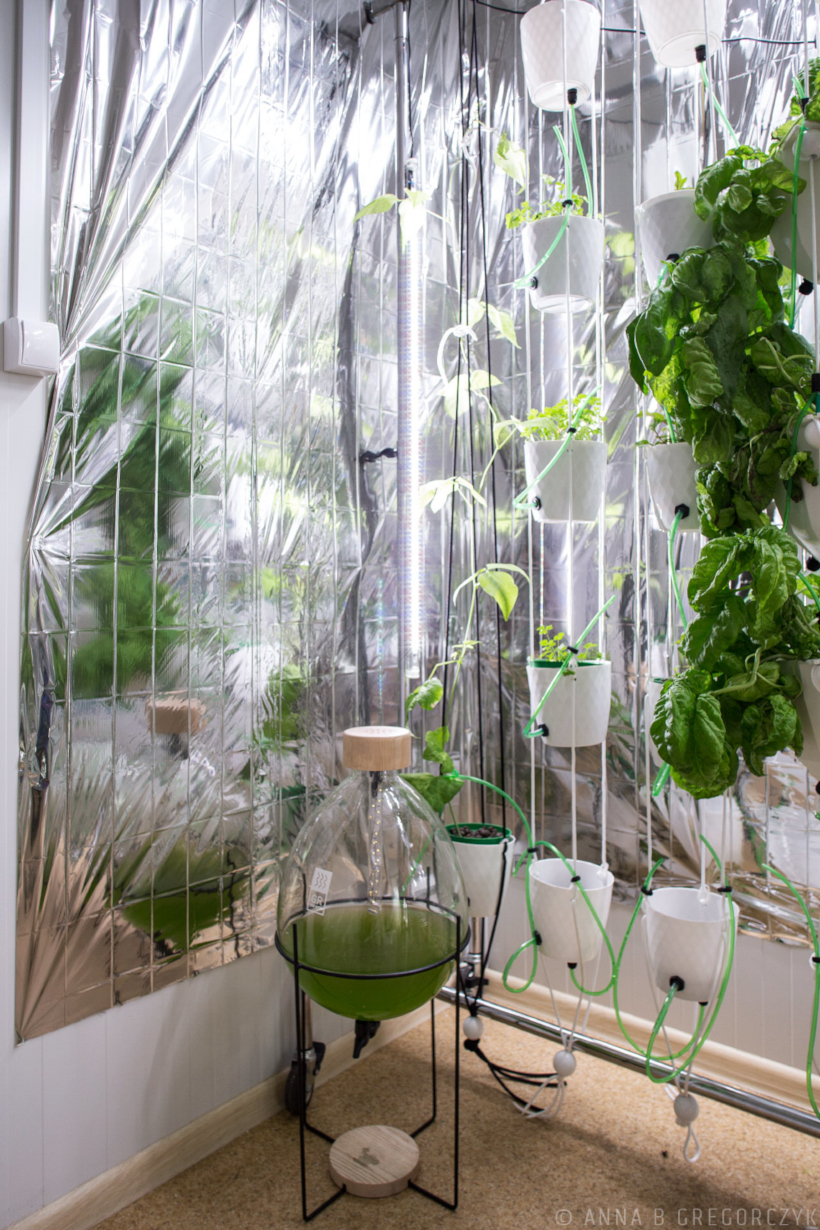 Space garden at the Lunares habitat
(Anna B. Gregorczyk)

In 2018, the Lunares habitat will expand their pursuits with commercial ones. "We noticed last year that the activities carried out in our Piła base could be an interesting offer for the business world. That is why we are preparing a training program to complement the basic, research part of our venture", explained Damian Fabich, one of the base managers.