A futuristic tunnel resembling the inside of a spacestation has been built under Warsaw, as part of a rapidly-growing business district in the west of the city. 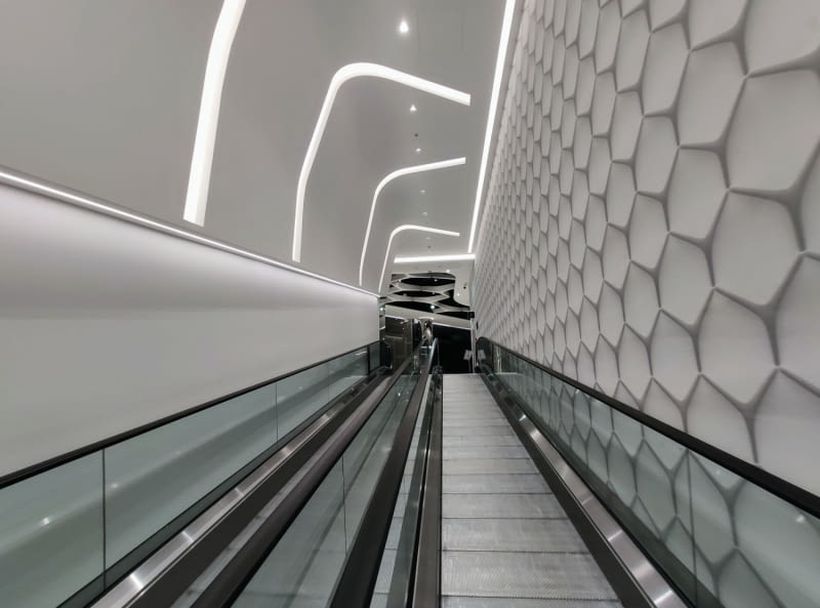 The passage was designed by Polish architect and designer Przemysław “Mac” Stopa and his studio Massive Design. The firm specialises in corporate interiors for major companies, with clients such as Google, Samsung, BMW and Unilever, among others. Recent work in Warsaw includes the design for the Warsaw Spire office complex, including all the buildings’ lobby interiors and the futuristic entrance to the tower elevators. 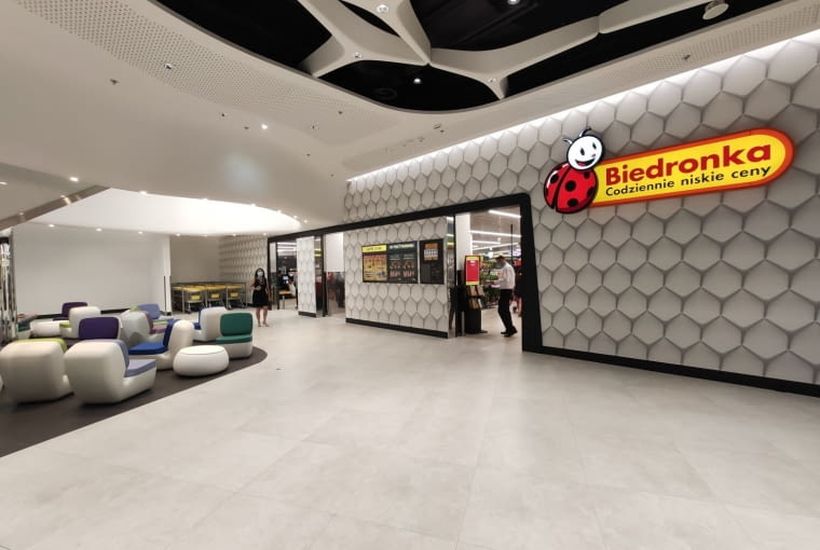 The tunnel also leads to an underground shopping area with space for 29 shops or restaurants.Press materials Ghelamco

Stopa’s work reflects his fascination for mathematics and geometry. As the studio puts it on its website: “His passion for modularity, sculptural shapes and digital art drives him to create modular objects for serial production that introduce innovation to the market and allow the user to interact with and adapt the objects to the required functionality of a space.”

This geometric, futuristic style can be seen in the new underground passage. The monochrome, largely white interior, is decorated with hexagons, which appear on the wall, beside an escalator, and as mirrors along the side of the tunnel. 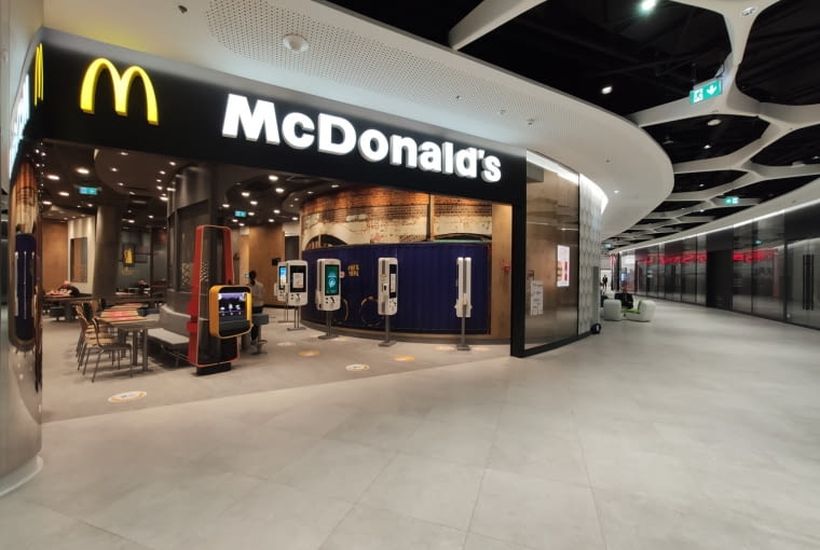 The passage also leads to an underground shopping area with space for 29 shops or restaurants, some of which have already opened.

According to a report published last year by Cushman & Wakefield entitled ‘Marketbeat – the Office Market in Warsaw’, the area above the tunnel will become Warsaw’s largest business hub by the end of 2021.