A historic bridge intended for demolition as part of a stunt featuring in the next Mission: Impossible film appears to have had its fate safeguarded following an international outcry that saw it come to global attention.

Located in Lower Silesia, the 111-year-old Pilchowicki Bridge had become the subject of a media storm after plans to blow it up were leaked to the public.

With filming due to begin imminently in Poland, speculation as to its fate had reached fever pitch in recent weeks with the story covered by such global news outlets as The Times, The Independent and The Daily Mail.

This morning, however, a statement released by Daniel Gibski, the Deputy Lower Silesian Regional Monument Conservator, has given the bridge’s defenders cause to celebrate after he confirmed its addition to the Register of Monuments.

While the decision is subject to appeal, and therefore not final, a U-turn is understood to be unlikely given the outrage it would spark.

“Due to the huge interest in the subject and the nationwide importance of the case, in order to dispel doubts as to the advancement of the administrative procedure aimed at entering the railway bridge over the Pilchowickie Lake in the register of monuments, we decided to publish the decision ending the proceedings of the Lower Silesian Regional Monument Conservator in this case,” wrote Gibski. 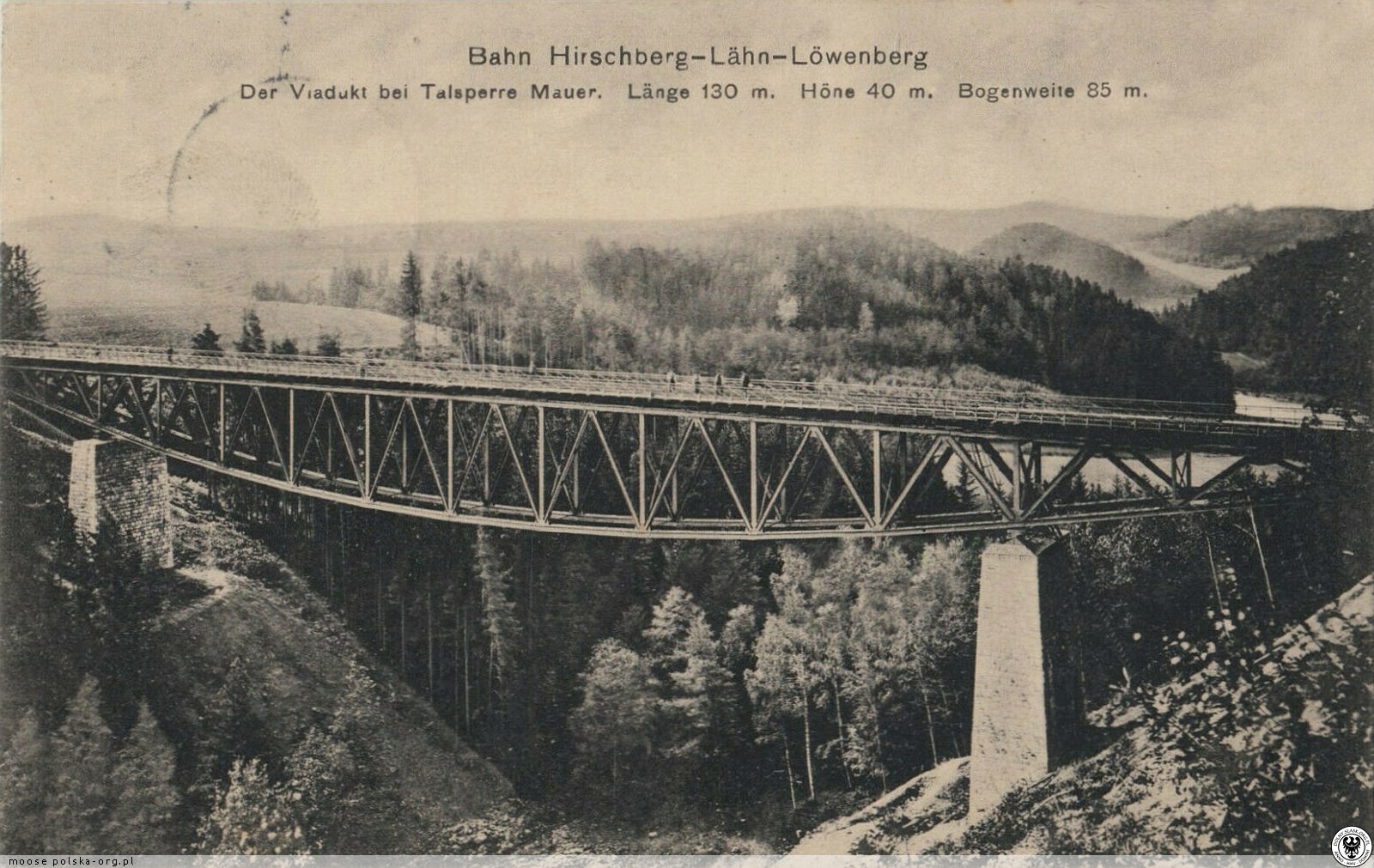 Built in 1909 to service connections between Wleń and Jelenia Góra, the 151-metre bridge was built on two sandstone pillars and suspended 40-metres over Lake Pilchowickie.polska-org.pl

He continued by thanking all those who fought to protect the bridge, among them “the inhabitants of Lower Silesia and all those others who stood up for the monument and thus showed a great, unprecedented awareness as to the value of national heritage.”

First opened in 1909 to connect Wleń with Jelenia Góra, the 151-metre bridge was built on two sandstone pillars and suspended 40-metres over Lake Pilchowickie. Inaugurated on July 28th, 1909, it formed part of a popular tourist line that, by the end of the 1920s, was attracting over 70,000 annual users.

Defined by its rare steel under-span, the bridge was officially decommissioned in 2016 after it had fallen into disrepair.

With no money for its renovation forthcoming, the crossing’s future was called further into doubt when Mission: Impossible director Christopher McQuarrie posted a photo to social media taken close to the bridge in question.

State railway company PKP has sought to reassure locals posting Twitter: “There are over 3,300 railway bridges [in Poland]. We do not blow up the bridges, we improve their condition - the historical ones are preserved!”PKP

Later, when sappers and filmmakers were spotted inspecting the site the rumours grew to a crescendo prompting McQuarrie to issue a statement earlier in August.

“A story broke in the press alleging that the producers of ‘Mission: Impossible’ had asked for permission to demolish a 111-year-old bridge in Poland and that, in so doing, we were destroying a piece of that wonderful country’s heritage in the name of entertainment,” wrote McQuarrie.

“I’ve read a lot of inaccurate stories in which I’m named and I normally just ignore them, but in this case I felt it was important to personally clear up some misinterpretations of our intentions, starting with this: there was never a plan to blow up a 111-year-old protected monument.”

McQuarrie added, however, that his team had searched for “anywhere in the world that might have a bridge that needed getting rid of,” and that he was approached by Polish representatives seeking to promote tourism. 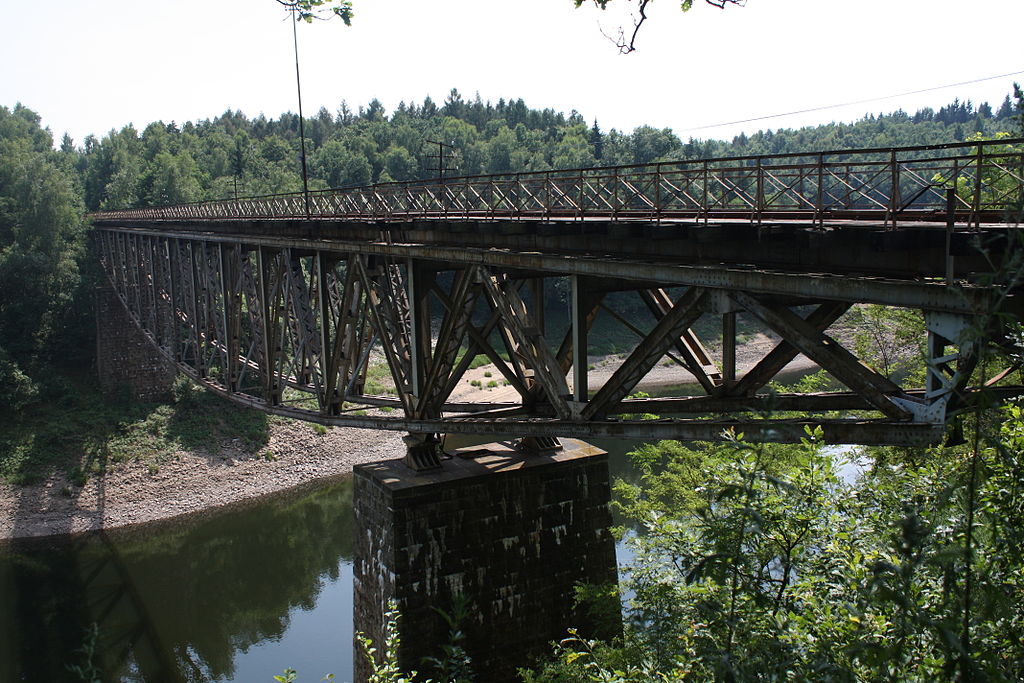 The bridge was decommissioned in 2016 following years of gradual deterioration.CC BY-SA 3.0

Continuing, the director stated that only “unsafe portions of the bridge that needed to be rebuilt,” would have been destroyed and that the film company had agreed to offset damages thereby paving the way for the crossing’s eventual reconstruction and revival.

Furthermore, McQuarrie added that it had already been partially damaged once before, by the Germans as they retreated towards the end of WWII.

Stating that the ensuing scandal was engineered by a person who “claimed they were owed a job on the production for which we felt they were not adequately qualified,” McQuarrie elaborated by saying, “in short, this individual manipulated the emotional response of the people in a move that has now compromised our ambitions to bring our production to Poland.” 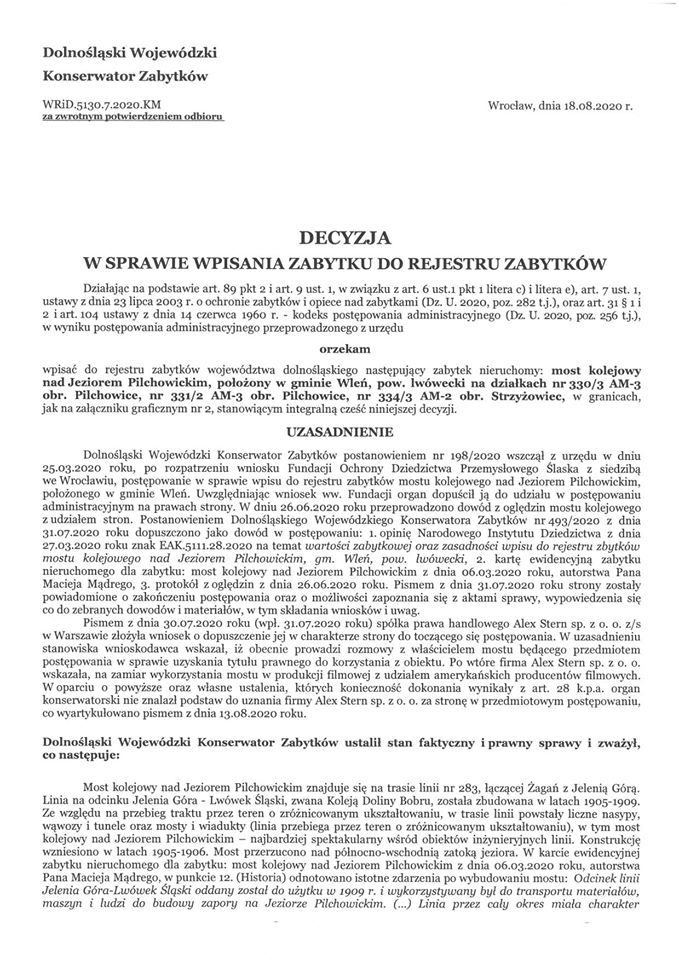 This morning a statement released by Daniel Gibski, the Deputy Lower Silesian Regional Monument Conservator, has given the bridge’s defenders cause to celebrate after he confirmed its addition to the Register of Monuments.Dolnośląski Wojewódzki Konserwator Zabytków/Facebook

The director finished by stressing that never, under any circumstances, would his production team seek to harm any cultural objects.

“To respect and celebrate the places we film is our prime directive,” he concluded. “No one involved in the production asked for permission to destroy a historically significant landmark in Poland.”

Ultimately, that decision has now been taken out of the film company’s hands after a report by the conservator found the bridge to be a “testimony to a bygone time” and that its protection was in the public interest.