So good to “bee” back home: beekeeper turns disaster into triumph after criminals trash his hives

A beekeeper who had his apiary destroyed by vandals has managed to resurrect his business thanks to a remarkable online fundraiser that has allowed him to rebuild his hives, expand his honey-making business and educate the world about the remarkable insects.

On the night of March 7th-8th, unidentified people damaged 24 out of the 27 beehives at the home of Tomasz Petryka, who lives on the edges of the Kozienicka Forest in central Poland. 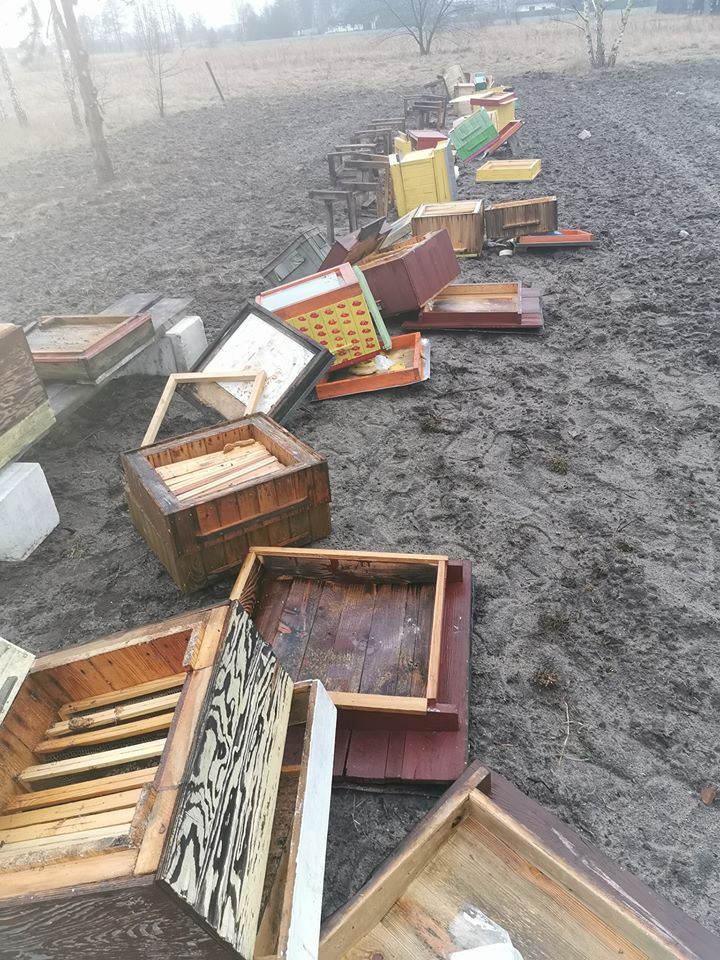 Trail of destruction: the hives wrecked by criminals in March.Miodemsłodzone/Facebook

Rather than throw in the towel, Tomasz organised an online fundraiser using the zrzutka.pl platform. “My intention was simply to show the person who wanted to hurt me that they failed,” he told TFN.

Without doubt, he succeeded, as the response to the beekeeper’s call was massive. Around 3,123,000 people saw the Facebook post showing the beehives’ destruction, and 1,200 donated money. While Tomasz had only asked for PLN 10,000 in the end he received PLN 38,000. With the money, he not only bought replacement hives but also invested in a special wooden shed for apitherapy – where people can inhale the special air of beehives. 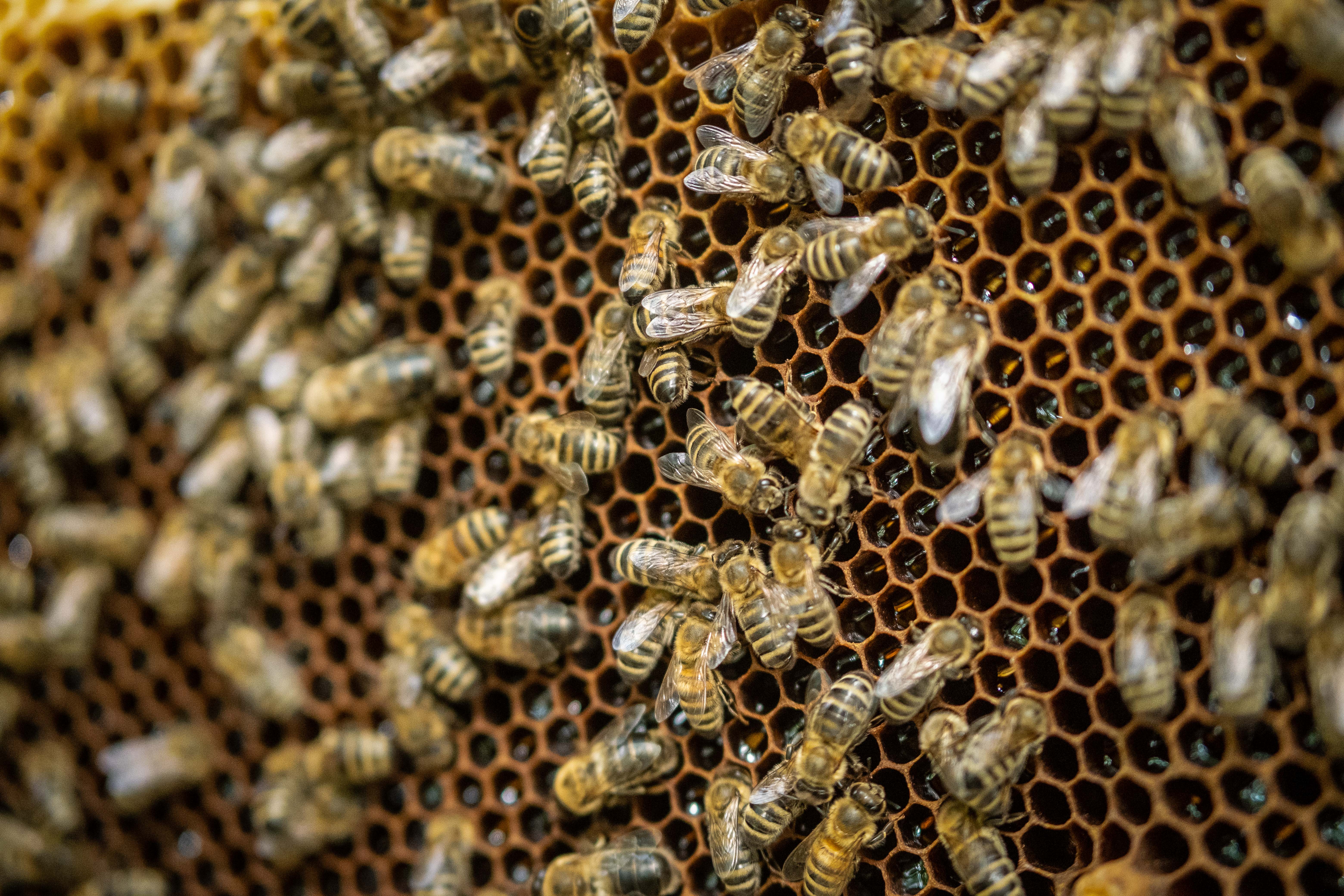 The bees get to work.Kalbar/TFN

The support Tomasz received also went beyond money. Different people came forward with curious offers, such as gifting him bees they were unable to care for, giving him the tops of honey jars, and offering to find the hive destroyers through a clairvoyant.

Tomasz is responsible for 170 bee colonies in the Mazowsze region and Warsaw itself and although beekeeping is in his blood a few years back he couldn’t have imagined it would be his full-time occupation. 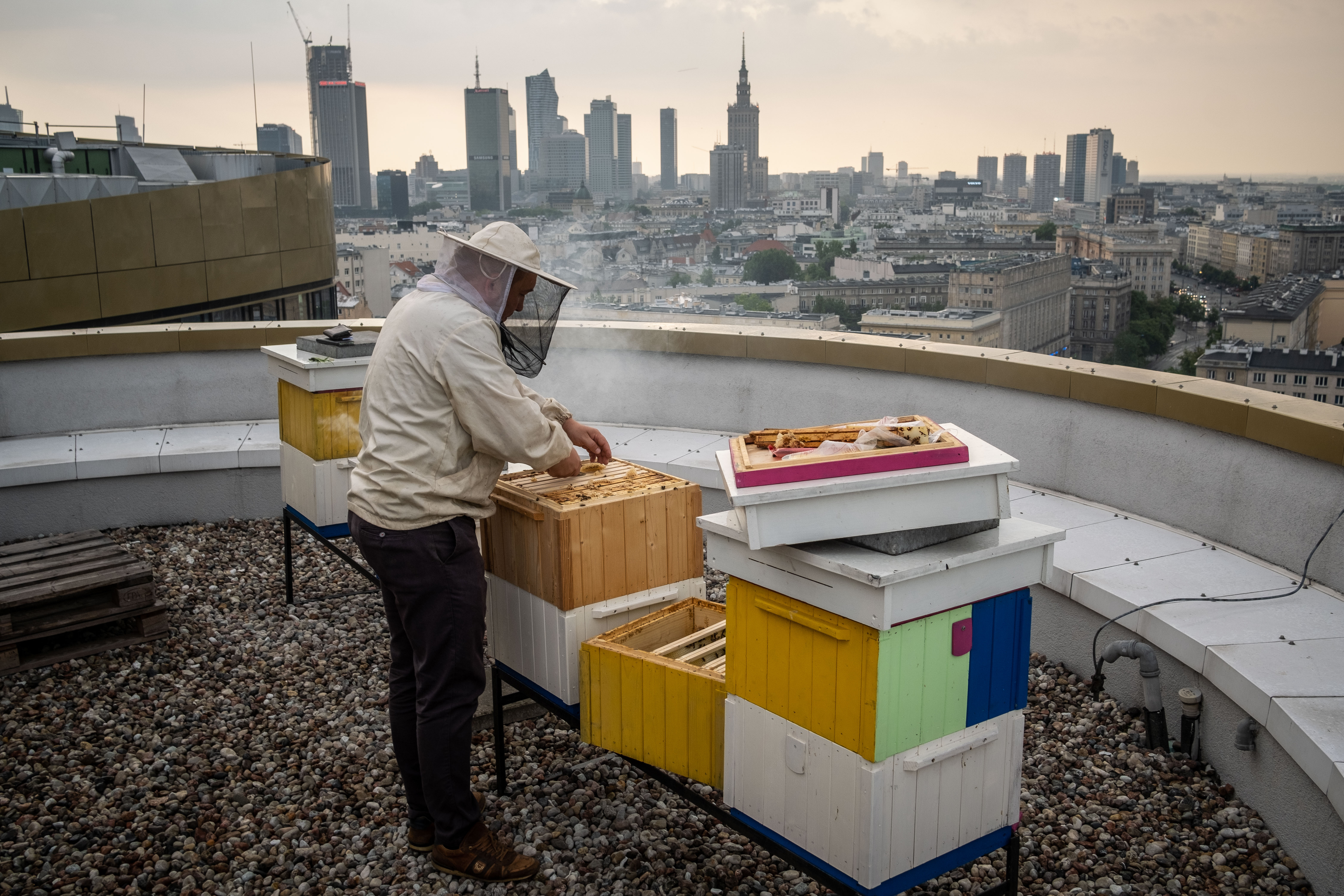 “Warsaw is as good a place to run an apiary and obtain honey as any other place in Poland,” says Tomasz.Kalbar/TFN

“I studied law, I’m an attorney by profession,” he revealed. “I completed law studies and then 3.5 years of an attorney specialisation course. I passed the exam but never practiced my profession.” Although Tomasz has a solid backup plan, as an at least fifth-generation beekeeper he can’t see himself going back to a desk job.

“Until I was 24 or 25, I was convinced there was no chance I would take care of bees,” he continued. “I was terribly afraid of them, and swelled up horribly after being stung. At some point it passed, I stopped reacting to the venom, and I came around to doing something that I find to be unambiguously good.” 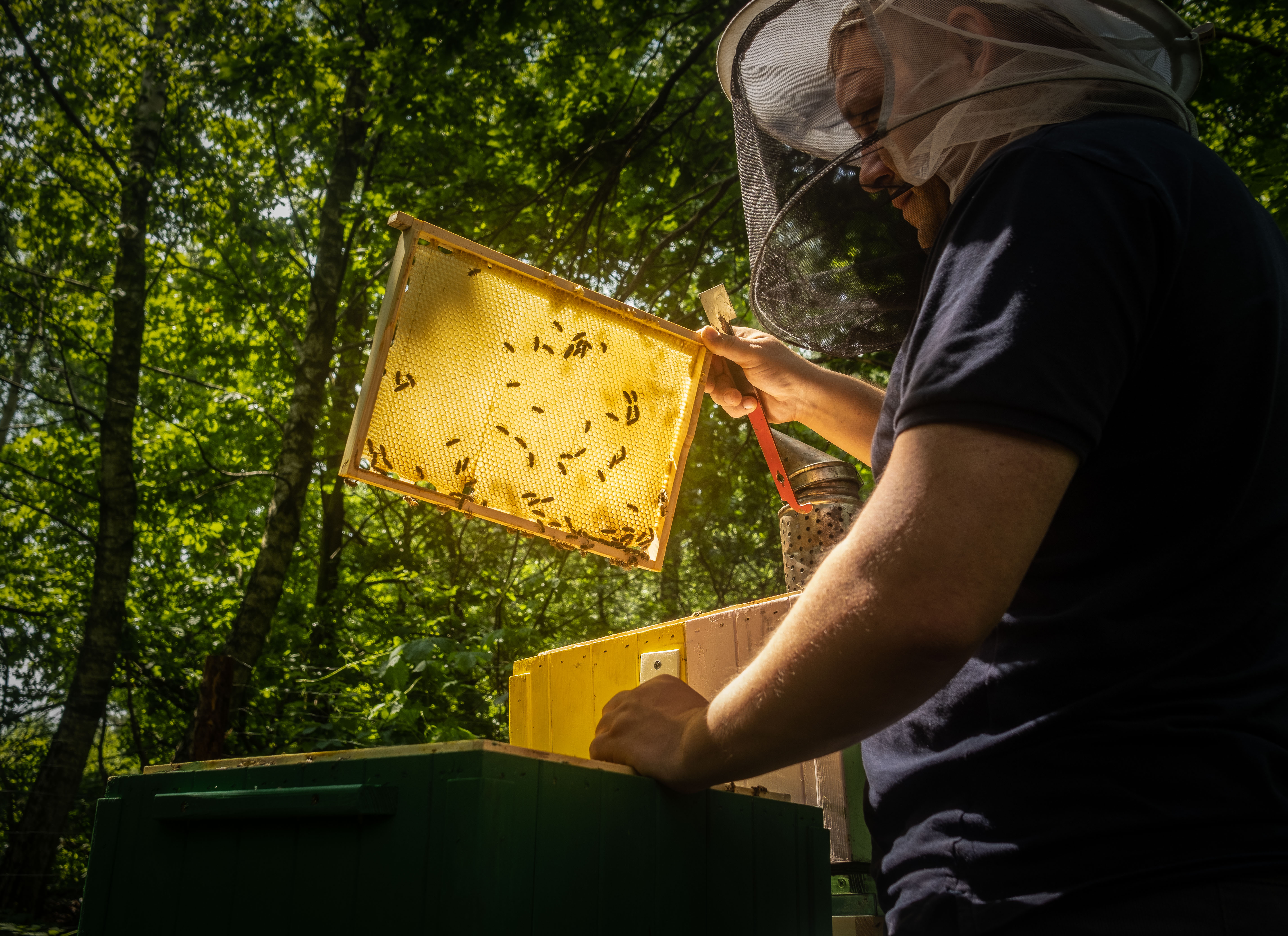 Bees are considered to be one of the most important animals on Earth because of the vital role they play in the ecosystem. For Tomasz, taking care of the little flying insects and educating people about their role is his life’s mission.

Although he is the first in his family to take care of bees full time, looking after bees is a tradition in his family. “My dad had a small apiary, so did my great grandfather,” Tomasz recalled. “My great-great-grandfather, right after World War I and Poland regaining its independence had over 30 bee colonies, which was quite something in those days. 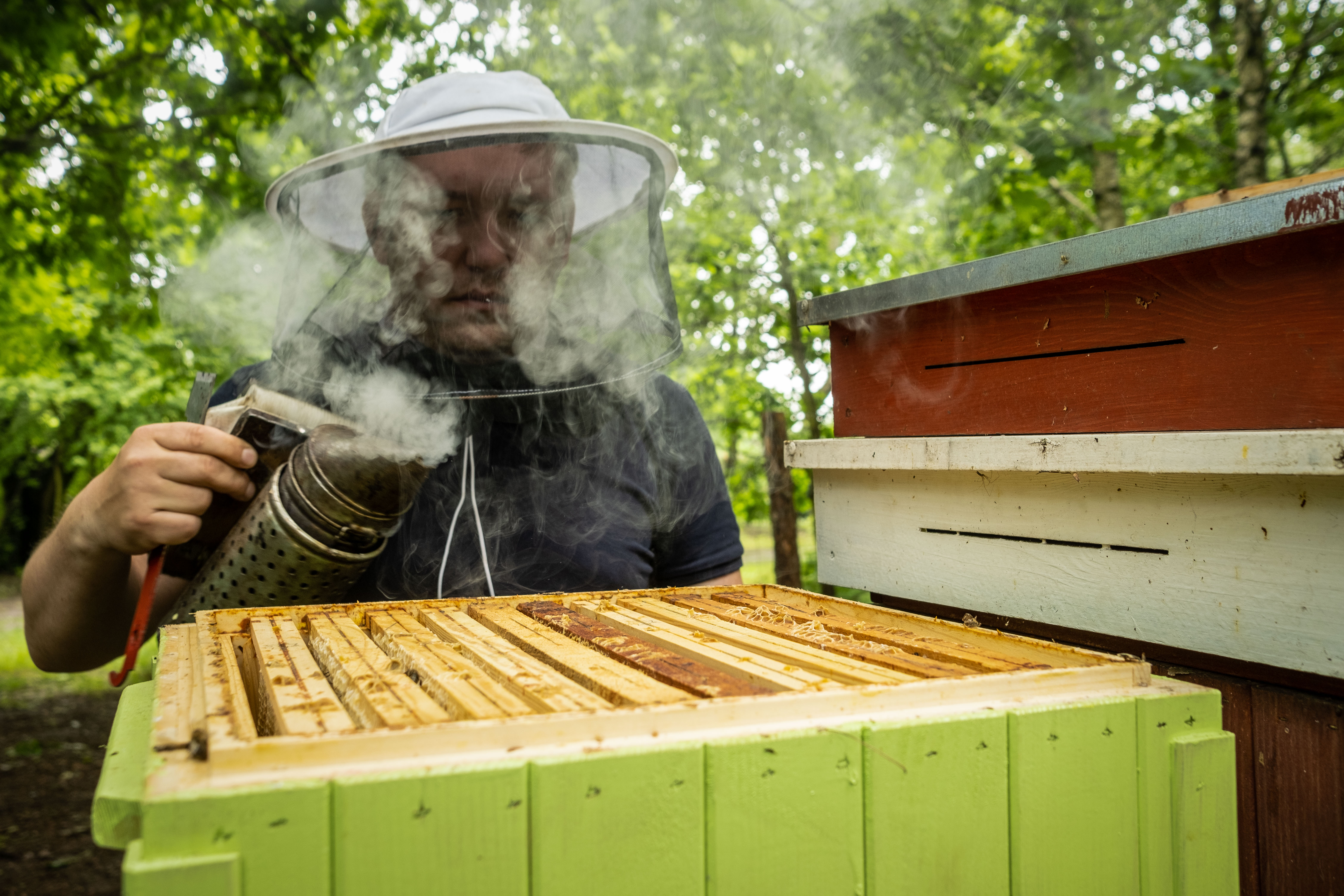 Tomasz is following a long family tradition of bee keeping.Kalbar/TFN

“He cared for them very diligently, he had special glass beehives, which were very rare in the 20s. He would check on the bees through the glass.”

The beekeeper fully understands his ancestor's dedication. To him, taking care of bees is like signing a contract – the beekeeper should interfere as little as possible, protect the insects, keep them healthy, and feed them with sucrose so that they survive the winter. In return, the bees share the honey they gather and produce during the warmer months. 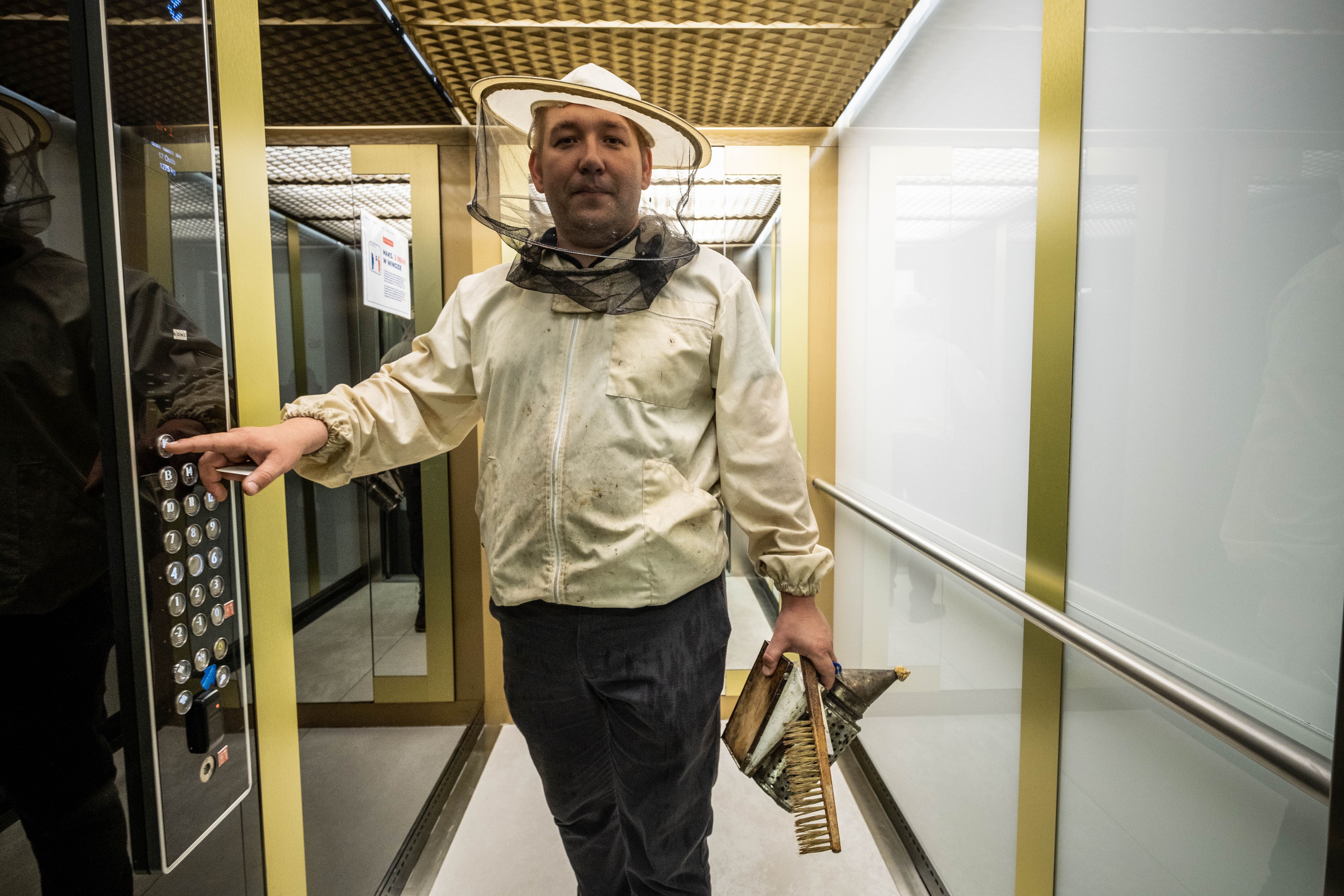 Although a beekeeper now Tomasz is a lawyer by training.Kalbar/TFN

“Honeybees are the best employees in the world,” said the keeper. “They are honest, loyal, they do not cheat. When I close the hive, they keep working. I don't have to watch them, they're always ready and prepared. They don't take vacations, and only sometimes, when they have a bad day, do they sting,” Tomasz explained.

Currently, one of his main ventures is urban beekeeping. Out of the around 1,000 bee colonies in Warsaw, 80, grouped in eight apiaries, are under Tomasz’s care. Among others, his bees live on the National Opera’s rooftop and on top of the Zebra Tower near Pole Mokotowskie park – more than 50 metres above ground. 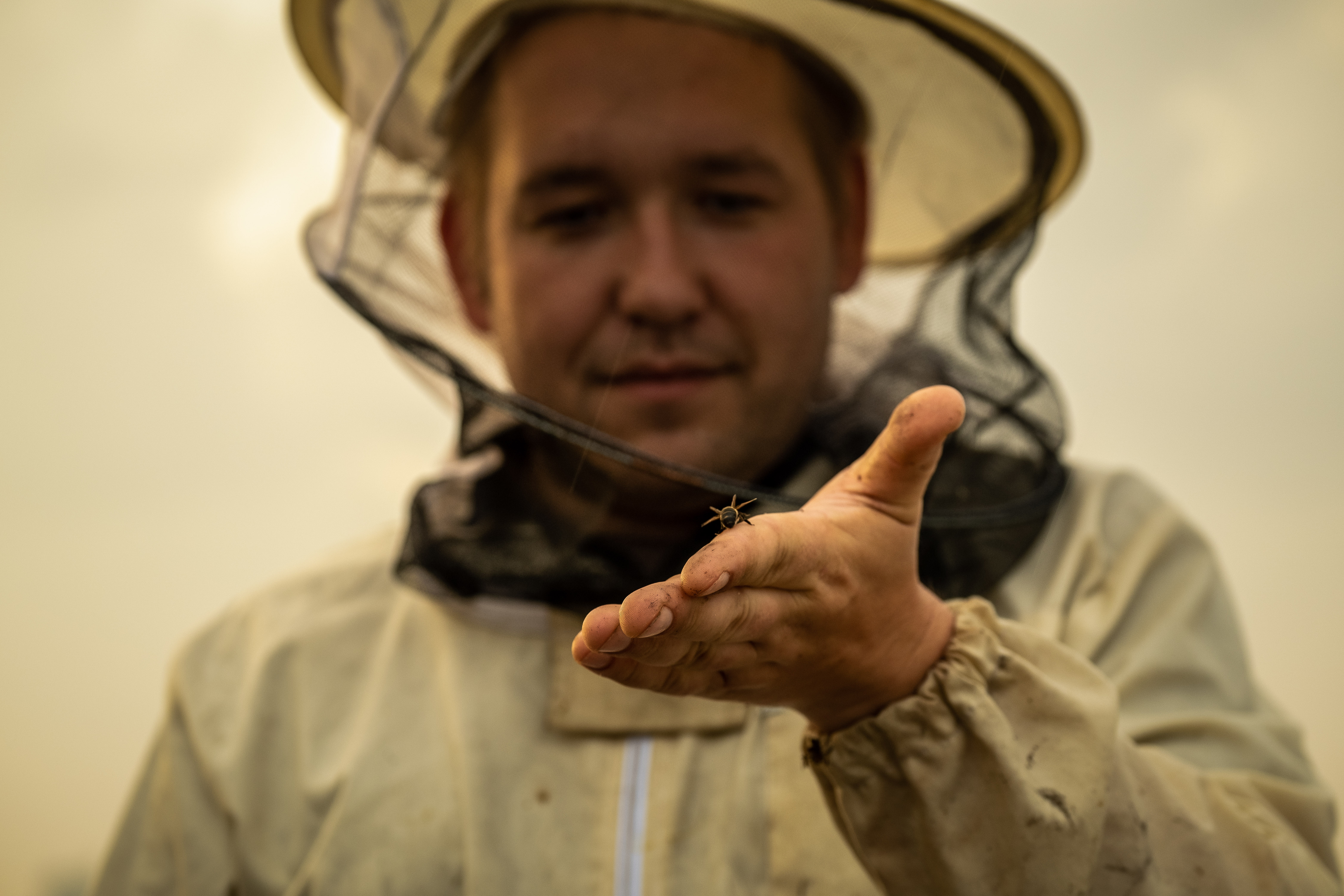 Although the idea to place beehives in the middle of a bustling capital may seem bizarre at first, Tomasz says it’s perfectly fine. “Warsaw is as good a place to run an apiary and obtain honey as any other place in Poland,” he said. “Maybe even better because of the greater variety of plants and higher temperatures.”

The buildings’ height doesn’t pose a challenge to the little workers. In natural conditions they’re able to fly over trees more than 20 metres high. Adding another 20 metres is nothing for the flying creatures, which can travel up to two kilometres in search of pollen or nectar. As a green city, Warsaw proves to be a perfect environment for bees.

Surprisingly, honey from urban beehives is edible, despite the pervasive air pollution. The honeybees’ bodies serve as a filter – the pollutants are stored inside them, while the honey remains clean. 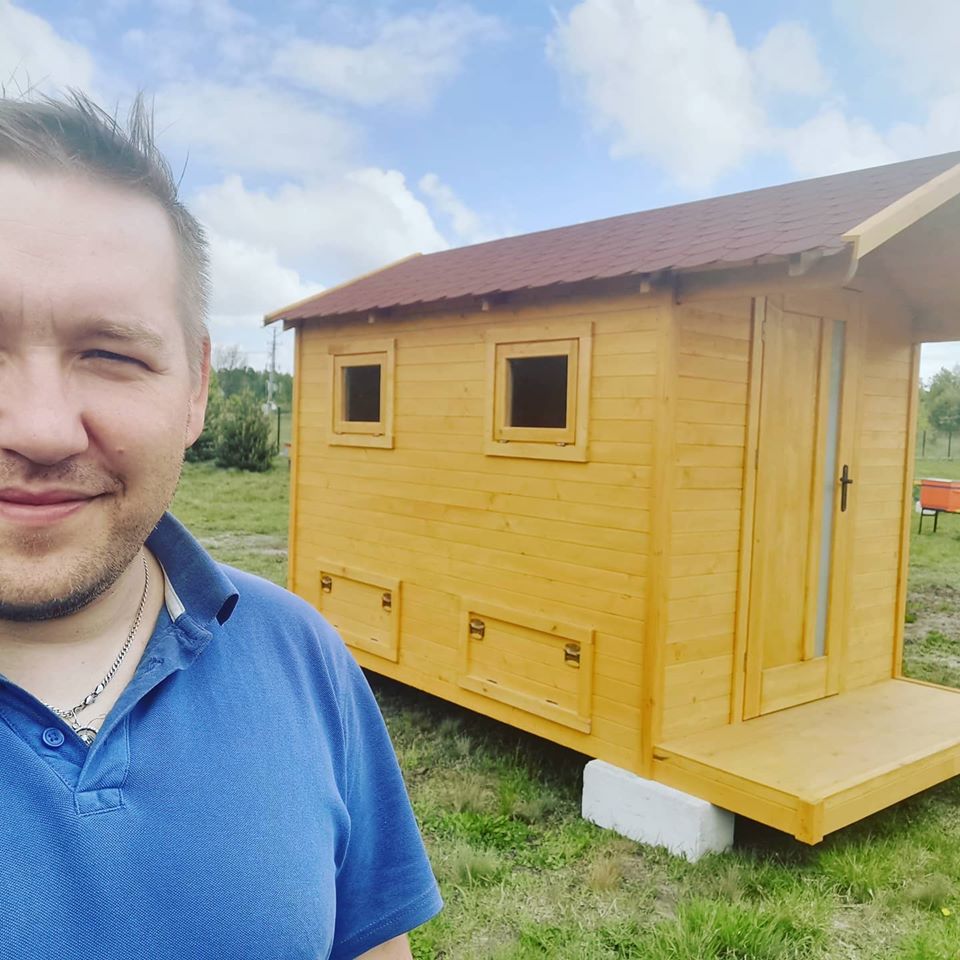 Tomasz with the apitherapy, which can be used to treat respiratory diseases.Miodemsłodzone/Facebook

Tomasz’s vision for the future is impressive. Combining business and his bee advocacy, he is in the process of creating a 2,000-square-metre educational space, where visitors will have a chance to spend a day in an apiary and discover the ins and outs of a beehive.

What’s more, he is working on developing the apitherapy. A beehive’s air is sterile and devoid of any viruses or bacteria, and so is good for people with respiratory diseases, and Tomasz is also looking into possible uses of honeybee venom for treating rheumatism and other afflictions.

He is also producing mead and other honey products, so the beekeeper is, as the saying goes, as busy as a bee.