Warsaw has become one of 13 international cities to pioneer the use of “smog-eating” murals after an eco-friendly, hand-painted project utilizing innovative pro-environmental technology was unveiled a few days back. 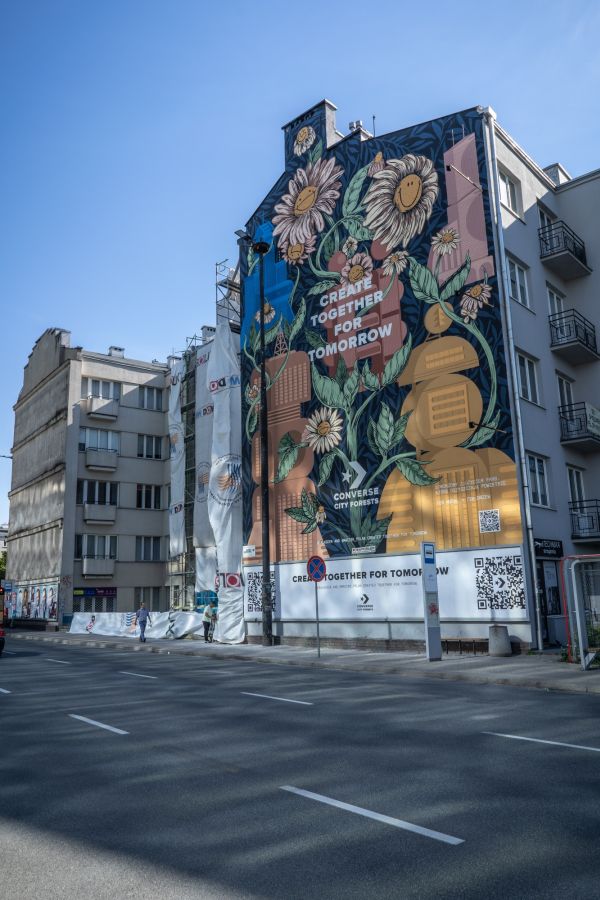 The mural’s paints come with titanium dioxide, which has the capacity to turn pollutants and harmful compounds into harmless nitrates and carbonates.Press materials/Good Looking Studio

“Pollution levels have dropped in many cities around the world as people are no longer commuting as much,” said a spokesman for Converse.

“Companies are working slower, and for the time being everything has slowed down. At Converse we saw this as an opportunity to speak up and help produce fresh air through painting murals. Furthermore, we felt it was a good way to reunite communities as they return to normal life after such a long period of isolation.” 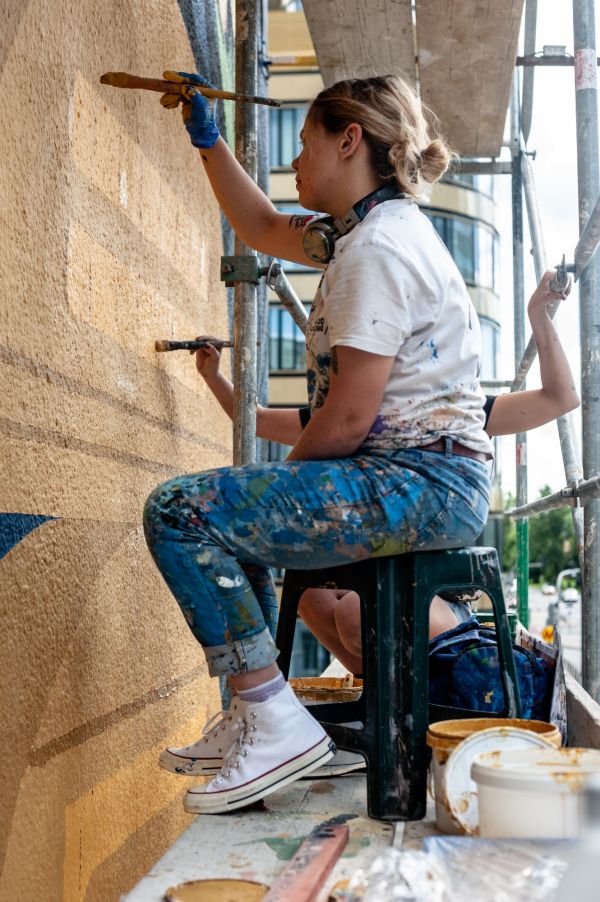 Anchored by the slogan “Create Together For Tomorrow”, the Warsaw project debuted on the side of a building on ul. Jaworzyńska, a street looking out towards the exit of Metro Polytechnic, and depicts a number of smiling flowers entwined around a series of high-rise towers.

Designed by Maciek Polak and Dawid Ryski, and executed by Good Looking Studio, the mural presents two different personal styles but, say the artists, also presents a coherent vision of the city of tomorrow whilst bringing a positive message of hope for the future. 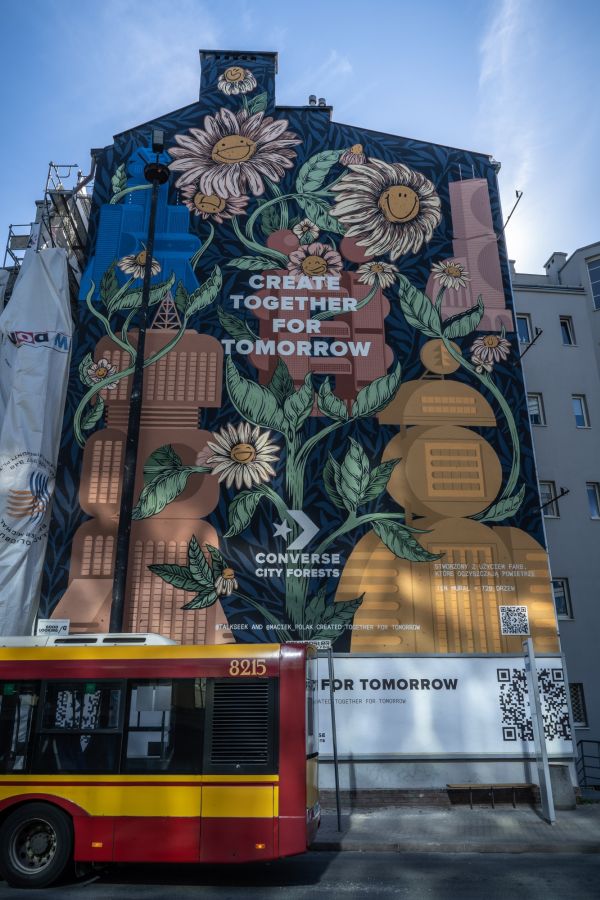 Its artists say the mural presents a coherent vision of the city of tomorrow whilst bringing a positive message of hope for the future.Press materials/Good Looking Studio

Produced using photocatalytic paints, the active component in these – titanium dioxide – has the capacity to turn pollutants and harmful compounds into harmless nitrates and carbonates. As such, the Warsaw mural has had the same effect as planting 720 trees. Globally, meanwhile, the overall project would be the equivalent of Converse planting 3,000 trees.

This though is not the first time firms have harnessed ecological solutions to market themselves in Poland. 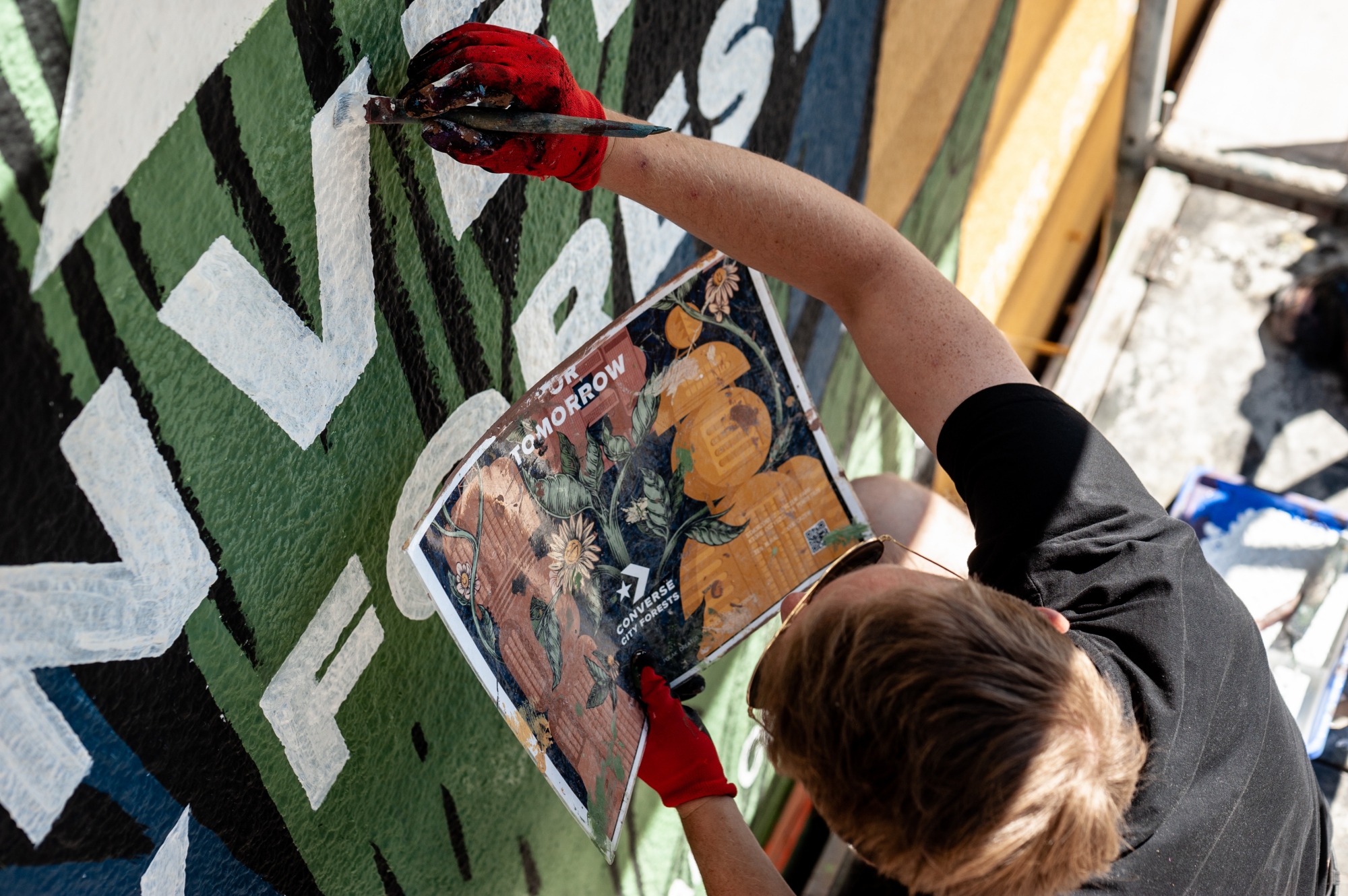 The Warsaw mural has had the same green effect as planting 720 trees.Press materials/Good Looking Studio

In 2018 Aviva erected a giant billboard on the corner of the capital’s Jana Pawla II and Jerozolimskie streets that utilized Italian “three-layer” technology to absorb pollutants emitted by 93,520 cars.

Even more recently, the real estate giant Skanska have partnered with local authorities in both Warsaw and Kraków to build smog-busting pavements created by introducing a special anti-smog substrate to the concrete mix. 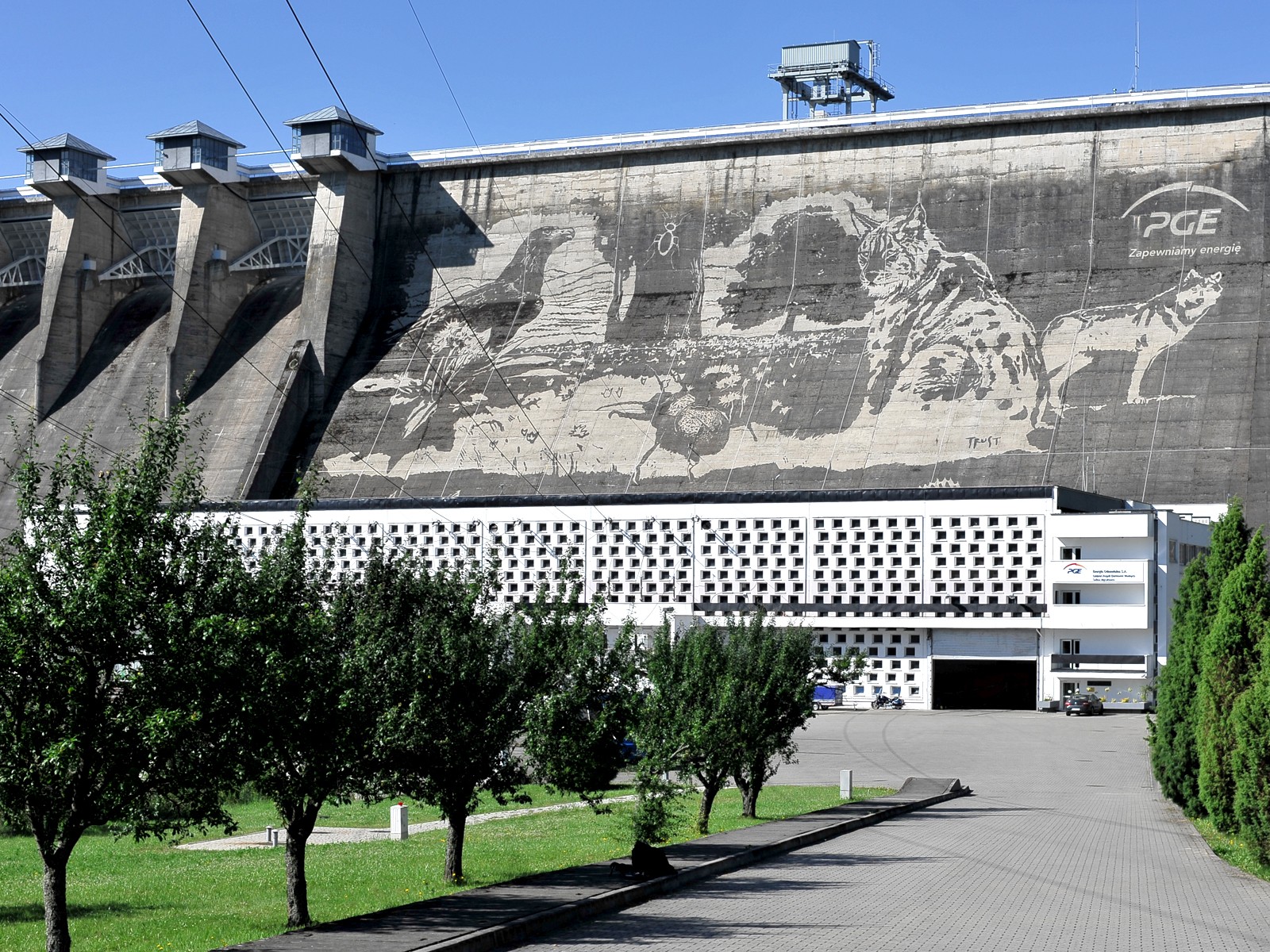 Handed the task of giving the Solina dam in the Bieszczady region a new look while not harming the surrounding natural environment, the Warsaw-based firm set about their assignment by using high-pressure water jets to leach the layers of grime that had formed on the dam’s face and, in the process, create a startling 4,000 square metre mural depicting the region’s wildlife. Two weeks in the making, at the time it became Europe’s biggest ecologically produced mural and a touristic sensation all whilst using not one lick of paint.