A Polish-American duo has broken the Guinness world altitude record for a tandem parachute jump by skydiving from staggering 11,373 meters.

The stratospheric jump from a balloon was carried out by two former soldiers: American Jim Wigginton and Pole Arkadiusz ‘Maya’ Majewski as the pilot. The two daredevils were accompanied by cameraman Wiktor Drewnik. 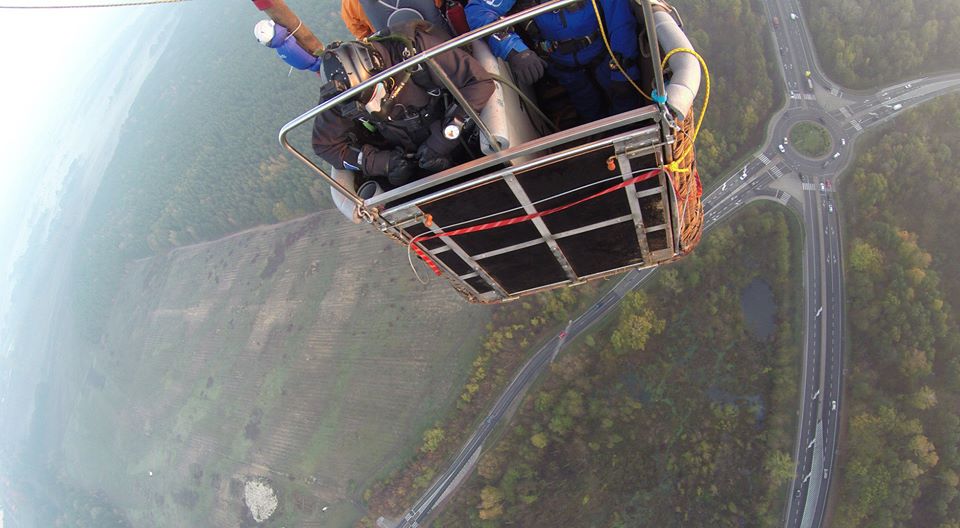 Seventy-year-old Wigginton decided to make the jump after his wife, Nancy Punya, died from cancer several years ago. He set up the Punya Thyroid Cancer Research Foundation to help patients with oncological problems, and to raise awareness of the illness the retired soldier decided to break a world parachute jump record. At first he wanted to achieve a solo record but finally settled on a tandem. 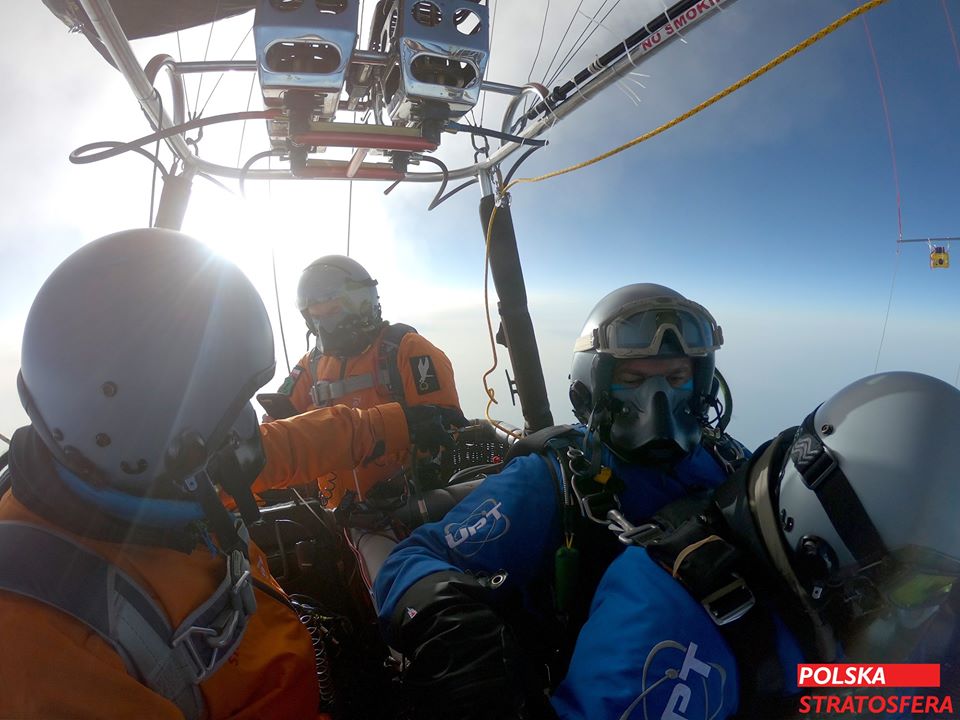 The team had to battle temperatures as low as -60.Projekt Polska Stratosfera/Facebook

Polska Stratosfera, the organiser of the balloon flight, described the project on Facebook: “Early in the morning on Friday, October 25, 2019, the largest hot air balloon in Poland took off from Wieliszew near Warsaw. On board were skydivers: Arkadiusz Maya Majewski as a tandem pilot, American Jim Wigginton as a tandem passenger and cameraman Wiktor Drewnik, who was to capture the tandem jump.” The crew included balloon pilots and operators Brzozowski and Tomasz Witkowski.” 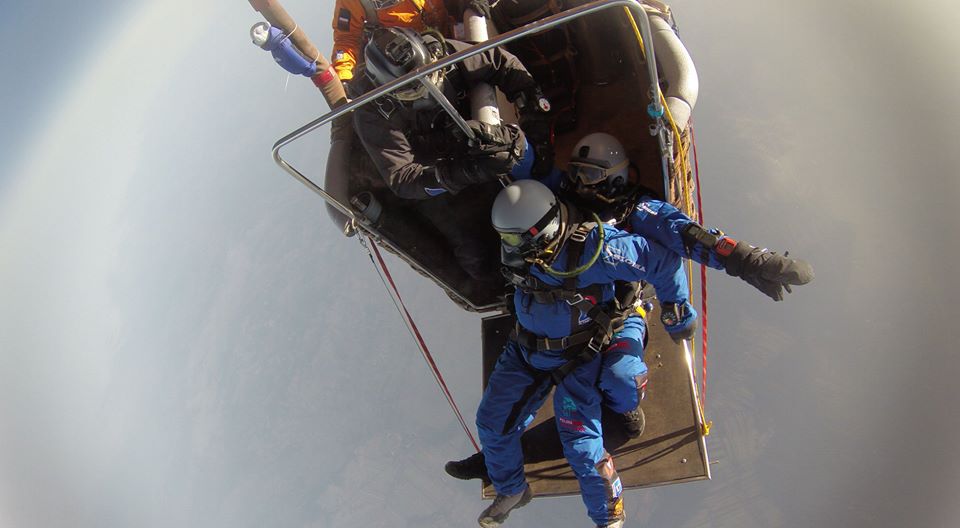 The details of the project were kept secret due to safety reasons. Wigginton had already attempted the jump several times in Sweden, the United States and Dubai. The jump in Poland, his seventh attempt, was to be the final attempt. Maya, former member of the GROM special-forces unit and a jumping instructor, played a crucial role. 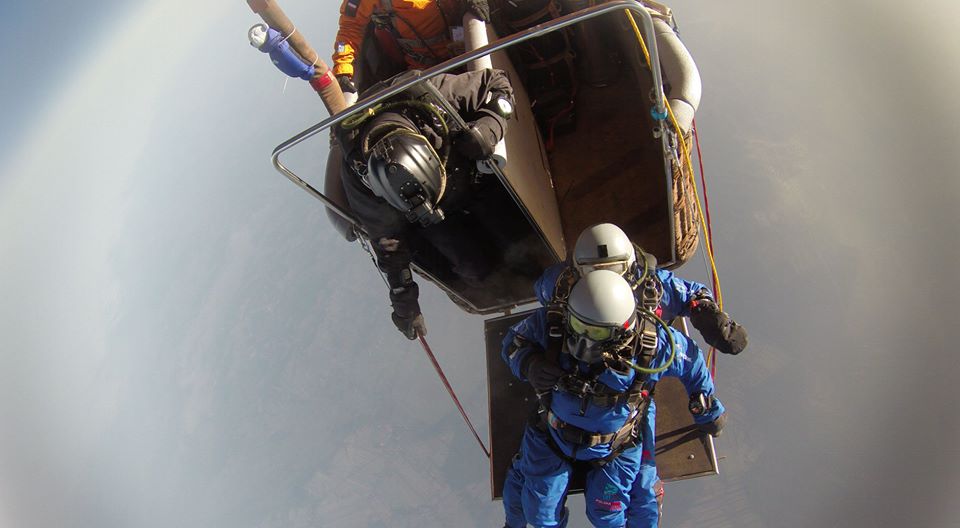 Jumps from the stratosphere, the second layer around the Earth are especially dangerous. Parachutists need to be equipped with breathing apparatus, the temperature falls below -60 degrees Celsius, the thin air makes it hard for jumpers to control their bodies for the first ten 10 seconds after leaving the balloon, while the braking and stabilizing parachute can’t fill properly due to the low air density. 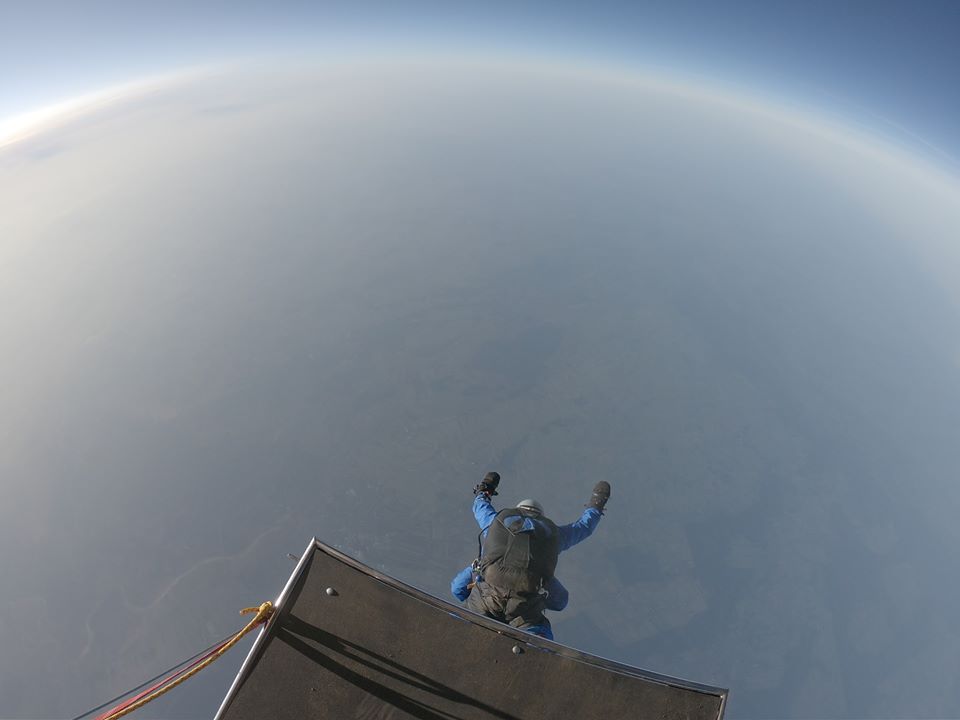 The thin air makes it hard for jumpers to control their bodies for the first ten 10 seconds after leaving the balloon.Wiktor Drewnik/Projekt Polska Stratosfera/Facebook

At an altitude of 11 kilometres the team suffered from symptoms of hypoxia – a deficiency of oxygen reaching the tissues. Majewski had problems reading the onboard instruments, while Wigginton lost consciousness at one point. He regained it just before it was time to walk down the ramp and jump. 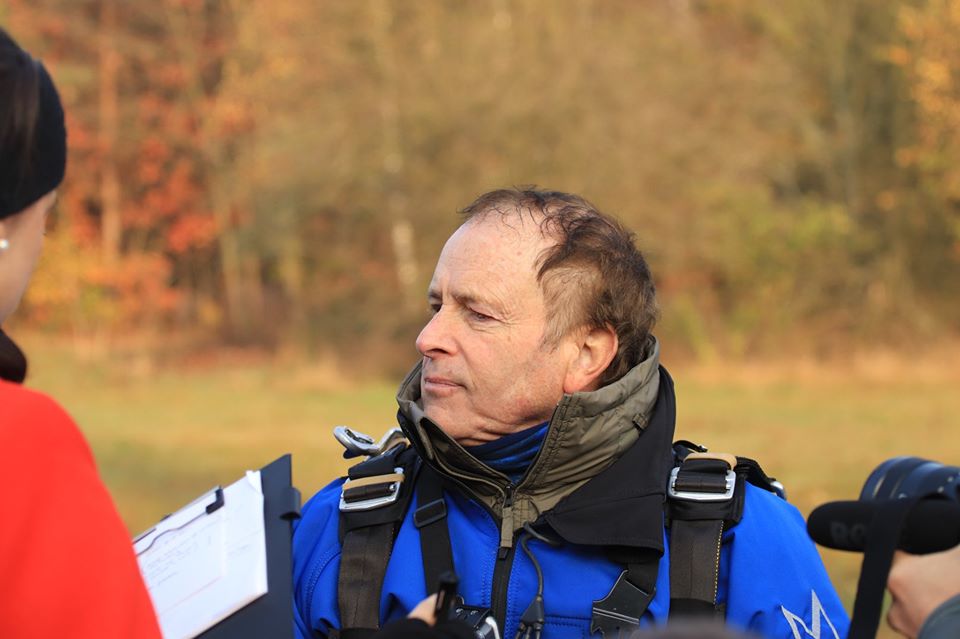 Afterwards, the pair free fell for two minutes, reaching a speed of about 360 kmh. Then, with an open parachute, they glided for about six minutes and landed 39 kilometres from their designated landing zone. 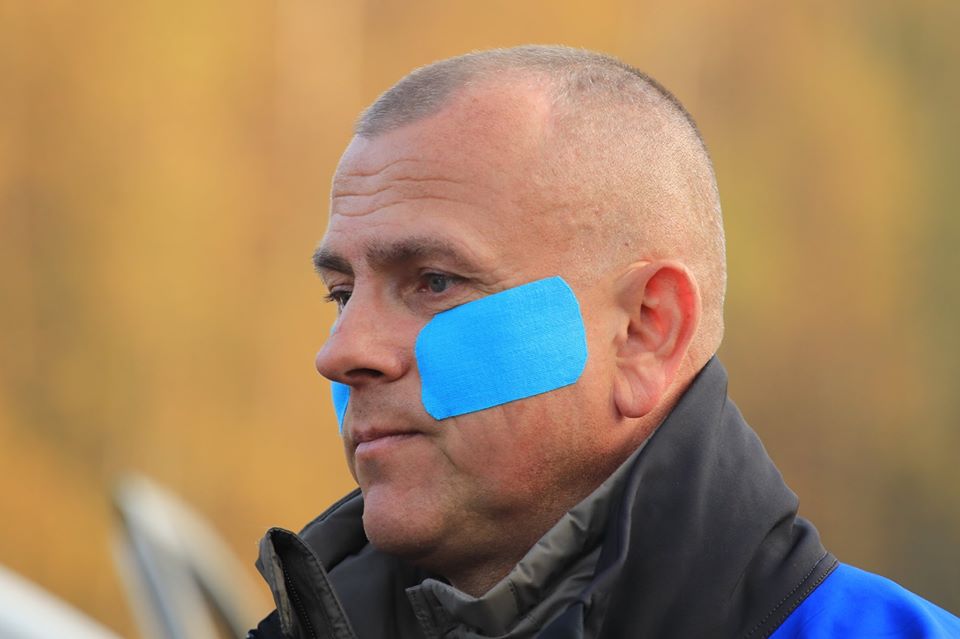 Once a member of the Polish army’s special forces, Majewski played a crucial role in the record-breaking jump.Magdalena Olszewska/Projekt Polska Stratosfera/Facebook

As Polska Stratosfera pointed out, piloting a hot-air balloon at such a height is not an easy feat either. “Low oxygen pressure causes problems with the combustion of the gas used to heat the balloon, which in turn hinders the rise of the balloon,” they wrote. “From the height of about 10,500 metres the flames inside the balloon shell are no longer visible and it is uncertain whether they are still burning.” Despite the difficulties, a new (unofficial) Polish record was broken for the highest hot air balloon flight at around 11,880 metres. 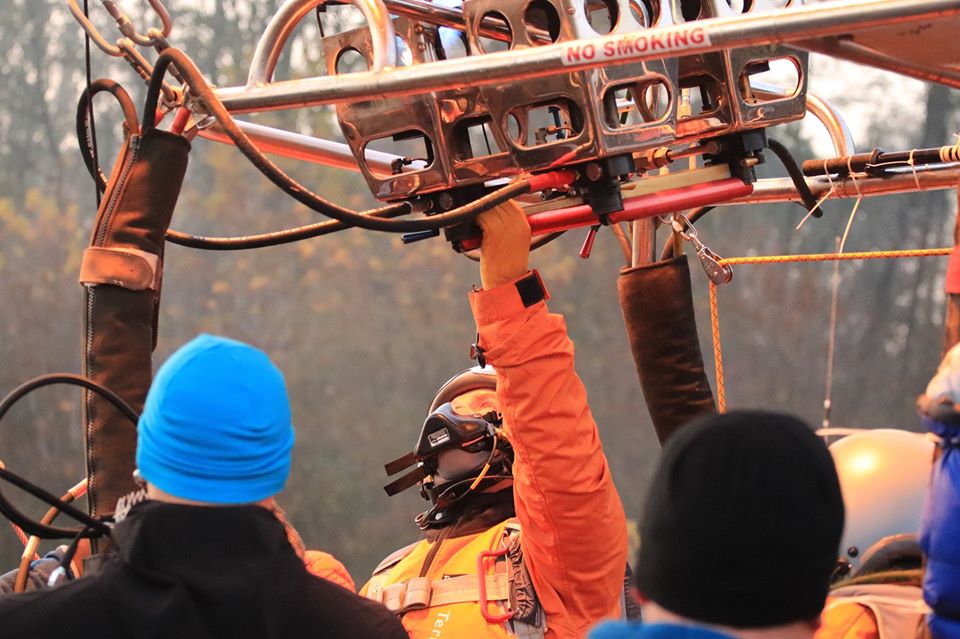 Low oxygen pressure causes problems with the combustion of the gas used to heat the balloon, which in turn hinders the rise of the balloon.Magdalena Olszewska/Projekt Polska Stratosfera/Facebook

Daredevils relieve lockdown boredom by parachuting out of block of flats