A train station in the popular highland tourist town of Szklarska Poręba in the Sudetes mountain range has returned to service after an extensive renovation of its historic elevation, addition of newly adapted interiors and introduction of night-time illuminations.

A waiting room with sharp arched windows in the north and south section, has stained glass windows have been placed depicting the so-called railway eternity sign, a symbol of railway transport.PKP S.A.

Indisputably the most important piece of infrastructure on the passenger route leading to Jelenia Góra, the station lying between the Karkonosze National Park and Jizera mountains was first built in 1902, but the main station building was later expanded and gained its current shape in 1919.

The recently completed renovation encompassed all station buildings together with architectural details which will be lit up by new night-time illuminations. Particularly notable is the grand elevation of the main building. In the lower section, the granite plinth has been cleaned and in the upper section, a wooden cladding, characteristic of the Polish highland style of the region, has been laid. Between these two sections, a light coloured grooved plaster has been added.

In the hall, passengers will find benches, electronic arrival and departure boards as well as a new voice information system. Spaces for ticket desks and toilets have also been made.PKP S.A.

Ground floor areas of the station have also returned to their historic beauty.  In the east, wooden cladding has been restored, whilst in the west, the elevation in the style of a Prussian wall, has been renovated. It is also worth noting the unique carpentry work on the doors and windows. An interesting element is also the discovery and restoration of an old sign bearing the name of the station.

Ireneusz Maślany, member of the board at Polish State Railways (PKP) said: “Thanks to the redevelopment, the historic station in Szlarska Poręba has regained its architectural assets, has become a modern building and at the same time friendly, also for passengers with limited mobility. I am convinced that it will serve tourists visiting the town and its surroundings very well. We also have a very good cooperation with the local government, thanks to which, a cinema and exhibition space will appear at the station. This will have the effect of making the station a meeting space between citizens and tourists.” 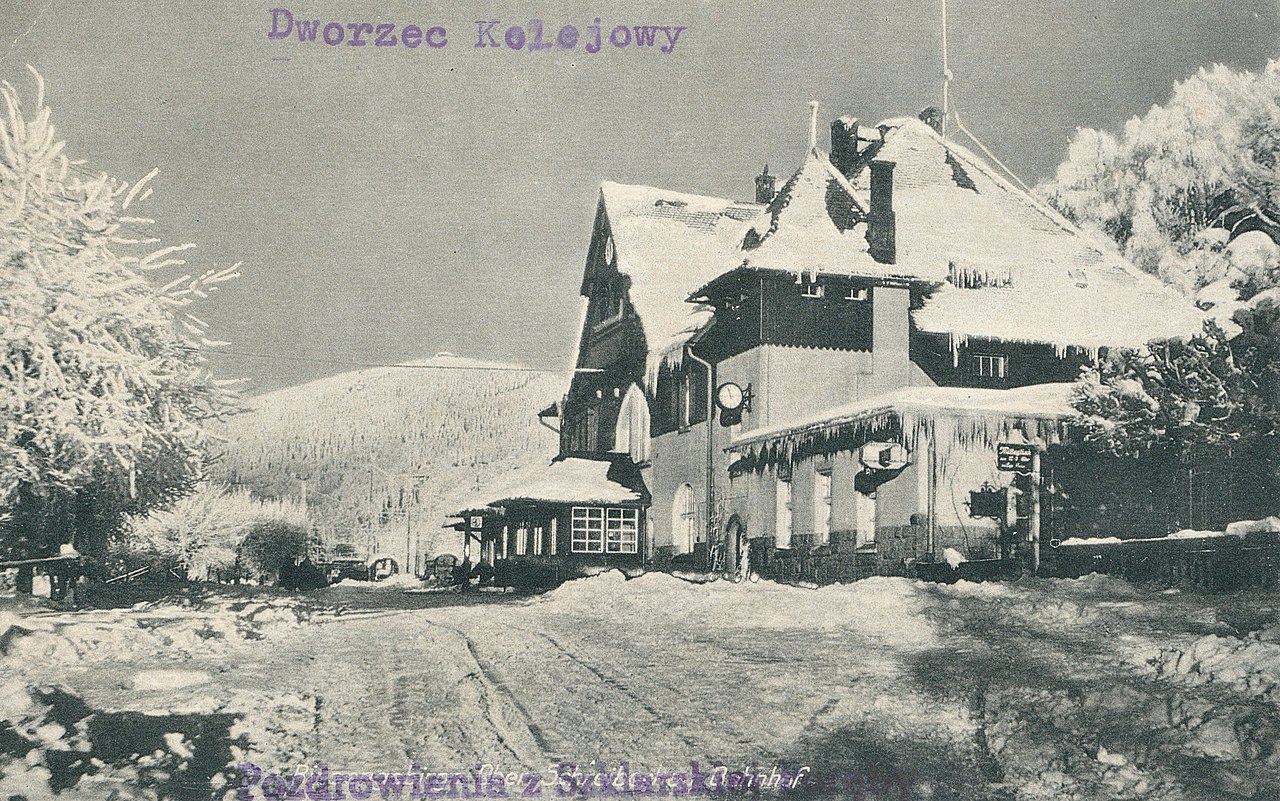 Indisputably the most important piece of infrastructure on the passenger route leading to Jelenia Góra, the station was first built in 1902, but the main station building was later expanded and gained its current shape in 1919.Public domain

The renovation of the station also encompassed its interiors which have gained a new arrangement and functionality. One is a spacious barrel-vaulted hall – a waiting room with sharp arched windows in the north and south section, in which stained glass windows have been placed depicting the s- called railway eternity sign, a symbol of railway transport. In the hall, passengers will find benches, electronic arrival and departure boards as well as a new voice information system. In the passenger space, spaces for ticket desks and toilets have also been made. On the first and second floor, places have been foreseen for a hostel. The ground floor will accommodate the local government office and there will also be a cinema room, and multi-function exhibition space.

Andrzej Bittel, deputy Minister for Infrastructure said: “The modernised station in Szklarska Poręba is a good example of the joining together of history and modernity. I am happy that the comfortable and eco-friendly building will become a centre for the local community and will make travelling to this important tourist location easier for passengers. All this is thanks to the Station Investment Programme, as part of which nearly 2 million PLN will be allocated for the modernization of nearly 200 stations.”

The station lies between the Karkonosze National Park and Jizera mountains.Maciej Kulczyński/PAP

As part of the investment, several improvements have been made at the station for people with limited mobility. Amongst them are touch maps with a plan of the station, signs in Braille, adapted toilets and built into the floor, trails which guide the visually impaired.

The redevelopment of the station has also caused the building to become more ecological. Energy-saving lighting has been installed and heat waste has been reduced by insulating the building from the outside and the installation of window and door frames with a low rate of heat permeability.

The surroundings of the station have also undergone a huge transformation. In the neighbouring area, parking spaces for disabled people have been created and a field shelter has been erected where bike railings have been installed.PKP S.A.

An very important element maintaining control over the optimalisation of electrical energy use, heat and water is the Building Management System (BMS), keeping control over the work of installations and machines in the station. It also integrates modern systems to ensure safety for passengers and the building: monitoring, availability control, break-in and attack signalling and fire detection.

The surroundings of the station have also undergone a huge transformation. In the neighbouring area, parking spaces for disabled people have been created and a field shelter has been erected where bike railings have been installed. Importantly, the local municipality was also able to realise its investment connected with the redevelopment and creation of pedestrian areas of the street. As part of the new arrangement of the forecourt in front of the station, a modern style viewing terrace has also been built. From it, a spectacular panorama of Szklarska Poręba and the Karkanosze Mountains can be seen. 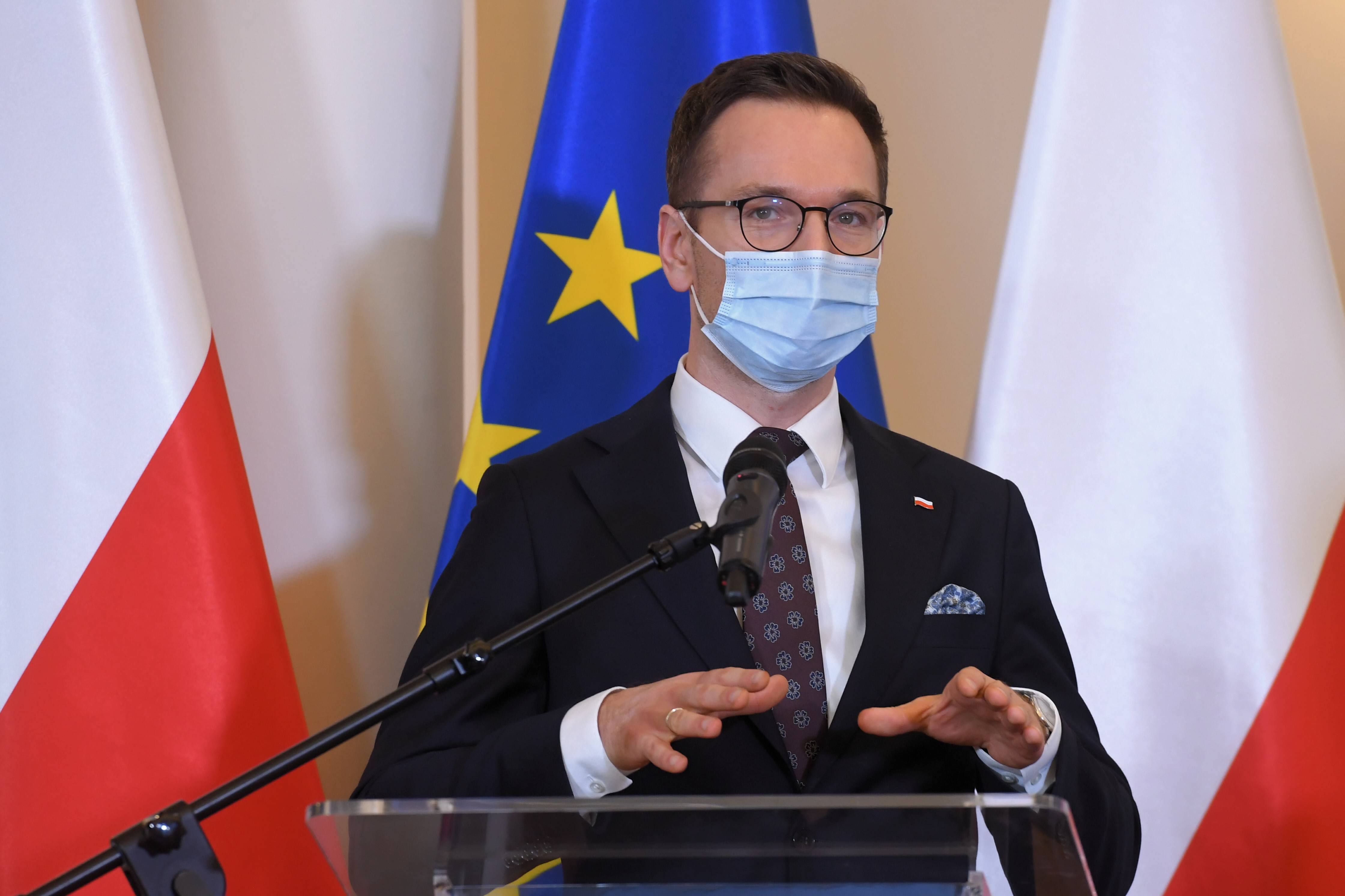 Waldemar Buda, secretary of state in the Ministry of Development Funds and Regional Policy said: “The modernisation of the historic station, together with the keeping of historic elements of highland architecture was possible thanks to EU Funds and funds from the government budget. It is important to note that the building has been adapted to the needs of all travellers, including those with disabilities and the elderly, and the newly arranged spaces will strengthen the cultural functions of the city and region.”Piotr Nowak/PAP

The redevelopment of the Szklarska Poręba station began in the autumn of 2019. The value of the completed investment is 22.5 million PLN. It was part financed by EU funds as part of the Infrastructure and Environment Operational Programme. The project was developed by the architectural firm An Archi Group and the building works were carried out by Building and Conservation company Castellum.

Joanna Lech, director of the Centre for EU Transport Projects (CUPT) said: “EU funds have been supporting polish railways for many years by funding new buildings or supporting the modernization of existing ones through the Operational Programme for Infrastructure and the Environment. Thanks to projects such as the redevelopment of the station at Szklarska Poręba, we can see how EU funds are contributing to the improvement of conditions for travel as well as the quality of services of all travellers.”

This article was sponsored by PKP.