Shipping channel on Vistula Spit to give Poland sovereignty - president

The shipping channel on the Vistula Spit will serve to strengthen Polish sovereignty, independence and freedom, said President Andrzej Duda during a visit to the construction site on Saturday.

The president, along with Prime Minister Mateusz Morawiecki and Maritime Economy Minister Marek Grobarczyk, paid a visit to the construction site on the Vistula Spit on Saturday.

During a press briefing, Duda said that the investment would serve to strengthen Polish sovereignty, independence and freedom, and that it would free Polish ships from passage through Russian-controlled waters.

He added that the Polish nation and government were ambitious. "We want to continue to implement large investments. We do not want to interrupt, limit or reduce them, or God forbid, to give up on them, because these great investments are the driving force of the economy. This is something that history has shown," he declared. 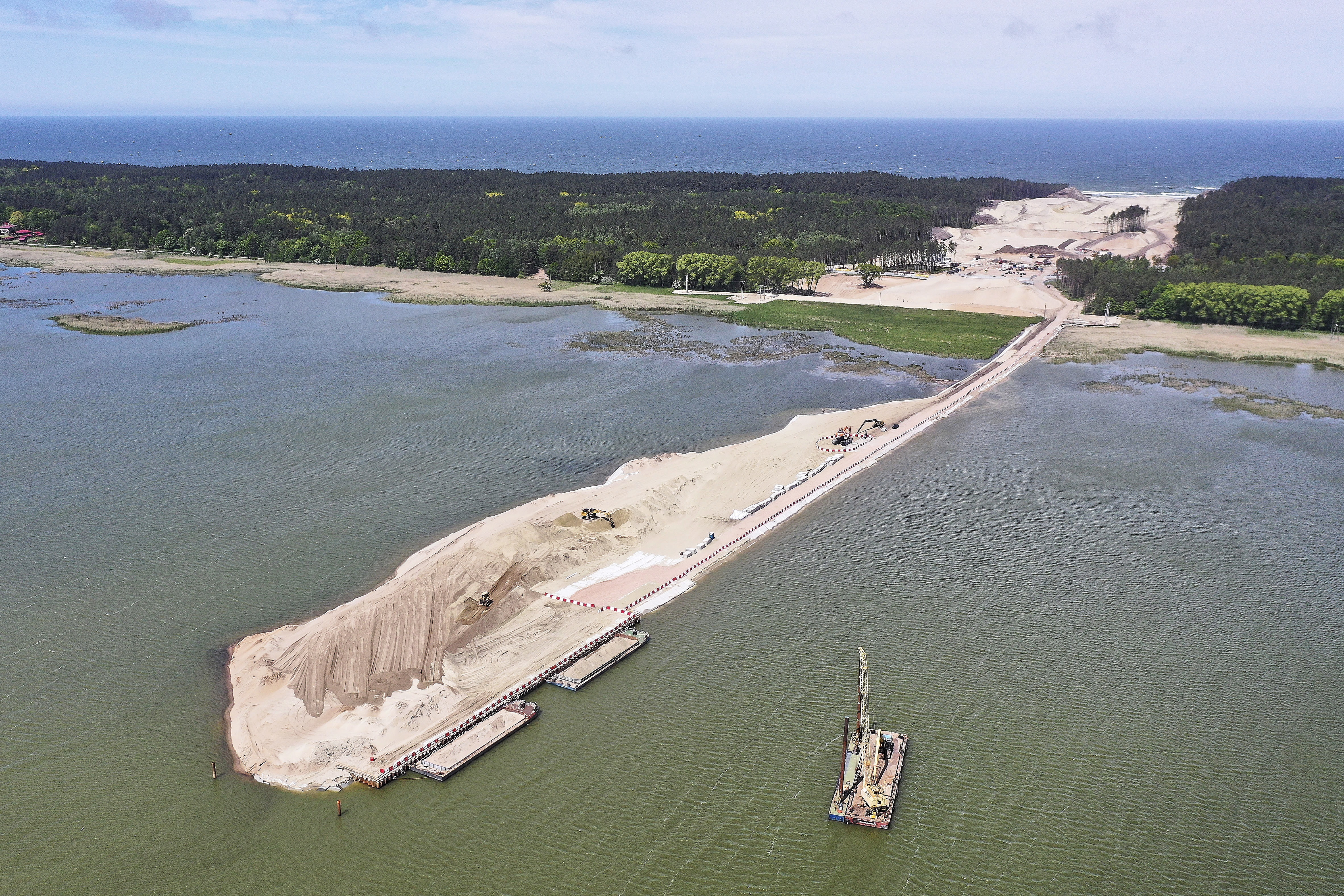 The president stated that major investments such as the shipping channel provided jobs, and named the central-Polish Central Transportation Port (CPK) project as another example of such large-scale undertakings.

The Central Transportation Port, planned as Poland's most important infrastructural investment and a transit hub, will integrate air, rail and road transport. It will be built 37 km from Warsaw and is planned to initially service 45 million passengers annually, rising eventually to 100 million. The first stage of the project is set to be completed by the end of 2027.

Prime Minister Mateusz Morawiecki said during the press briefing that the digging of the Vistula Spit was a symbol of effectiveness and credibility, as well as a sign that it was possible to overcome the impossible in Poland. He added that it was also a test of cooperation between state authorities. In his opinion, this investment was an opportunity for the development of the region, as well for all of Poland.