Shine on: neon glory returns to the streets of Warsaw

Neon lighting has returned to Warsaw’s Marszałkowska Street, one of the capital’s main arteries, in colourful depiction of a modernist vision of the city’s development dating back to the 1920s. Unveiled, or rather illuminated, for the first time on February 7 and called Wielka Warszawa (Great Warsaw) the brand new illumination pays homage to the days when neon’s glow ruled the roost on Warsaw’s streets.

The neon was designed by Arek Vaz and financed from the local government budget after the public opted to put money into project.

Vaz, who publicly uses his artistic nickname, is not only responsible for the concept but also built the neon himself. He is a graduate of the Polish-Japanese Academy of Information Technology Faculty of New Media Arts, where he came across the unusual use of circles in the context of maps and plans for the first time. He chose neon as a form of expression as both a nod to the history and tradition of the city and its increasing popularity. 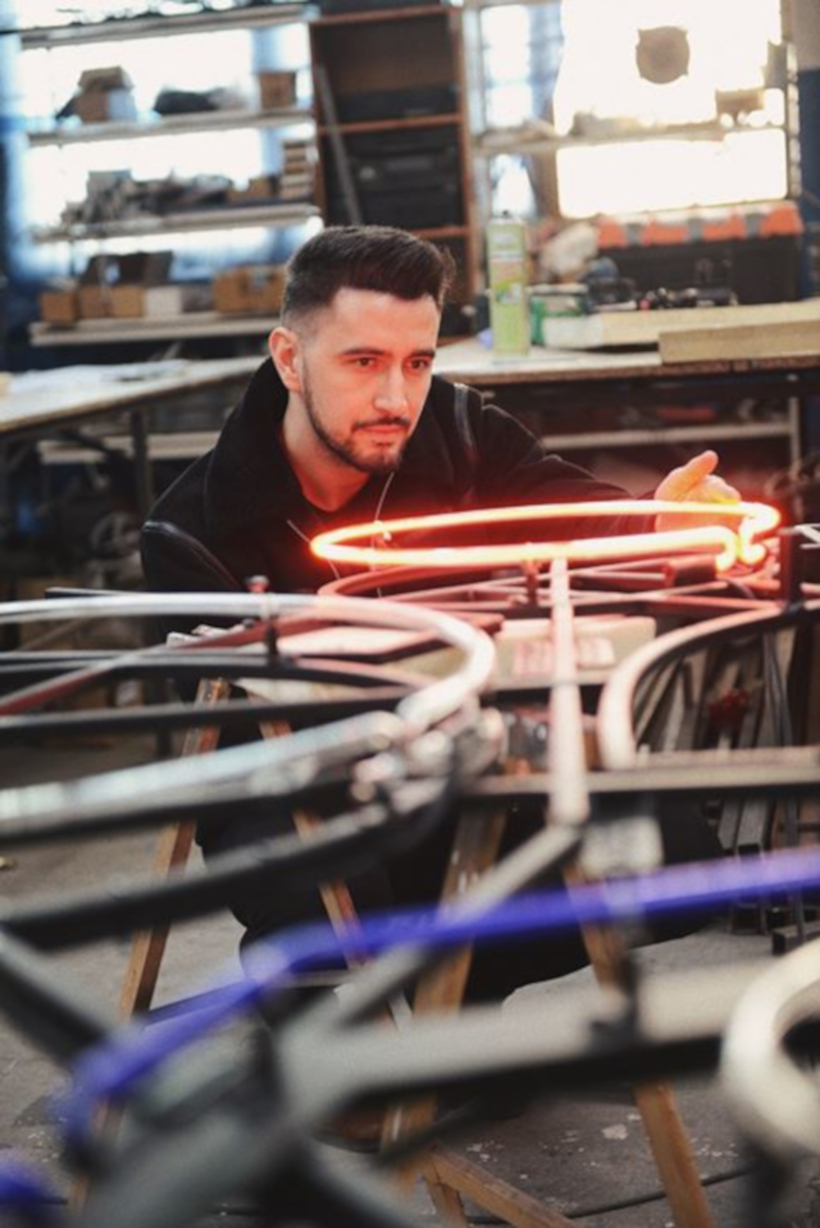 Vaz says the biggest problem was finding the right space for the sign.Dominika Woźniak

Vaz told TFN: “The first Warsaw neon light lit up in 1926 at the intersection of Jerozolimskie Avenue and Marszałkowska Street, it was a bottle of some drink. It was the beginning of the first wave, during which several hundred neon lights were created in the capital.”

The second wave came in the fifties and sixties. The neon lights were not just advertisements, their colourful glow was supposed to give Warsaw a more modern, European feel, and they became an integral element of the urban space.

“Evening lights - these are the symbols of the greatness of the city. The stronger and stronger they burn (...) - the stronger the life rhythm of a community,” wrote Gazeta Polska in 1936, and Vaz adds that he thinks the “quote is still valid.” 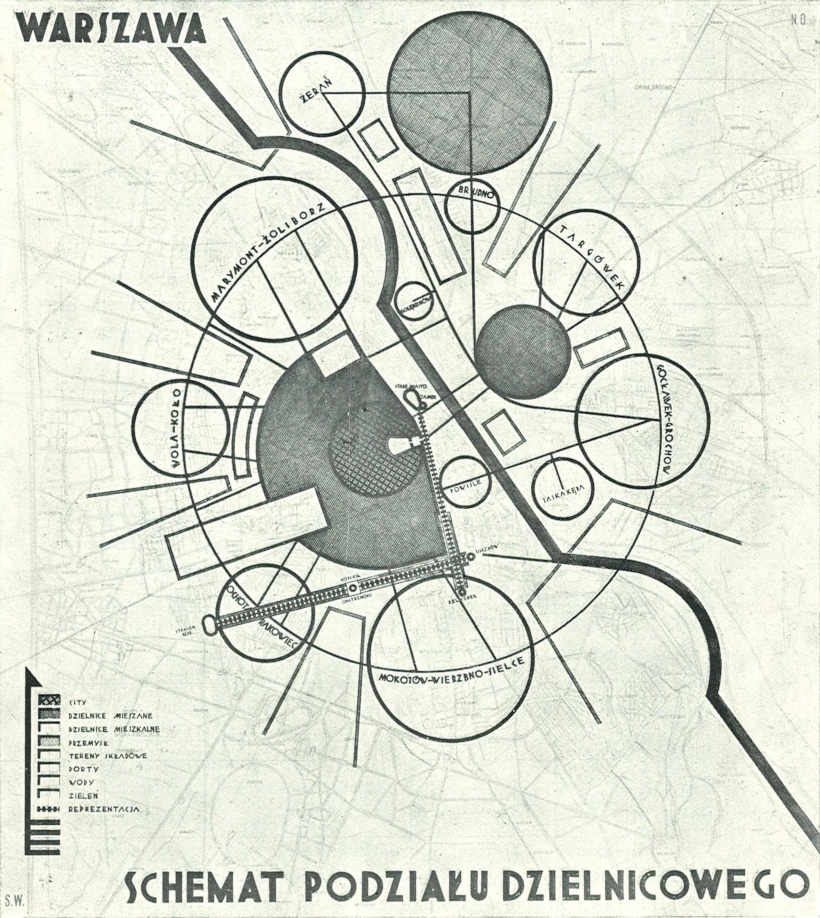 The Wielka Warszawa (Great Warsaw) neon design was based on the 1928 outline of the capital’s development, created by a team of urban planners, architects and technicians under the direction of Stanisław Różański.

The interwar visionaries saw the city grow from one to three millions inhabitants in just 25 years, so they devised new districts, functional areas and communication routes with the rapid expansion in mind. Their dream was tragically halted by the outbreak of World War II and Warsaw’s complete destruction. 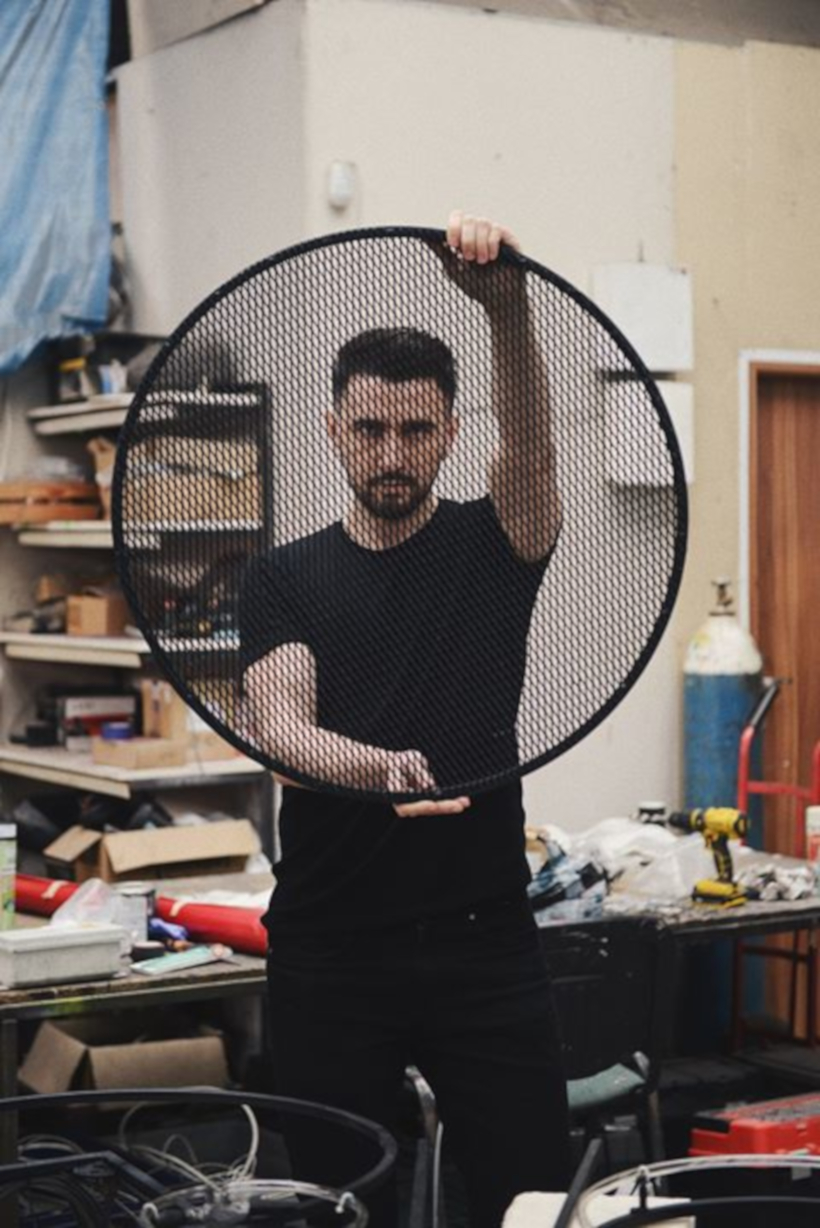 'The first Warsaw neon light lit up in 1926 at the intersection of Jerozolimskie Avenue and Marszałkowska Street, it was a bottle of some drink,' says Vaz. 'It was the beginning of the first wave.'Dominika Woźniak

Now their work is once again present on the streets of Warsaw. It would have been ready a year earlier, if not for troubles with the participatory budget application. “The biggest obstacle was finding the space,” says Vaz. “The average citizen has no knowledge about the availability of places, property rights and other such restrictions, and, to put it bluntly, I have not seen where in Warsaw artistic projects can be created.” 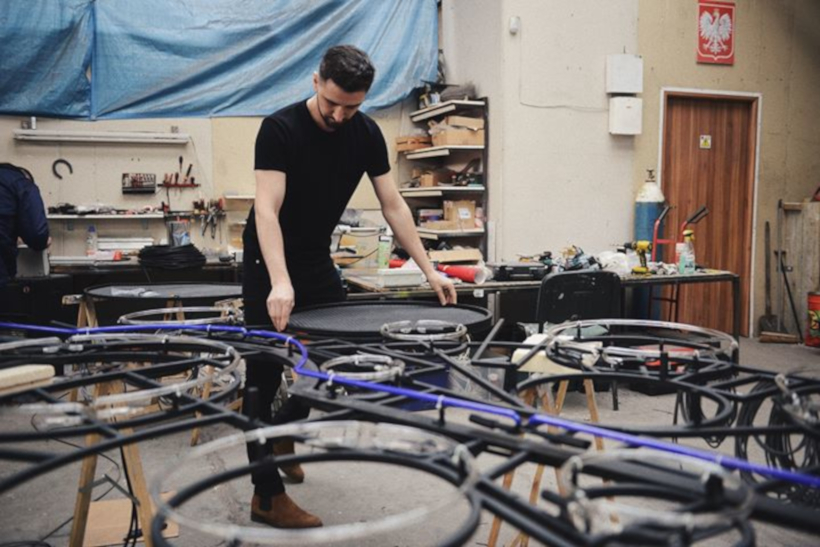 Vaz chose neon as a form of expression as both a nod to the history and tradition of the city and its increasing popularity.Dominika Woźniak

Thankfully, and in no small part due to the popularity of the project, Warsaw’s Office of Architecture and Spatial Planning contacted the artist and offered the façade of their building on Marszałkowska Street, for all the passersby to enjoy the Great Warsaw neon light.