Already pronounced a resounding success, the tenth annual instalment of the Light.Move.Festival has again transformed the streets and skies of Łódź despite the significant challenges posed by the pandemic.

Previously voted as the city’s “greatest success of the last 30 years” in a public poll conducted by Supermiasta, the festival has traditionally incorporated light installations, video-mapping displays, animations, illuminations, music concerts and a wide range of other miscellaneous artistic activities.

Attended last year by a record-breaking 850,000 people over the course of its three-night run, the 2019 event saw visitors follow a looping trail to pass in excess of 40 points of interest that included a cosmic wave, a hugging space and the world’s smallest drum kit. 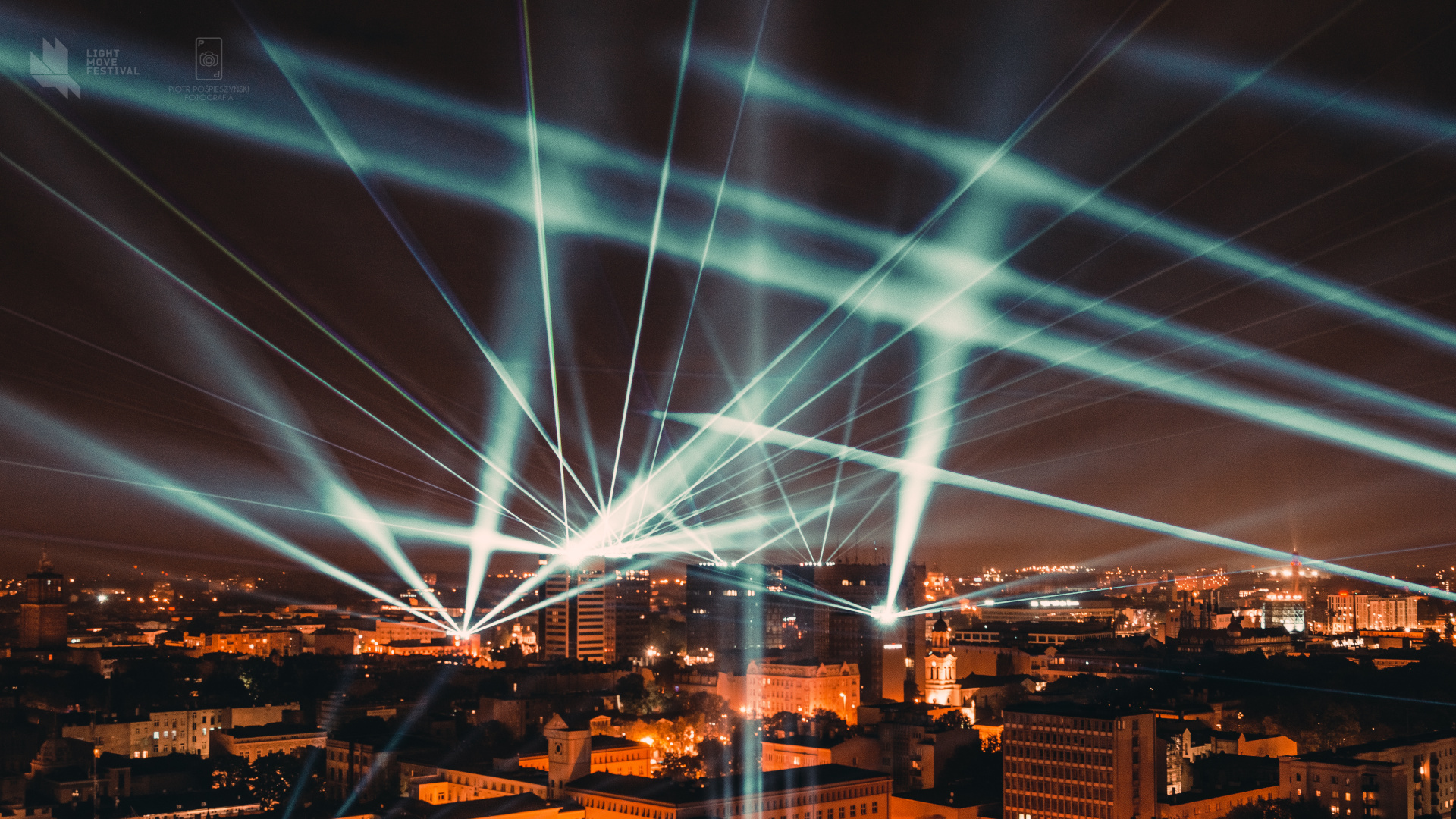 The festival lit up the skies so to stop people concentrating in one place.LMF/Facebook

As ever, though, the primary attractions proved to be the XXL visuals projected onto the city’s tenements and assorted landmarks.

“It’s a festival that unites people and makes them smile,” says Katarzyna Jędruszek, the event’s project manager, “so despite the crazy circumstances of this year it never crossed our minds to cancel it – we knew we’d just have to adapt and present it in a different way.”

Doing so has meant following a stringent set of guidelines not to mention breaking from previous norms. 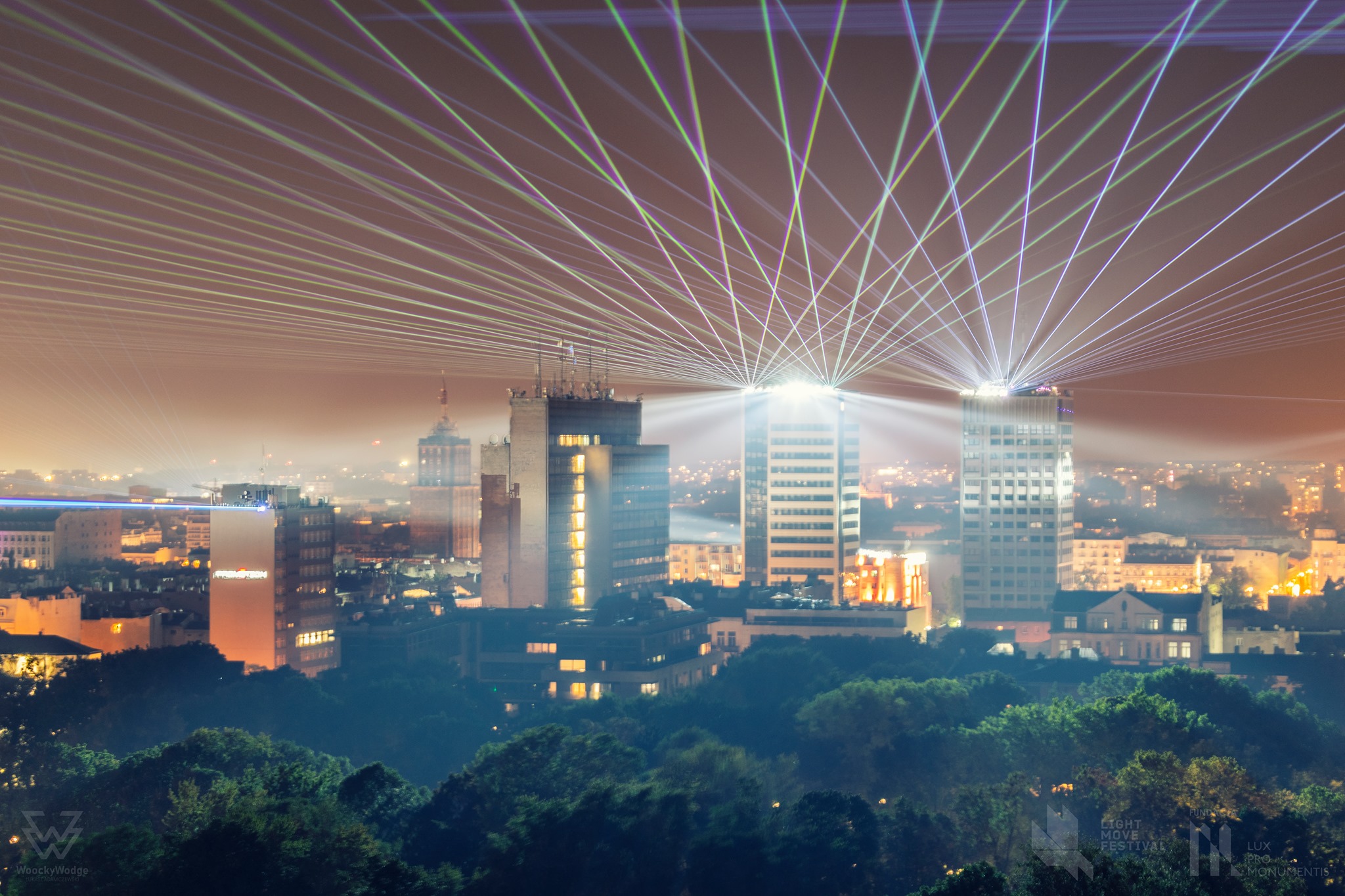 The lamps were placed on tall buildings.LMF/Facebook

“From the start we knew we wouldn’t be able to gather people together,” Jędruszek tells TFN, “so we came up with a plan to present the festival in a different way.”

As such, a “canopy of light” has been created utilizing high points dispersed around the city.

“People can still walk around the town,” she says, “but by spreading the lights out we’ve ensured that visitors aren’t gathering on one specific street or in front of certain key buildings – that was the main aspect ruling our decisions.” 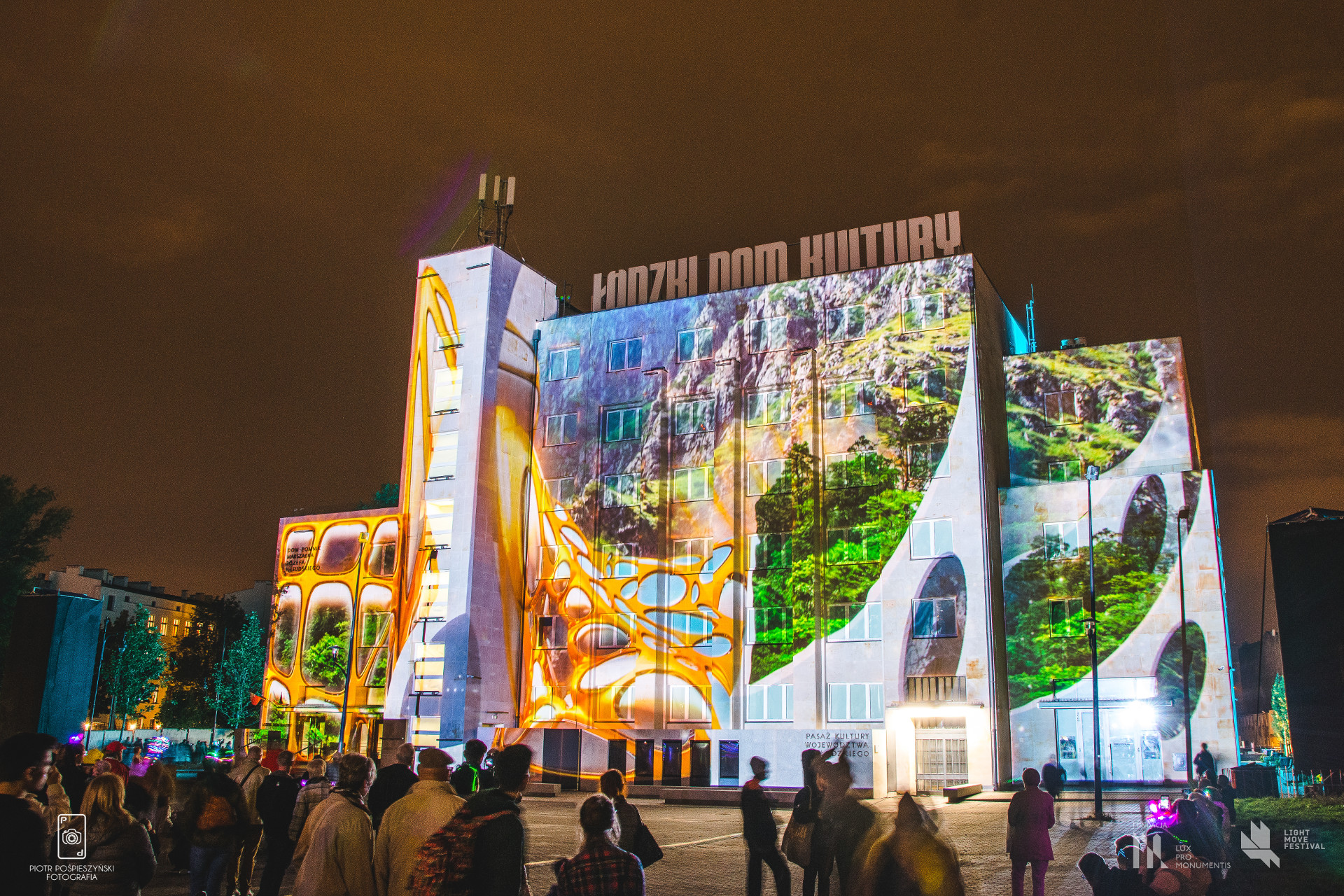 In the past buildings were illuminated to pull in the crowds.LMF/Facebook

Positioned in 10 different locations, among them the Manufaktura retail and leisure complex, the Orion Business Tower, the Ilumino residential block and the Brama Miasta business centre, the strategy saw these “light spots” each fitted with state-of-the-art beam lamps to create an electrifying light show dancing across the cityscape.

“In deciding which buildings to use we chose completely different landmarks from usual,” says Jędruszek. “We didn’t need the beautiful facades that are required for video mappings, instead what became more important was the height of the structures.

“I’m really happy that we’ve highlighted different parts of the city compared to usual,” she continues, “and in spite of the prevailing situation we’ve still managed to paint a beautiful picture of Łódź.” 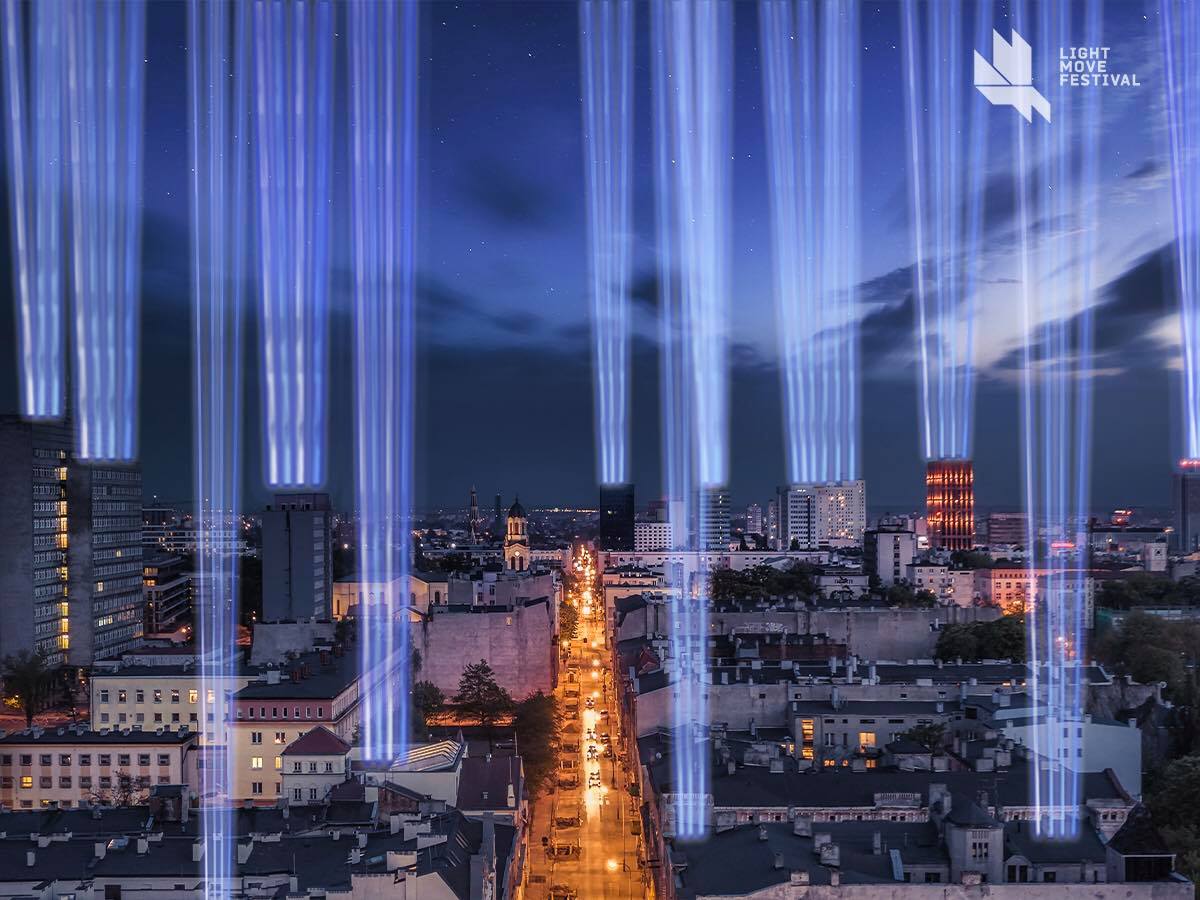 “We want people to experience the togetherness of previous festivals,” says Jędruszek, “just not in the traditional way.”LMF/Facebook

The innovations have not ended there; taking the show online, thousands have logged on to view DJ sets, workshops, panel discussions and concerts involving such star names at Mela Koteluk. In all, over 150,000 viewers are estimated to have watched Friday evening’s climax and even more are expected to tune in to watch the festival culminate on the night of September 27.

“We want people to experience the togetherness of previous festivals,” says Jędruszek, “just not in the traditional way.”

In addition, the organizers of the LMF have also launched a social action titled Light of Hope. Aimed at reminding the public as to the importance of “life, health and social solidarity”, the civic initiative saw the production of special lanterns made in the shape of two historic tenements found on the city’s Piotrkowska Street. 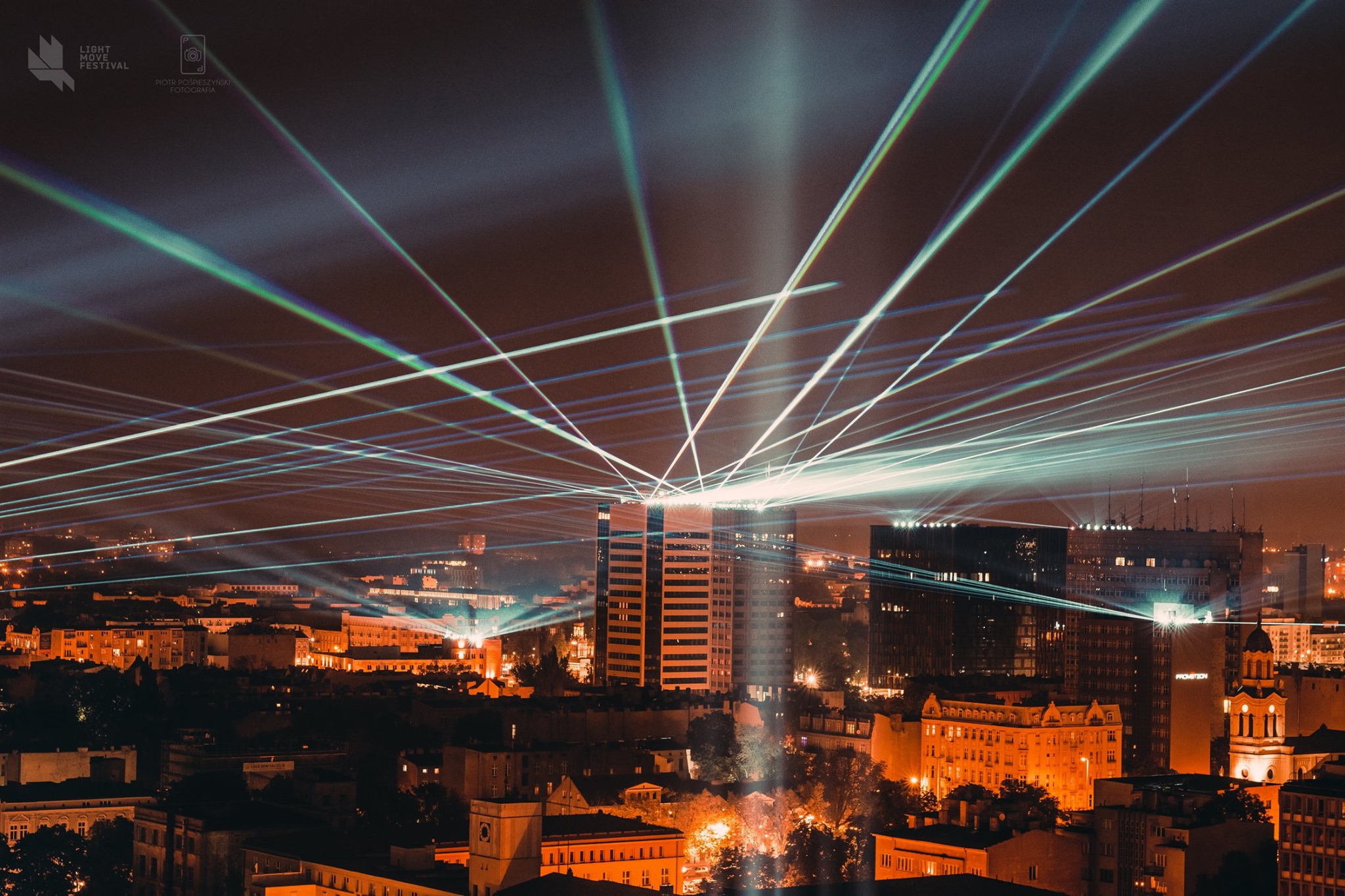 “It’s a new tradition we wanted to start,” says Jędruszek, “with this year’s action dedicated to those serving on the frontline in the fight against Covid-19.”

Placed on balconies and windowsills, organizers hope to cast Łódź in a warm, enticing glow. “We want people to join us by creating a festival of light in their own homes,” adds Jędruszek. “It’s rarely been more important to feel light in our homes.”

Though understandably not as grand as past events, this year has already gone down as a triumph of spirit over adversity. 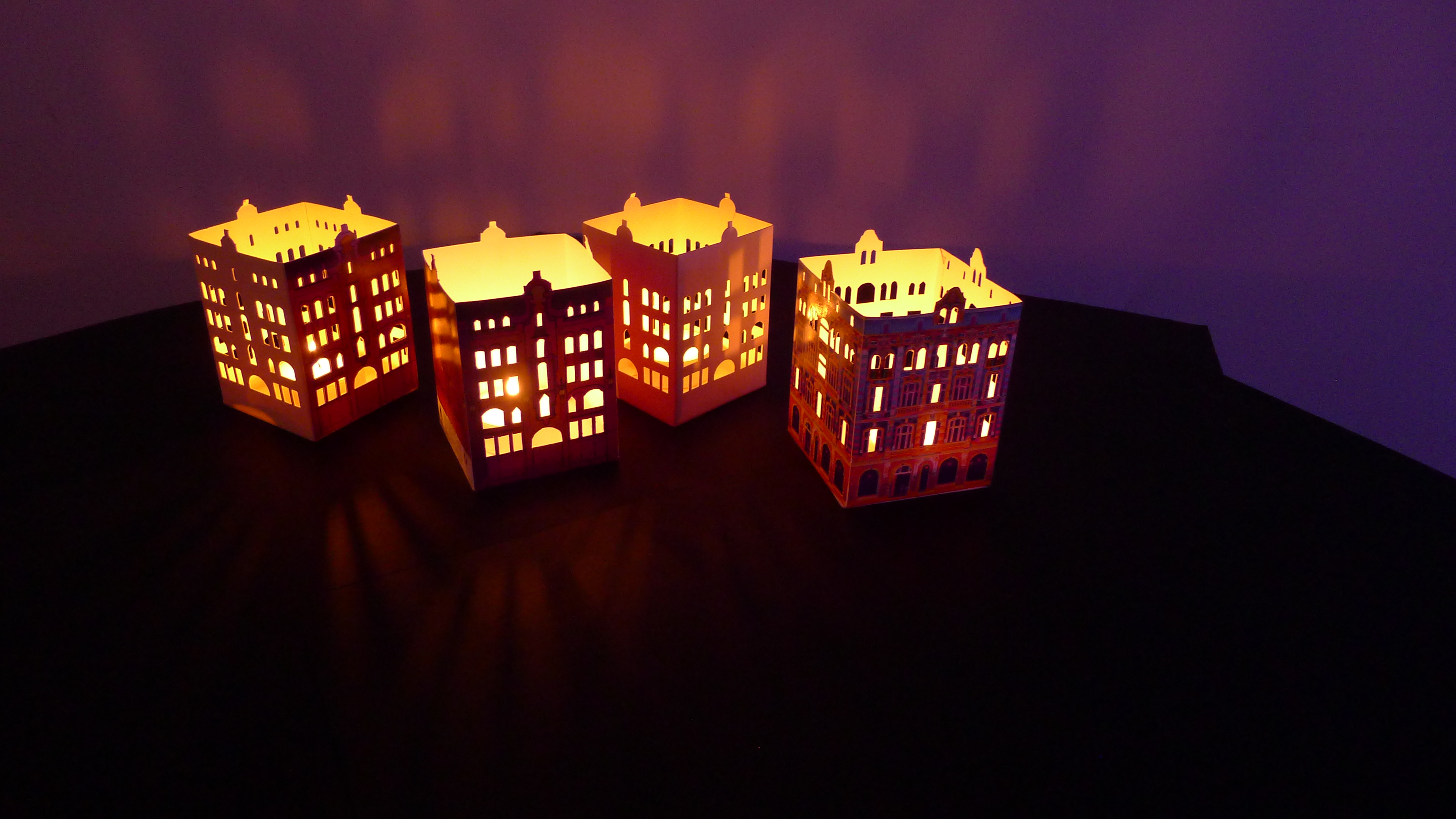 “I hope when they look back at this in years to come, people will remember that we never gave up,” concludes Jędruszek. “We fought for what we love. We fought to bring this festival to the public. This year might have been totally insane, but I think we’ve demonstrated why love, hope and light should never leave our lives.”

Falling in love again! Kraków’s Podgórze district is full of mystery and desire