With her work visible across the country, domestically it’s a portfolio that includes the billboard campaign for the current hit thriller Hejter, magazine covers for Newsweek and Elle, murals for Costa Coffee and interior wall art for Skanska and the Warsaw Puro hotel.

In 2007, Osadzińska was named by Via Moda magazine as the “Discovery of the Season”. Pictured: artwork for Mercedes Benz.Olka Osadzińska/Facebook

Given her flourishing reputation, it’s a surprise, therefore, to learn of her lack of formal artistic qualifications.

Raised in Warsaw, she attended Medical School but by her own admission quickly became “notorious” for switching courses. Crossing to study Science of Culture at the city’s university, it was after graduation that she flirted with the idea of developing her burgeoning interest in graphic illustration by attending art school. 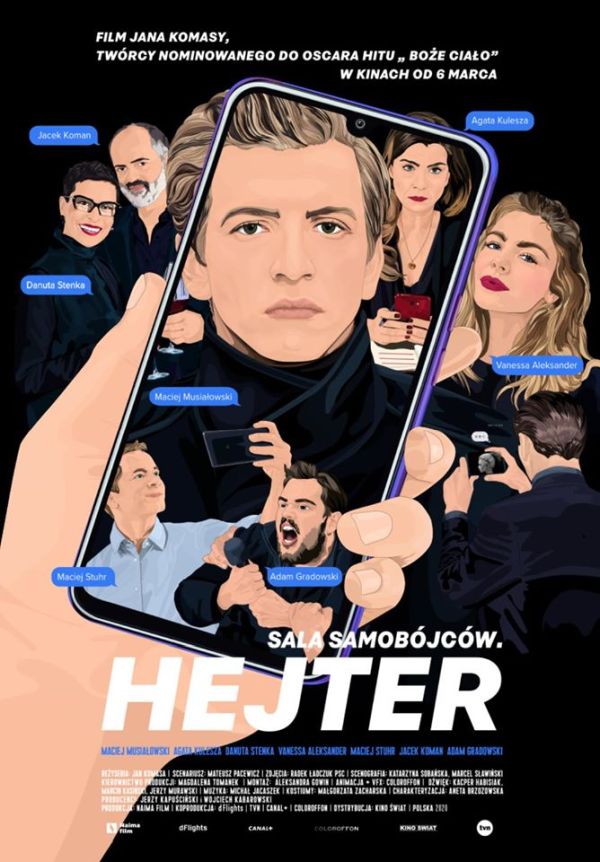 With her work visible across the country, domestically it’s a portfolio that includes the billboard campaign for the current hit thriller Hejter.Olka Osadzińska/Facebook

“I was born in 1984,” she tells TFN, “so I’m from that generation that only first enjoyed high speed internet late on in high school. As such, I found myself geeking out over the internet and the first blogs that were emerging in that era.”

Through this passing interest she developed a fascination with the illustrated art she found showcased online, and that passion grew stronger still after a friend used Microsoft Paintbrush to transform a photo she had taken. 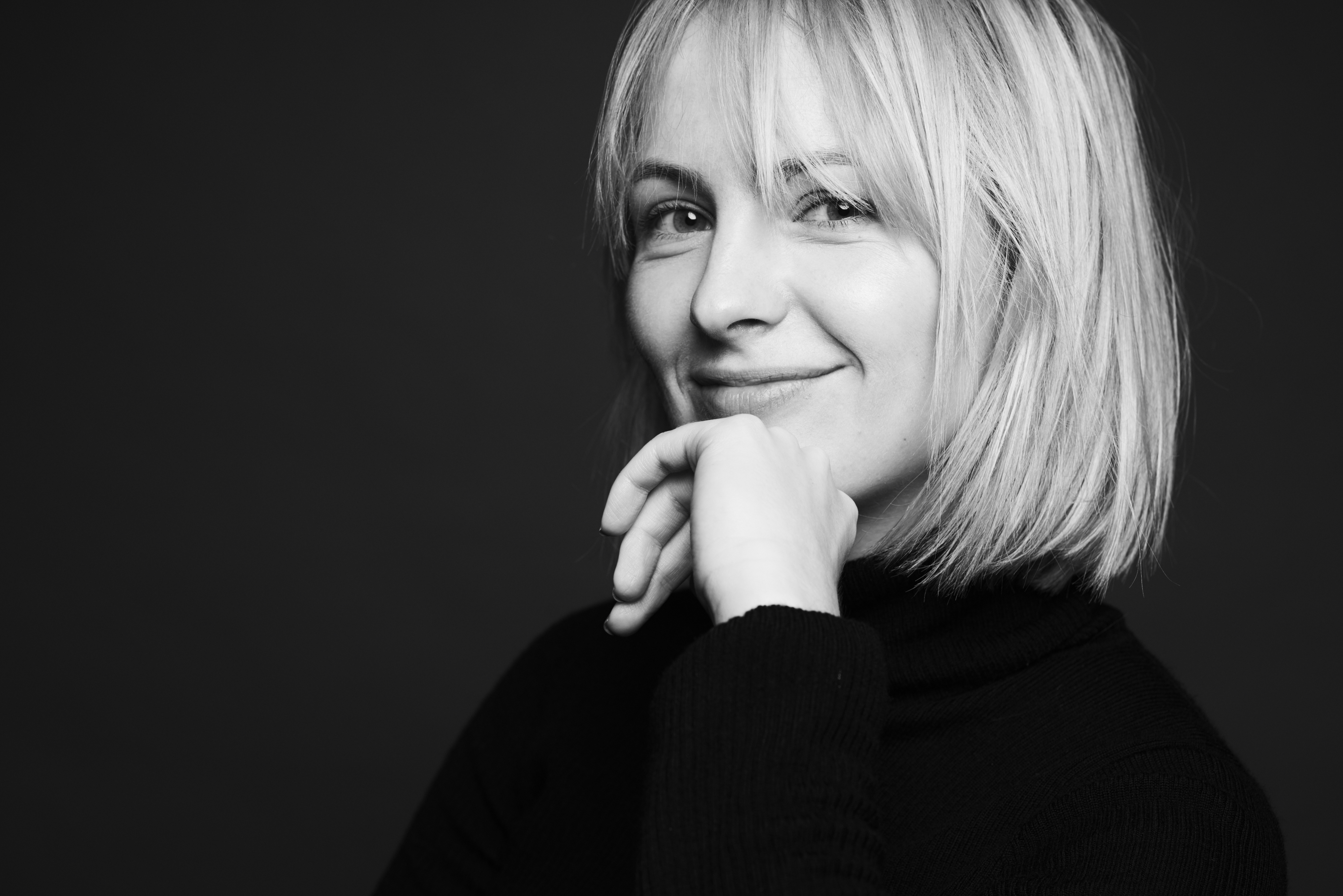 Raised in Warsaw, Olka attended Medical School but by her own admission quickly became “notorious” for switching courses.Adam Pluciński

“I thought it was some kind of magical skill,” she says, “so when she showed me how she’d done it I couldn’t get enough.”

Her own illustrated blog followed, along with early commissions acquired through word-of-mouth. 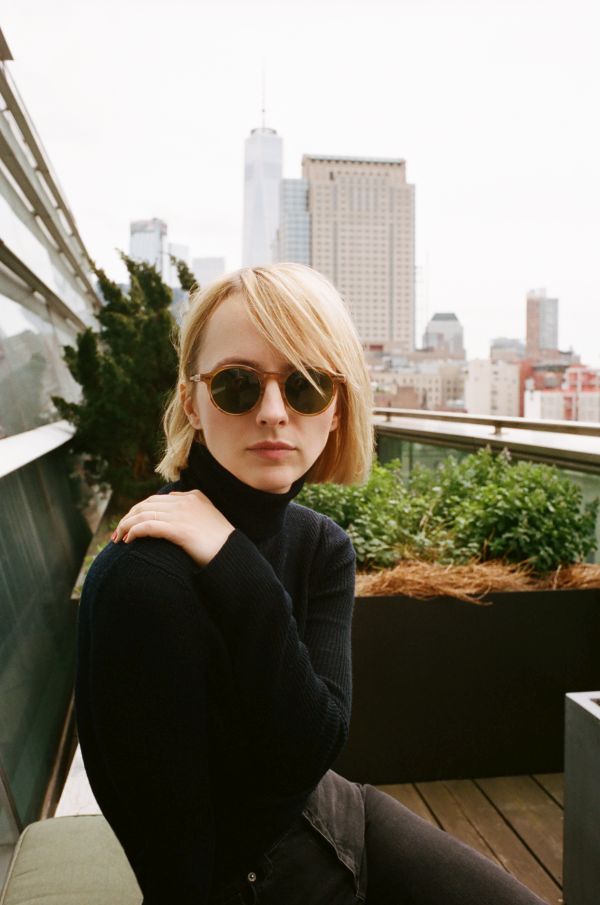 After sending out 350 emails to firms across the world, she was eventually accepted by the prestigious New York-based Vault49 Design Agency.Stanisław Boniecki

“I thought about art school to reach the next level,” she recalls, “but a colleague essentially told me that I already knew the basics of what I was doing, and also had the contact network that you gain through such schooling – an internship, they said, would probably be better.” So it proved.

Instead choosing to fire out 350 emails to firms across the world (“It was cut-and-paste stuff, asking people if they needed someone to make the coffee and do their printing!”), she was eventually accepted by the prestigious New York-based Vault49 Design Agency where she found herself learning her trade with some of the best in the business. 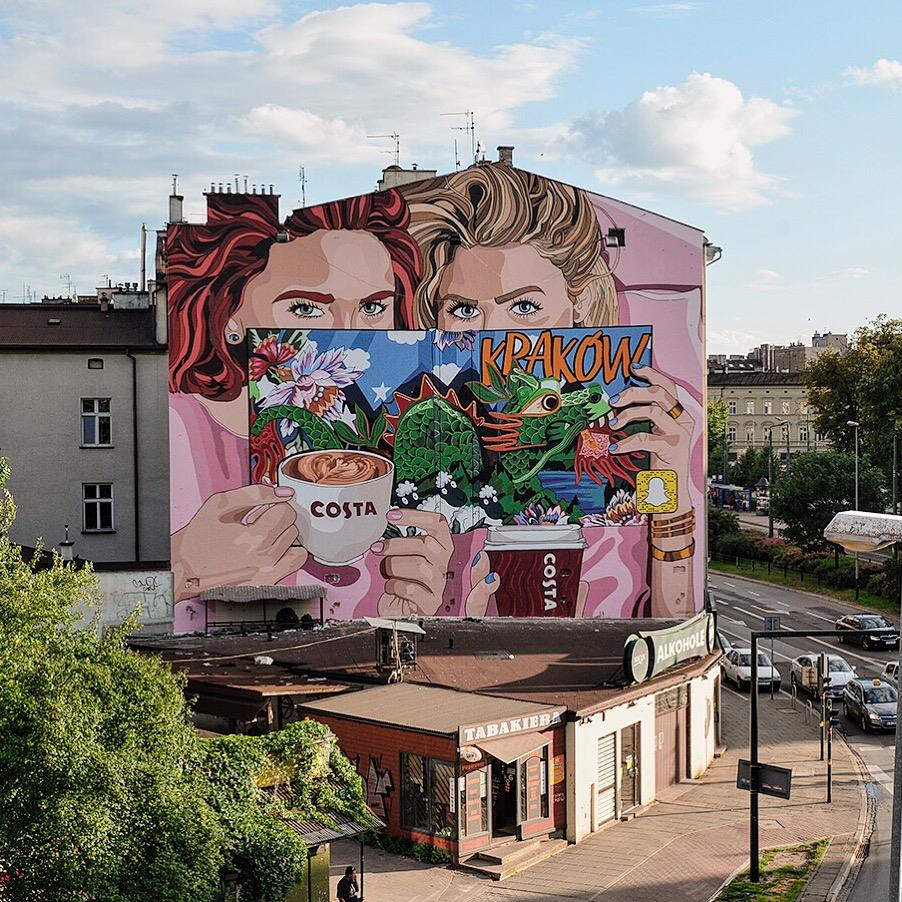 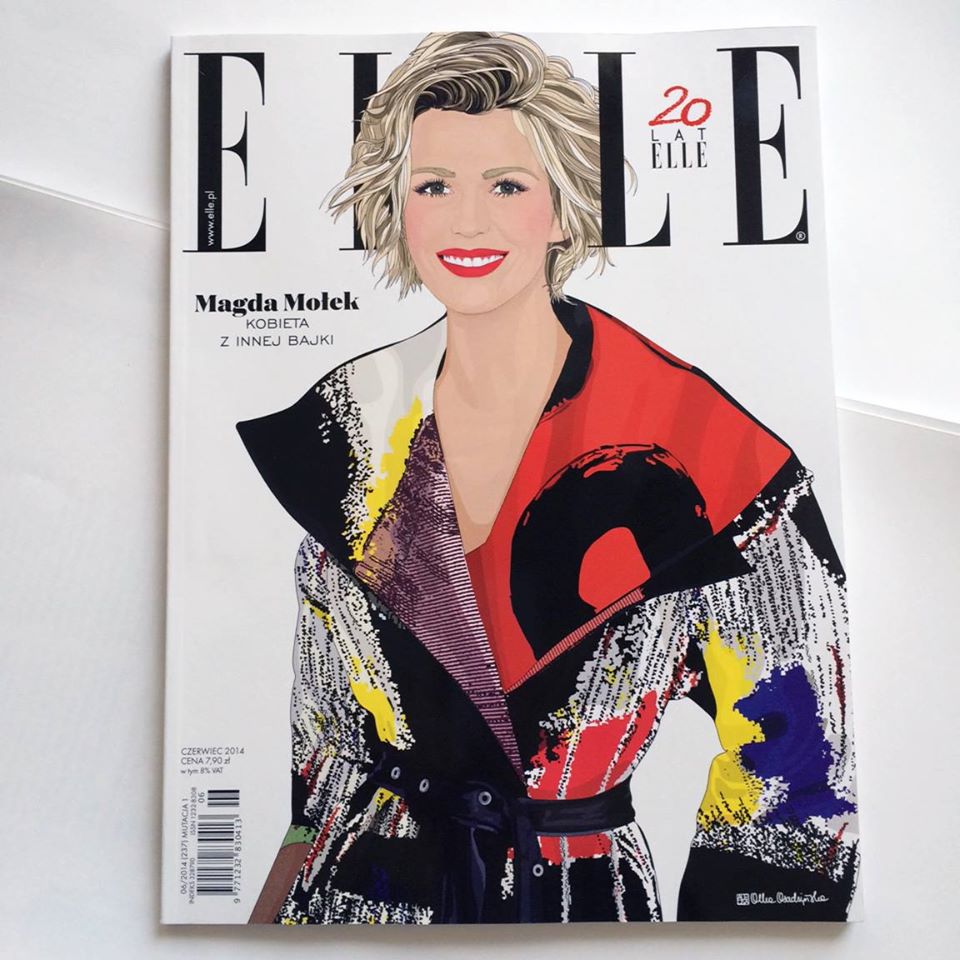 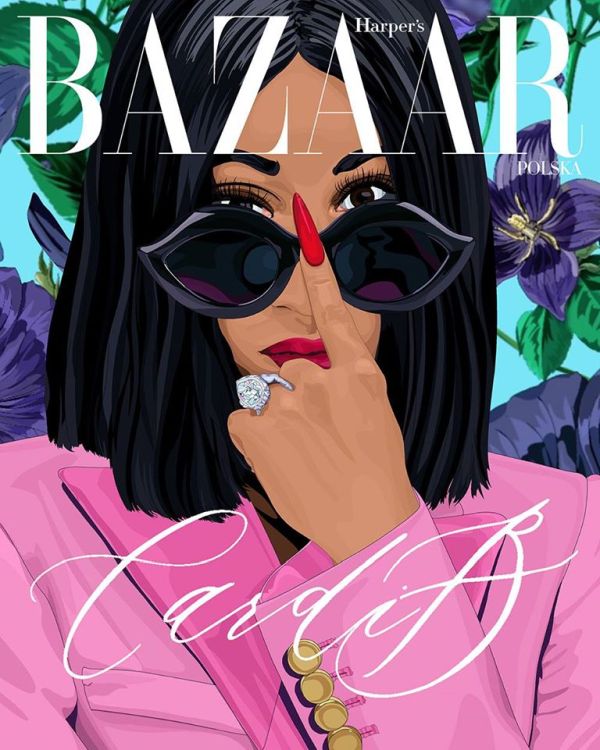 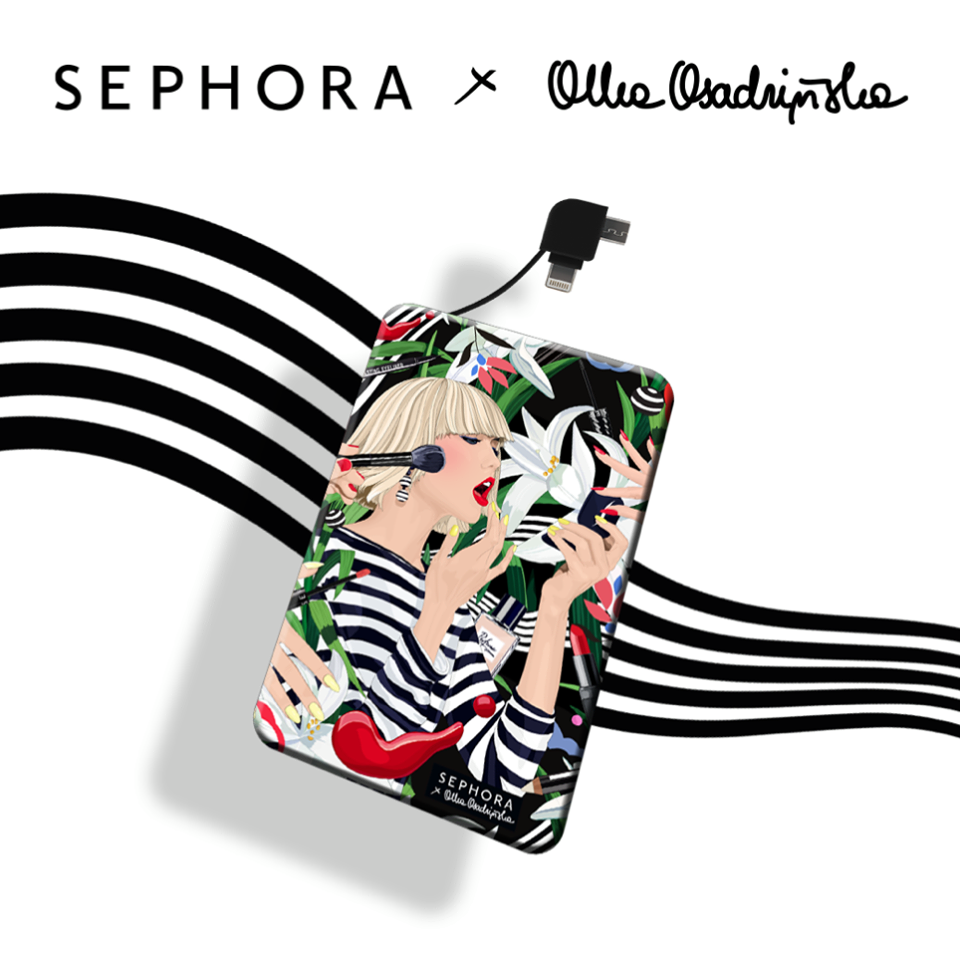 Returning to Warsaw in 2007, Osadzińska’s work was greeted with such enthusiasm that she was named by Via Moda magazine as the “Discovery of the Season”. A watershed moment, it provided the affirmation she had sought as to the path her career should follow.

“At the time my work was heavily inspired by the photographs of Mark Hunter, who was something of a legend of the early 00s Los Angeles party scene,” she says. “He was a pioneer of street-style party photography, and my illustrations tended to be of glamorous girls and cool guys: there wasn’t much of a story, it was more about catching the energy of the moment.” 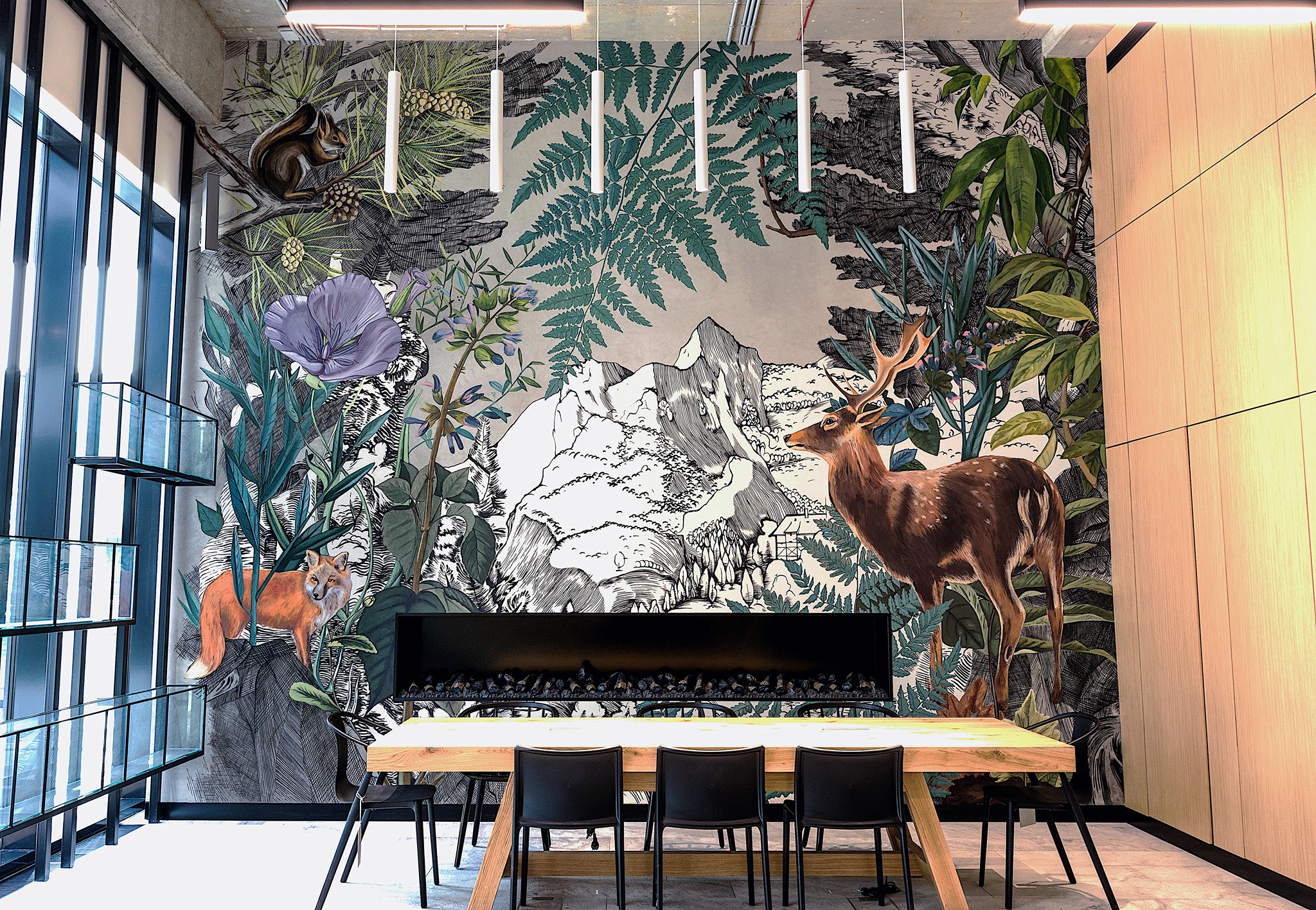 Falling into Warsaw’s own thriving club scene, it was this youthful dynamism that greeted her that she so confidently depicted.“Around 2010 or 2011 though I found myself at a party and realized, woah, I’m older than everyone else! It was then I started questioning who I was drawing for and who my target audience really were. 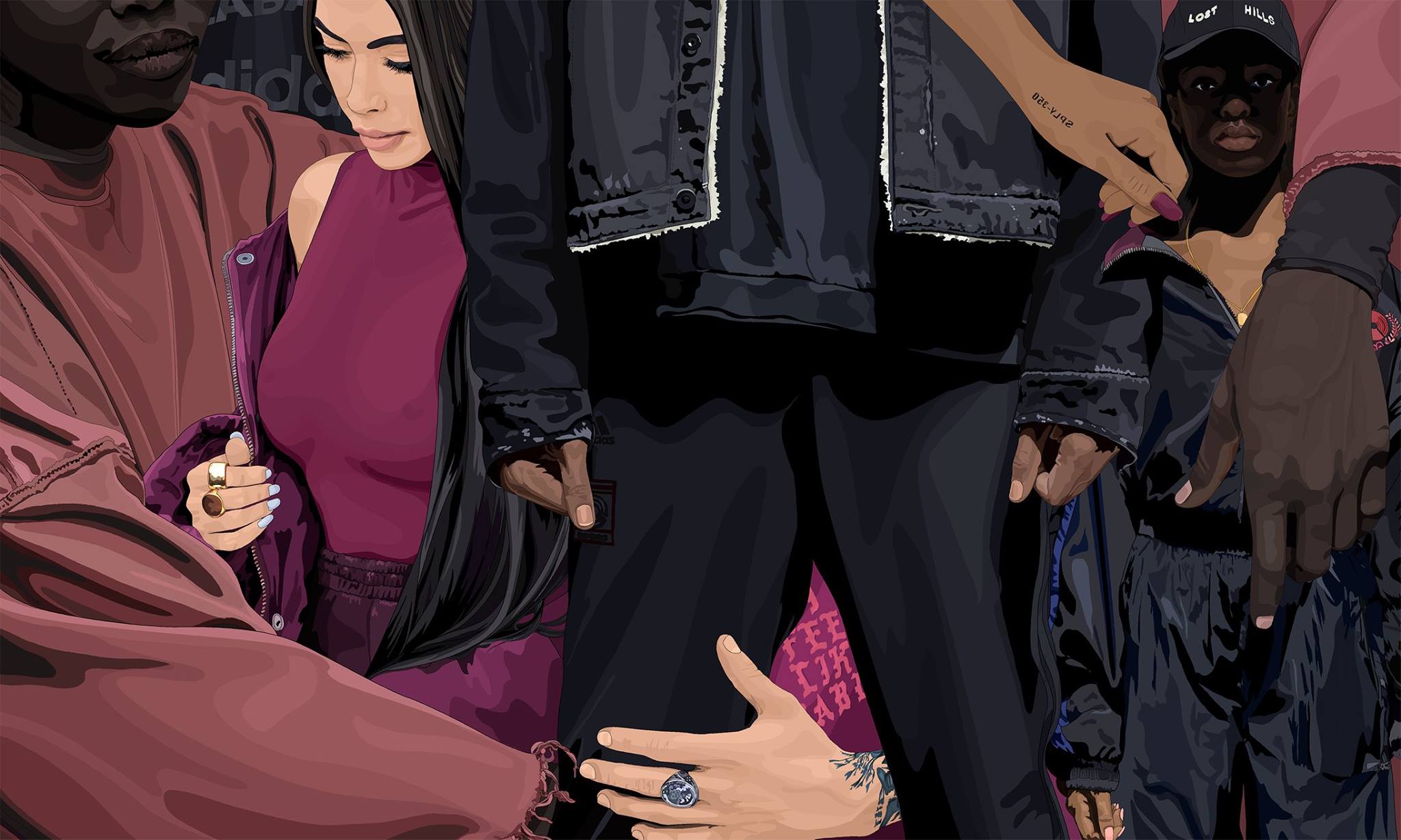 Her work has travelled the world as shown in this Adidas v Nike project in South Korea.Olka Osadzińska/Facebook

“That was when I moved more towards elegant fashions rather than ‘hip hop and glam’.”

The move coincided with a quick upturn in commercial work, and her style further evolved when she moved to Berlin in 2014. 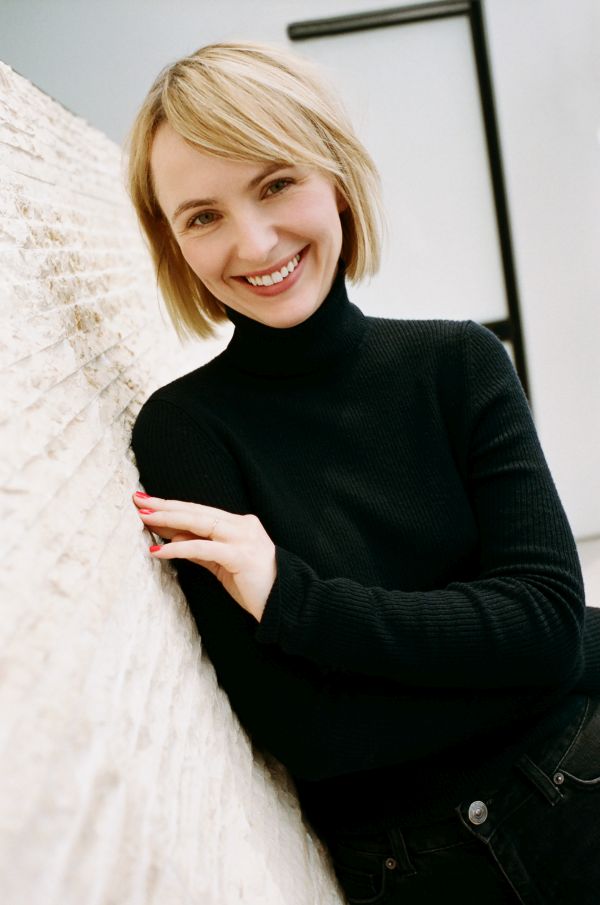 Olka said she began to focus her work on elegant fashions rather than ‘hip hop and glam’ after realising she was the oldest person in the Warsaw clubs she was going to.Stanisław Boniecki

“Warsaw is really cool,” says Osadzińska, “but all of a sudden I had this realization that for 15-years I’d just been drawing white girls. Being in a more international environment helped my work become more diverse.”

Learning to “reinvent” herself with each new project so as to treat every commission with a “fresh mind”, she describes her work as “emotional” and driven by the idea of “restoring balance to the visual pollution that surrounds us.”

A lot of Olka’s earlier paintings were inspired by the work of photographer Mark Hunter.Olka Osadzińska/Facebook

“There’s an assumption that people are stupid,” she says, “so you find many brands trying to shout their message to announce ‘hey, I’m here’. People are experimenting without thinking first of how it will impact those on the receiving end – it’s overwhelming. 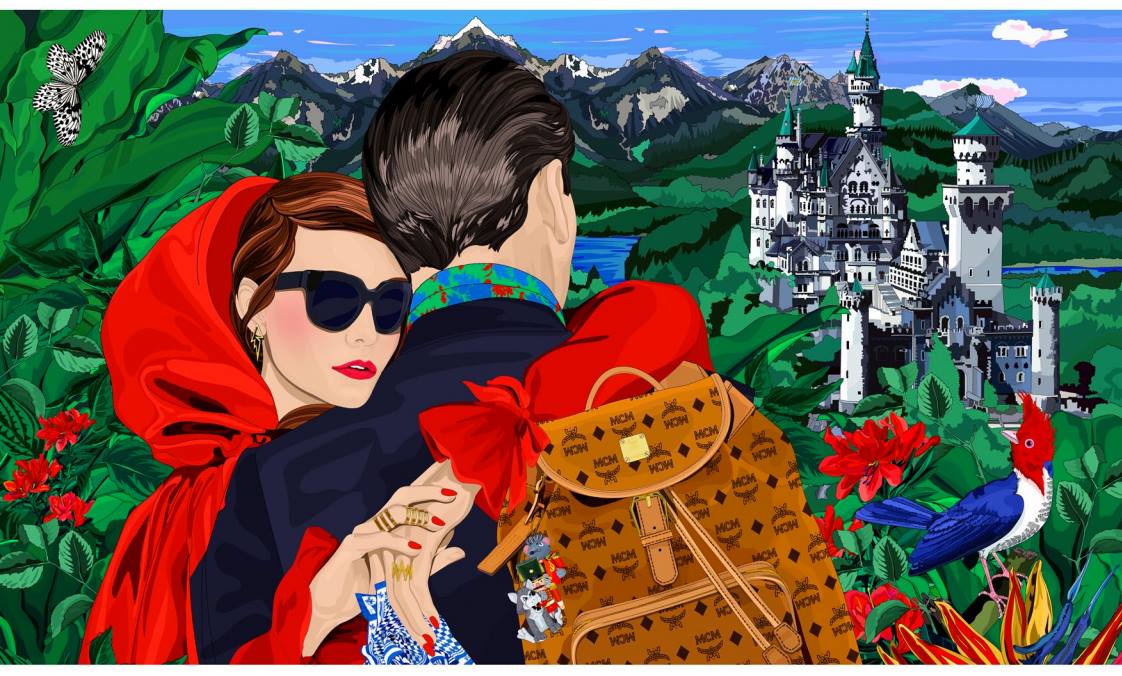 “Instead,” she adds, “I’m striving for balance. I believe the form should serve – or at least be closely related to – function, so I wouldn’t suggest illustration unless it was a good fit for the brand, product, cause and surroundings. Illustration also allows you to create the world that you would like to exist; you don’t have to rely on things that are already there. It can as well simplify or exaggerate a theme, it can turn it into a metaphor. It can be playful and imaginative or soothing – and these are the reasons why I would suggest it for more commercial projects.”

Of these there has been no shortage, and as Osadzińska’s stock continues to rise her work has grown proportionally in its scope, identity, message and audience. 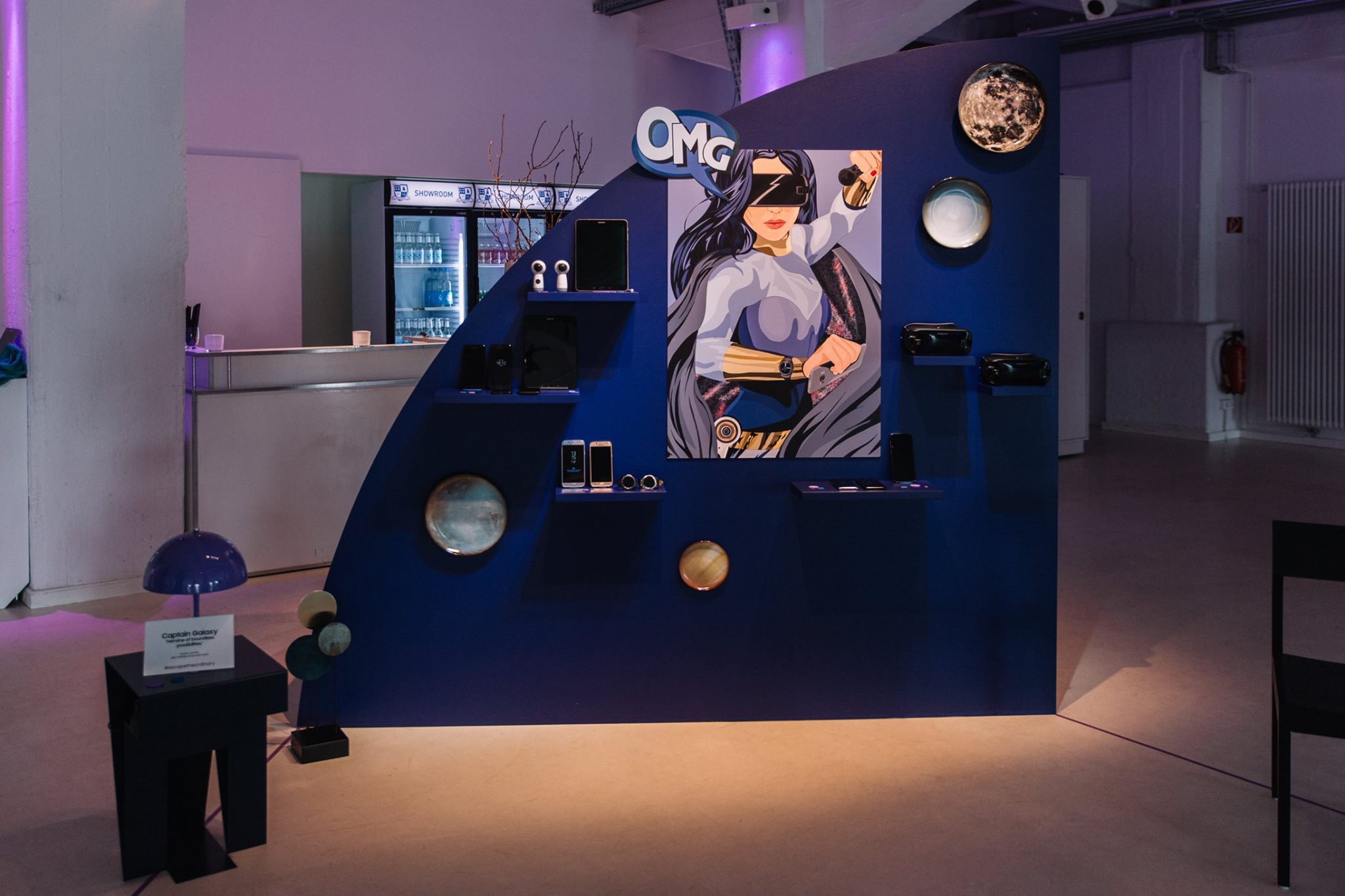 “The criteria on which I judge a successful project include a satisfied client; a well-presented subject; an optimal and creative use of the medium; satisfied end consumers; and, whether or not the actual illustration is strong enough that it could hang on the wall of a retrospective exhibition of my work without any further information. I’d also ask if it pushed boundaries not just in terms of style and design, but also in general inclusivity. 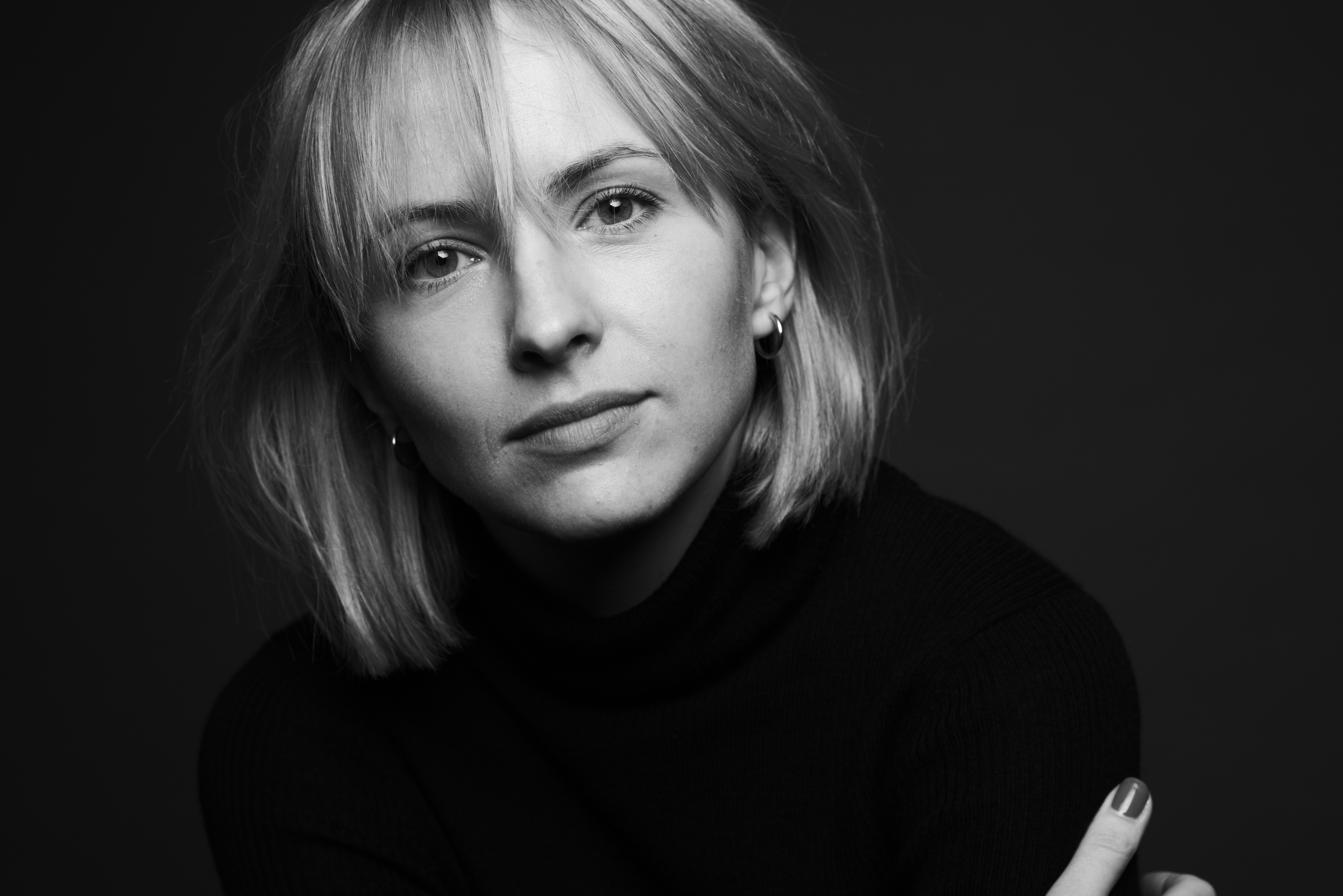 Olka said: “Illustration allows you to create the world that you would like to exist; you don’t have to rely on things that are already there.”Adam Pluciński

“Fundamentally,” she concludes, “illustration should serve a purpose, so in the commercial sense, if the product doesn’t sell, it would be hard for me to consider my work good – so with that in mind I think an illustrator’s work is much less about actual drawing, and much more about figuring things out – solving a problem and designing communication.”

This article was first published in June 2020.