It’s 1924, and the handsome and daring Captain Jerzy Sosnowski has arrived in Berlin, the capital of Germany.

His charisma is not his only asset – he is young, talented, rich and intelligent. He is also an agent of Polish military intelligence.

Germany, recovering after the defeat of the First World War, has signed the Rapallo Treaty with Russia – an agreement that will officially regulate political and economic relations but has, in fact, also given a green light for a new German-Russian military cooperation. Poland is sending agents to the Weimar Germany because it does not feel safe anymore.

Meanwhile, Germany is enjoying brief respite from the horrors of the Great Depression. Berlin is in the throes of the ‘Golden 20s’, an era of fast scientific, cultural and artistic development and Berlin’s high society just wants to have fun. No one more than the young Baroness Benita von Falkenhayn.

An attractive blonde with lively eyes, she is just 24 but has already married for the second time. The marriage, to Colonel Richard von Falkenhayn, provides her with a life of luxury until her husband suffers a serious accident. After falling from a horse, he becomes a cripple with a pension of only 90 marks a month. Von Falkenhayn managed to escape poverty – right into the arms of the 28-year-old, enigmatic (and wealthy) Sosnowski.

Money and a gift for seducing well-connected women are Sosnowski’s main weapons of choice. After a year-long romance, von Falkenhayn learns of Sosnowski’s clandestine operation, but instead of baulking at the revelation, she confesses her love for him.

She also provides him with confidential information from the German Ministry of the Interior.

Taking advantage of her colleagues working in the Reichswehr, but for more valuable details, Sosnowski approaches von Falkenhayn’s friends himself. Each time he uses seduction as his proven strategy for espionage. "I am like God,” he says, “I love all women.” 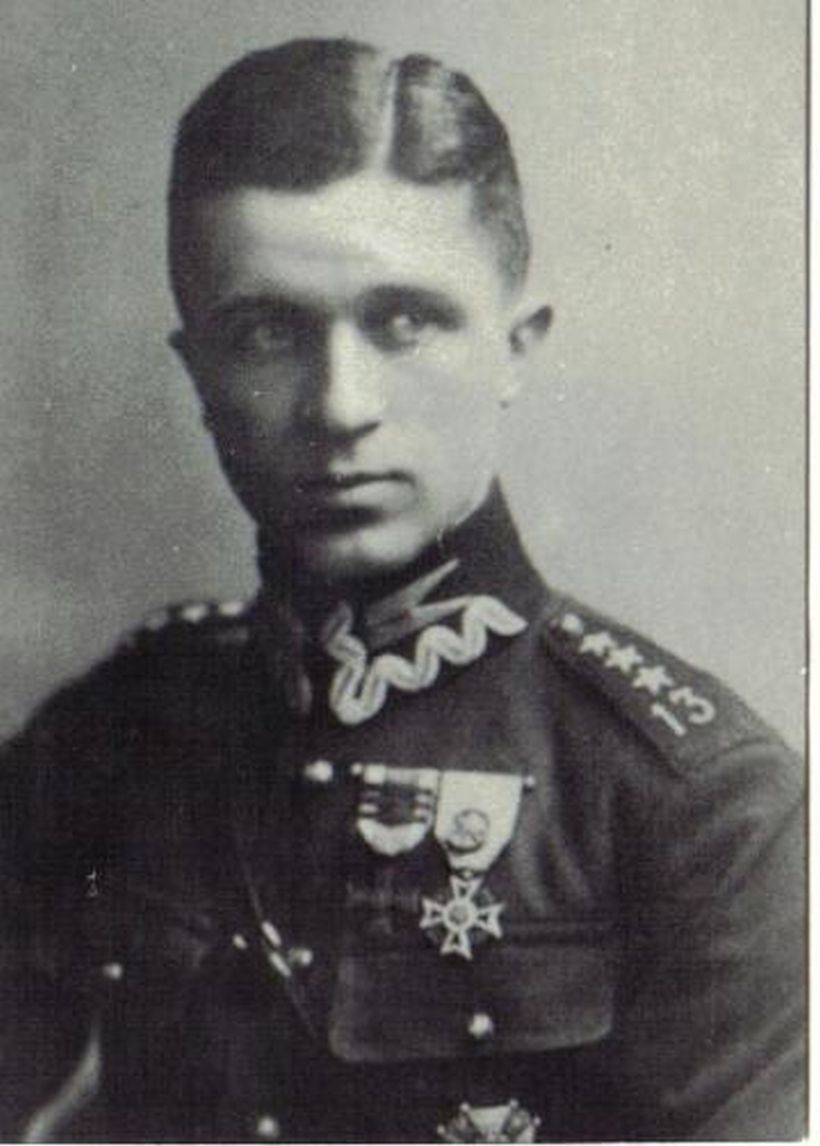 Finally he is found guilty of treason and cooperation with Germany and sentenced to 15 years prison.Rafał Skrzypek/Creative Commons

And his bosses in Warsaw love him. Sosnowski's reports are a goldmine for interwar Poland. He is the first to report about closer German-Soviet cooperation, which in 1939 led to the signing of the Molotov-Ribbentrop Pact, he provides information about German spies in Poland and in 1929 he obtains Organization of War plans (Organization-Kriegsspiel), which includes a list of actions in the event of a war with Poland.

The information comes at a price, though. For Sosnowski’s woman informants will pay for his ‘love’, sometimes even with their lives. Renate von Natzmer, the secretary of the Reichswehr and Sosonowski‘s lover, will be executed by Hitler’s Nazis, while Irene Jena, another of Sosnowski’s conquests, will get a life-sentence.

His lovers, including von Falkenhayn, also draw the interest of the Abwehr German intelligence agency.

In 1932, fed up with rumours of his numerous liasons and indiscretions, von Falkenhayn tries to withdraw from her relationship with Sosnowski. Instead, she marries Josef von Berge, a close friend of Hermann Goering.

Sosnowski's infidelity, however, will also upset another of his lovers: the dancer Lea Niako. She too is a spy, but – unfortunately for the Polish secret agent – she works for the German intelligence agency. Niako decides to take revenge on Sosnowski by reporting him to the Abwehr.

One February evening in 1934, Sosnowski is hosting a ‘morally unrestrained’ party, when the Gestapo storms the apartment and all women cooperating with the Polish spy are arrested, including Benita von Falkenhayn.

Sosnowski tries to help von Falkenhayn, by attempting to marry her so she can become a citizen of Poland and thus avoid punishment. Hitler does not accept the marriage and orders her beheading.

The day before her execution, she sends one final letter to Sosnowski: "Dear Jurek, in a few hours it will be the end of it all. Throughout all my life, I have loved only you. I forgive you everything and hope that I will be forgiven for everything too.”

On February 18th 1935, at 6am, the death toll rings at the Ploetzensee prison in Berlin. Dressed in a black frock, bowler hat and white gloves, the executioner Carl Gropler beheads von Falkenhayn in one deft stroke.

Jerzy Sosnowski, on the other hand, is exchanged by the German intelligence for German spies and is sent back to Poland. There, he is interrogated and accused of collaborating with the Germans. On June 17, 1939, he is found guilty of treason and cooperation with Germany and sentenced to 15 years prison.

He dies in mysterious circumstances.

Love on the barricades

The ‘gentlemanly’ chemist whose pharmacy became a refuge for ghetto Jews