World War Two treasure hunters are closing in on a secret Wehrmacht archive in northern Poland, which if found could reveal explosive details about the failed plot to assassinate Adolf Hitler in July 1944.

The archive is believed to be buried in a barrack in a vast complex of German wartime bunkers in the Mazurian village of Mamerki, not far from the Wolf’s Lair, where Claus von Stauffenberg came within a whisker of eliminating the Nazi leader, which could have ended the war much quicker.

Bartłomiej Plebańczyk from the World War II Museum in Mamerki told TFN: “We have a very good plan of where all the structures are on the site and details provided by the officer who buried the archive, so we think we know where to look.” 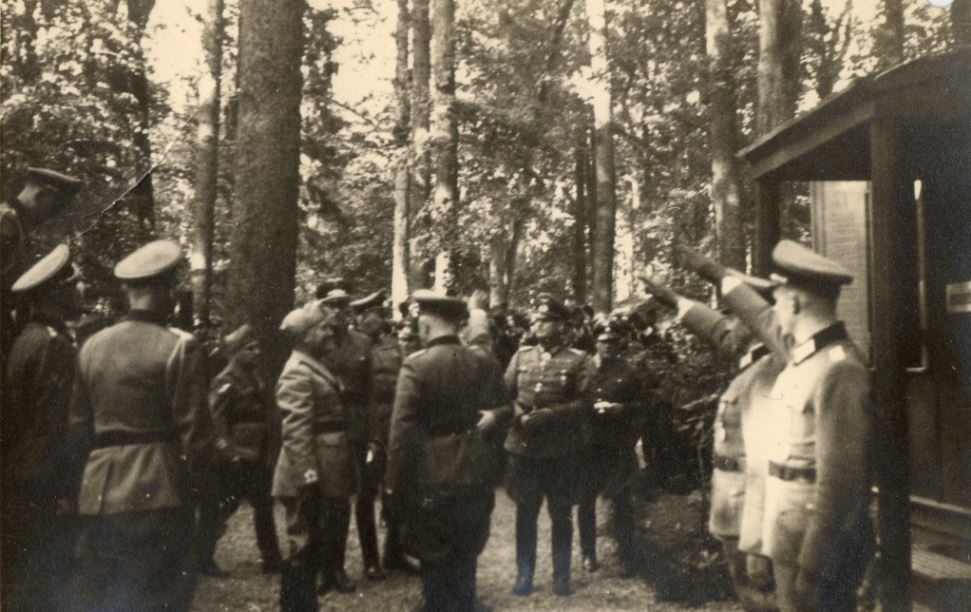 The archive is believed to be buried in a barrack in a vast complex of German wartime bunkers in the Mazurian village of Mamerki, not fair from the Wolf’s Lair where Hitler had his eastern HQ. Mamerki Bunkry

The buried papers are said to contain documents that would have been necessary if the assassination plot had been successful. “There could be draft legal acts, as well as lists of people who were to fill certain positions. This will be of particular interest to people in Germany who will be keen to know if their ancestors were involved in the conspiracy against Hitler,” Plebańczyk said. 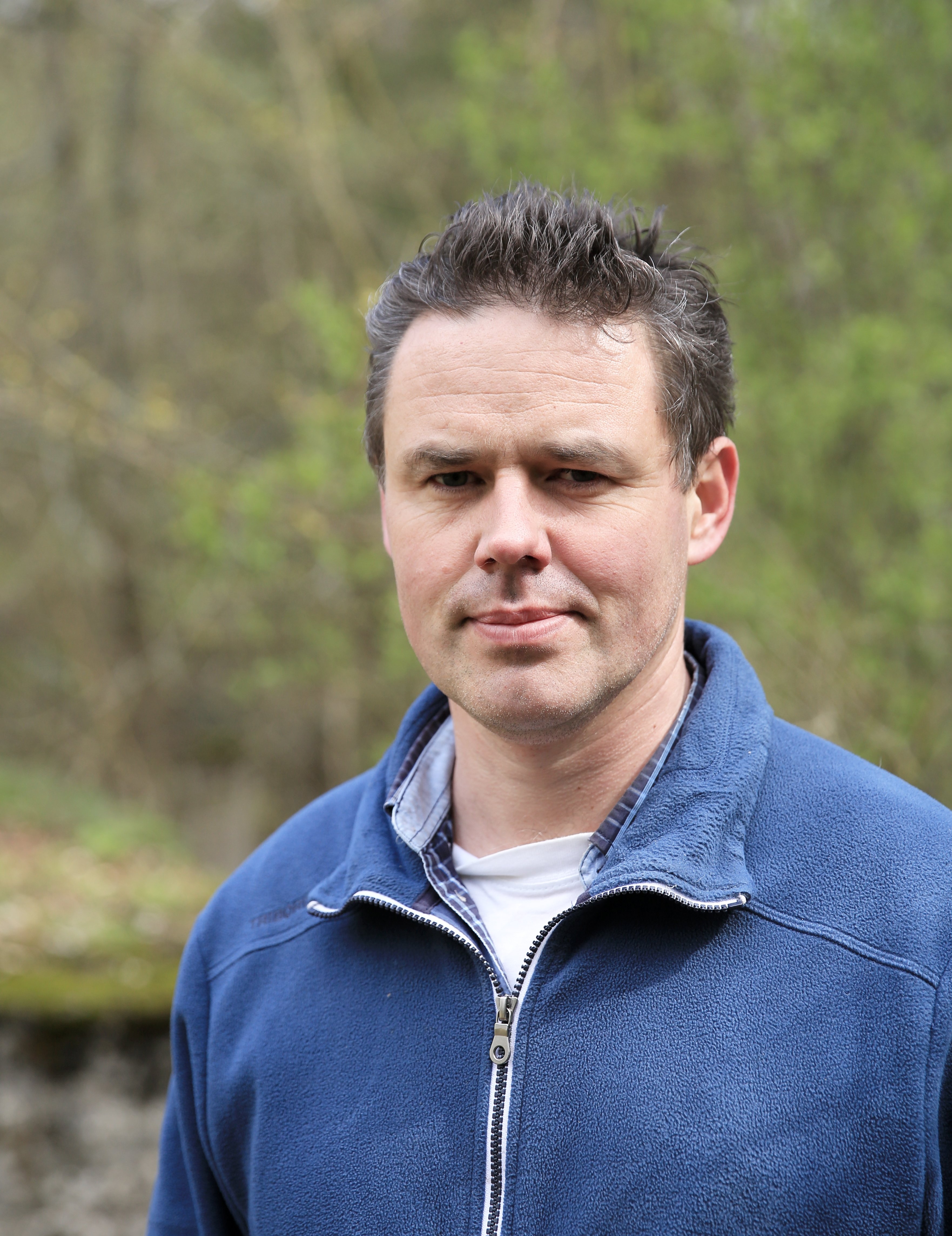 Bartłomiej Plebańczyk from the World War II Museum in Mamerki told TFN: 'We have a very good plan of where all the structures are on the site and details provided by the officer who buried the archive, so we think we know where to look.'Tomasz Waszczuk/PAP

Assisting in the search will be legendary TV presenter and World War Two expert Bogusław Wołoszański. “He discovered the memories of one of the intelligence officers who was involved in the assassination attempt on Hitler. On the day of the attack the officer says that in the vicinity of the barrack in which he lived, and we know which barrack it is, he tried to hide the documents that were prepared in case the attack was successful,” Plebańczyk said. 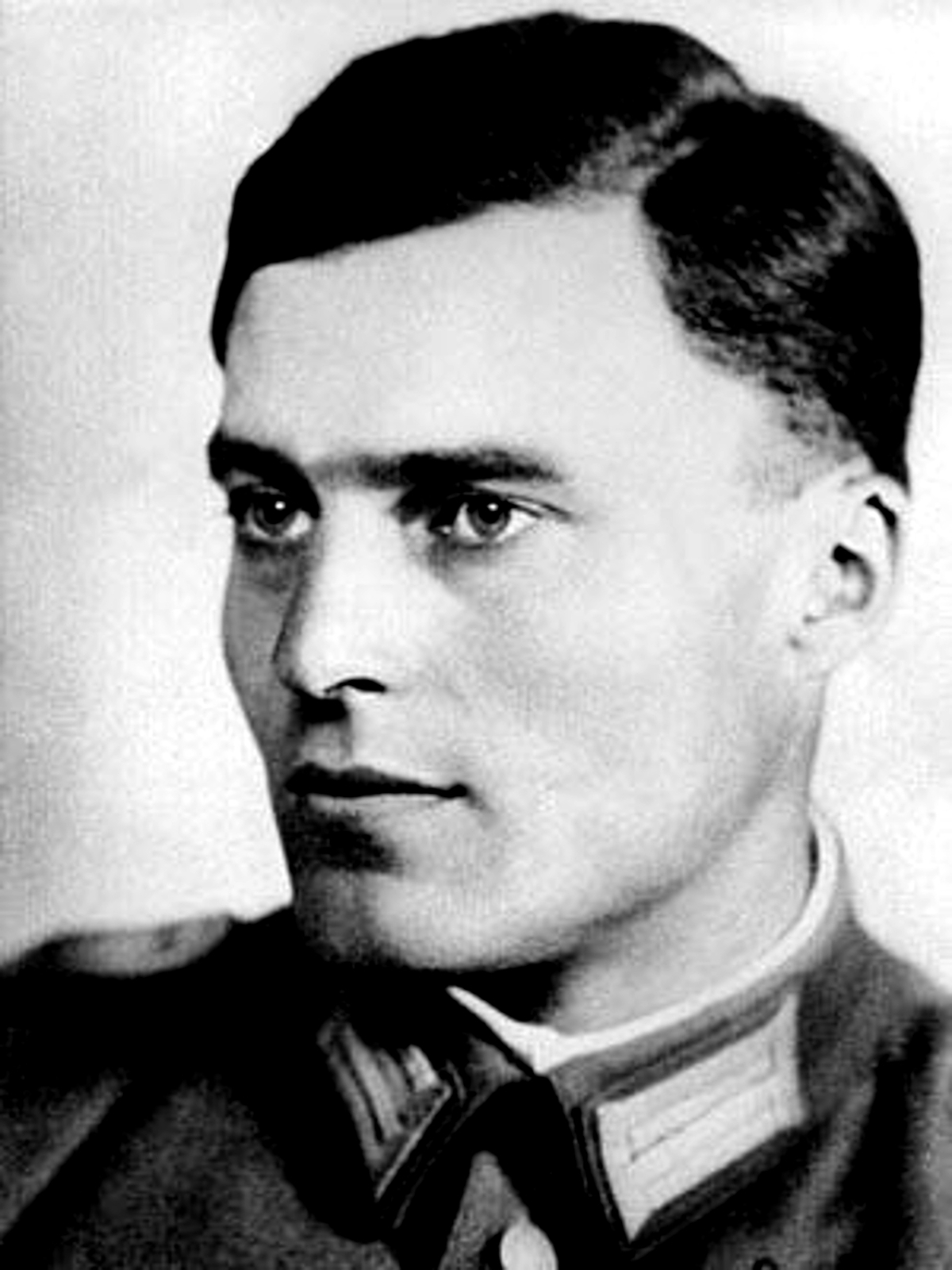 Stauffenberg was one of the leading members of the failed 20 July plot of 1944 to assassinate Adolf Hitler and remove the Nazi Party from power. He was executed by firing squad shortly after the failed attempt known as Operation Valkyrie.Public Domain

Work is due to get underway at the beginning of June and professional equipment will be used in the search, including geo-radar and underground tunnel detection equipment, as well as metal detectors. The search will begin after receiving official consent from the State Forest Commission and the heritage conservator.

The treasure hunters also expect to find a lot of Nazi porcelain from the kitchen area of the camp. “A lot of porcelain was just thrown away, so over the years, people living in the area and tourists have just picked items up and taken them away, but we will conduct a proper search of the kitchen area, so we expect to find a lot of items from dinner services used by Nazi generals,” he added. 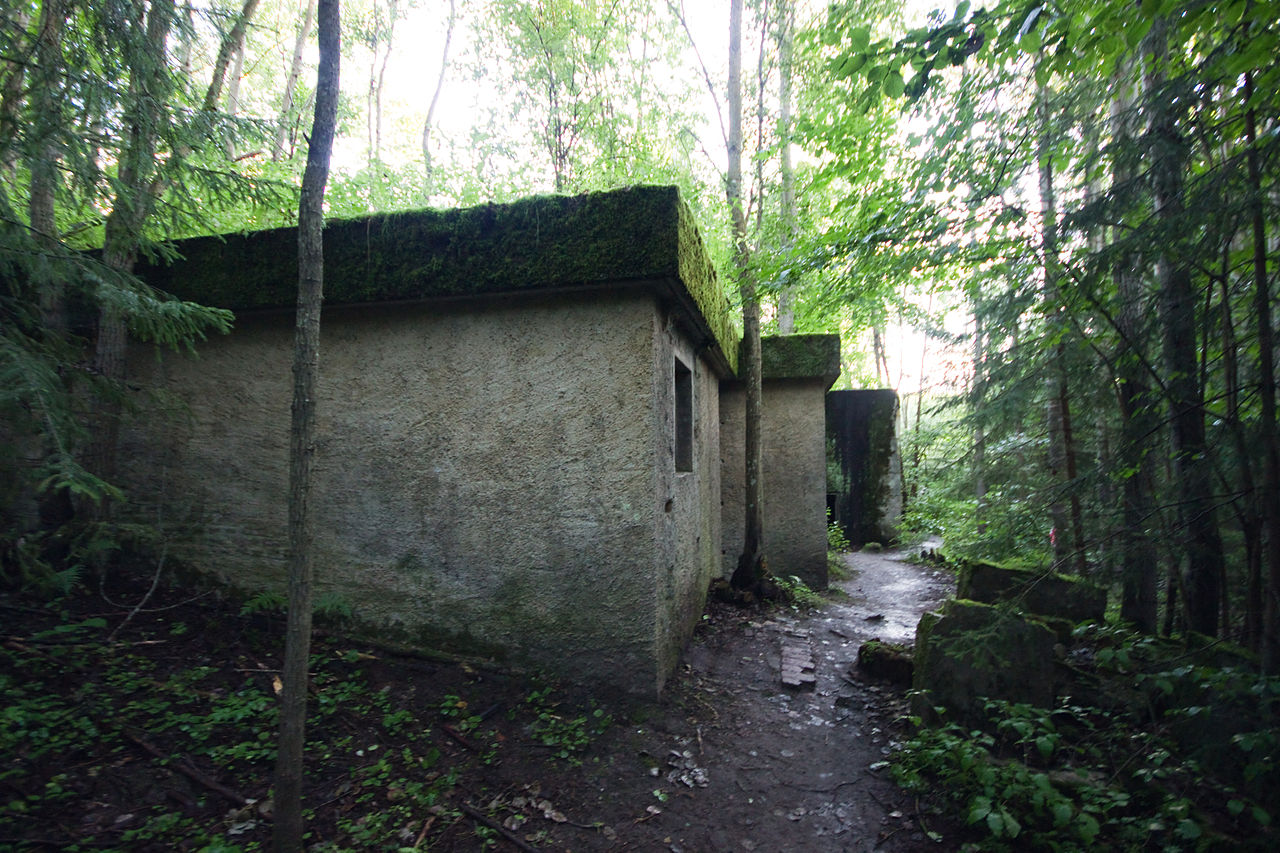 In 1941-1944 Mamerki was the headquarters of the High Command of the German Army and was a self-sufficient ‘city’ protected by a mechanized guard battalion. The whole site was surrounded by barbed wire entanglements. Honza Groh (Jagro)

This is not the first search for wartime secrets in Mamerki. Several searches have taken place there to find the famous Amber Room, which was looted by the Nazis from the Catherine Palace south of St. Petersburg and has never been found since.

“This year's research will definitely show us something. There are still a lot of remains of from activity in the bunkers. This time, we have better equipment. First we will comb the area and mark where it is worth digging, and then we will check what’s under the ground, “said Plebańczyk. 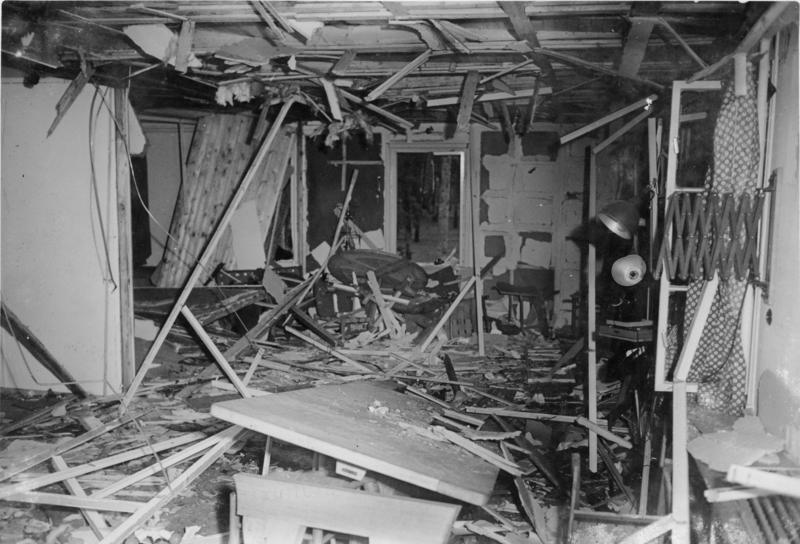 Mamerki in 1941-1944 was the headquarters of the High Command of the German Army and was a self-sufficient ‘city’ protected by a mechanized guard battalion. The whole site was surrounded by barbed wire entanglements.

Every 300 m there were concrete poles, which can still be seen today, with telephones and lanterns illuminating the area. Security was provided by four guardhouses and there were anti-aircraft guns to protect against air attacks. Apart from shelters, there were dozens of barracks for staff as well as kitchens, casinos, a post office, a cinema, living quarters, a hospital, a sauna and stables. 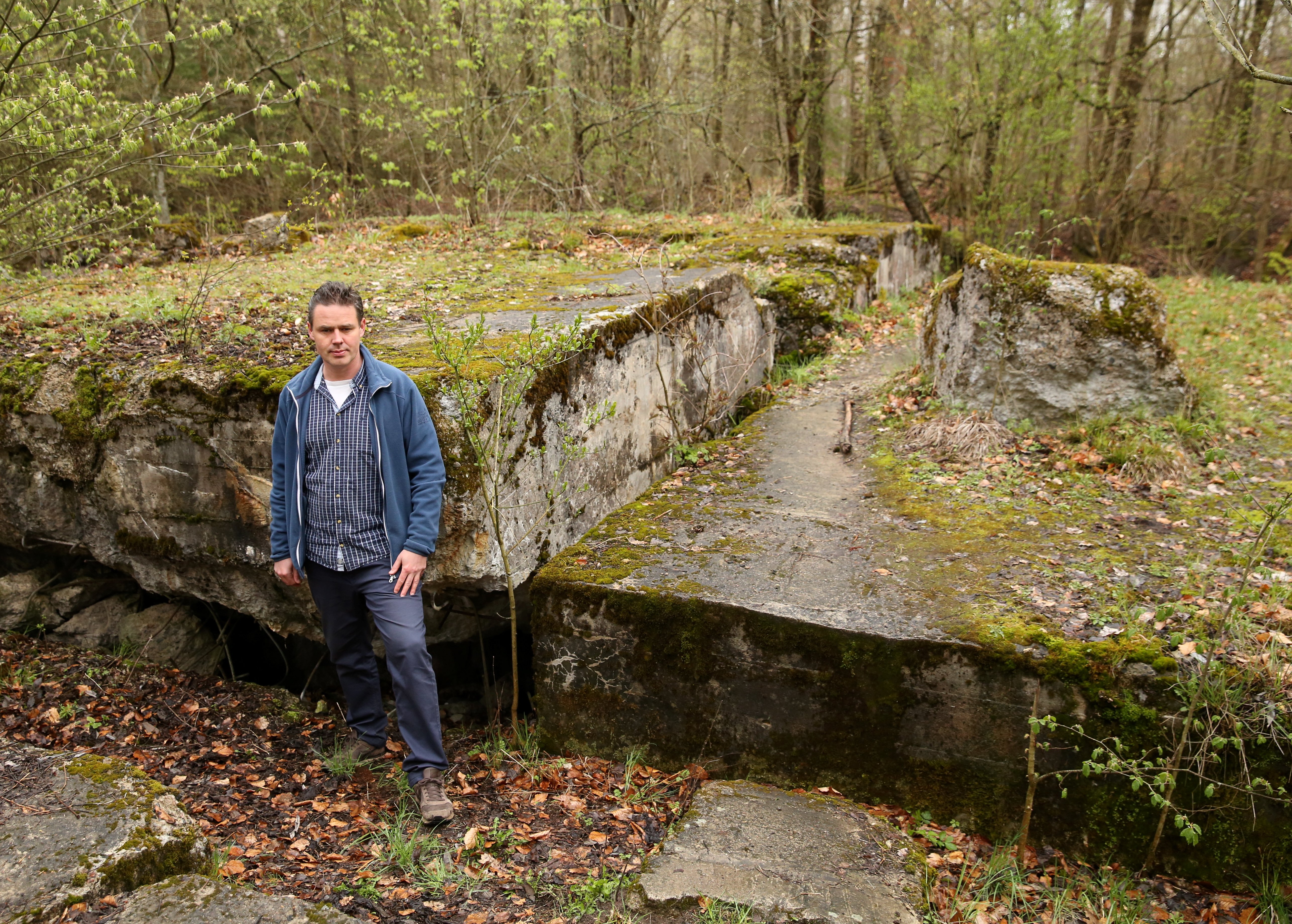 Plebańczyk said the plan was to first comb the area and mark out where it would be worth digging before checking to see what’s under the ground. Tomasz Waszczuk/PAP

The shelters had their own ventilation systems, air filters, electrical systems, telephones, central heating and toilets. Entrances had armoured and gas-tight doors. The outer walls were masked with sea grass and special moss, which protected the shelters from airborne detection so effectively that even after 60 years the bunkers blend into the forest.

Anniversary of first Auschwitz transport of Polish inmates on June 14