Captain Joanna ‘Asia’ Pajkowska became the first Polish woman to complete three circumnavigations of the globe when she arrived in Plymouth in the UK on April 28 after 216 days at sea.

Sailing alone comes filled with difficulties and dangers, and Captain Asia’s trip on her trusted yacht Fanfan proved this true. She faced severe weather, huge waves and equipment failure, while all the time plagued by fatigue and health problems. 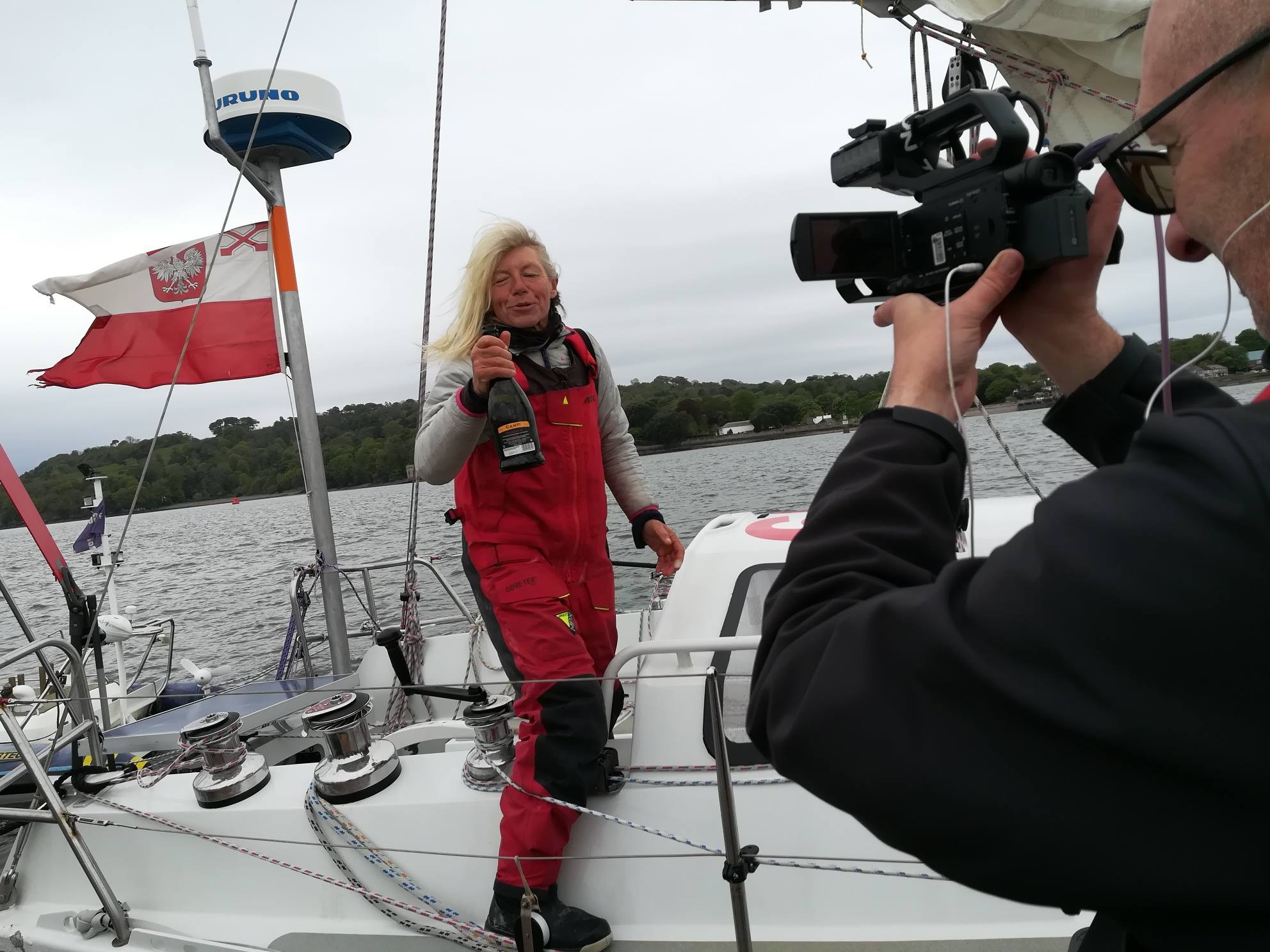 The sailor enjoys a well-deserved drink after battling high seas and fatigue for months.Joanna Pajkowska/Facebook

On April 21, Pajkowska wrote on Facebook: “Today is the 210th day of my voyage. (…) I’m worried about the weather, there will be strong winds again. I’m afraid the rudder will jam again if it hits a wave. I’m almost certain it will happen. I haven’t made it yet, a lot can happen with the weather this week.”

Her predictions came true. The final days before reaching Plymouth were marred by a storm that battered the tiny boat and added several days to the voyage. 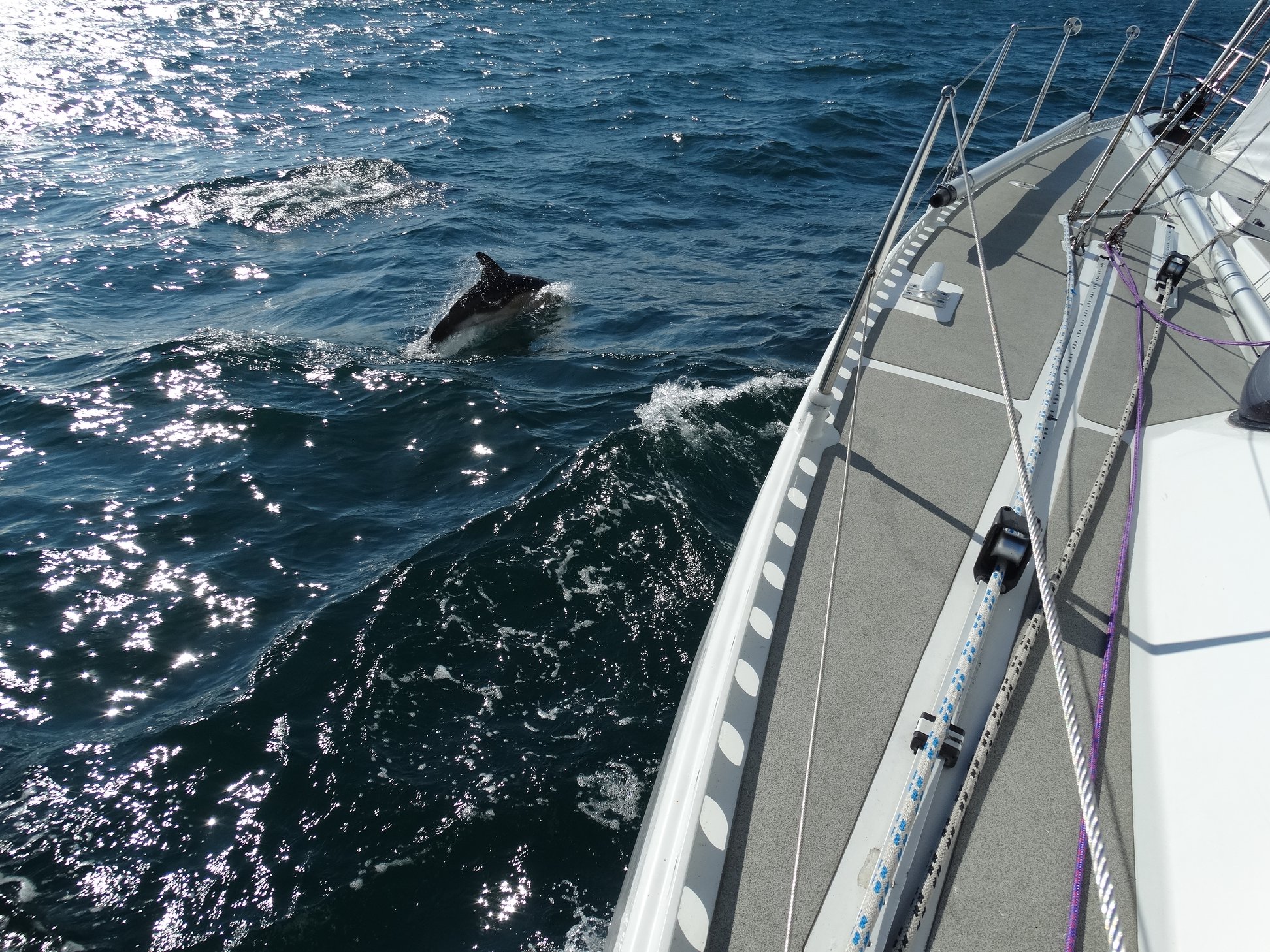 At sunrise a large pod of dolphins appeared. These are the first dolphins of ‘warm waters’, she wrote of her encounter with the curious mammals.Joanna Pajkowska/Facebook

Pajkowska’s 12-metre-long yacht is an aluminium construction built for the Observer Single-handed Trans-Atlantic Race (OSTAR) in the eighties. However, in the captain’s own words: “Technical problems will always arise during a trip like this, even with the best preparations.” Torn sails and rigging quickly became everyday issues, but some other problems were more dangerous. The satellite GPs and communication system failed, while the electronic autopilot also crashed.  Thankfully, despite several close calls, the mast survived the entire journey.

Asia’s health was a much more important factor. As TFN reported in February, for three months she sailed in pain after breaking her ribs when a wave hurled her across the boat. Issues with the auto-pilot meant that sometimes she had to steer the boat for more than 15 hours non-stop, battling fatigue and discomfort. 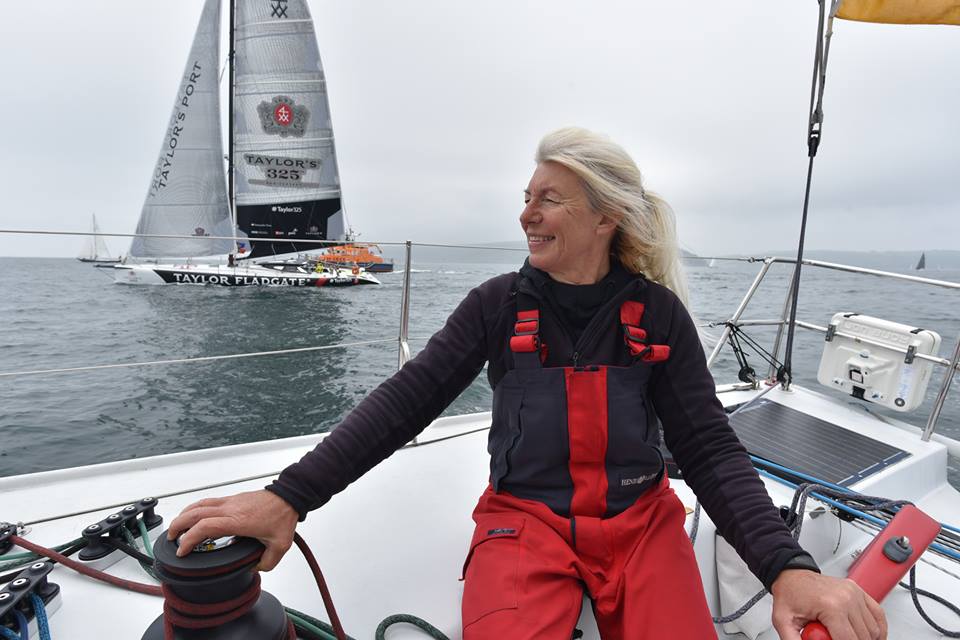 On her first voyage from June 24th, 2008 to January 8th 2009 she became the fastest Polish person to circumnavigate the globe by sail.Joanna Pajkowska/Facebook

But not all of her adventures were bad. On March 20, Asia reported being joined by some companions: “At sunrise a large pod of dolphins appeared. These are the first dolphins of ‘warm waters’. I didn’t think that with my speed of 2.5 knots I would be an attraction for them, but they also moved in slow motion, leisurely, so I could see how big their group was. There were a few small ones, about half a metre long. Only one of them, probably bored with such a slow speed, jumped up three metres out of the water!” 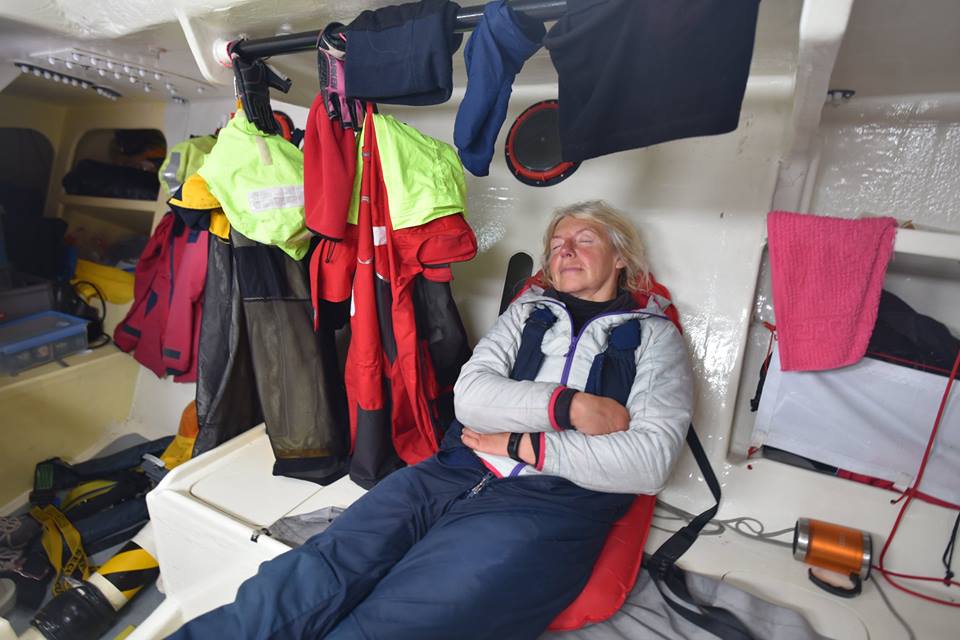 Pajkowska suffered broken ribs when she was hurled across the boat in high seas, but still sailed on.Joanna Pajkowska/Facebook

Pajkowska, 60-years old, is one of the most experienced ocean sailors in Poland, if not the world. In 2008-2009 she completed the journey westwards, but with one stop in South Africa. Her second voyage, between 2010-2011, saw her and husband Aleksander Nebelski, who’s also a sailor, attempt to do the same thing but after setting off from Florida USA they were forced to finish in Monfalcone, Italy; and now for the third time, reaching here goal of non-stop solo sailing trip around the entire globe.