Scrum on Poland! Poland has five pro rugby players - Mateusz Bartoszek is one of them

“In France it’s kind of exotic to meet a Polish player because they think nobody plays rugby in Poland.”

Mateusz Bartoszek says one of Poland’s advantages at rugby is that it produces big people. And clearly he is one of them. Standing 192 centimetres tall and packing a fearsome 117 kilograms of what appears to be just bone and muscle, he has a build designed by nature to cause mayhem and panic on the rugby pitch.

It is also a build that along with a healthy dollop of natural talent for the game has made him something of a rarity in Europe. Bartoszek is one of just no more than four or five Poles in Europe who have become full-time rugby professionals plying their trade in a foreign land.

Speaking to The First News, Bartosz admitted: “For people it is kind of exotic to meet a Polish player because they think nobody plays rugby in Poland.”

The 27-year-old plays for the local club in the town of Saint-Medard-en-Jalles, in the south-west corner of France just a stone’s throw from Bordeaux. The town is embedded deep in France’s rugby heartlands and much of the country’s wine territory and is also a long way from the hard industrial features of Bytom in southern Poland, his home town.

For ages Bytom was a coal mining town before it and the industry fell on hard times. But it was also a rugby town. Polish miners who had worked in France brought the game with when they returned home in the 1920s, and the sport put down roots in the industrial town. 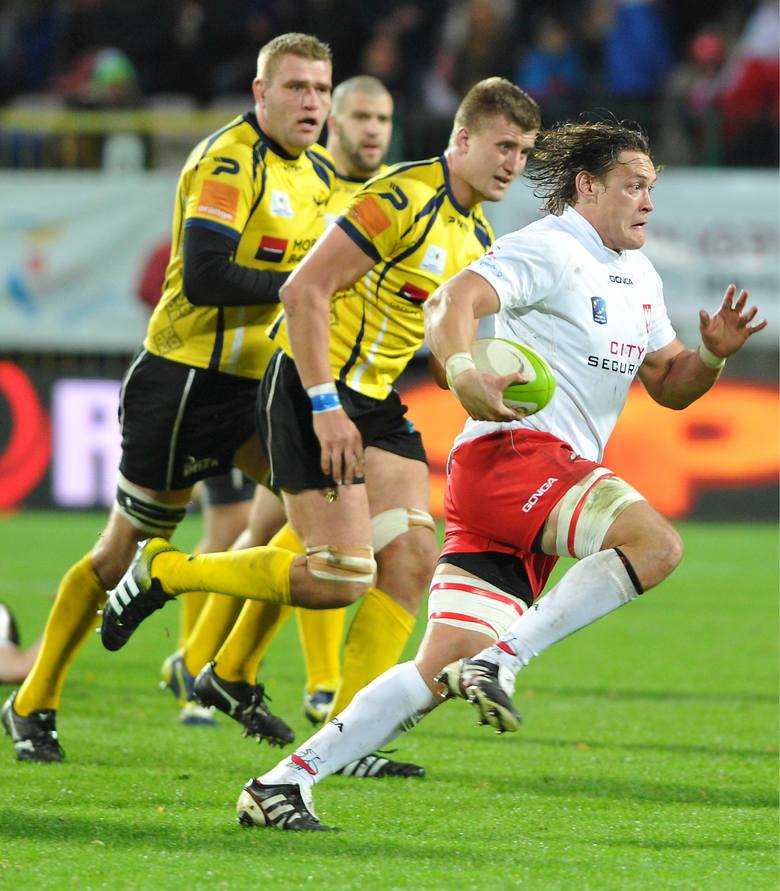 Standing 192 centimetres tall and packing a fearsome 117 kilograms of what appears to be just bone and muscle, he has a build designed by nature to cause mayhem and panic on the rugby pitch.
(Mateusz Bartoszek/Facebook)

“Czarni Bytom was once the biggest club,” recalls Bartoszek. “During the communist period the players should have been down the mine but in fact they trained twice a day. It was professional. I remember my father showing me the ground and telling me this is where the national team played.”

Yet despite Bytom’s rugby heritage Bartoszek’s rugby initiation came via the back door.

“Because I was the biggest in my group they took me to the older team where everybody was bigger than me, and I really struggled,” he continues. “It was tough but at the end of the camp I played my first game. I was stressed with people trying to explain the rules of rugby to me, such not being able to pass the ball forward.”

Bitten by the rugby bug he sighed up for Czarni Bytom. Encouraging his friends to join, the club’s youth team flourished but by then Czarni, reflecting the demise coal industry, was crumbling and no longer had a senior team, so a move was in order.

An offer to play in Poznań arrived, and so the young Bartoszek, who was still in school at the time, upped sticks and moved north.

It was in Poznań, and with a number of appearances for Poland’s national team at age-grade rugby under his belt, that he decided to take the plunge and become a professional rugby player despite still being in school.

An offer from the French club Albi to come and join their academy had helped swing the decision but it was still a big move as it meant such things as university or a normal profession were pushed aside by the chance to pursue a career that could easily end in injury or failure.

“When I told my mother that I wanted to go to France and play top-level rugby she said, ‘Listen. You do what you want to do. I can’t tell you otherwise. Because we’ll both feel bad’,” recalls Bartoszek. “So she paid for me to get a driving license and bought me a ticket.

“My mother is also a teacher,” he continues. “I should have been in my matura [graduation] class. She told me not to worry and if it didn’t work out I could come back to Poland and something would be sorted out.”

His father had reservations suggesting, from time to time, that his son should perhaps consider going to university, but supported him in the end. 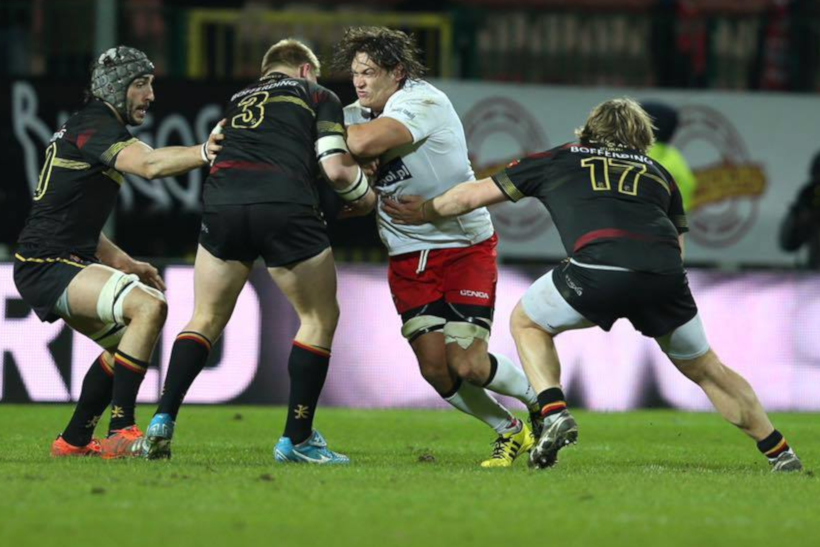 “Because I was the biggest in my group they took me to the older team where everybody was bigger than me, and I really struggled.”
(Mateusz Bartoszek/Facebook)

“Nothing was easy,” says Bartoszek. “My family missed me a lot. We spent a lot of time on skype because when you’re 18 you miss people. You see friends having fun but you’re in France because you play rugby and you can’t go back home because you have to train every day.”

He also had to contend with six hours of French lessons a day, which came part of an intensive programme to get the young Pole absorbed into the culture of both club and country.

Bartoszek spent three years at Albi, and in that time also earned the first of what is now a total of 32 caps for Poland. After Albi he spent two years in Scotland with Glasgow Hawks, one of the country’s big clubs and one with strong ties with Glasgow, one of Scotland’s two top-tier clubs. Those links gave the Pole to chance to play with some of the big names in world rugby and rub shoulders with top-class international players.

But to play professional rugby you have to embrace the inner nomad and go where the contracts take you. After Glasgow Bartoszek returned to France to join Saint Medard, which currently reside in the third tier of the French national league structure.

Now into his third year with the club he knows the clock is slowly ticking down on his rugby career. While he has plans to study sports science or perhaps use his fluent French as a way into a job back in Poland for the time being he wants to remain as one of Poland’s few rugby-playing professionals.

“At the moment I don’t want to go back home,” concludes Bartoszek. “I want to enjoy my small rugby life. I still have a few seasons ahead of me, and then we’ll see.”