From his workshop in south-western Poland, Sebastian Kucharski makes robots out of scrap metal.

Combining his love of Sci-Fi with imagination and skill, Kucharski’s scrap metal sculptures – which can be viewed at his Robot Factory museum near Opole – are spectacular in their size and intricacy.

It started nine years ago, when his children came to him with an unlikely request.

“My sons asked me to build a robot from some car parts,” Kucharski told The First News in an interview. “It was more of a scarecrow than a robot,” he laughs.

The robot got stolen from its place outside, which led to another request from his sons. Kucharski built a second robot, then a third, and has not looked back since. Since late 2016, he has been making robots full-time, after previously heading a construction company, which involved long trips away from home. 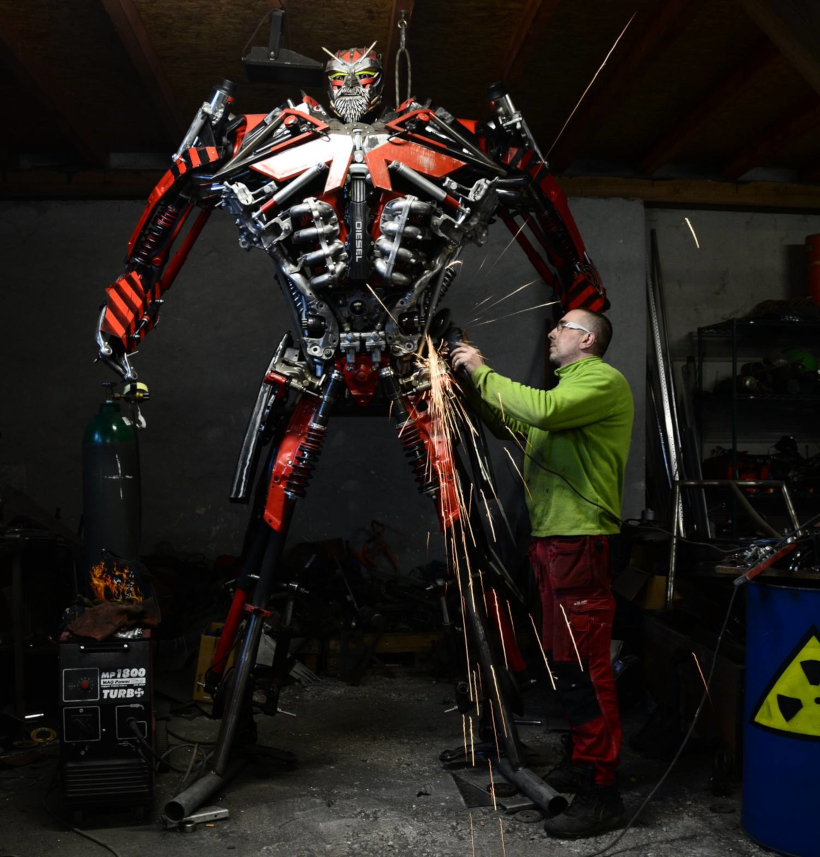 Over the years, his robots have become increasingly sophisticated. Just 70 cm tall, the first was made up of nine parts.

These days, his robots can be 3.5 metres tall and be built of around a thousand parts – 80% old car parts and 20% other bits and pieces, sometimes even a kitchen fork, he says.

The grinder and welding machines at his workshop are his key tools. He cleans all the parts before assemblage, but rarely uses anything new. 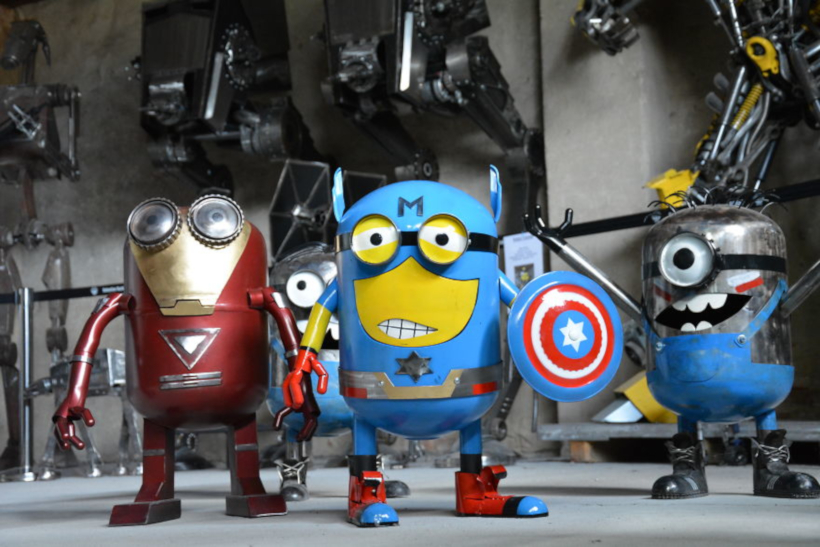 Sebastian says he started building the robots for his children before quitting his job as head of a construction company and going full time.Sebastian Kucharski art from Scrap

“I always watch Science Fiction films,” says Kucharski, explaining how the characters there inspire his robots, while leaving space for his own creativity.

Does he have a favourite robot? No, he says, before settling on a yellow one based on Bumblebee, a robot superhero character from the Transformers franchise, one of his early creations.

After touring exhibitions, Kucharski opened his workshop in Łącznik, in the Opole region, to visitors in 2016 as a museum – the Robot Factory (Fabryka Robotów). Open during the weekend and on weekday afternoons, the factory is a half-hour drive from Opole. 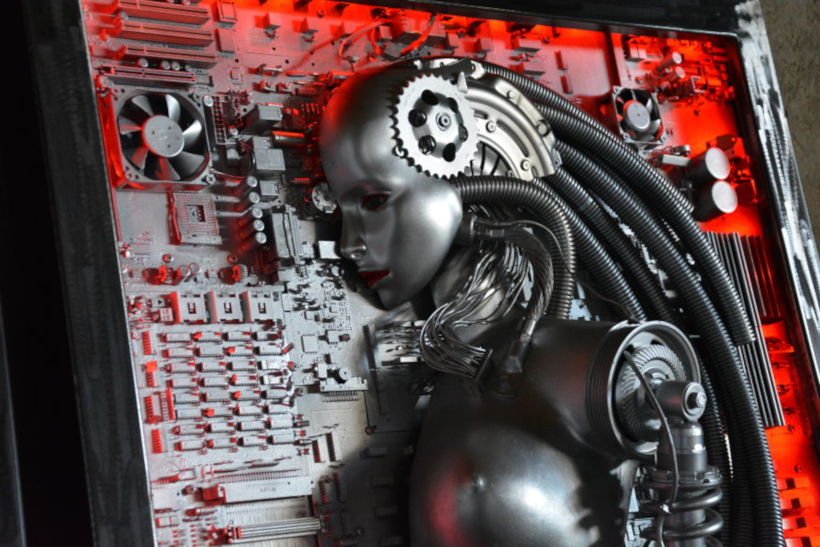 He has now created his own Robot Factory museum in his hometown Opole.Sebastian Kucharski art from Scrap

“No-one expects the robots to be so big and so real – people spot actual car parts in them,” he says. “Kids love them, too.”

Last year, the Robot Factory was awarded a distinction by the Opole Regional Tourist Organisation for “combining passion with promotion of Opole Voivodship”. 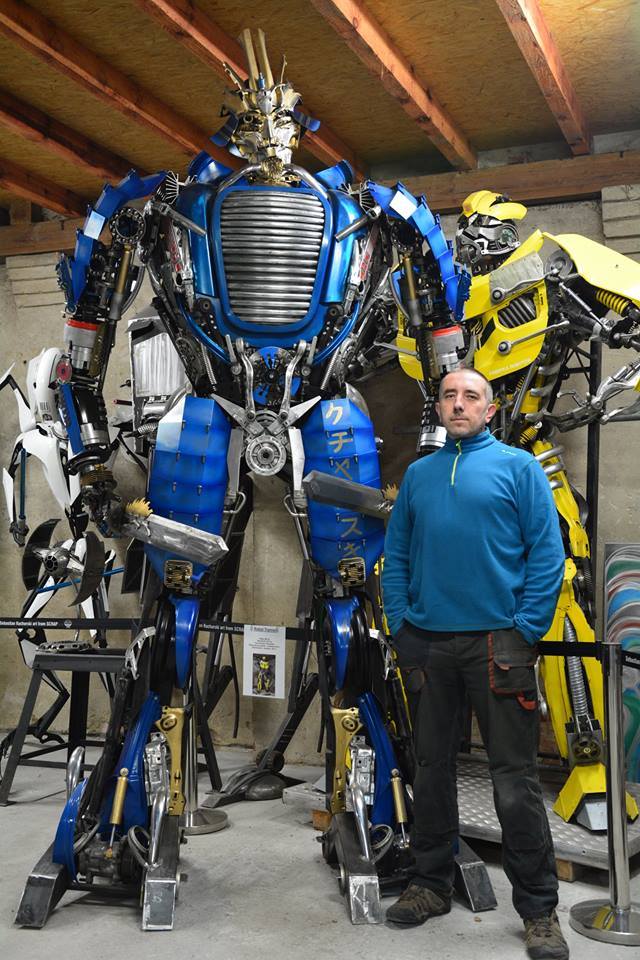 Sebastian's first robot was just 70cm. Now they tower over him and are nearly 4-metres tall.Sebastian Kucharski art from Scrap

Between visitors, Kucharski continues to work on his robots, which take four or five months to build.

He has also been making furniture, including tables, in the same sci-fi style. “I have so many ideas that life is too short,” he says.

Titled ‘Images of Gdańsk on Glass Plate Negatives from the Collections of Stadtmuseum Danzig’, the hefty bi-lingual tome presents nearly 200 images taken from the National Museum of Gdańsk’s collection of almost 2,700 glass plates.

Race to save 18th century Polish palace stalls after mysterious Czech businessman claims it is his!