Once lost amid the anonymous statistics of WWII, recent years have seen Henio Żytomirski become the symbolic face of Lublin’s Holocaust, his story now familiar to tens of thousands of people across the world. Today, a new video released to social media by the city’s Brama Grodzka – Teatr NN cultural institution celebrates his life.

The first child of Szmuel and Sara Żytomirski, Henio was born in Lublin on March 25, 1933. Comfortably middle class, the family lived at ul. Szewska 3 with Sara working in a nearby stationary store, and Szmuel employed as a Hebrew teacher at Jewish schools in both Lublin and Bychawa. Politically engaged, Szmuel also acted as the chairman of Lublin’s Poale Zion organisation.

The boy with his doting father Szmuel.Brama Grodzka - Teatr NN

Enveloped in love, Henio was doted upon by his family with the first known photograph of him taken in 1934 showing him cradled in his father’s arms. Later, other archived photos depict him dressed as a king on the occasion of his second birthday, walking Pl. Litewski with his family or hamming it up for the camera on the city’s main thoroughfare, Krakowskie Przedmieście.

Intelligent and curious, at kindergarten he learned the Polish national anthem and other patriotic songs and mixed well with other children. Writing in 2007, a childhood friend of his later recalled this time of innocence and joy. 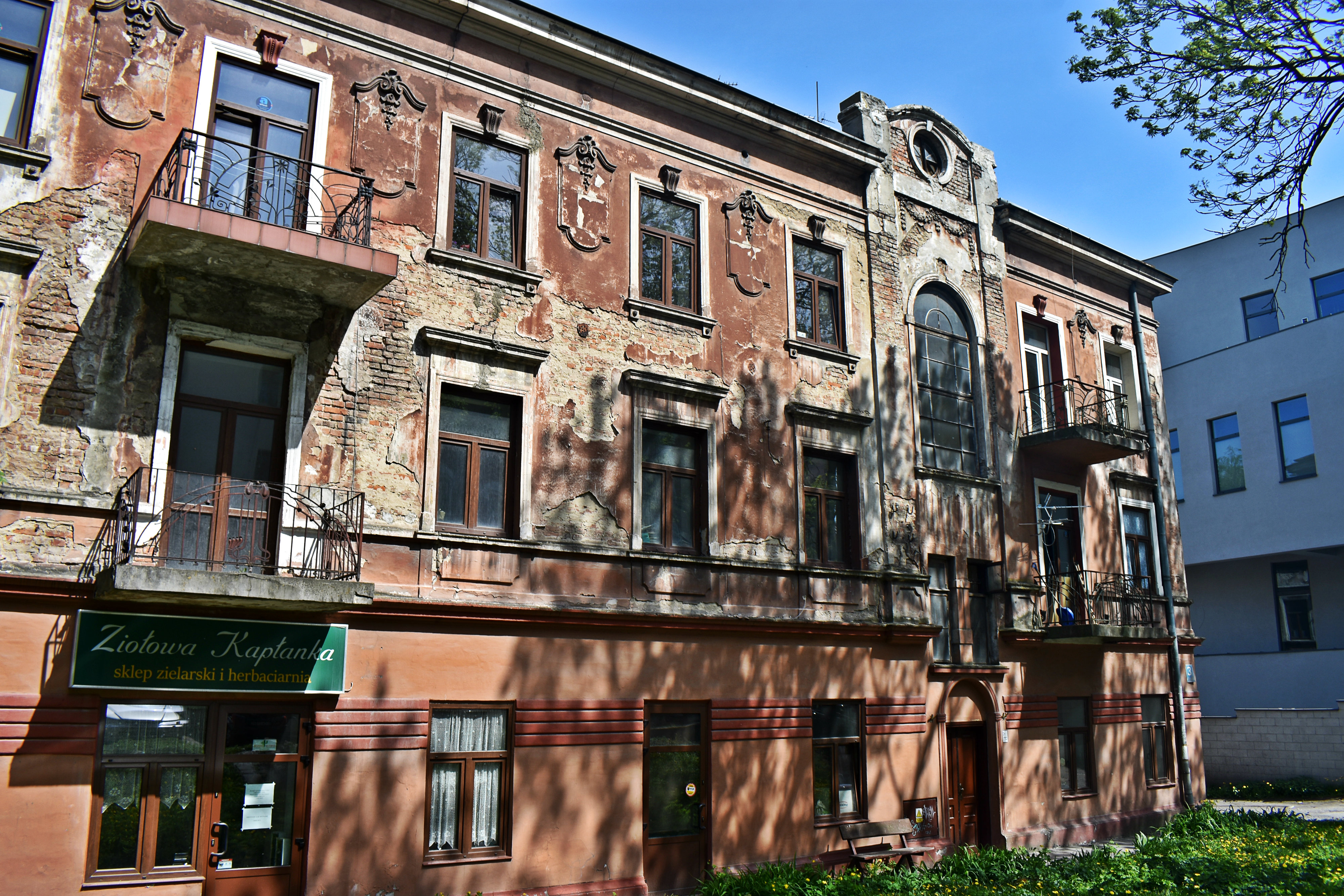 “We often visited Henio’s home,” wrote Esther Bernhard (nee Rechtman). “His father taught my mother Hebrew so our family became friends with them. Henio’s house was a place in which children were loved… I still remember his grandfather’s bright, loving eyes, and a house filled with books and a room full of toys.”

Pictured herself with Henio in 1937, Bernhard and her parents immigrated the following year to Palestine, a prescient move that would save them from the approaching horror that would later grip Europe. 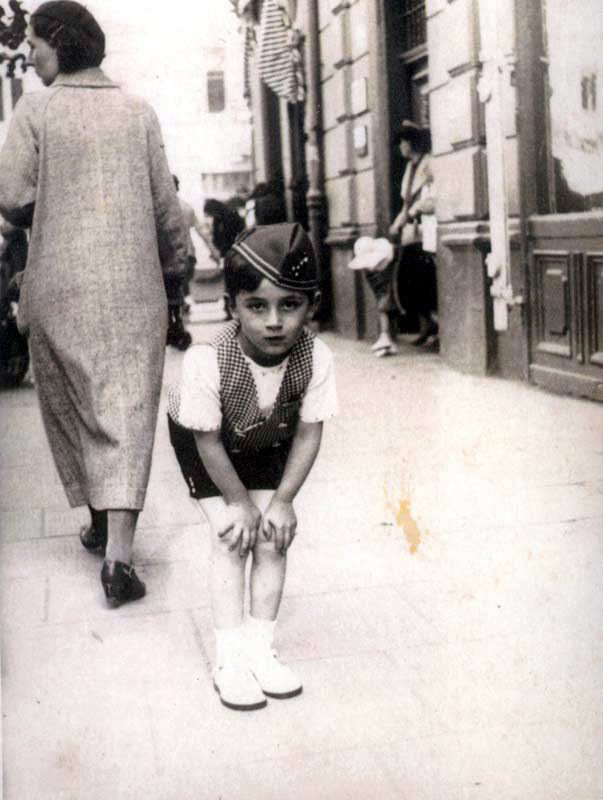 The young Henio, aged five, out and about in Lublin.Brama Grodzka - Teatr NN

Despite the looming shadow of war for a time life continued as if before with the summer of 1939 proving a particularly happy time: on July 5, the six-year-old rode his first two-wheel bicycle, the happiness of the day captured perfectly in what transpired to be the last photograph of him.

Taken on the steps of the bank at Krakowskie Przedmieście 64, it shows a child blissfully unaware of the cruelties of the world. Immaculately attired in a crisp shirt and smart shorts, Henio beams for the camera, smiling broadly for his father. 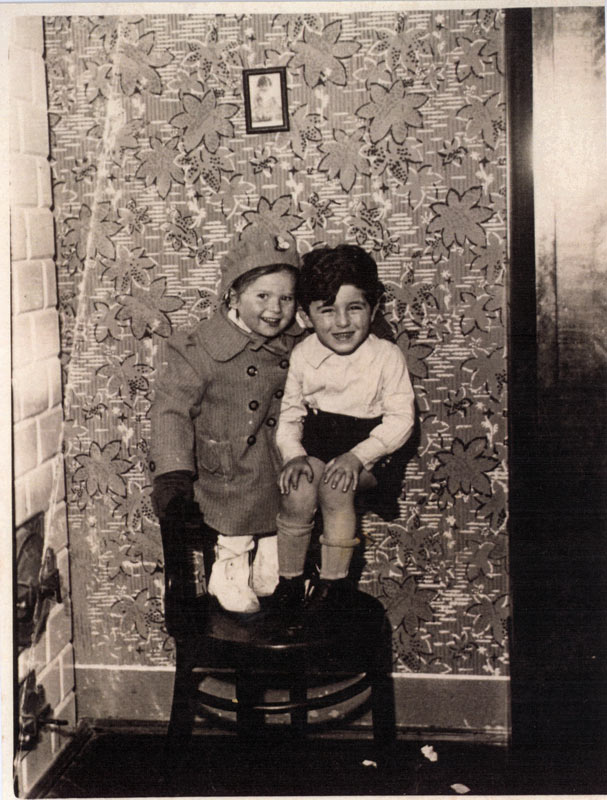 Henio with his friend Ester Rechtman. She would later describe his home as a “place in which children were loved”.Brama Grodzka - Teatr NN

Tragedy, however, was but weeks away. On what would have been Henio’s first day of primary school, Poland woke on September 1 to news of the Nazi invasion.

For the Żytomirski family, this would ultimately prove a death sentence. 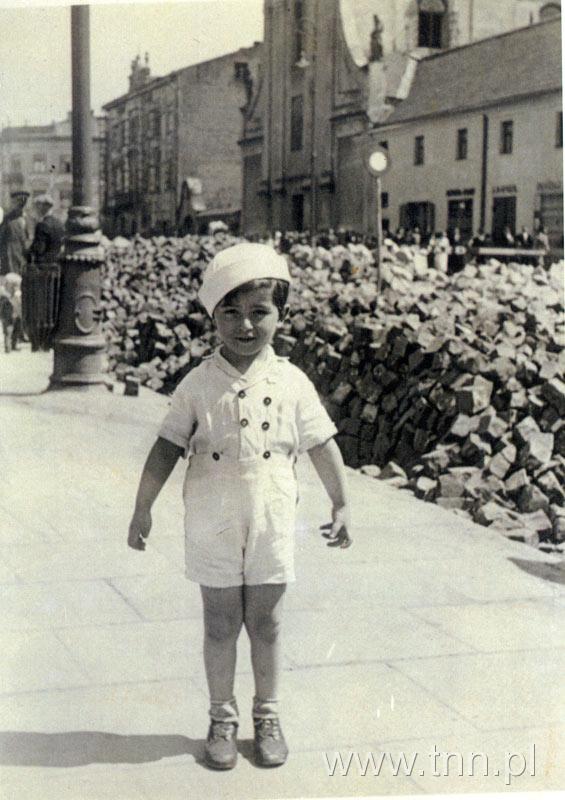 The following day saw the Luftwaffe’s first raid on the city, and by the 18 the streets resounded to the thump of Nazi jackboots. Lublin had fallen.

Bit-by-bit, stern decrees eroding the rights of the Jewish population were rubber stamped by the so-called new General Government, and when the Ghetto was created in March, 1941, the family moved to cramped quarters on ul. Kowalska 11. 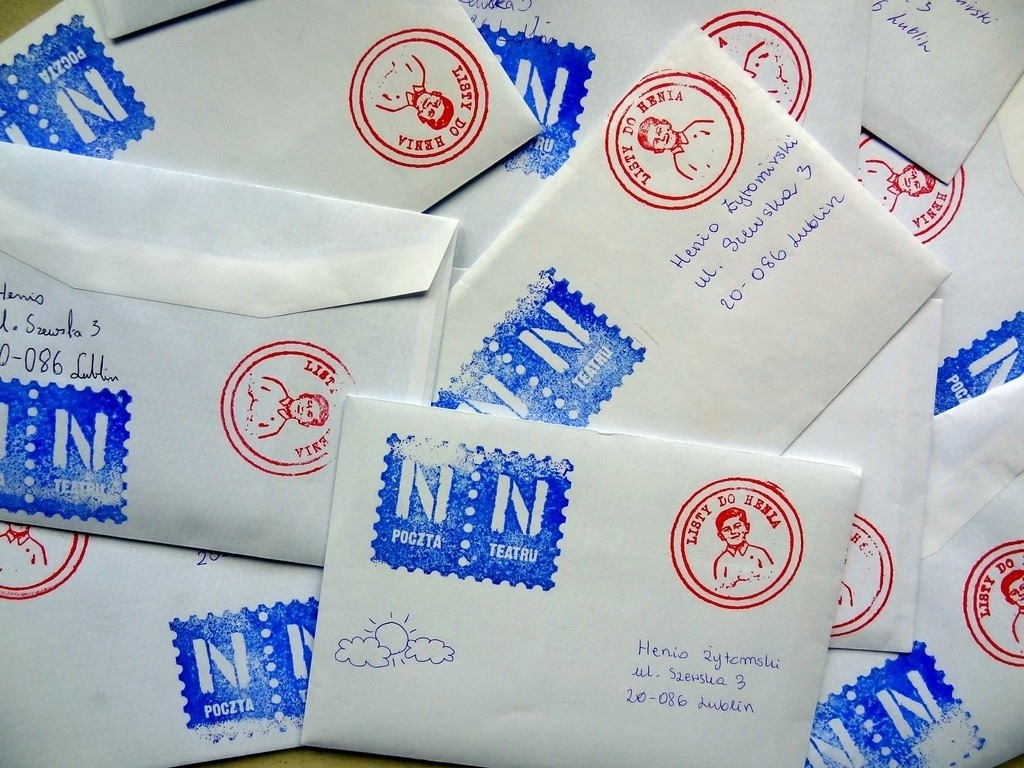 Some of the thousands of letters sent to Henio.Brama Grodzka - Teatr NN

Stalked by the ever-present threat of disease, deportation and death, the family found itself disintegrating. On November 10th, 1941, grandfather Froim Żytomirski died of typhoid fever, and whilst the exact fate of other members of the family remain blurry it is likely that Henio’s mother, grandmother and aunts perished in the gas chambers of Bełżec in 1942.

For the time being, Henio, though, remained with his father, with the last preserved mention of the child appearing in a letter dated May 27, 1942. “Me and Henius are together,” wrote Szmuel in a message sent to his brother in Palestine. Thereafter, the trail ran cold, with most sources believing that Henio lost his life in the gas chambers of Majdanek shortly after. His father, meanwhile, is thought to have been one of the prisoners that was put to work on building a Nazi sports stadium in the city before also perishing in unknown circumstances. 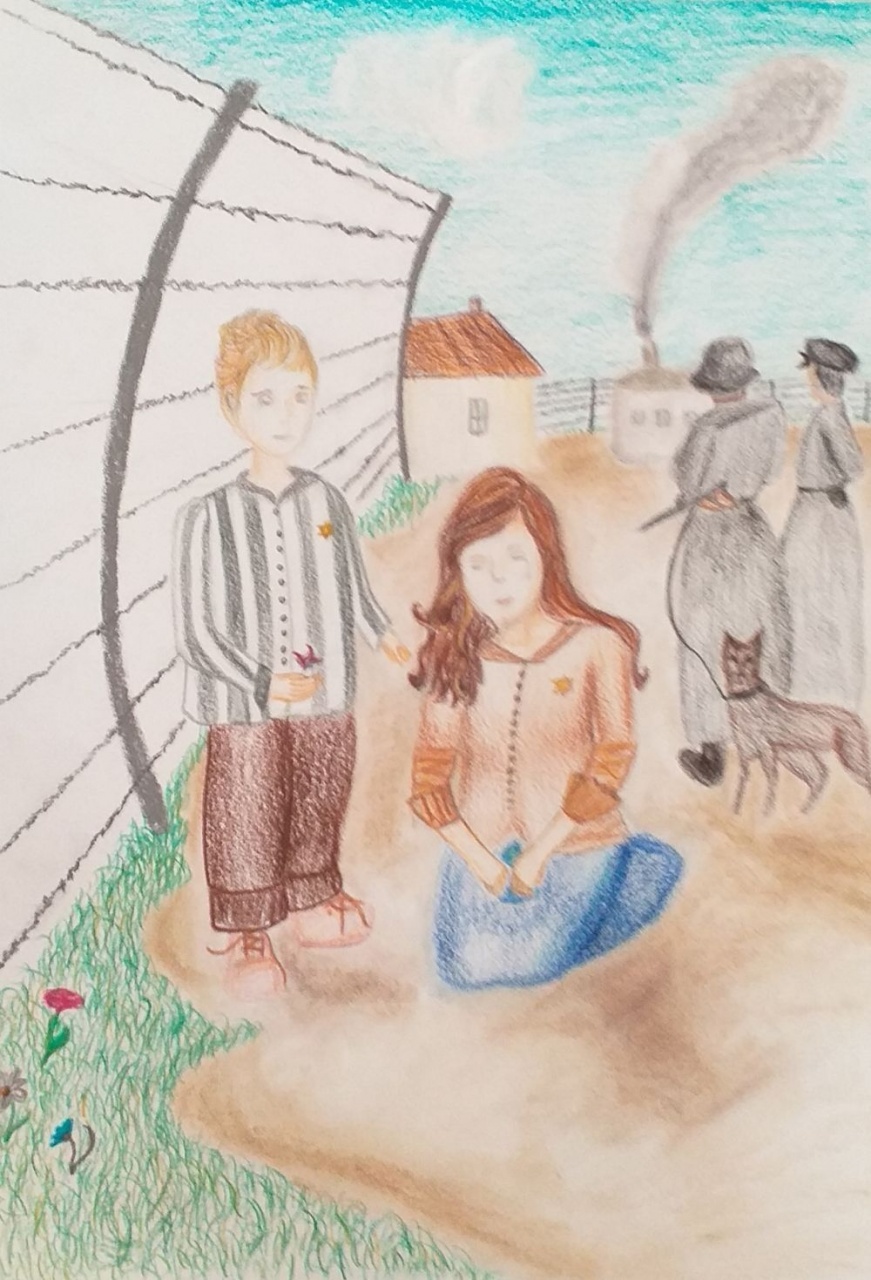 A picture sent to Henio in one of the letters.Brama Grodzka - Teatr NN

For decades, it is in this wisp of uncertainty that the story of Henio ended. A footnote forgotten by time, his was just one of millions of memories to be swallowed in the senseless slaughter of the Holocaust.

One strand of the Żytomirski family had survived, however. Henio’s uncle, Leon, had immigrated to Palestine shortly before the war, and his daughter, Neta Żytomirska-Avidar, made her first journey to Lublin in 2001. Paying a visit to Brama Grodzka – Tear NN, she found herself retelling Henio’s story to a wider, captive audience. Such was the interest, she was moved to post two family albums containing pre-war pictures of the Żytomirski family. 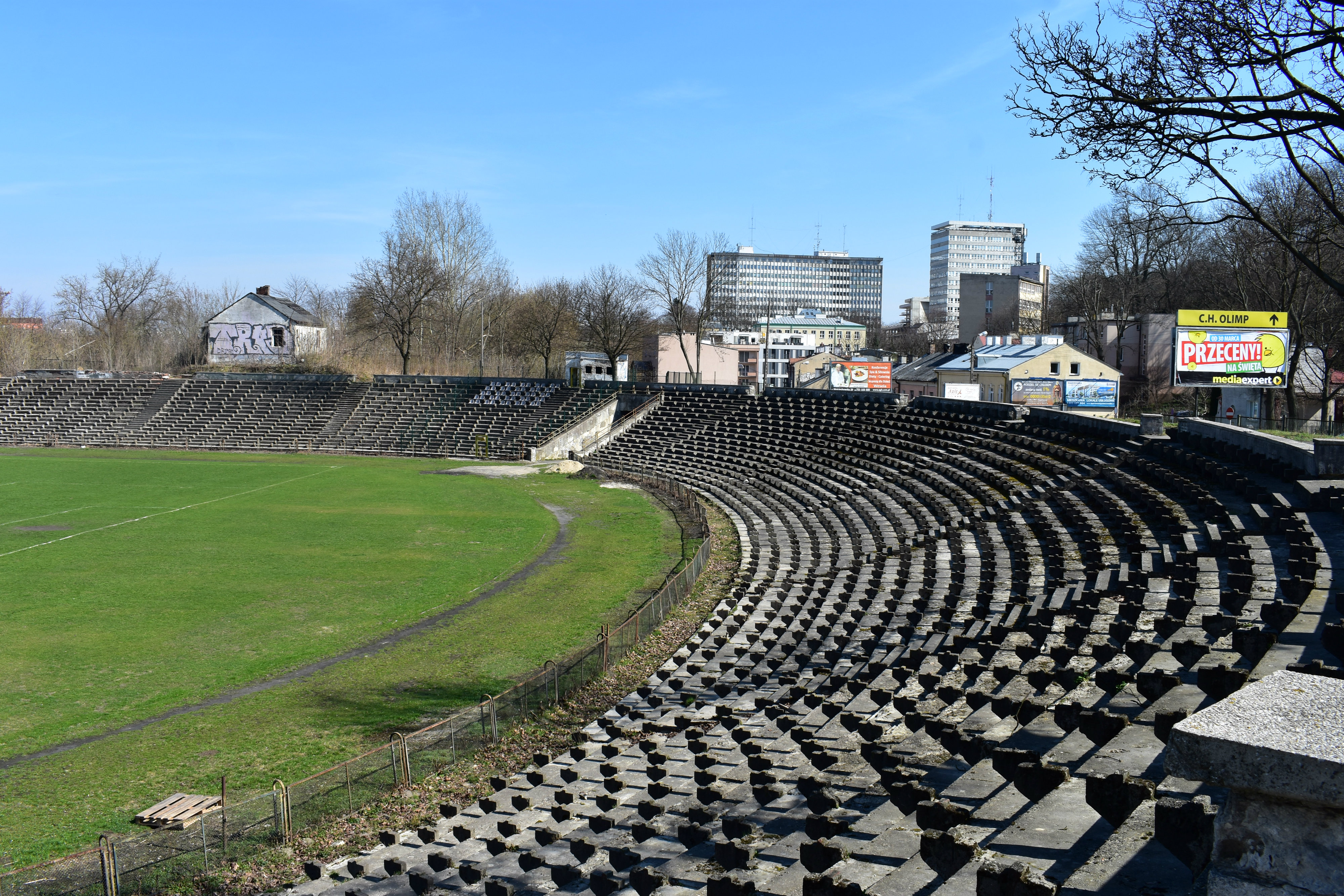 The Lublin stadium where Henio’s father may have died while working on its construction.Alex Webber

In this way, the spirit of Henio was returned to the city.

Yet this was but the beginning. Compelled by the poignancy of Henio’s last photograph, Brama Grodzka – Teatr NN launched a project titled ‘Letters to Henio’. Erecting a temporary post box on April 19, 2005 outside the bank on Krakowskie Przedmieście, children were then encouraged to pen a letter with their thoughts to Henio. Seven schools in Lublin took part, as did others in Poland and Germany. 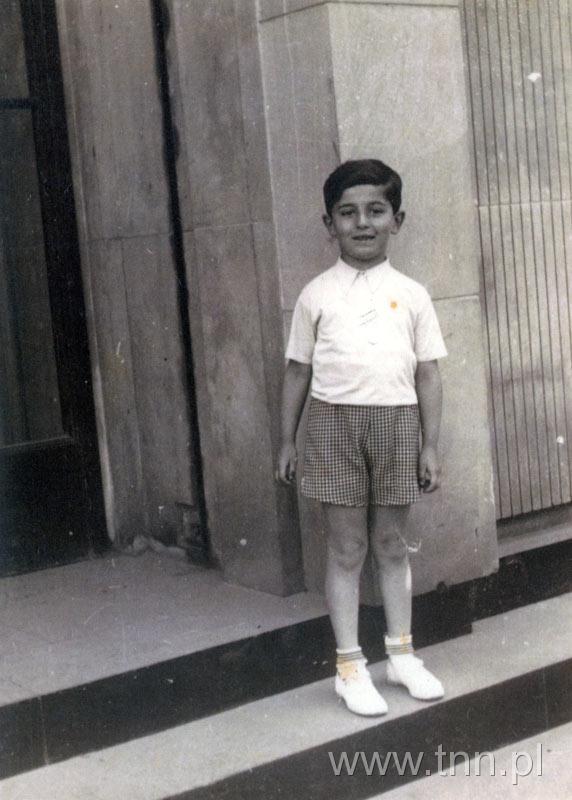 Speaking at the time, the centre’s director, Tomasz Pietrasiewicz explained the motivation. “It’s impossible to remember the names of the faces of everyone that died in the Holocaust, so we wanted people to remember one… Henio.” 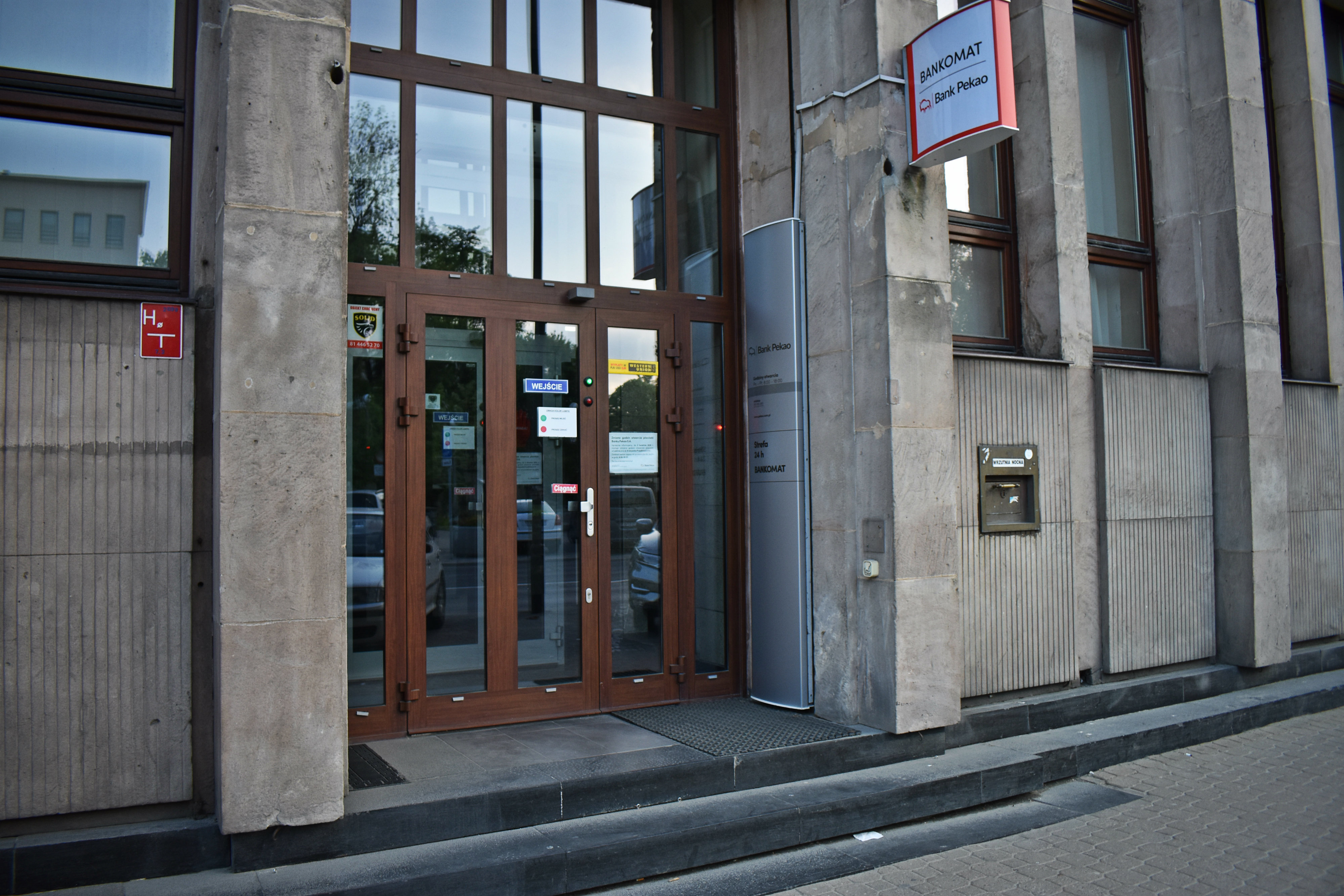 The location of the last photograph in 2020.Alex Webber/TFN

Gathering steam ever since, thousands of letters from around the world have poured in addressed to Henio’s childhood address, with the mailbag spiking each year around April 19. Further the subject of exhibitions, historical walks and numerous international educational workshops and projects, whilst Henio’s life was brutally cut short in unfathomable conditions, his legacy grows with each passing year.