The First News goes way down south to explore the little gem of Rzeszów.

Of course, train connections have improved, but it says much for Rzeszów that it’s easier reached if you’re coming from abroad than, say, from practically anywhere else in Poland. In many ways, though, that’s acted in the city’s favour, making it one of those overlooked little diamonds that requires a bit of effort.

Yet if PKP have forgotten this south eastern city, then at least the airlines haven’t. Served by LOT and Ryanair, flights bound in from all corners of the planet, depositing sparsely populated planeloads at a futuristic airport that’s allegedly the smallest in Europe to be connected to New York (actually, Newark to be specific). But regardless of where you’ve flown from, disembarking feels oddly dreamlike and surreal: though said to be the seventh busiest in Poland, I’m reminded of one of those phantom airports you hear about being built for the Olympics – you know, those white elephants that are left to gather cobwebs once the party moves on. Walking through the echoing, empty halls, the sensation is of being the only man on earth. 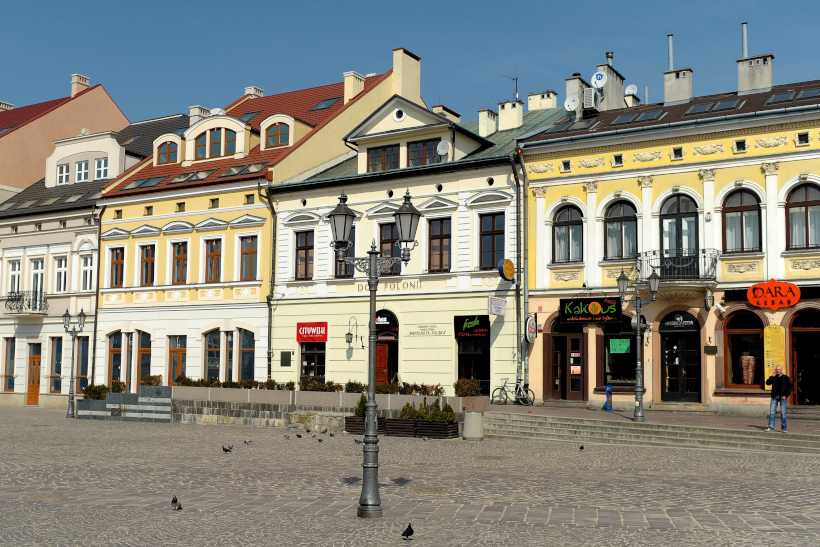 I’m not, and that much is clear by the time I’ve reached Rzeszów’s Rynek. Festooned with parasols marking out all the beer garden action, it’s a hive of activity and the natural ground zero to which all people head. Myself, I’ve got a better reason than most to be here: for the next two nights the square is my home.

Though increasingly well-represented on the hotel front, it’s the Bristol Hotel planted on the Rynek that’s the undisputed benchmark. An unlikely marriage of modern luxury and folksy charm, find swanky rooms given a distinctly regional slant with peasant fabrics here and rustic ceramics there: a sensory pleasure, everything you see you covet and touch. Deservedly ranked among Poland’s top hotels, just the process of leaving is a challenge in itself: if not by the sushi bar set on a suspended glass platform, guests find themselves invariably delayed by the house brewery next door – “screw the sightseeing,” you hear them say, “let’s stop for a pint and take it from there.”

In Rzeszów’s case, taking it from ‘there’ means exploring the old town, a tightly-knit area crowned by a town hall that’s a paean to the sheer excess of the Neo Gothic style. Composed of pointy fairy tale towers and exquisite tiny details, it’s a remarkable structure fit for a Disney princess. With this in mind, it’s difficult to believe that on no less than thirteen separate occasions the immediate area has been rendered little more than a smoking pile of ash. Having regularly borne the brunt of marauding invaders and suspicious blazes, the old town has had to repeatedly dust itself down and rebuild from scratch, meaning the tenements you see represent a patchwork of ages. 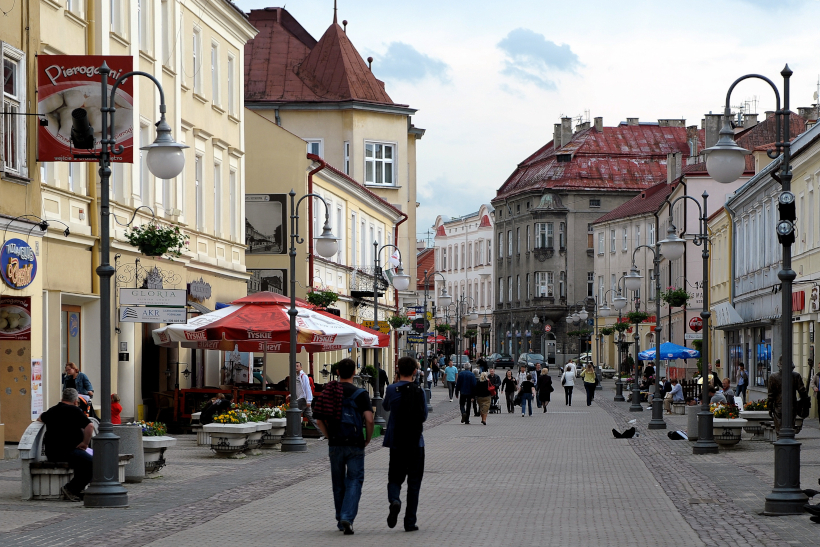 A street in the very center of Rzeszów
(Darek Delmanowicz)

For authenticity, head instead to the cellars that run underneath the square. Originally used as storage units by market traders, over 300 were hollowed into the ground and set on four different levels. Of these, twenty-five have survived and are connected by a labyrinthine 396-metre trail that reveals scorch marks from the Great Fire of 1842, the fingerprints of medieval builders and various bits and pieces recovered during subsequent excavations: a bottle of Hungarian wine, bars of soap, pots, pans and a set of wooden stocks once used to punish villains.

Back into the daylight, and use a deeper prowl of the area to uncover the surviving vestiges of the town’s Jewish past. Standing beyond the opposite end of the square, two former synagogues as well as a number of plaques play silent witness to the trauma of the Holocaust. Around fourteen thousand Jews lived here before the war, yet only around 100 are thought to have lived to see peacetime: today, the ghosts of these disappeared hangs heavy in the air. 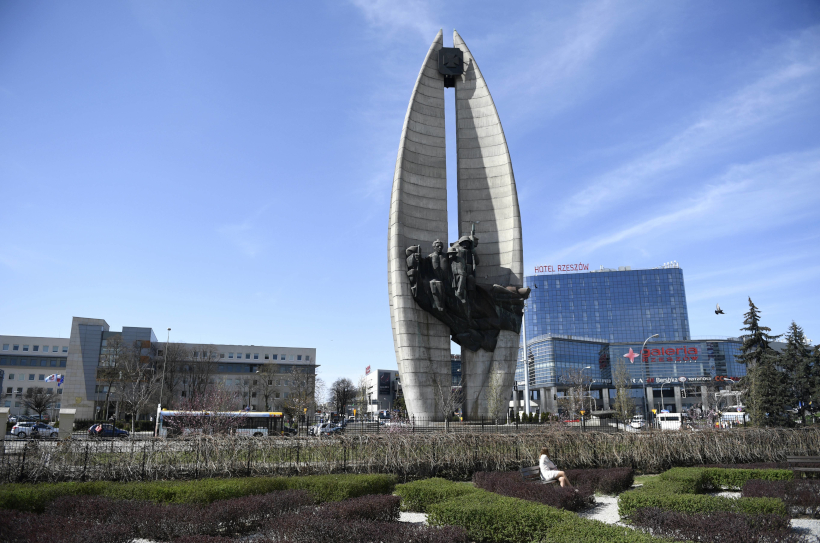 But for all the pain and scars that modern history has brought, Rzeszów has not been defeated. High on humour and odd peculiarities, it’s these little quirks for which the city’s becoming known: for example, an overblown monument marking the revolutionary uprisings in which the locals fought. Erected in the 70s, today you’re most likely to hear the natives dismiss it as ‘the vulva’. Visit, and you’ll instantly see why. Unsurprisingly, it’s become a key point of interest among merry, smirking sightseers. 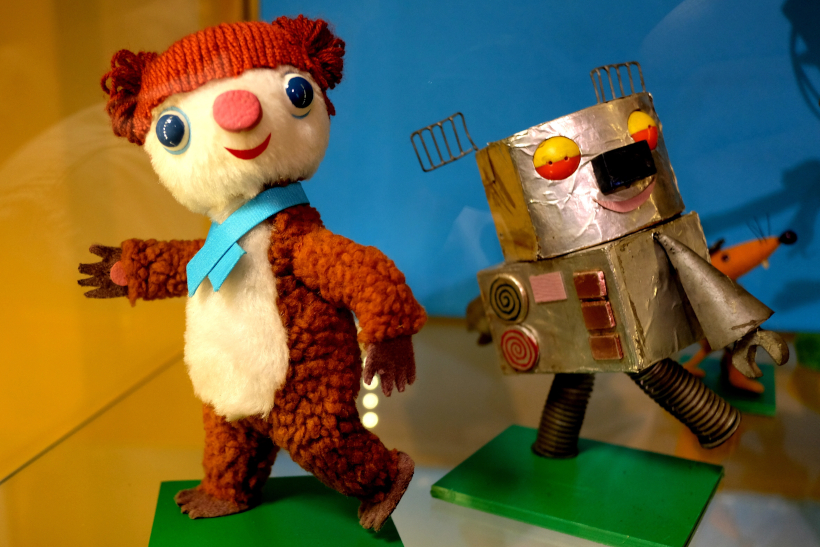 More innocent in its scope, no trip is complete without a visit to the Museum of Bedtime Stories. A brilliant romp through the world of Communist era Polish animation, it’s irreverent, irrelevant and a complete, utter joy. Stacked high with giant moles, Moomin posters, and puppets from productions with names such as The Kidnapping of Balthazar Sponge, it’s one of those nutty museums that leaves you bamboozled and bewildered but yet curiously thrilled. A bit, in fact, like Rzeszów itself.