Russia’s ambassador to Poland was splashed with a ‘red substance’ by anti-war protestors as he tried to lay a wreath at a Soviet war memorial in Warsaw on Monday.

Sergey Andreyev was forced to abandon his attempts to commemorate the Soviet victory over Nazi Germany, and had to return to his car under a police escort. 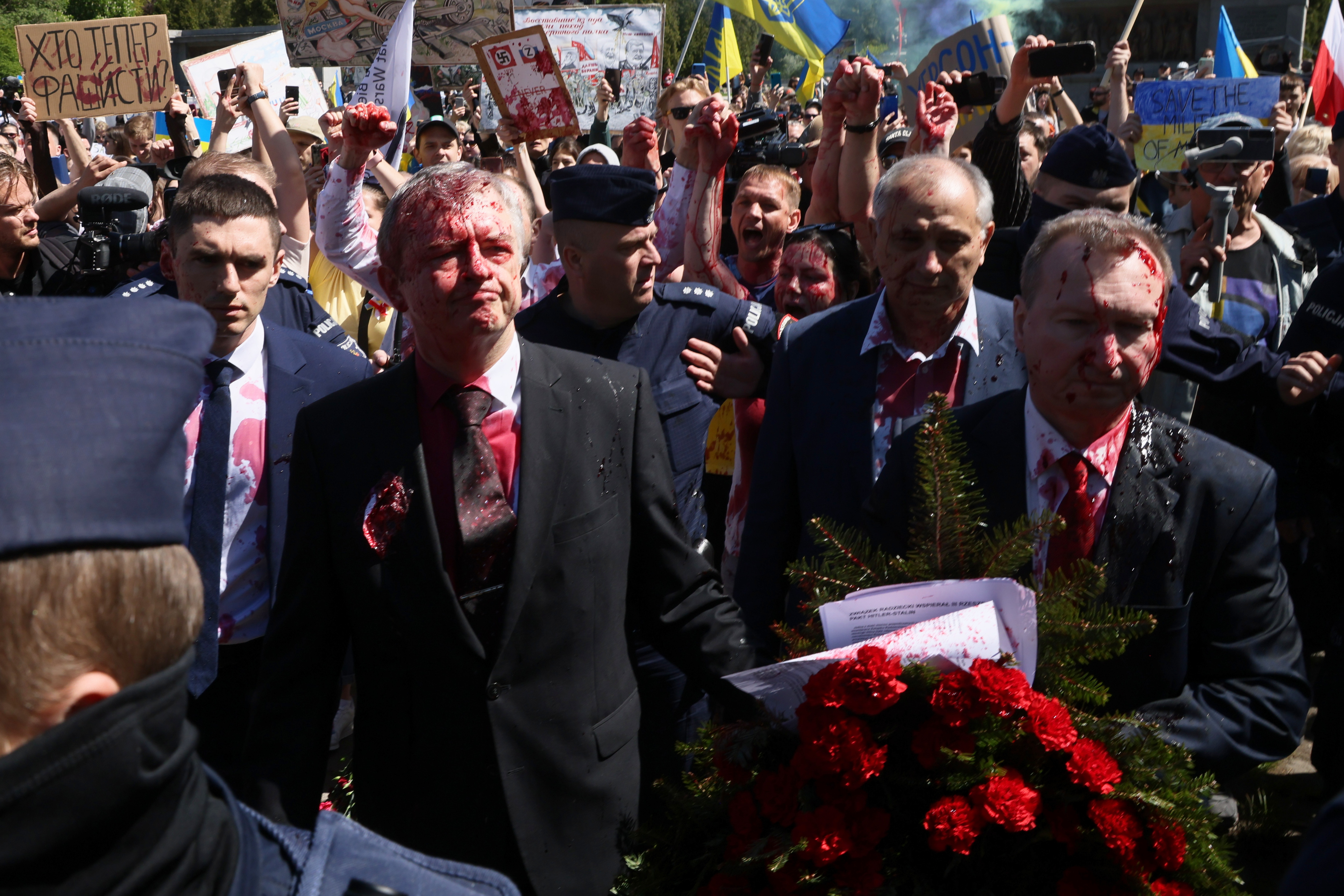 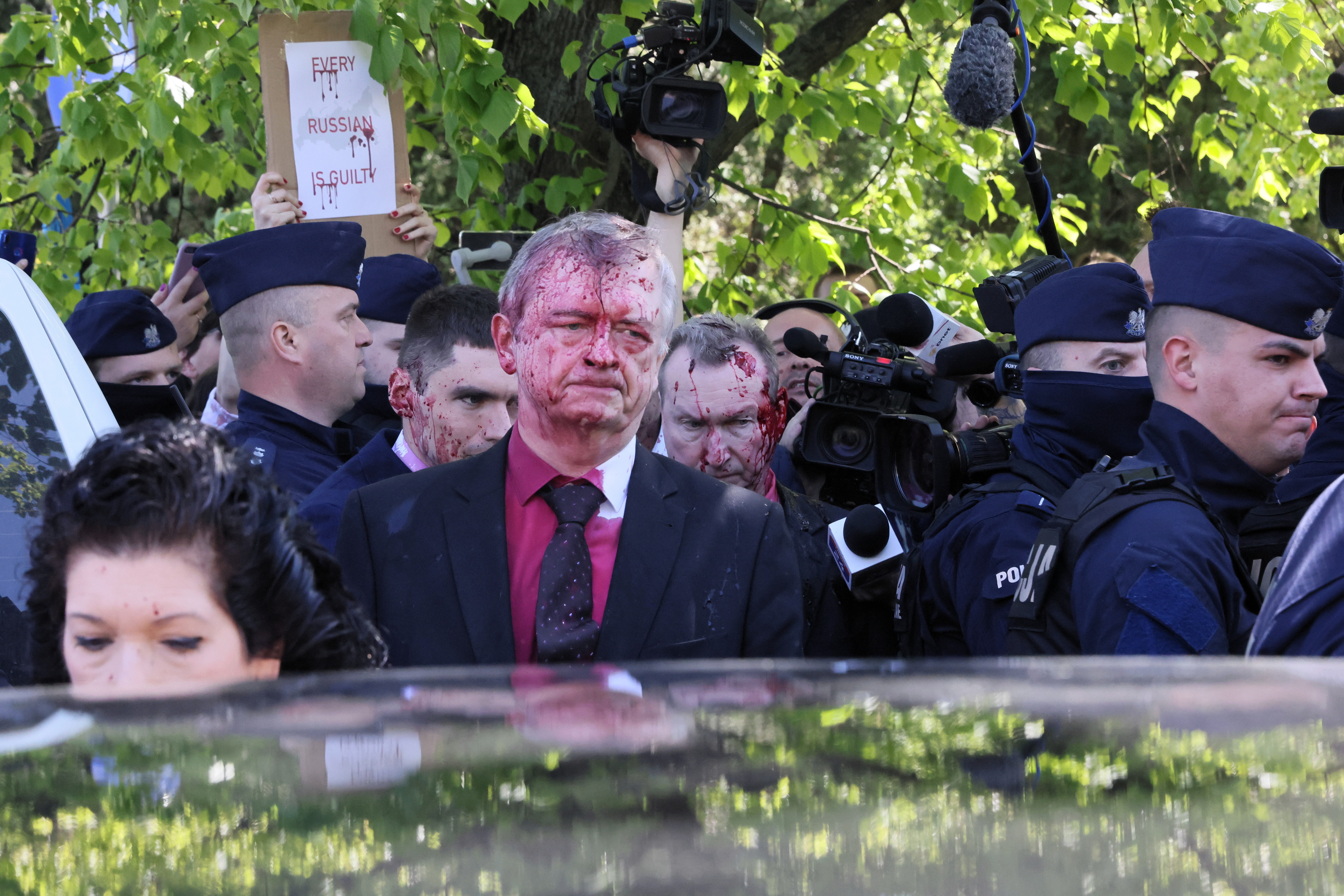 Andreyev along with other diplomats had been met by group of demonstrators carrying Polish and Ukrainian flags and chanting "fascists" and "killers."

They then chucked a red substance at the ambassador and prevented the Russian delegation from laying flowers.

Police intervened to help the ambassador and other members of his delegation get away. 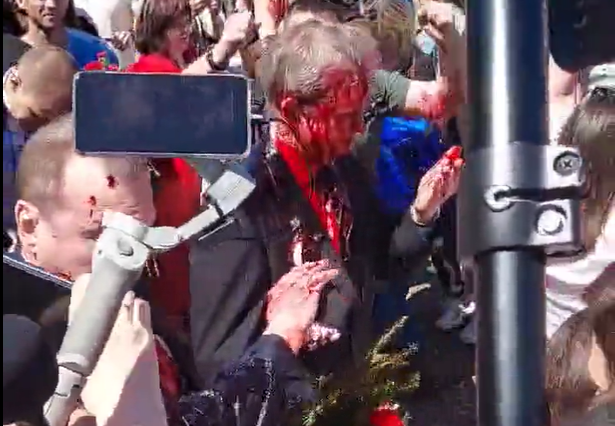 Protestors hurled a red substance at the ambassador and prevented the Russian delegation from laying flowers.Twitter 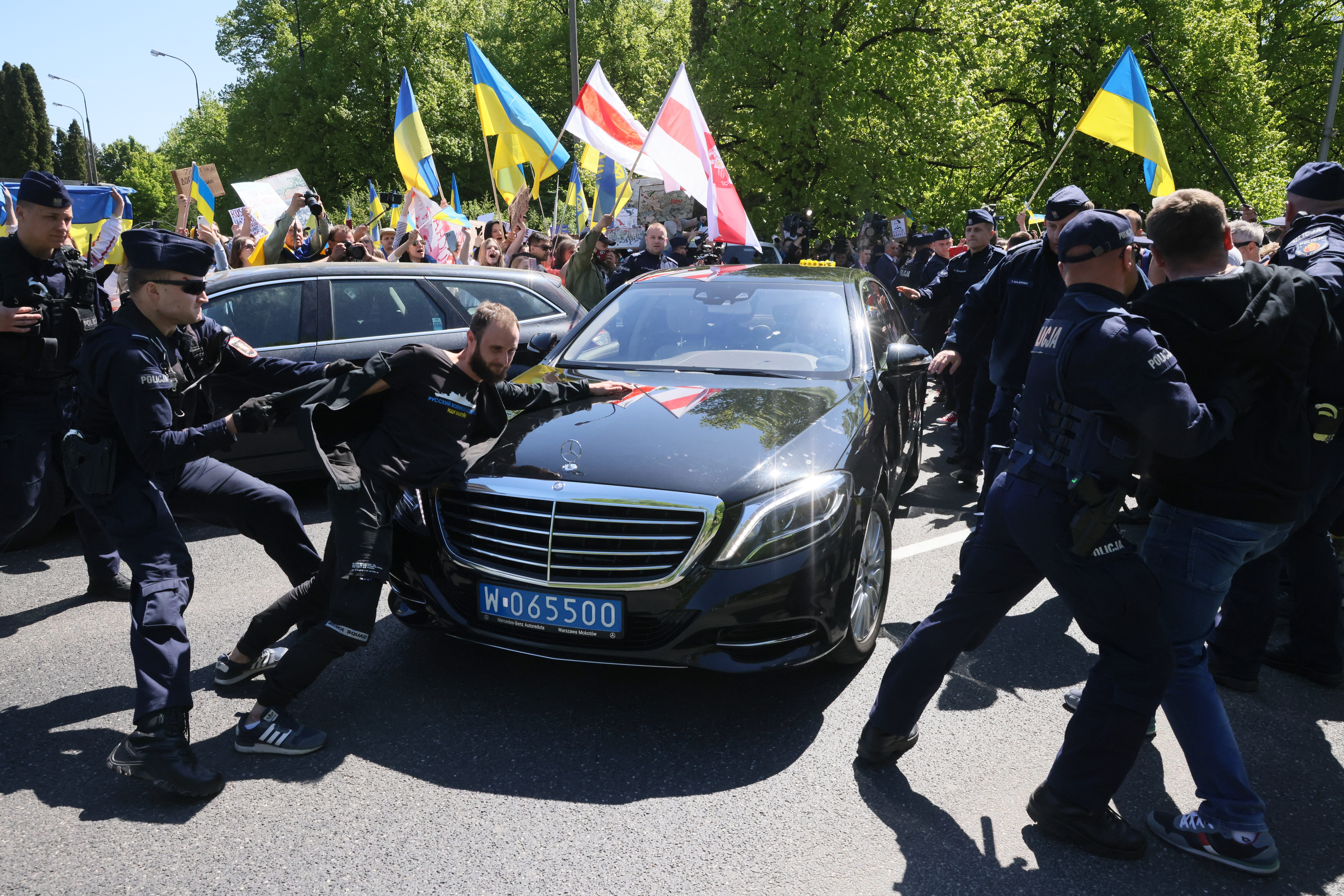 Police intervened to help the ambassador and other members of his delegation get away.Leszek Szymański/PAP Footage shows the ambassador wiping the red substance from his face.Twitter 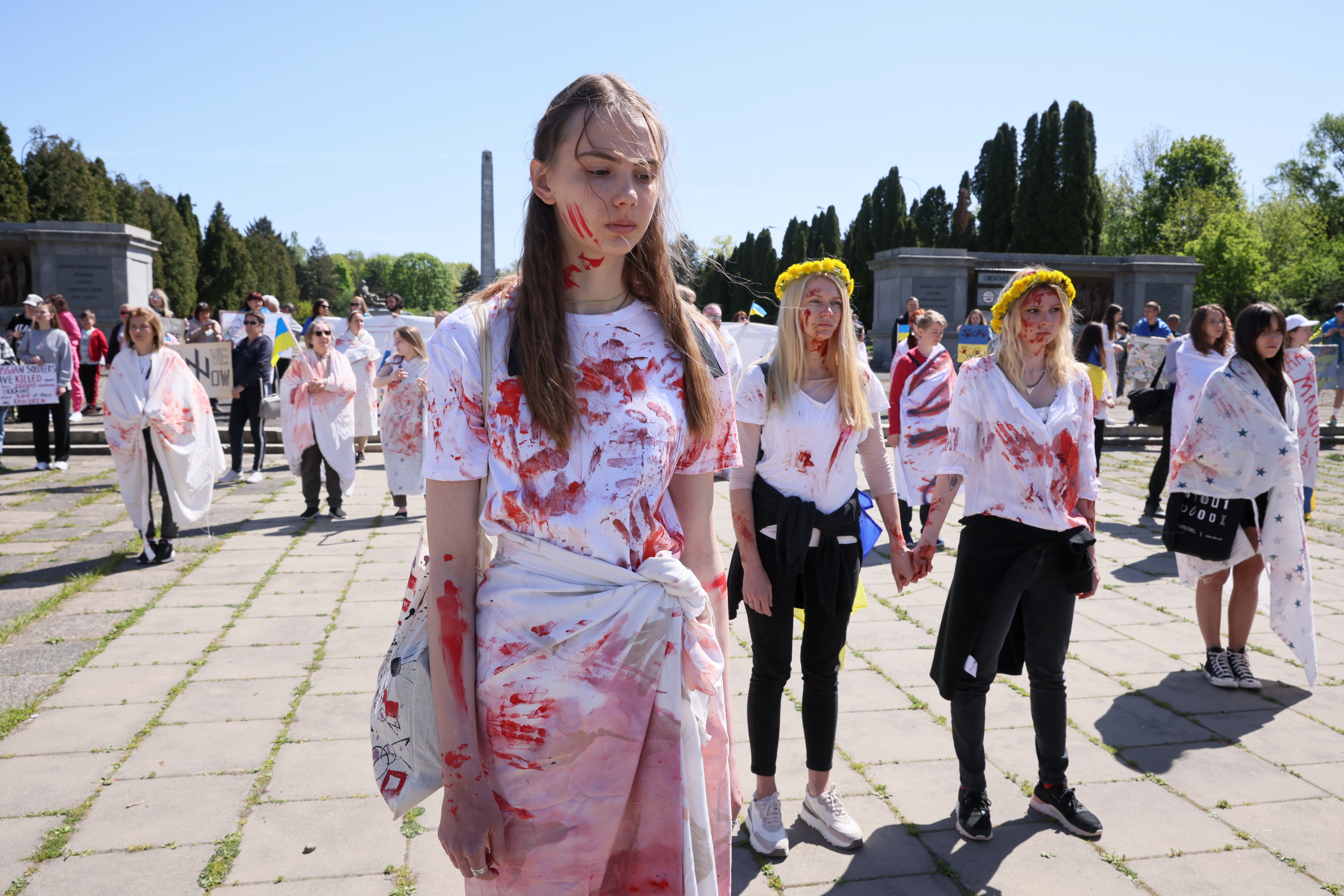 Demonstrators also covered themselves in red in protest against Russia’s war on Ukraine.Leszek Szymański/PAP

Russia’s state media was quick to react saying the attack was evidence of what it claims is growing anti-Russian sentiment and ‘Nazism’ in the West.

Spokeswoman for Moscow's foreign ministry Maria Zakharova, posted on her Telegram channel: “The demolition of monuments to the heroes of the Second World War, the desecration of graves, and now the disruption of the flower-laying ceremony on a holy day for every decent person prove the already obvious - the West has set a course for the reincarnation of fascism.”

Following Russia’s invasion of Ukraine in February, Soviet-era monuments across Poland were attacked by protestors. 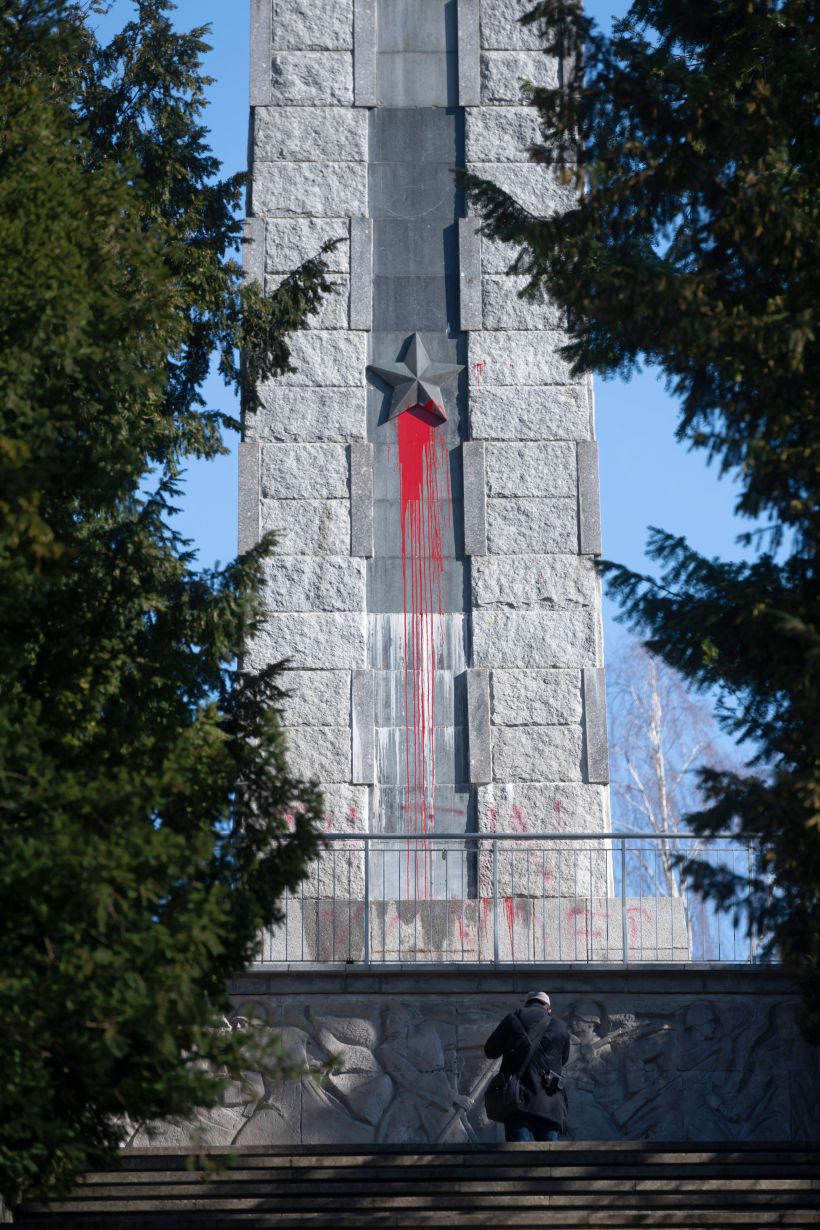 In Poznań’s Citadel where there are the graves of 5,000 Red Army soldiers, the start of March saw its dominant landmark – a soaring stone pillar – streaked and splattered with blood red paint.Jakub Kaczmarczyk/PAP 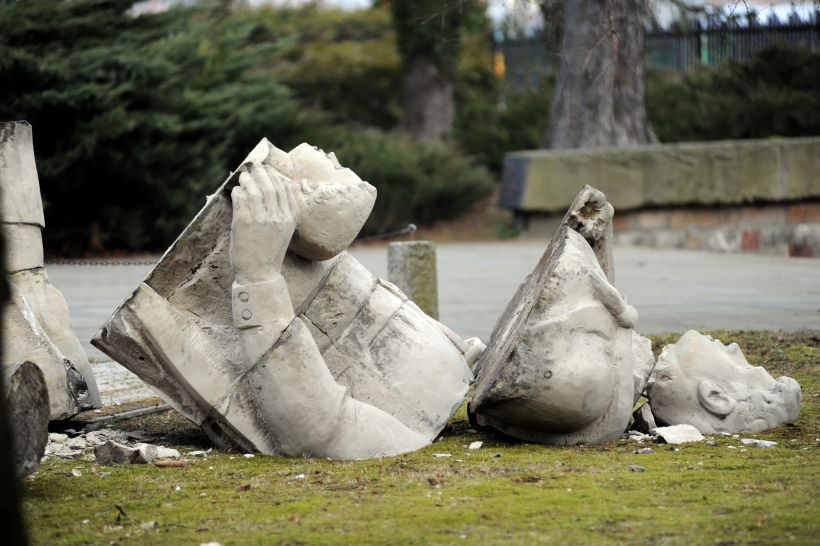 In Koszalin, a monument erected in 1954 was completely toppled.Marcin Bielecki/PAP

The Soviet Soldiers' Mausoleum Cemetery is located at Zwirki i Wigury Street in Warsaw and covers an area of 19 hectares.

It was established a few years after the end of World War II on an area of a large park.

President signs bill that will aid refugees looking for employment