A dog had a lucky escape from a bizarre death after becoming stuck in a pool of asphalt.

Firefighters, police officers and volunteers from an animal charity spent an hour freeing the hound after it became glued to the ground by the asphalt, which appeared to have been discarded, in the eastern town of Suwałki.

“We had a report that a dog was stuck in asphalt,” Fundacja Zwierzęta Niczye, the charity that helped recuse the dog and that now cares for it, wrote on its Facebook page. “The dog was alive.” 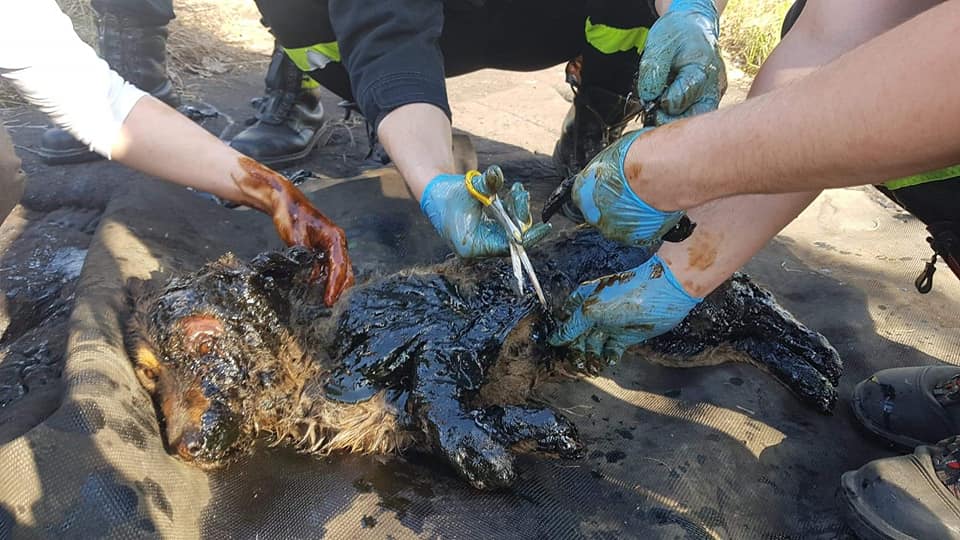 Paw thing! Rescuers had to cut away the animal’s fur to help ease him out of the sticky morass.Fundacja Zwierzęta Niczyje

Volunteers sent to investigate called the fire brigade and started work on freeing the animal. “Using oil as a lubricant we worked centimetre by centimetre.”

Rescuers also had to resort to cutting away the dog’s fur to help ease him out of the sticky morass. 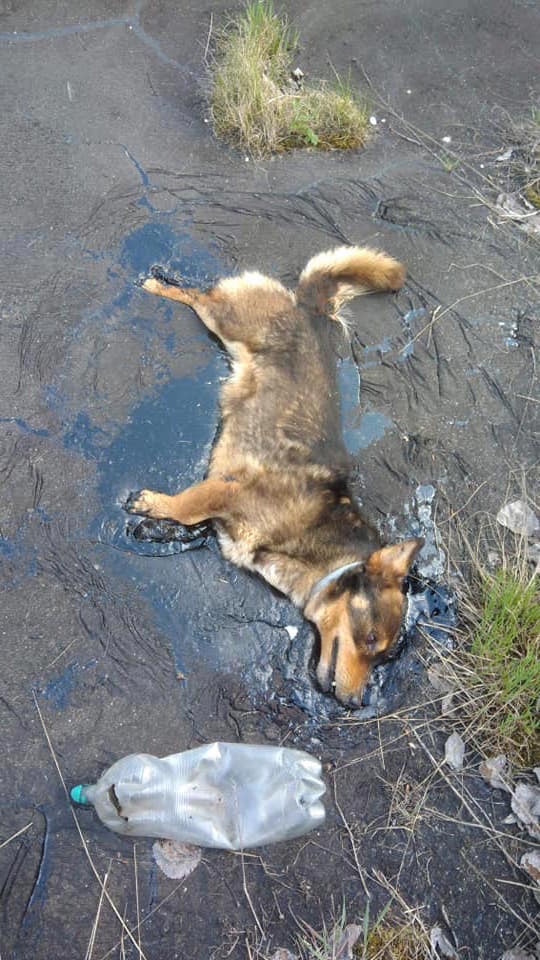 The dog was found ‘glued to the ground’ by passersby who alerted a nearby animal charity. Fundacja Zwierzęta Niczyje

Nobody is sure how the dog got stuck in the asphalt, and how long it was there for, but it appears to have escaped without serious injury despite one eye being covered in the goo. 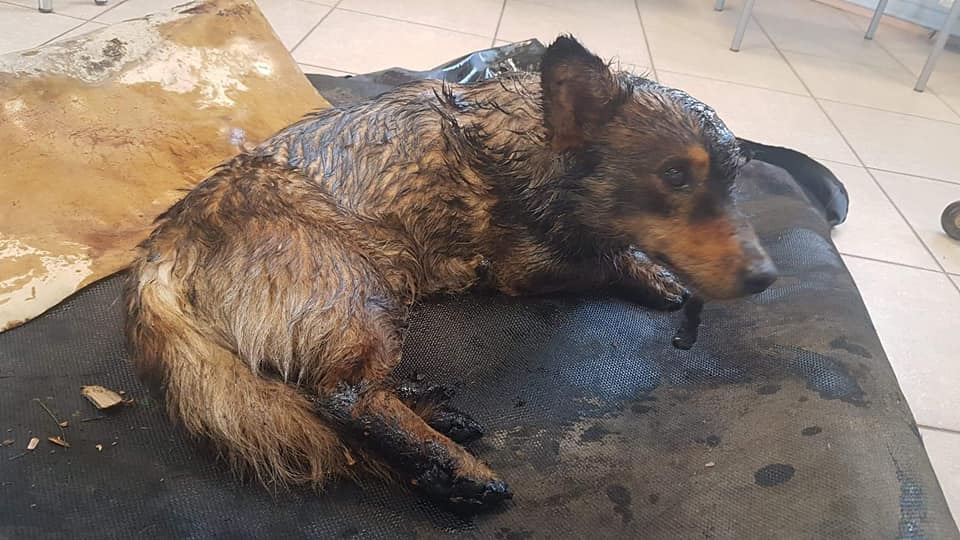 The pooch is now making a full recovery despite one eye still being covered in the goo.Fundacja Zwierzęta Niczyje

“I’m cautious but the prognosis is good,” Ewa Borejszo, the vet looking after him, told the TVN television network. “I expect him to recover.”

Fundacja Zwierzęta Niczye has launched an appeal for funds to help it look after the dog, and it is also trying to locate the owner.